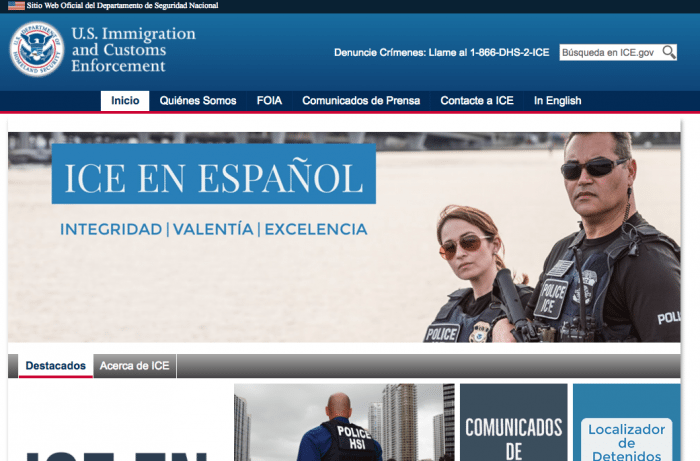 And this is White House en español (so far): 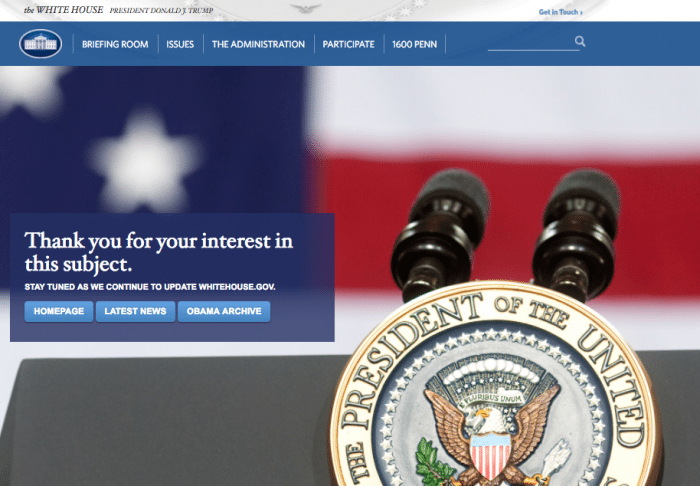 ICE issued a press release about the new Spanish-language version: 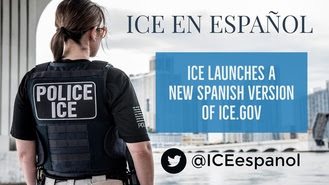 “The new ICE.gov/es is our most recent step in increasing access to important and accurate information about ICE,” said Liz Johnson, Assistant Director of Public Affairs. “Offering information in other languages helps ICE communicate across cultures and reach a broader audience, while also ensuring that the public can obtain information directly from ICE, and not from unofficial – and possibly unscrupulous – sources.”

Coinciding with the expansion of ICE’s website, ICE is also announcing the launch of@ICEespanol. These new outreach platforms will allow ICE to reach new audiences to explain the importance of the agency’s mission.One of the highlights of ICE.gov/es is informing Spanish-speaking audiences about the important work ICE does, such as combating child exploitation, human trafficking and fighting transnational gangs.

So, expect more and more tweets in Spanish such as these: