The Caribbean Cinemas in Plaza las Américas opened alongside the mall as San Juan metropolitan area begins to return to the new normal in Puerto Rico. (Photo by Edwin Jusino/Latino Rebels)

SAN JUAN, PUERTO RICO — Much has been said of Puerto Rico by the national media, particularly after San Juan mayor Carmen Yulín Cruz’s explosive comments. Pictures of kids and their families crossing rivers, and mayors from different areas of Puerto Rico detailing the destruction of their towns.

These stories mostly come from the rural and central municipalities of Puerto Rico. Towns like Yabucoa, Adjuntas, Utuado, and Sabana Grande are all outside the metropolitan area, and whose main economical focus is agriculture. Some communities in these municipalities are still isolated from the world, without any food, water or even medical supplies. Two weeks after Hurricane María, and a month after Irma, there are still heavily affected communities in grave danger and need.

The situation in Puerto Rico’s major cities, however, is quite different, due to government efforts or the passage of two weeks since María hit the island. Particularly in San Juan and its metropolitan area, slowly but surely things are returning to a new normal. Traffic jams have begun to prop up in the highways, as more and more vehicles travel to and from businesses that have opened. 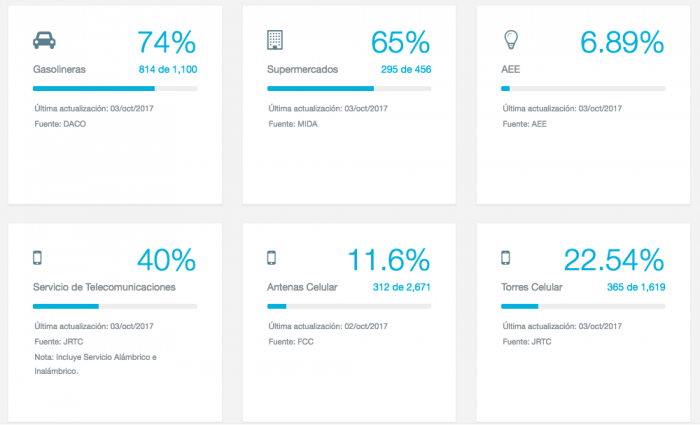 Two week after María, some tourists could be seen running among the seaside tourist neighborhood of Condado, near old San Juan. The Metropolitan Bus Authority has begun to offer its services again, and buses can now be seen in some areas. Power has been restored to some areas (Condado included) and luxury hotels have begun to be open for service.

The Puerto Rico Aqueduct and Water Authority has reestablished water in many parts of the metropolitan area, and Monday on WKAQ radio, the authority’s president reported that the public corporation was working to restore between Tuesday and Wednesday, potable water services to neighborhoods like Fairview and Cupey.

Gasoline lines have begun to slowly but surely disappear as gas stations begin to open and receive constant supplies of gas and diesel. Waiting time has been decreased from 10 hours to around 30 minutes to an hour, depending on where and when you go to fill up your gas.

On Sunday the biggest mall in Puerto Rico and the Caribbean, Plaza las Américas, opened its doors to the the public. Macy’s, JC Penney, Sears and other stores were operating as if it were just a regular old day. Some hallways of the mall were closed off to the public, but considering that Plaza allegedly received flooding damage on its first floor, it’s understandable. 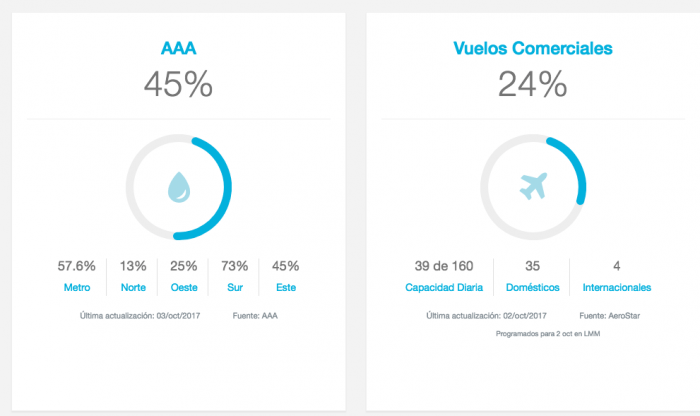 On a visit by Latino Rebels yesterday, people could be seen congregating around power outlets to charge cellphones and other devices. Also, Caribbean Cinemas in Plaza las Américas was open, selling tickets for the same movies as it had before María struck. It’s as if time had stood still for two weeks.

The food court was a different story. Lines had waiting times of around three hours long, or fast food restaurants like Burger King. Restaurants like Faccio Pizza, and Applebees’s didn’t have as many people waiting in line.

People from as far as Arecibo made the trek to Plaza las Américas, Latino Rebels could confirm.