A Letter to My Slain Cousin 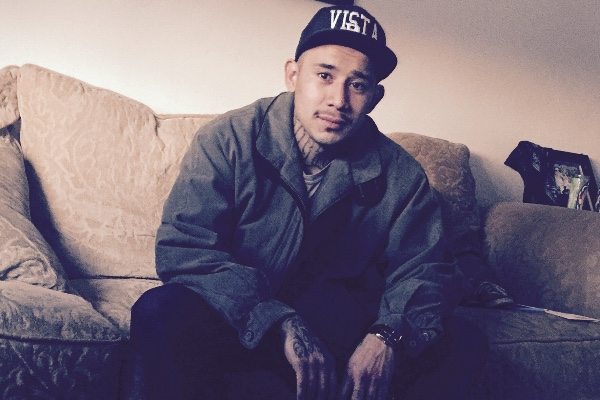 It took 16 gunshots by San Diego Sheriff’s officer Christopher Villanueva to wipe out your beloved earthly existence on July 5, 2017. According to the eyewitness who spoke with you during your last breaths, you were unarmed and intentionally lying on the ground shirtless to prove it. Yet even this blatant form of compliance did not stop officer Villanueva from firing 16 hollow-point bullets into your lean body and then proceeded to point the gun at your head, instructing you not to move.  As if any human being could move after being riddled with 16 hollow point bullet gun shots. Hollow-point bullets expand upon entering a target to decrease penetration and disrupt more tissue. Officer Villanueva intentionally tortured you and left your body on the ground for hours to die slowly.

I shared a home with you throughout my childhood. You were one of those kids so full of vibrant energy that could lit up any room you entered. You had a contagious laugh—I can still hear how you would initiate a chorus of laughter among our many cousins. Your ear-to-ear smile was warm and endearing. I cherish all the moments we spent hanging out on the porch listening to music, racing our bikes around the backyard, and opening presents together on Christmas.

During our early adolescence, you volunteered to be a Chambelan for my quinceñera and dance with me in front of everyone, even though at that time you hated dancing. You were always selfless, compassionate and kindhearted. When I moved 12 hours away from home to become the first in our family to go to college, you wrote me letters of encouragement. Now those letters are all I have left to hear your voice.

“My mom tells me you are really into representing the rights of women. It makes me feel good knowing I have family doing it up out there. Once I graduate I’m going to start mechanic courses. I’m interested in being a mechanic,” were some of the last words you wrote to me.

It deeply pains me that at the age of 24m your life was cut and that you now won’t accomplish your goals. It absolutely grieves me that your three-year-old daughter who meant the entire world to you is now fatherless. I am writing this one last letter to you in the effort of moving towards healing from this atrocity, even though I will never be able to hand it to you.

How does one reconcile the fact that a loved one was mercilessly slaughtered by a government entity that claims to protect and serve?

How does one cope with witnessing the condoning of the senseless murder of a loved one through a refusal to hold the murderer accountable and even rewarding the murderer with paid leave?

These are questions Black and Brown communities across the United States are repeatedly grappling with. We learn from lived experiences that the United States’ justice system not only doesn’t protect us, but exerts violence against us. We are deemed guilty first and denied our right to prove our innocence. We are stripped of our most basic constitutional rights. We are violently torn apart from our families. We are not allowed to parent. We are not allowed second chances. We have to be exceptionally outstanding individuals in order for our lives to be slightly valued in mainstream public opinion. After the police murder us we face repeated efforts to demonize our images in order to justify the murder. We have to convince people of our humanity. We have to justify our right to live. The degree of everyday terror that Black and Brown people are forced to endure in this country is egregious.

The imagery described by the eyewitness of your thin body squirming in agonizing pain from the 22 gunshot wounds still haunt me. I cried to the point in which my face was in physical pain. I did not know a person could shed so many tears. Months before Villanueva executed you, he also slaughtered another man by unloading 18 gunshots at him. It is sickens me to know that officer Villanueva deliberately creates such scenes of slaughter. I wonder at which point in his life he gave up his own humanity and became a monster. Officer Villanueva disregarded your constitutional right to due process and acted as the judge, jury, and executioner. A state that allows government authorities to brutally execute an unarmed individual by firing 16 gunshots sets a dangerous precedent for everyone. The Vista Sheriff’s department has condoned this behavior by allowing Villanueva to remain a police officer despite his repeated unconstitutional and monstrous acts. It is clear that the Vista Sheriffs disregard the rule of law. This is why many run away from the police. Running appears to be our only chance to remain alive.

Your family and the community are fighting hard for you. A civil lawsuit is being filed and a peaceful protest will occur in Vista, California, on December 2 at 11:00 a.m. What has brought me hope and strength to move forward is seeing various communities and individuals come together to express their outrage. It has been especially moving to see other families who have lost someone to police brutality join in solidarity. It is truly remarkable that despite the torment of losing a loved one to police brutality we still rise.

They tried to bury us but didn’t know we were seeds. The degree of collective resilience we create when we join together to fight for our loved ones, for our dignity, and for our right to exist is powerful beyond measure. I am eager to see what can happen when people unite to advocate for true justice. I want you to rest assured that I will do everything in my power to continue fighting for you. I hope that if I am ever a victim of police brutality people will fight for me too. Rest in power, Jonathon.

One response to “A Letter to My Slain Cousin”