EDITOR’S NOTE: The following is part of media release from Human Rights Watch. 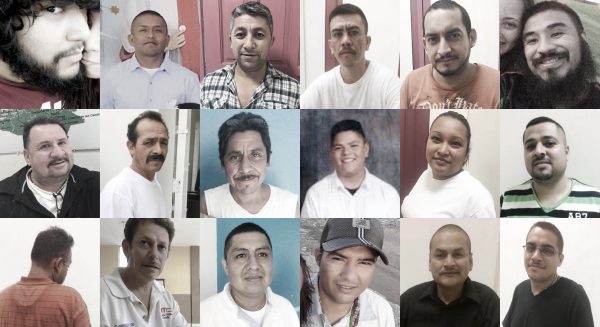 (Washington, DC, December 5, 2017) – A surge in immigration arrests of people living in the United States under the Trump administration is having a devastating impact on long-term immigrants with strong ties to the U.S., Human Rights Watch said in a report released today.

According to numbers released by the U.S. Department of Homeland Security on December 5, 2017, from the start of the Trump administration through the end of September, the number of immigrants seized in the interior of the country rather than at the border —many of them wrenched from their families and communities— increased by 42 percent, compared to the same time period in 2016. Immigration arrests of people with no criminal convictions nearly tripled compared to approximately the same time period in 2016.

The 109-page report, “The Deported: Immigrants Uprooted from the Country They Call Home,” along with an interactive website that became live on December 5, 2017, documents 43 cases in which immigrants, many of them long-term residents with strong family and other U.S. ties, were deported through proceedings that largely disregard immigrants’ fundamental rights and almost never take due consideration of their U.S. homes and families. Teams of Human Rights Watch researchers interviewed the deportees inside Mexico. The report also analyzes US government data on arrests and deportations in the first seven months of the Trump administration. (This data was provided by US Immigration and Customs Enforcement previous to its release of year-end numbers on December 5.)

“The numbers and accounts of the people who are being deported make clear that long-term immigrants with strong US ties are aggressively and systematically being scooped up and deported,” said Clara Long, senior U.S. researcher at Human Rights Watch. “These are not outliers or a smattering of cases; instead, this is the brutal, destructive face of Trump immigration policy.”

Upon assuming office, Trump signed two executive orders that make nearly all unauthorized immigrants living in the U.S. priority targets for arrest, detention, and deportation. The orders revoked guidelines that narrowed the focus of enforcement efforts to recent border-crossers and noncitizens with certain criminal convictions.

The impact of these actions has been immediate and severe, Human Rights Watch found. Under the Trump administration, there were a total of 110,568 interior arrests from January 20 through to September 30, the end of the fiscal year, compared to 77,806 during the same time period in 2016. Of these arrests, 31,888 people had no criminal convictions, compared with 11,500 during approximately the same period in 2016.

Among those interviewed are:

The full names or real names of those interviewed are not used for their protection.

Under current U.S. law, despite these immigrants’ close family relationships to U.S. citizens and long-term presence in the US, they have no realistic way to gain legal status.

For more about HRW’s latest report, visit “The Deported: Immigrants Uprooted from the Country They Call Home.”