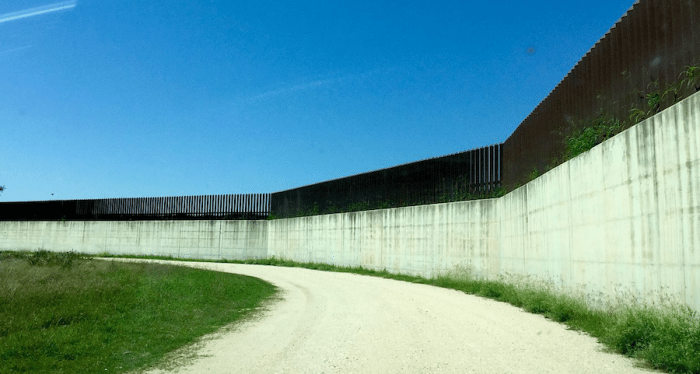 If Democratic leaders make a deal with President Donald J. Trump on his “shithole” border wall, they will secure his reelection in 2020. (Here, I’m borrowing a word, “shithole,” from the self-proclaimed “stable genius” in the White House.)

Eight years of a disastrous Trump administration is not acceptable. Neither the United States nor the world can survive eight years of the “Racist-in-Chief” and “Hustler-in-Chief.”

It appears that Robert Mueller’s ongoing investigation represents the only hope to impeach Trump or force him to resign like former President Richard M. Nixon. And while he’s at it, Mueller shouldn’t forget about Vice President Mike Pence—a more polished bigot. No pressure, Mr. Mueller!

Regarding funding for his “shithole” wall, let’s not forget that Trump, during his presidential campaign, guaranteed his rabid supporters that Mexico will pay for it. When Mexican leaders rebuked his lie or white-nationalist fantasy, Trump, in a GOP primary debate on CNN (February 25, 2016), responded with a false sense of indignity: “The wall just got 10 feet higher.”

If Trump was partly (or mostly) elected on the promise (or racist premise) to keep more brown people (and Muslims) from entering the United States, then, why are Democratic leaders negotiating with Trump on funding his wall? According to The Washington Post on January 20, Senate Minority Leader Charles E. Schumer originally offered Trump funding for the wall in exchange for Trump’s support of the Deferred Action for Childhood Arrivals (DACA) program.

It’s disappointing, but not surprising, that even Rep. Luis Gutiérrez —as an advocate of immigrants in Congress— also offered to support Trump’s wall in exchange for DACA. According to Gutiérrez, in a CNN interview, in order to help DACA recipients or DREAMers, he’s willing to “go down there with bricks and mortar and begin the wall.”

What’s wrong with Schumer and Gutiérrez? Don’t they understand that if Trump secures billions of dollars for his “shithole” wall (his signature campaign promise, where Mexico would supposedly pay for), he will win  a second termin 2020?

As I’ve argued in my last op-ed, Trump manufactured a crisis among DACA recipients when he announced on September 5, 2017 the end of President Barack “Deporter-in-Chief” Obama’s executive order, providing temporary relief from deportation and work permits for an estimated 800,000 undocumented youth. As the “Hustler-in-Chief,” Trump is now using DACA as a bargaining chip to secure his “shithole” wall.

Now that Schumer has come to his senses (or was pressured to) by withdrawing his support for the wall —after caving on the recent, three-day government shutdown— the Senate Minority Leader and his colleagues in the Senate and House must unite and stand firm against the “Racist-in-Chief” and complicit Republican leaders on passing a clean DACA bill.

Like Republican leaders, Democratic leaders must be on the same page and use the same talking points in making their case or framing their argument for DACA in particular and immigration reform in general. For instance, in making their case, Republican leaders are advancing a xenophobic and an enforcement-only immigration agenda by ending the diversity visa lottery program, terminating/limiting family reunification (so-called “chain migration”), securing funding for the “shithole” wall and other draconian measures, like E-Verify. 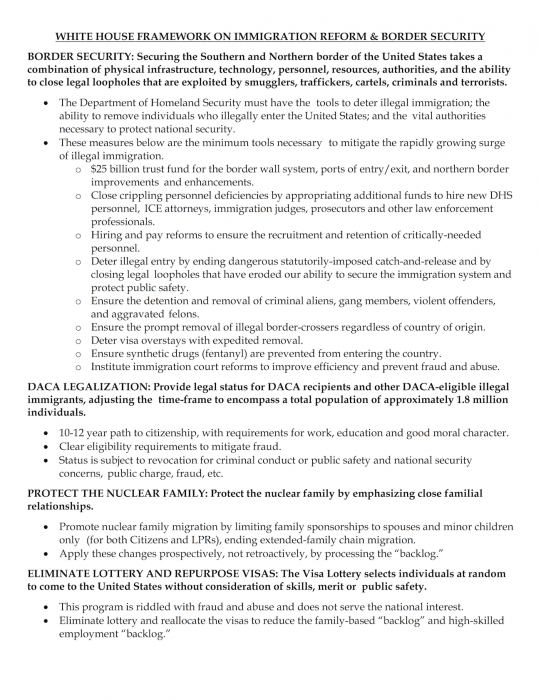 To counter these extreme positions, Democratic leaders should forcefully argue that Trump and the complicit, morally bankrupt Republican leaders don’t want anymore Brown or Back people migrating to this country. For example, during a White House-led meeting on January 11, when inquiring about immigrants from El Salvador, Haiti and African countries, Trump revealed his true intentions or motives behind his thinking (assuming he thinks for himself) on immigration policies: “Why are we having all these people from shithole countries come here?”

To get on the offensive, Democratic leaders should publicly (and repeatedly) ask Trump and complicit Republican leaders if they would support the visa lottery program, family reunification policy and DACA program if it only applied to immigrants from European countries, like Norway?

Enough with this nonsense!

Finally, besides my own book, Reframing the Latino Immigration Debate: Towards a Humanistic Paradigm, I will also suggest my own 2015 TEDx talk, “Migration as a Universal Human Right.”

To conclude, while Democratic leaders must redeem themselves on the question of immigration —based on their inhumane record of supporting draconian policies and programs— it’s incumbent on all of us who believe in just and humane immigration reform to advocate for and collaborate with those living and working in the shadows of society.

Dr. Alvaro Huerta is an assistant professor of urban and regional planning and ethnic and women’s studies at California State Polytechnic University, Pomona. He is the author of Reframing the Latino Immigration Debate: Towards a Humanistic Paradigm, (San Diego State University Press, 2013).