Nicaragua Poised to Clash With US at UN General Assembly 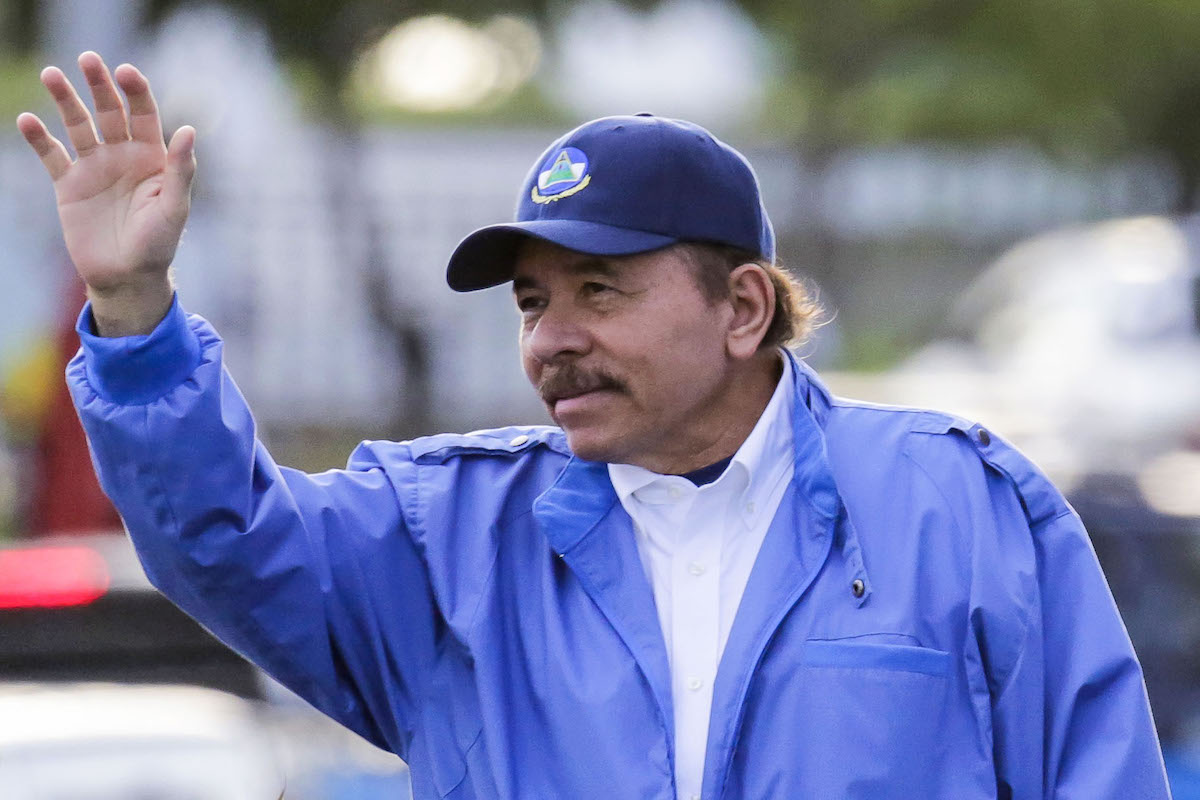 Nicaraguan President Daniel Ortega salutes his supporters during the commemoration of Central America’s 197th anniversary of Independence, in Managua on September 15, 2018. (Photo by INTI OCON/AFP/Getty Images)

The United States put the roiling domestic unrest in Nicaragua on the U.N. Security Council’s agenda this month, only days after the country expelled a UN human rights mission sent to investigate reports of abuses by the government of President Daniel Ortega since the mass April demonstrations.

With economic sanctions passed in the U.S. House of Representatives by unanimous consent and pending in the U.S. Senate through the Nica Act, tensions escalated when the Sandinista leader confirmed he would attend the 73rd General Assembly for the first time in 11 years. But after the United States declined a potential meeting between Ortega and President Donald Trump, Ortega’s name was discretely eliminated from the updated plenary schedule.

The reaction at the world body also reflects American unease with growing investment over the past decade by China and Russia in the small Central American country, giving Nicaragua’s domestic turmoil geopolitical dimensions.

In April, mass demonstrations against proposed pension reforms to increase worker and employer payments and reduce future pensions sparked calls for Ortega’s resignation, leading to a violent government crackdown that put hundreds of protesters in prison and left an estimated 300 dead. It is the Nicaraguan leader’s biggest crisis since the electorate voted him back into office in 2007.

In addition, on August 31, Ortega’s government summarily expelled an invited four-member U.N. human rights mission that investigated accusations of government repression and human rights abuses during the protests. The expulsion decision, sent in a letter to the delegation from Foreign Minister Denis Moncada, came two days after the commission published a scathing 41-page report that documented instances of extrajudicial killings, enforced disappearances and torture.

“Given that the reasons, causes and conditions that gave rise to this invitation have ceased,” Moncada wrote, “this Ministry announces that it concludes the invitation and finalizes the visit as of August 30.”

The Nicaraguan Center of Human Rights, known by its Spanish acronym as Cenidh, first confirmed the delegation’s dismissal, condemning the government’s action as a display of arrogance and intolerance. Cenidh’s president, Vilma Núñez, went to the extreme of saying Ortega had turned Nicaragua into one big prison.

The four-person human rights mission left Nicaragua on September 1. Liz Throssell, a spokesperson for the U.N. High Commission for Human Rights, said the UNHCR would continue to monitor the country’s human rights situation remotely, seeking to be “a voice for the victims.”

The government’s 33-page rejection of the report accused the UNHCR of overreaching, given that its representatives had been invited to accompany a commission the government established to disarm pro-government elements and foster dialogue among the stakeholders in the April events. The government’s rebuttal also contended that the human rights commission’s report ignored that the underlying aim of the protests was to overthrow a democratically elected government in a coup d’etat. 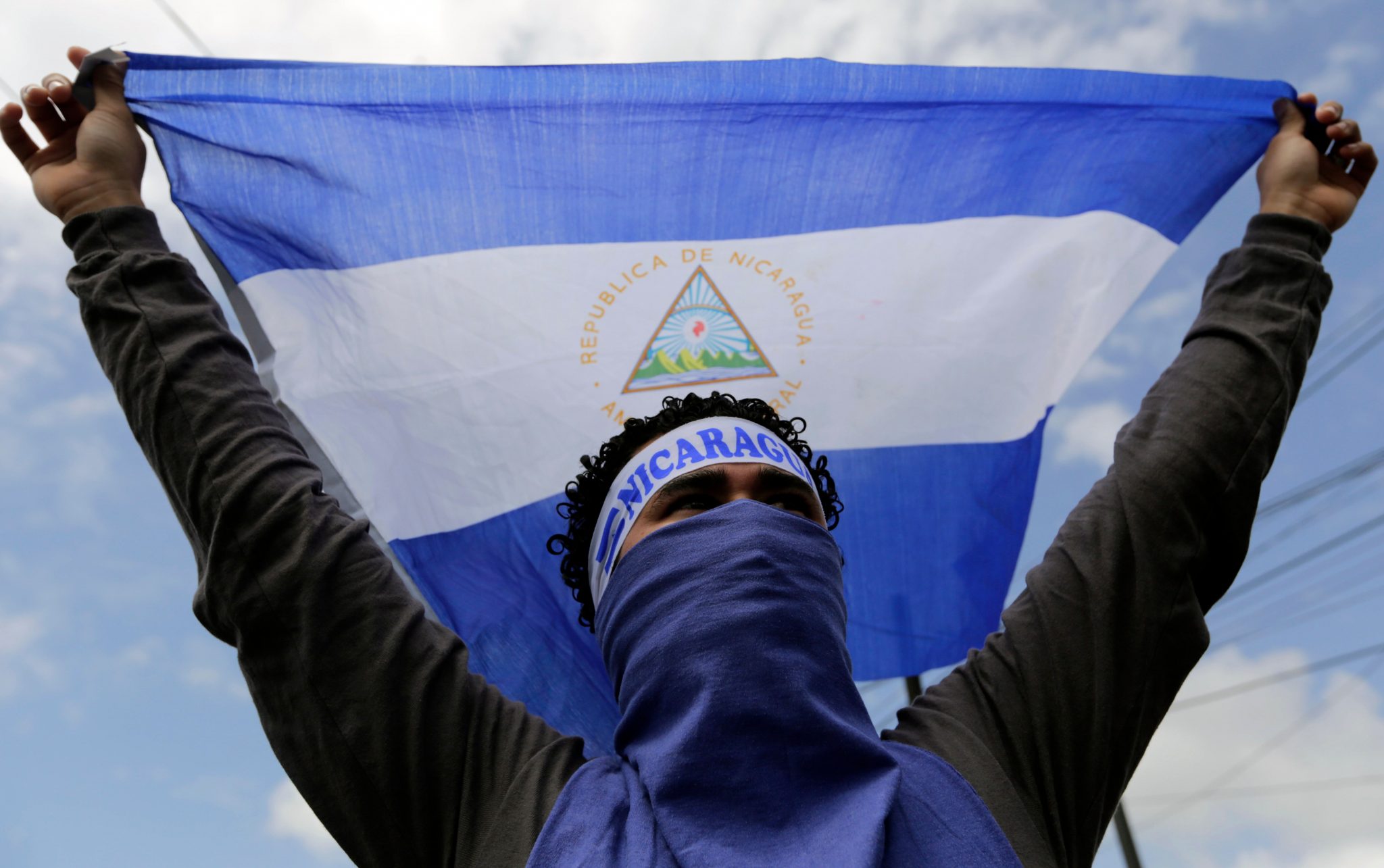 An activist holds a flag during during a protest against Nicaraguan President Daniel Ortega’s government in Managua, on September 23, 2018. (Photo by NTI OCON/AFP/Getty Images)

“In the last 11 years,” the report said, “Nicaragua has been the safest country in Central America and the second safest in Latin America and the Caribbean; with a police force internationally recognized for their work protecting people, families and communities, and guaranteeing high levels of safety and stability that excel in the region.”

Ortega alluded to the U.N. presence publicly. At a pro-government rally the same week human rights delegation was dismissed, he said that international organizations had become “the instruments of the powerful,” and a few days afterward he spoke in an interview of the threat of US military intervention.

The director of Human Rights Watch for the Americas, José Miguel Vivanco, called the expulsion a move to conceal the brutality that the government has brought down on the people of Nicaragua. He called on the U.N. Security Council to demand an end to the government crackdown and accountability for the high-level officials responsible for the abuses.

Indeed, the United States, as September’s U.N. Security Council president, placed the situation in Nicaragua on the agenda for the first time since the April protests. The debate took place September 5. At a news conference the day before, U.S. Ambassador to the U.N. Nikki Haley said the purpose was to spotlight the ongoing unrest in Nicaragua and warn of the risk of Nicaragua turning into another Venezuela or Syria.

“Daniel Ortega has adopted the tactics of the dictators he once claimed to oppose,” Haley said. “We shouldn’t be surprised, Daniel Ortega and Nicolás Maduro are cut from the same corrupt cloth. They are both students of the same failed ideology, and they are both dictators who live in fear of their own people.”

During the Security Council meeting, Gonzalo Koncke, chief of staff to the Secretary General of the Organization of American States, situated the Nicaraguan conflict into the broader migratory crisis and called it a threat to regional security. Venezuela, where the exodus of Venezuelans to neighboring countries has become a regional crisis should serve as a “cautionary tale for us,” he alerted. “Nicaragua,” he said, “cannot continue to have an upsurge in its political and economic life… and we can only see an increase in the migratory crisis if this continues.”

Nevertheless, no consensus emerged among the 15 Security Council members. Russia, Venezuela, China and Bolivia sided with Nicaragua, saying that to put Nicaragua’s internal strife on the Security Council agenda was interference with the domestic affairs of a sovereign nation.

Experts in the region like Laura Blume, an academic at Boston University who studies the political causes and consequences of violence in Central America, contend that the United States is likely not the ideal interlocutor for Nicaragua’s human rights crisis. She cites the long history of U.S. involvement, going back to its support of Nicaraguan dictator Anastasio Somoza in the 1960s and ’70s along with other military strongmen in the region. In an interview, Blume said that the current Washington administration does not really care about the ill-treatment of Nicaraguan protestors, nor does it “do anything for purely human-rights-related reasons.”

In an article published last month, in the NACLA Report on the Americas, Blume contrasted Washington’s reactions to reports of human rights violations in Honduras and Nicaragua, both countries Amnesty International say exemplify a regional trend toward violent government response to civil protest. “What sets the two situations apart, however,” she wrote, “is the U.S. hypocrisy of continuing to support Honduran President Juan Orlando Hernández while decrying the human rights violations in neighboring Nicaragua.” 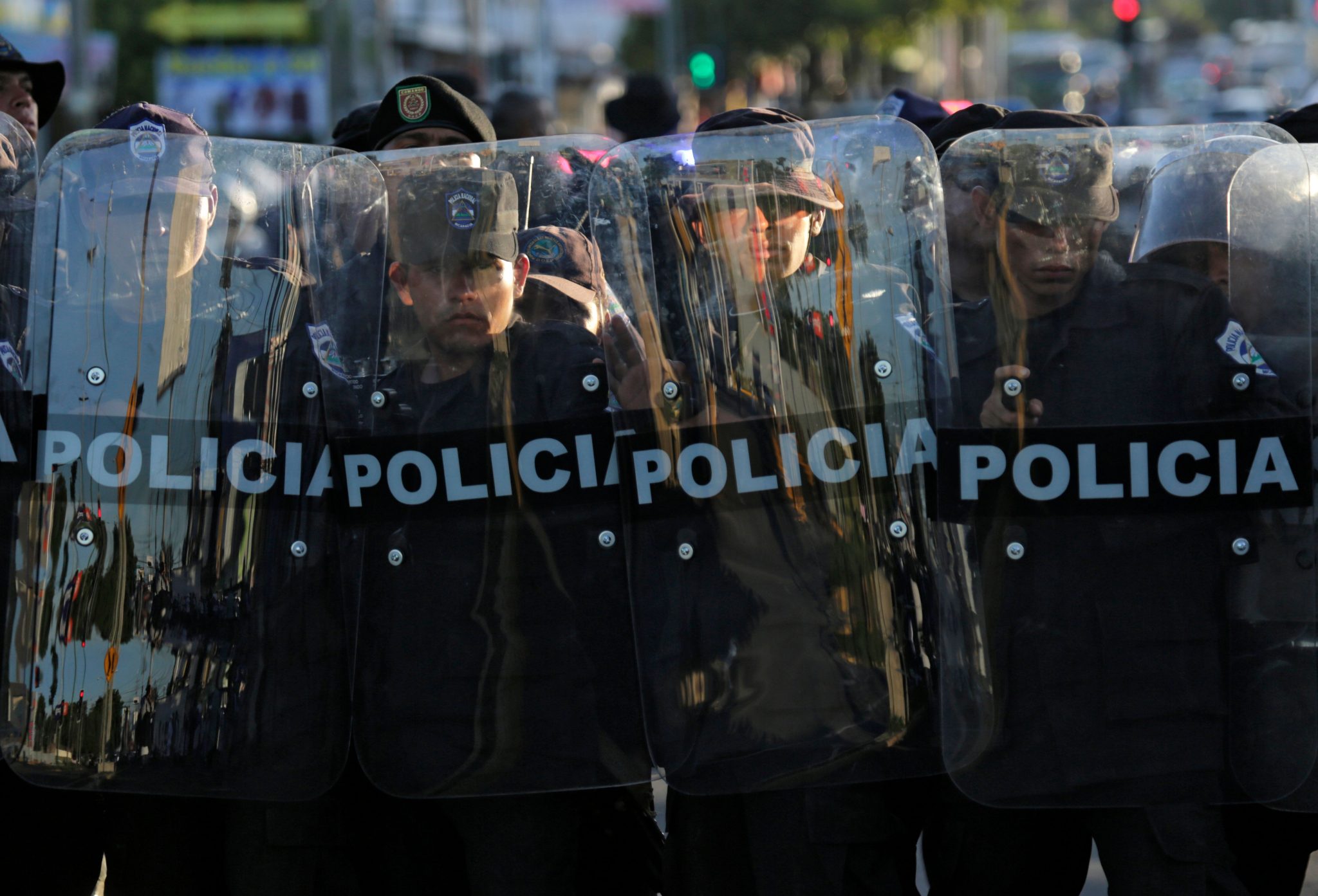 In conversation, she said it would be wise to look beyond the U.N. and U.S. conflict with Nicaragua and consider Ortega’s relationship with China and Russia. According to Courtney Parker, who has a PhD from the University of Georgia and has done extensive work with human rights delegations in Nicaragua, China’s interest in the region is economically driven, exemplified by the project originally funded by a Chinese billionaire to build a Nicaragua canal that would rival Panama’s. Russia’s, on the other hand, is more ideological and strategic. In 2016, a few months before the elections where Ortega would be re-elected into office for his third consecutive term, the Sandinista government imported from Russia 50 battle tanks valued at $80 million and later paraded them through capital city of Managua. It left locals rattled and confused since. among other things, neighbor to the south Costa Rica has no army. Blume said Nicaraguans began to think, “Ortega is going to win por las buenas o por las malas (the good way or the bad way).”

There is also case of the two-year-old mysterious Russian satellite mission situated above a volcanic crater in Managua and the Russians supplying Nicaragua with military equipment and sending troops to train Central American forces to fight drug trafficking.

“The U.S. has been so involved in this distracting war on terror while Russia has had nothing but time to figure out how to rebuild the Soviet Union,” Parker said.

In any case, Blume concurred that the U.N.’s pressure and the U.S.’s economic sanctions on Nicaragua are likely to backfire, pushing Ortega closer to other allies.

“Ortega loves blaming Yankee imperialism for everything that goes on in Nicaragua,” Blume said, “and of course historically there is plenty of accuracy in that, but it’s only feeding into that rhetoric which again is entrenching his regime. It’s not achieving what officially they’re claiming they want to achieve; which is to end the violent repression of Nicaraguans.”