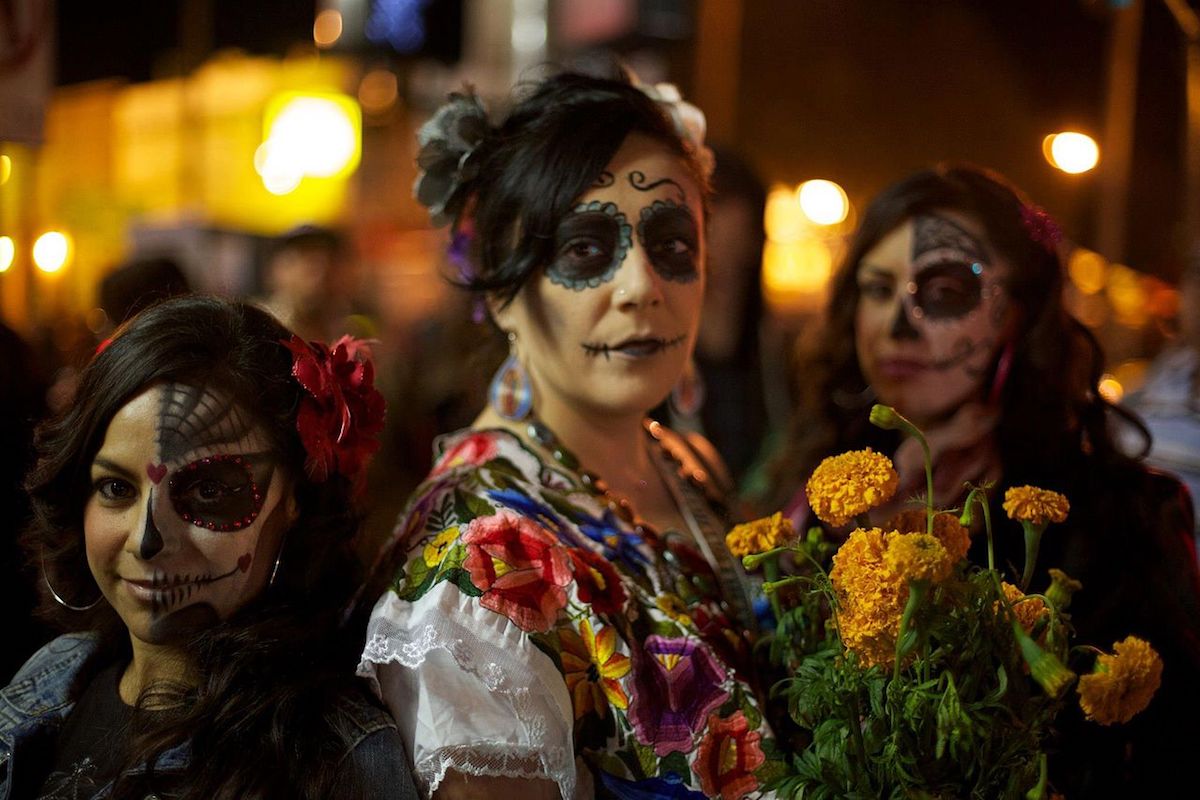 Last year my brother called to ask, “Did we ever celebrate Día de los Muertos when we were growing up? I don’t think I remember us doing anything.”

He’d been asked to talk to students in a friend’s elementary classroom. I’m not surprised by the request for two reasons. First, the movie “Coco” had been released that year. Second, some of our white friends assume that all Mexicans had the exact same childhood as every other Latino. (Hint: We didn’t.)

I have no childhood memories of Día de los Muertos. Neither my American born father nor my Mexican-born mother were very big on tradition. Growing up in the 1970s and 1980s, I’d venture to say that most of Latino parents didn’t emphasize the differences between our culture and the predominantly white culture into which we were assimilating.

My first recognition and celebration of Día de los Muertos came as an adult, less than 10 years ago. My library was located in a predominantly Mexican community. We created a large community altar, inviting our neighbors of all backgrounds to come and place remembrances alongside of our own. With that introduction, I had to learn about the tradition and then chose to learn more.

Over 3,000 years ago, the Aztec celebrated their dead during the month of Miccailhuitontli, which most likely fell somewhere around August, until the Spanish came and colonized Latin America in the 1600’s. They brought their traditions, including All Souls’ Day, recognized for more than 1,000 years in Europe. The Christian holiday was more of a commemoration of the dead, in which the living ask for mercy for the souls of the deceased, but the traditions were similar enough that the Catholic priests decided to combine the two, and moved Miccailhuitontli from summer to fall. Today, Día de los Muertos remains a celebration of the lives of our deceased loved ones as well as a remembrance of their deaths.

Last year, I started volunteering with the group that puts on Tucson’s annual All Souls’ Procession called Many Mouths, One Stomach. A very small procession that started with one artist wanting to memorialize her father’s passing, has grown into an event that draws upwards of 150,000 people from around the world.

With a large Latino population, you find all of the trappings of Día de los Muertos, with the the added artistic creativity that first envisioned it. People have walked in dedication of lost family, friends, pets, but also in memory of a beloved business that recently closed and in grief over the lost dignity of our country. 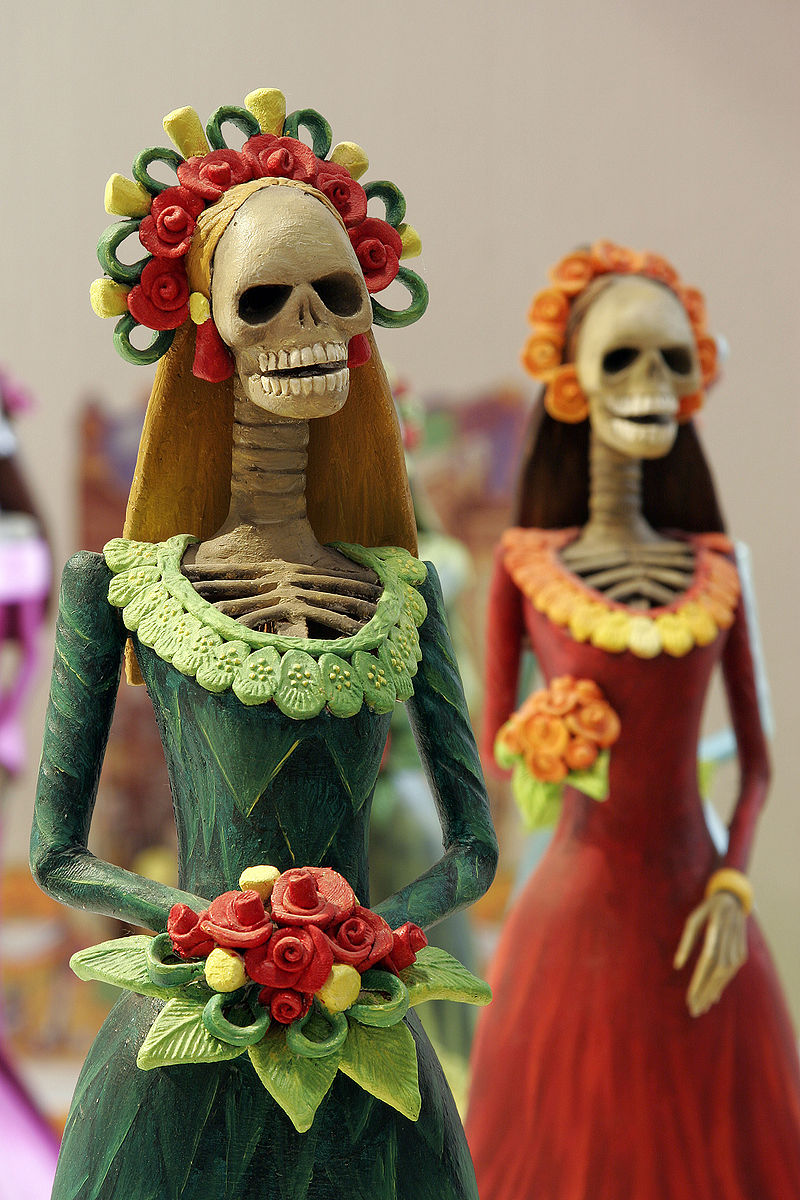 Inevitably, I am asked why I support such an event that some consider cultural appropriation.

Simply put, because the procession is meant to be whatever the participant needs. For those of Latino descent who participate, it might look like a Día de los Muertos procession. When others don the makeup of our heritage, it’s usually done with respect and reverence. For most, it’s about artistic expression—creating in order to memorialize. There are altars and floats, masks and giant puppets. The small dedicated group of volunteers are usually in some of the most spectacular costumes, created by hand and following a specific theme, such as this year’s Sky Island theme. Their Ghost Buskers wander with baskets looking for the donations that allow this tradition to continue. The procession is funded almost entirely by donations from individuals and small local businesses, and not by the city or county.

Mostly, though, I know I was blessed to have been born into a family who lived certain values even while not following traditions. One of those values was to love and celebrate those we lose, before and after their deaths. We talk about them with joy as well as sadness, stories are told with the comfort of laughter and humor.

Another was the acceptance of death as a simple fact of life. There is no fear, only preparation—the kind that kept my mother telling us of her wishes well before her eventual passing, even in childhood, so that when we lost her to a ruptured aneurysm in her brain, I was able to easily speak for my father, sister, brother, myself, and say, “Let her go. That’s what we always promised her.”

This is what brought my daughter a sense of control on what was probably the worst day of her short eleven year old life, as she rushed into the room to remind me of what Nana wanted, from the cremation to exactly where to spread her ashes.

I know that not all cultures embrace the inevitably of death so pragmatically, and as a result people have neither the ability to confidently decide to let go or to proudly participate in the decision-making process. I know also, that in some of those cultures, death is a quiet, somber loss, with so much left unspoken, unshared. The feelings of indecision, confusion, fear, and often guilt, become the ghosts that haunt those left behind.

If reaching out and participating in a part of my culture, can bring people the kind of peace they desperately need? Then, please. Come to our procession. All are welcome here.

Lupita Chavez is a community advocate and a Public Voices Fellow with The OpEd Project.