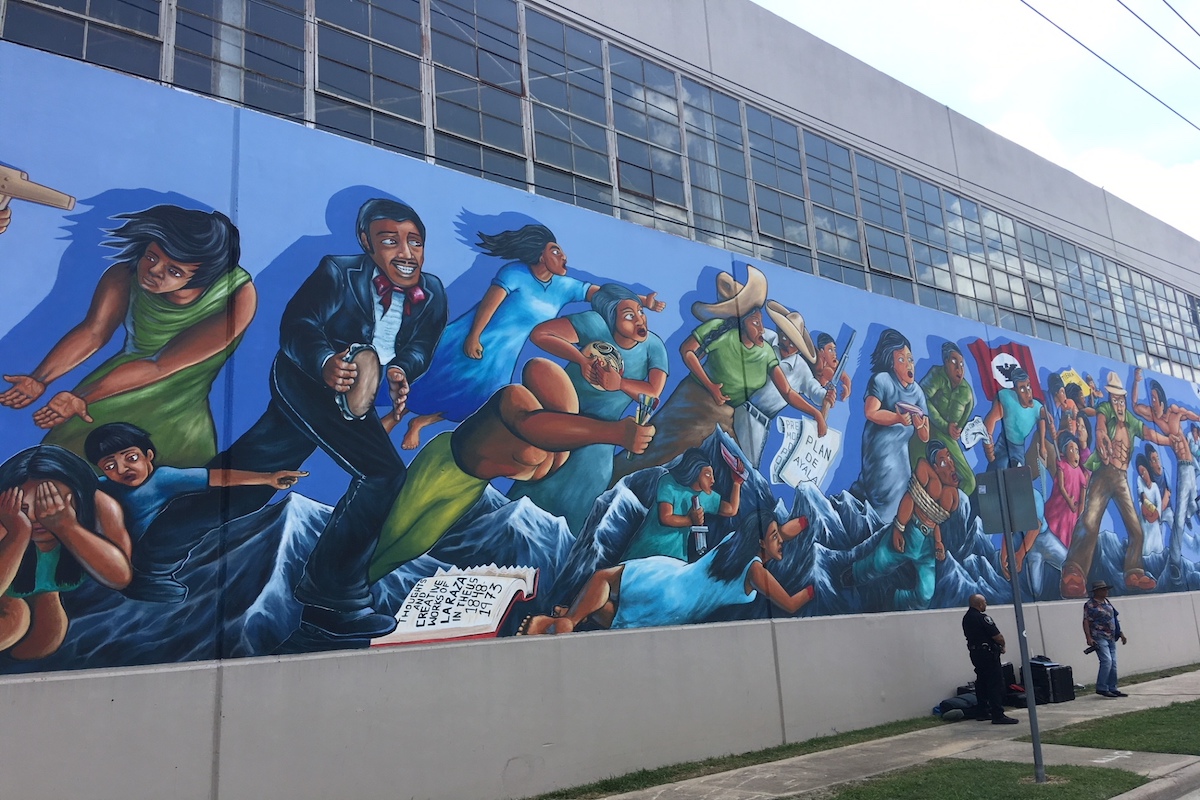 I was the first Chicano to earn a Master of Fine Arts in Creative Writing at the UH Creative Writing Program (UH CWP). I graduate in 1994. I have been writing about this lately as I quantify, cultivate, and accelerate our Community’s Cultural Capital. That’s my new project.

I received a Houston Arts Alliance Individual Artist Grant to complete a folio on the topic. I’ll also be giving five talks about Cultural Capital throughout the city.

This will be part of that. 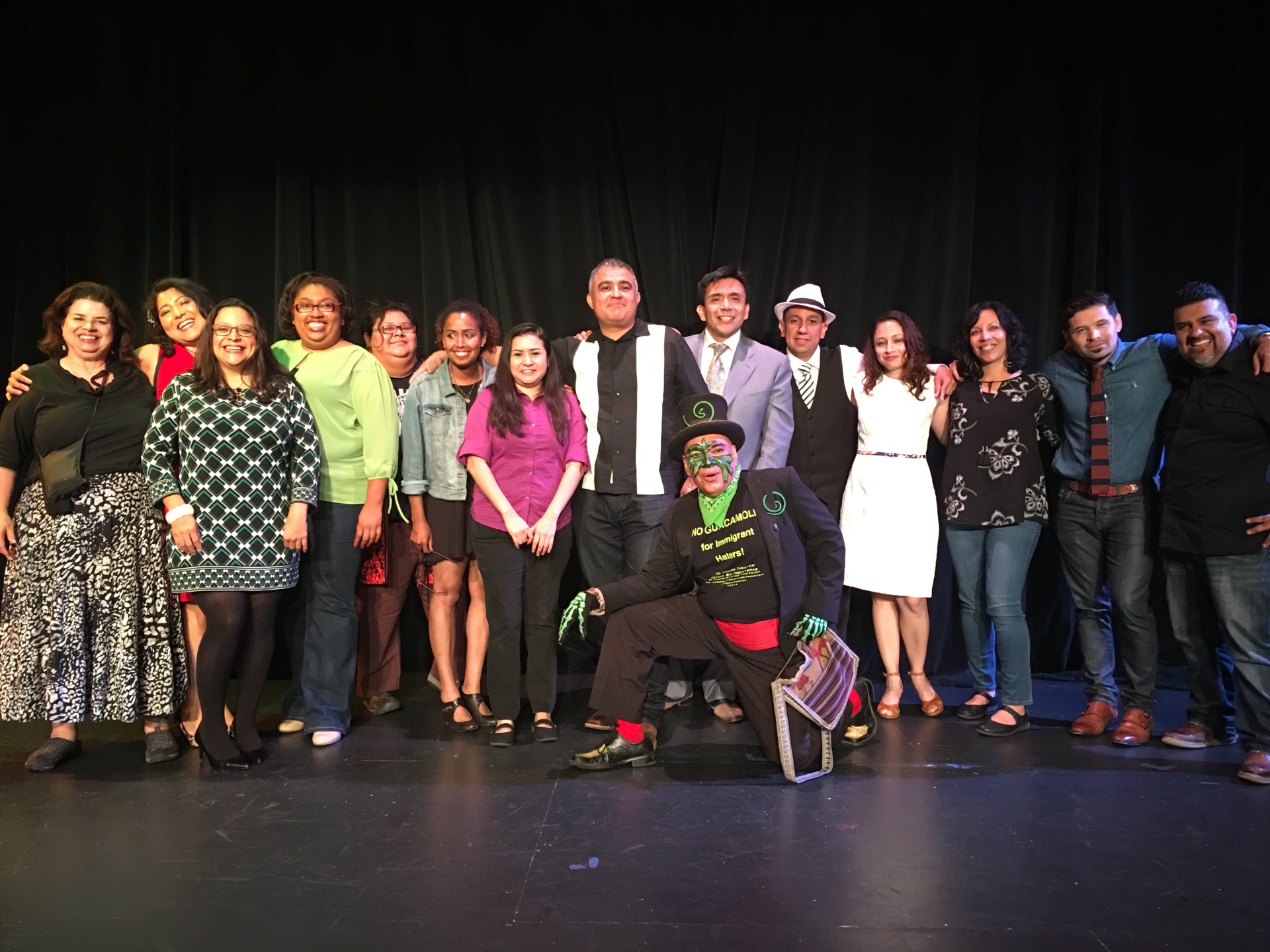 I am excited to not only write about the structural barriers in the way of our Community’s growth, but I am also thrilled to see those barriers overcome through the collective action of our gente. I’ve seen it. I’ve led it. I’ve been surrounded by folks who make it happen.

Policy change is the tip of the pyramid, and our Community’s Cultural Capital is the base.

I want to break down what transpired, not just for posterity, but also as a guide for our community to understand its power in order to quantify, cultivate, and accelerate it. I am focusing on Houston because we are one of the most powerful cities in terms of Cultural Capital. However, Houston is not fully aware of that and is not acting like the national leader for Latino Art. That is about to change.

I came to Houston to become a writer. When I first arrived, I was stunned to find out I might be the first Mexican American to earn an MFA from the UH Creative Writing Program. After all, it’s located in occupied Mexico.  Why in the world would they need to import Mexicans from Chicago when they had plenty already?

There are actually a lot of structural reasons why, but as a Cultural Accelerator, I’m going to skip to some solutions. I address everything in between in my writing, and on my blog “The Cultural Accelerator” with updates every Tuesday at 2 at TonyDiaz.net. I will get to all the nuances along the way.

This is not just about money. I’m glad the UH CWP has money to invest in our Community’s Cultural Capital, but money alone won’t change anything. It will also take a new way of imagining and engaging our Community. There must be a fair exchange of cultural capital with our Community.

An example of this is one of the most incredible “want ads” I have ever seen. The Department of Chicana/o Studies at the University of California, Davis is conducting a search for an assistant professor. Two lines in the job description address and solve many structural issues:

“The department seeks scholars with a strong community-based and social justice practice and inter/transdisciplinary methodologies that are engaged in critical, liberatory, decolonial and radical pedagogies. Candidates whose work is community engaged praxis.”

If those lines don’t capture your imagination it may take a few more essays, you may have to attend some of my talks, or we may have to set up a workshop just for you. And yes, that is in California, but I can begin to translate that for Texas through specific steps that Houston can take to structurally changes the playing field.

Of course, the UH Creative Writing Program, like just about all academic institutions, needs more Latinx professors which lead to more Latina and Latino students.

Here are four steps to achieve that:

Really, the CWP needs more Texans, more Latinos, more African American, more Native American, and more Asian students, which can all be pooled and developed from UH. After all, those students are taking creative writing courses from UH CWP graduate students. That should make them good enough writers to get into the very same graduate program they are studying from, right? If not, perhaps that’s a problem for a future essay.

I write about the nuances of each of these suggestions in other essays, but, as a Cultural Accelerator, I’m going to provide you with some examples of Chicana and Chicano authors who epitomize the possibilities. 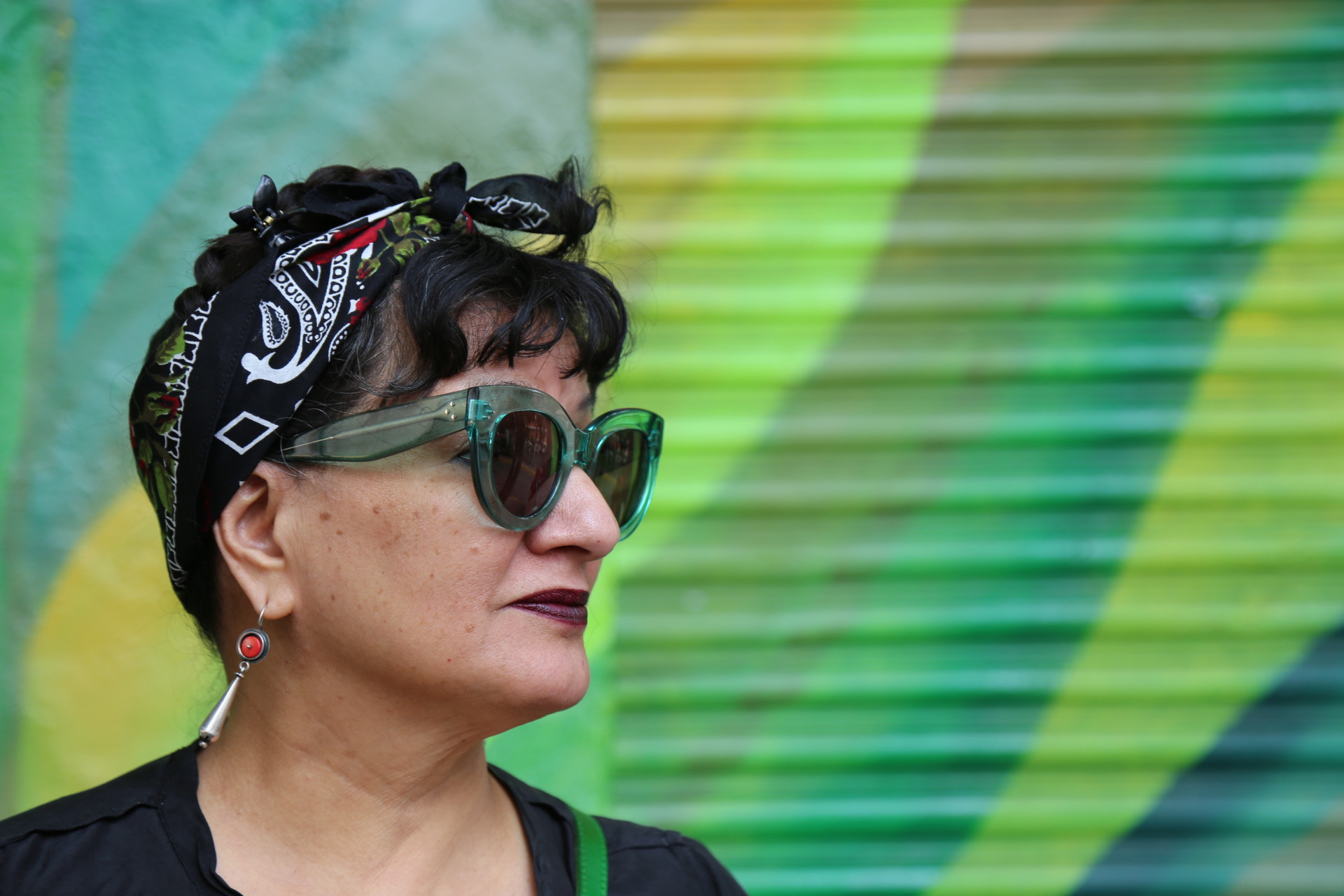 MacArthur Genius Grant recipient Sandra Cisneros is internationally known for her work ranging from House on Mango Street to Women Hollering Creek, which are so potent that they were banned since they were part of the Mexican American Studies curriculum once prohibited in Arizona. But not everyone knows how much she has done to help Latinx and multicultural writers. Over 20 years ago she founded The Macondo Writers Workshop. She put her own time and energy into cultivating this program that thinks and works like our Community in response to her experience at the Iowa Writers Workshop.

Through Macondo, Sandra has helped writers get book deals, finish writing projects, get agents, create social justice projects, and inspire each other, and so much more. She did this harnessing her own and our Community’s Cultural Capital. 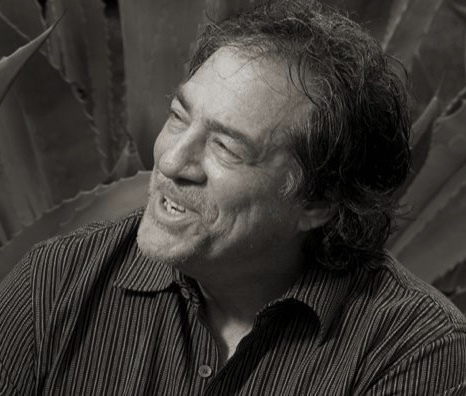 Guggenheim Fellow Dagoberto Gilb is world-renowned for his books, including The Magic of Blood and The Last Known Residence of Mickey Acuña, which were also contraband texts forming part of the Mexican American Studies curriculum that was so powerful that Arizona officials once banned it. He is also the founder of El Centro at UH-Victoria, where he also founded the literary journal Huizache. He’s also edited major anthologies of Mexican American fiction Hecho en Tejas: An Anthology of Texas Mexican Literature and The Anthology of Mexican American Literature from Bedford/St. Martin press.

But UH-Victoria is an undergraduate program, and even though it is a Hispanic serving institution, UH-Victoria is much smaller than Houston-home of the state’s largest base for Cultural Capital. However, Gilb has still been able to help our Community make great strides through teaching jobs for his former students, publications for his proteges, and Huizache is the leading literary in the journal in the nation and it focuses on Latino and multicultural writers. By the way, they also publish White writers. They have an excellent affirmative action program.

Both of these writers are from our Community and know our Community. They create, publish, and work adhering to the the vision and values of our Community. And they have both done this outside the mainstream Creative Writing system.

Likewise, my nonprofit, Nuestra Palabra: Latino Writers Having Their Say turns 21 this April. I founded it because Houston did not have a regular Latino reading series at the time. We had not funding, and people, including other Latinos, told us there was no interest in Latino Lit, and there were not enough writers to showcase. We did not listen.

We organized the largest book fairs in Houston, which rivaled the state supported Texas Book Festival.

We have cultivated over a dozen Latinos with master’s degrees in writing. That’s more than the UH Creative Program.

We were the base for the Librotraficante movement which joined a national movement to keep Arizona’s ban of Mexican American studies in check, and spearheaded Texas’s endorsement of MAS statewide.

We have changed the landscape of Houston’s literary scene.

Again, these examples all took place outside of the mainstream. Imagine what the UH CWP can accomplish if it forms a brilliant and profound collaboration with our Community, adhering to our vision and values.

Houston is going to become the national leader for delivering our Community’s Art and Cultural Capital. I hope the UH CWP will be part of it. 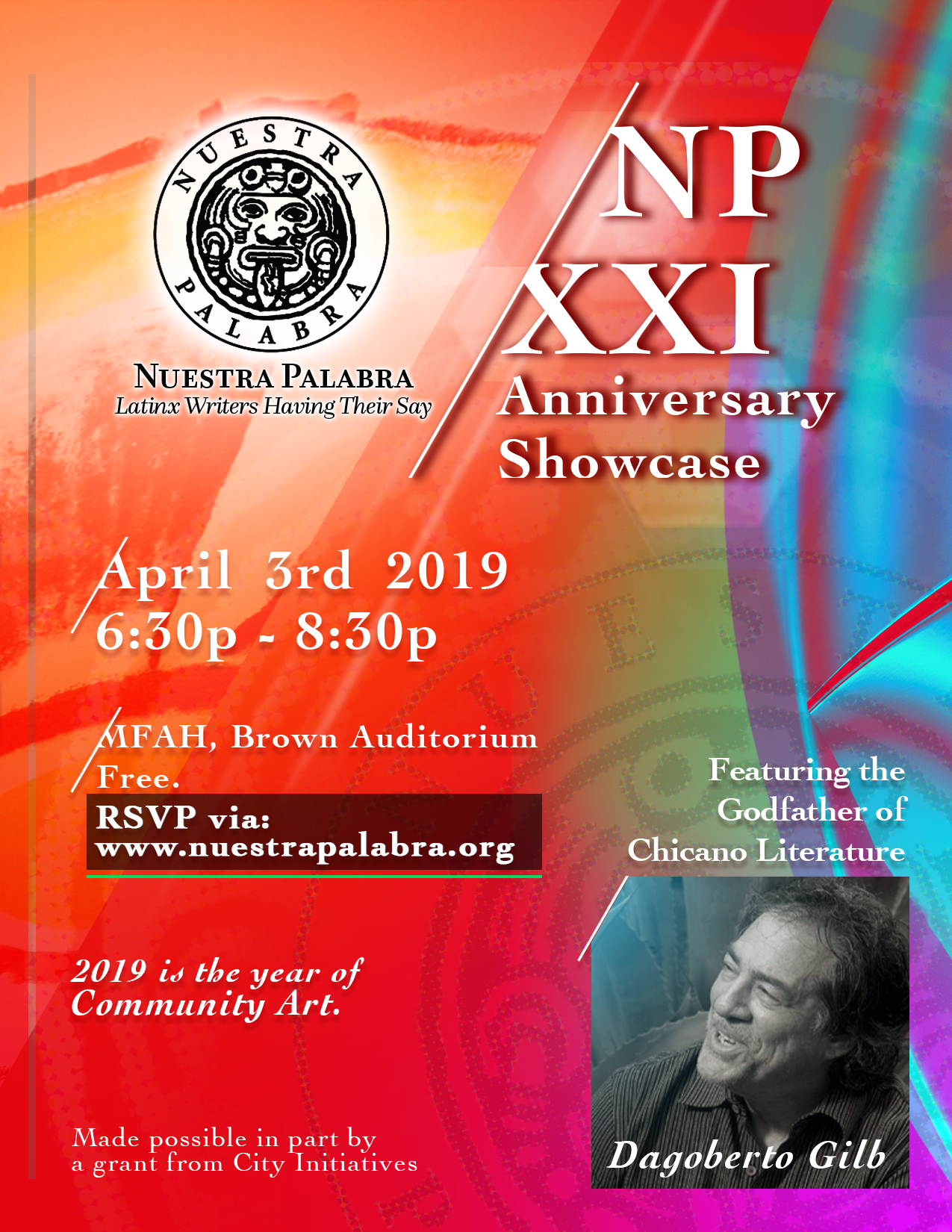