The US Wants to Intervene in Venezuela: We Won’t Get Fooled Again? 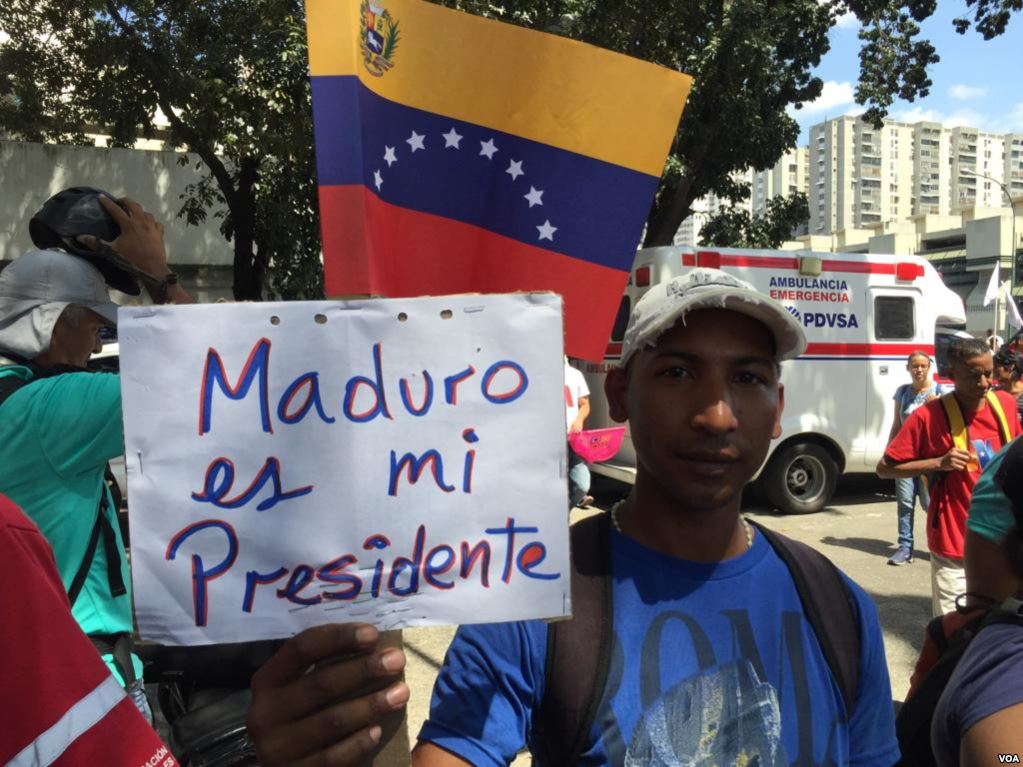 I can’t remember the United States ever sending its soldiers into Latin America to defend human rights. It must’ve been before my time. In fact, it must’ve been before my father’s time, too, and his father’s time, and so on, because I’m pretty sure it’s never happened—not ever. Now, U.S. troops invading Latin America to protect property rights, on the other hand, seems like only yesterday.

Isn’t that why we have a few hundred pairs of boots on the ground in Honduras at the moment, because it sure as hell isn’t to defend human rights, or even democracy. The U.S. soldiers stationed at Soto Cano Air Base hardly lifted a trigger finger to stop the military coup in 2009 that removed Honduras’s democratically-elected president—and when they did, it was to help the golpistas illegally fly President Zelaya to Costa Rica. And those same U.S. soldiers have since stood by and watched as the coup regime has murdered scores of students, campesinos, journalists, members of the LGBT community, Garinagu, indigenous, and environmentalists, including a 2015 winner of the Goldman Prize (the “Nobel Prize of environmentalism”), Berta Cáceres.

So why this time? Why am I, and you and everybody else, supposed to believe President Trump and his national security advisor, John Bolton, are sincere in wanting to topple what they see as one third of a “troika of tyranny in this hemisphere,” namely Nicolás Maduro and the United Socialist Party of Venezuela—when the only troika of tyranny in our hemisphere, historically speaking, is seated in Washington, and goes by the names POTUS, SCOTUS and Congress?

If you don’t know by now, the United States wants to intervene in the crisis in Venezuela —a crisis partially of its own design— for two reasons: one, Venezuela is floating on an ocean of oil, and two, Venezuela, like Cuba, has decided it wants to be its own country and not just another… whatever Honduras and Colombia are. (The word puppets come to mind; neo-colonies is another.) Increased fracking in West Texas over the last few years has already made the United States the world’s leading oil producer, pumping out almost 12 million barrels a day; but since Venezuela supplies around six percent of U.S. crude imports, down from a peak of 1.2 million barrels a day back in 2008, the United States must forcefully insist it have secure access to Venezuelan oil as well. That’s really all this is about. The United States is only worried about the spread of Cuban communism across our America insofar as it cuts into the domain of U.S. capitalism.

“We’re in conversation with major American companies now that are either in Venezuela or, in the case of [Venezuelan-owned] Citgo, here in the United States,” Bolton admitted during an interview on Fox Business in late January. “I think we’re trying to get to the same end result here. … It’ll make a big difference to the United States economically if we could have American oil companies really invest in and produce the oil capabilities in Venezuela.”

In Juan Guaidó, leader of the neoliberal-controlled National Assembly (and, depending on who you ask, Venezuela’s interim president), Trump and our neoliberal-controlled Congress have found a young upstart who’s willing to play ball, promising global capitalism access to the rich natural and human resources of Venezuela in exchange for power—and the usual cut, of course. But don’t take my word for it: simply peruse the pages of Venezuelan history from, say, 1918, when the country’s oil boom began, to right around 1998, when Hugo Chávez won the presidency. Or just look at who Trump has appointed as our man in Caracas, that abomination Elliott Abrams. Back in the eighties, Abrams kept himself busy propping up a dictatorship in Guatemala, covering up a massacre in El Salvador, running guns to paramilitaries throughout the region, and lying about it all to Congress. He also helped design a failed coup in 2002 that removed Chávez from power for two days until the country rallied to restore their deposed president.

You don’t need to read tea leaves to know why men like Trump, a real-estate con artist, and Bolton, who thinks the United Nations is waste of space, would want a man like Abrams in Venezuela. Just read the writing on the wall. “Fool me once…” goes that Tennessee saying that Bush butchered. But by dusting off all of their old slogans about the need to “defend human rights” and “restore democracy and freedom,” the U.S. government and the mainstream media are betting the American people can get fooled again, and again, and again…