Why Are More People Not Outraged About How Bernie Sanders Frames His Views on Immigrants?

Are people really taking Bernie Sanders to task about what he told Trevor Noah last week during The Daily Show’s Between the Scenes digital segment?

As Sanders stated (bold and italics are our own emphasis):

“Nobody, I mean not many people believe in open borders. If you simply opened the borders, you’d have people from Vietnam and China and Mexico and Latin America coming in. And no one thinks that is a plausible approach. On the other hand, I think the strength of this nation is the diversity and the new ideas from immigrants from all walks of life have given this country. So you need a rational, non-racist immigration policy which welcomes people in from all over the world to improve our economy, but clearly you cannot have open borders.”

The Sanders comments are here:

Ironically enough, Sanders’ stance against “a rational, non-racist immigration policy” gets a bit lost when he also thinks that it’s a bad idea to “have people from Vietnam and China and Mexico and Latin America coming in.”

On April 8, POLITICO also reported this quote from Sanders: “What we need is comprehensive immigration reform. If you open the borders, my God, there’s a lot of poverty in this world, and you’re going to have people from all over the world. And I don’t think that’s something that we can do at this point. Can’t do it. So that is not my position.”

Open borders defenses aside, the bigger point for us is not Sanders’ views on open borders, its’ more as to how he views immigrants from places like Mexico, Vietnam, China and Latin America. Not as overt as Trump, but still perpetuating a quasi neo-nativist view that immigrants from “those countries” just don’t make the cut. Sure, Sanders can hide behind his believe that he is for comprehensive immigration reform, but anyone who follows politics knows that such a stance is just window dressing. Once again, immigrants are the poorer ones, the “others,” the one that would create havoc on this country. We must protect our country from this “plague.”

Such a “progressive” belief seems to become more and more common. As much as (mostly white) progressives say they are welcoming to immigrant communities, are they?

Just ask Cher, who tweeted these thoughts over the last few days about the possibility that a city like Los Angeles would be overrun with migrants being dropped off by the Trump administration. 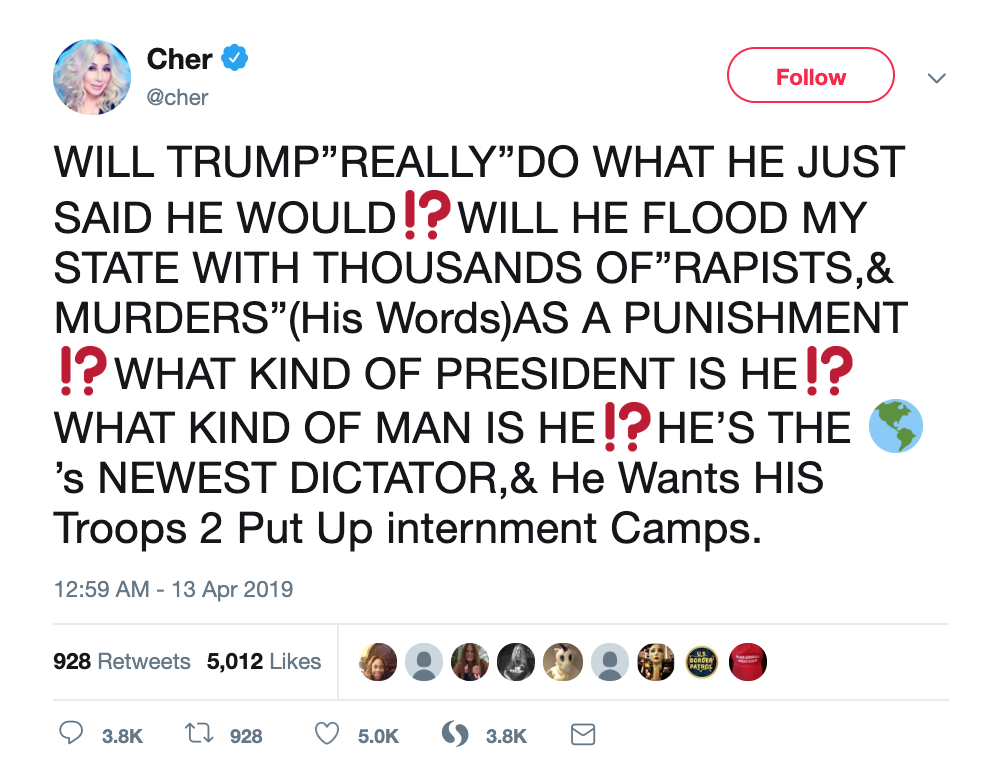 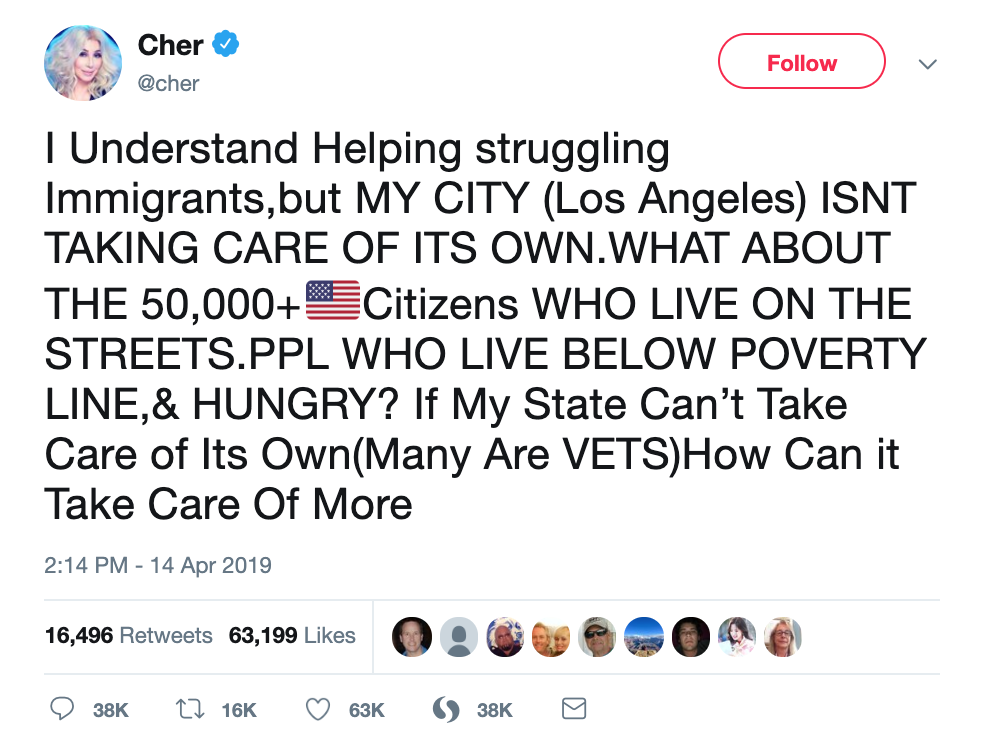 Here’s the thing: why do we need to make this an either/or type of choice? Why can’t we frame the immigration debate with actual morality and compassion, instead of being afraid that you will be seen as too “weak” on this issue?

Maybe, the real answer is simple: maybe this is how most of the country actually feels about immigrants, and that is sad to see.

UPDATE, April 23: And it’s not just us who are raising the question.

As the following piece by Daniel Denvir in Jacobin says:

Bernie’s track record on immigration is strong. But he currently lacks a bold vision for immigrant justice that identifies an immigrant-dense working class as a protagonist for progressive social and economic transformation today, matching the clear and compelling framing he uses to talk about issues like economic inequality. Luckily, Sanders’s track record suggests he can avoid the trap the Right wants to set for him on immigration and advance a vision of immigrant rights that expands and strengthens his call for a society for the many, not the few.

Maybe Bernie will get it, but right now, the way he is framing the immigration debate is missing the mark.

9 responses to “Why Are More People Not Outraged About How Bernie Sanders Frames His Views on Immigrants?”