History books may never tell the full story of the dictatorship that terrorized Argentina from 1976 to 1984.

“Argentines now have more information about a dark period of our history that will allow us to continue strengthening justice, seeking and finding the truth,” Macri said on Twitter after receiving the 7,500-page document report on April 12.

The archives narrate the human rights abuses committed by Argentina’s military government, often with the assistance of the United States. They include the forced disappearances of 30,000 people, international assassination squads that stalked their victims abroad and the kidnapping of hundreds of babies born in detention.

Bloody History of US Intervention

The U.S. declassification effort began under persistent pressure from Argentine human rights groups founded to uncover the atrocities of the dictatorship—a period I have spent my academic career studying.

Argentine democracy was interrupted by military coups six times in the 20th century.

The declassified documents outline what happened after the last coup, staged in 1976 by General Jorge Rafael Videla. It gave way to the cruelest, most repressive and violent eight years of Argentina’s history.

In August of 2000, representatives from Argentina’s Center for Legal and Social Studies and the original Grandmothers and Mothers of the Plaza de Mayo —a human rights group that locates the lost children of the dictatorship, which has since splintered into several factions— met with U.S. Secretary of State Madeleine Albright.

That encounter led to the declassification of 4,700 State Department documents in 2002. Those documents included U.S. diplomatic cables, memoranda, reports and meeting notes related to the Argentine dictatorship, and revealed clear U.S. involvement in the junta’s “dirty war.”

Now, Argentina has the military and intelligence archives behind these operations, too. 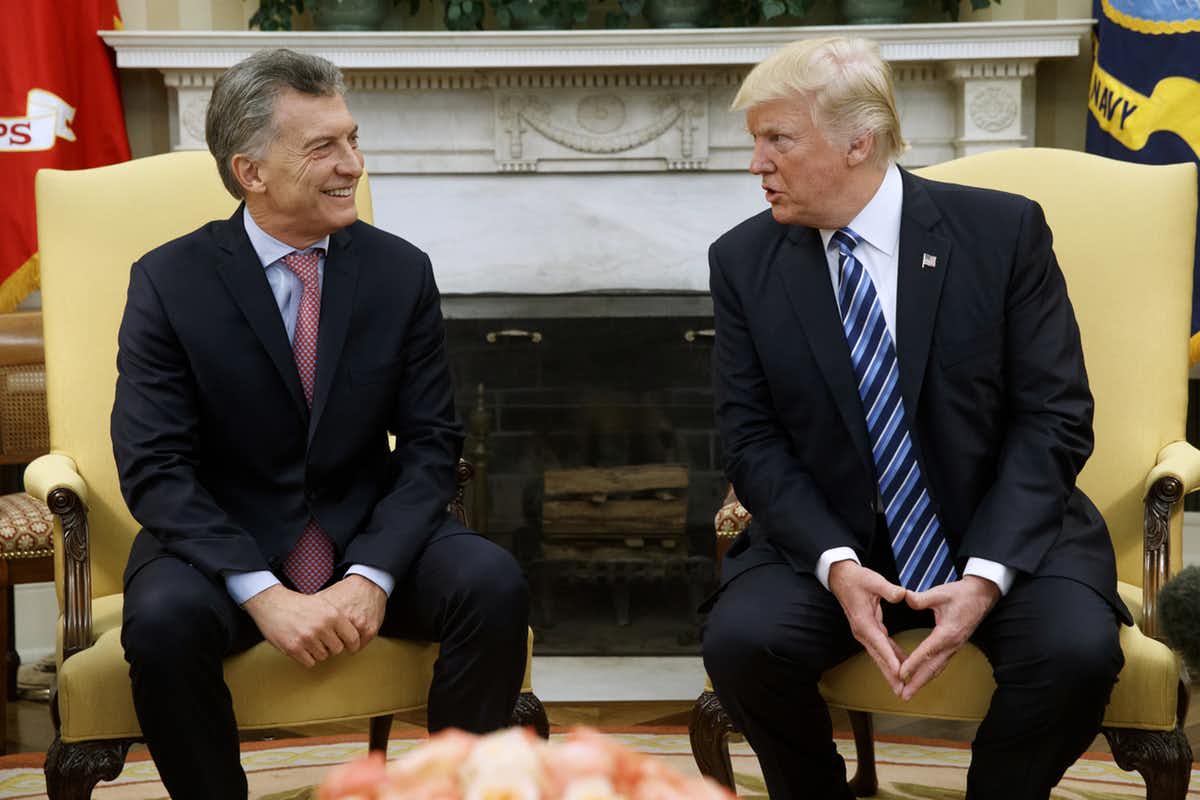 The declassified documents show that U.S. intervention in Latin America went well beyond giving “a little encouragement” to Latin American military regimes, as Secretary of State Henry Kissinger put it in 1976.

Argentina was the operations center for Plan Condor, a U.S-organized alliance between the dictatorships of Argentina, Bolivia, Brazil, Chile, Paraguay and Uruguay, created in 1975 and operational until around 1980.

Fearing the spread of communism across the Americas, the Ford administration offered these rightist military regimes everything from counterinsurgency training and financial assistance to intelligence briefings.

With U.S. support, Argentina’s junta kidnapped leftists, dissidents, union leaders and anyone who looked remotely like a threat. They tortured detainees, and then threw them alive and conscious out of airplanes into the River Plate, near Buenos Aires, or dumped their bodies in mass graves.

Pregnant women were killed after giving birth, their babies adopted by the families of childless generals. Neighbors under police surveillance informed on other neighbors to appease the junta, then were abducted and tortured anyway.

The U.S. eventually grew uncomfortable with the activities of its Argentine allies.

In 1976 Robert C. Hill, U.S. ambassador to Argentina, reported to Washington that the number of people detained by the junta must “run into the thousands” and, with Kissinger’s knowledge, confronted the Argentine government about its human rights abuses.

The U.S. withdrew its support from Plan Condor after Jimmy Carter became president in January 1977. Carter, a Democrat, hoped to see democracy restored in Argentina.

That would take another six years.

Argentines have learned the details of this sadistic regime little by little.

The law began to work in democracy’s favor again after Argentina’s first post-dictatorship leader, the late President Raúl Alfonsín, was elected in 1983. He created a truth commission that uncovered 340 secret detention centers across Argentina and identified 8,690 “disappeared” people.

Once some perpetrators and victims were known, the victims’ families could file suits to hold the people who oversaw torture centers criminally responsible for their loved ones’ disappearance.

Painstaking archival research, interviews, investigations, lawsuits and prosecutions have followed under every administration since, albeit with differing levels of priority.

Much of what is known about the fates of those abducted by the military regime was discovered in the basement of the Argentine Air Force in 2013, where “black lists” of identified leftists were archived.

As of 2017, 2,979 people had been tried for their role in the dictatorship. The charges include crimes against humanity, arbitrary detention and kidnapping. Another 593 cases remained in process.

They include the names of government officials and informants complicit in Plan Condor, as well as details on the torture techniques used to extract information from detainees.

“The release of these documents stands as a uniquely valuable contribution to the cause of human rights, the cause of justice and the cause of our fundamental right-to-know,” said Carlos Osorio, a Latin America analyst at George Washington University’s National Security Archive.

In 2014, under President Cristina Fernández, Argentina began its own declassification program, alongside that of the United States. Among other disclosures, it published thousands of dictatorship-era archives, including 648 pages documenting the staffing and day-to-day operations of the military junta’s foreign ministry, including its relations with the United States.

Argentina’s commitment to uncovering every dark detail of the dictatorship derives from a national sentiment that its democracy depends on understanding the past.

“Nunca mas” (“never again”) has become the rallying cry of a population that insists that history should not repeat itself.