Classes Canceled for Students in Mexico City Due to Air Pollution 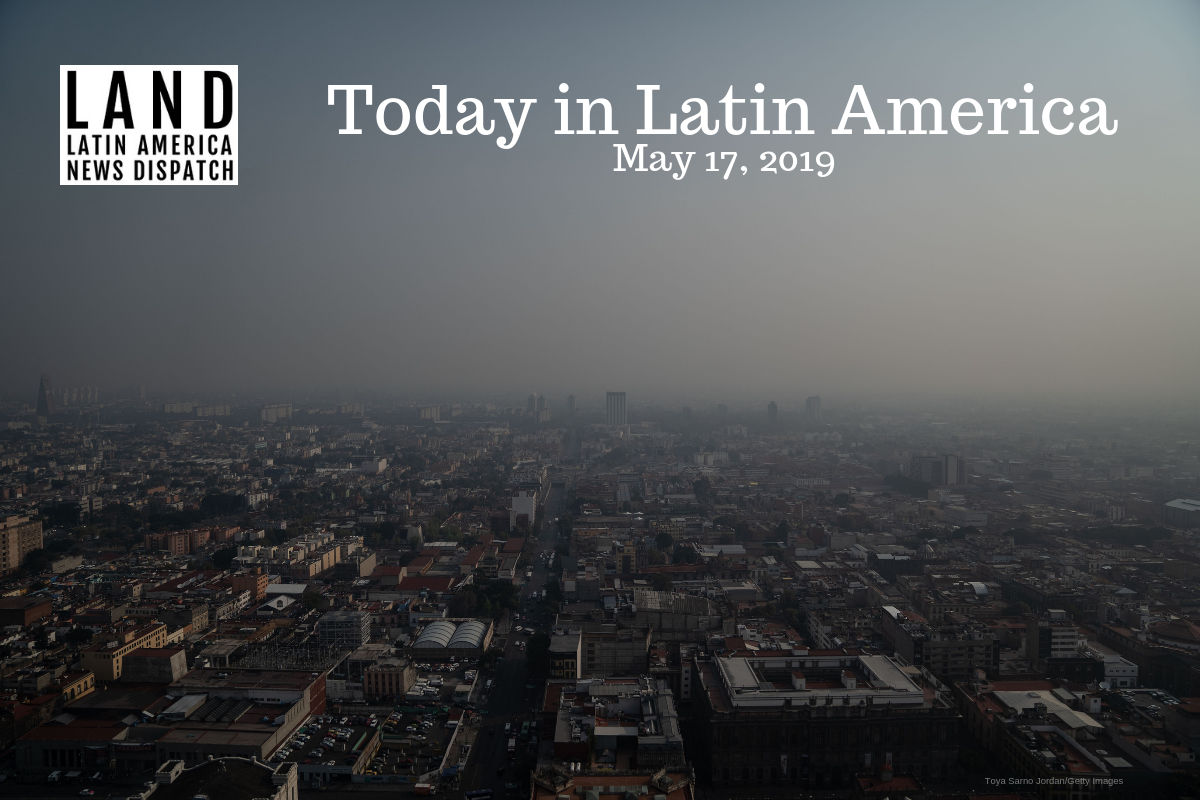 Buildings covered by smog are seen on May 16, 2019 in Mexico City, Mexico. Mexico City’s air pollution has been worsened as a consequence of high temperatures, lack of rain and fires located around the city’s valley, where people have been advised to stay indoors, avoid using their vehicles and schools have been ordered to close. (Photo by Toya Sarno Jordan/Getty Images)

MEXICO: Classes were canceled for millions of students in Mexico City yesterday due to the smoke from brush fires that continues to take over the city. Pollution has remained at an estimated 1.5 times more than the acceptable limit. While the city established a partial driving ban, activists from the Citizen Observatory on Air Quality called for officials to limit other polluting activities like construction. The group suggested that extremely small particles found in smoke, diesel exhaust and dust be added under the causes for emergency measures. Currently, emergency measures are mostly imposed for ozone levels. Activists also cited forest fires as becoming “an ever more frequent problem as a result of global warming.”

MEXICO: Mexico’s Congress unanimously voted in favor of basic labor rights for domestic workers on Tuesday. The new law specifies that domestic workers have rights to the same benefits as any other formal worker, including payment of at least minimum wage, limited work hours and access to healthcare. The law is also expected to aid more than 2 million people who have struggled for recognition within the formal labor market and typically lack benefits and protections. “This gives us dignity,” said Petra Hermillo, a domestic worker and the founder of a nonprofit that provides counseling for domestic workers.

U.S.-MEXICO BORDER: A 2.5-year-old boy has become the fourth known minor to die in United States custody since December after being detained by Border Patrol, according to Tekandi Paniagua, the consul for Guatemala in Del Rio, Texas. Paniagua said that the boy was feverish and had trouble breathing and that he was diagnosed with pneumonia when authorities took him to a hospital in El Paso. He was hospitalized for nearly a month before his death on Tuesday. All of the migrant children who have died in U.S. custody since December were from Guatemala.

HAITI: Yesterday, the employees from the Haitian Ministry of Trade and Industry ended their strike after an agreement was reached between protesters and the ministry. The employees have given the ministry 72 hours to implement the agreement, which meets the demands of the employees, including better working conditions, new equipment for offices and an end to favoritism within the institution. The strike began on April 22 and has affected the issuing of export visas for outsourcing contractors, particularly in the textile industry.

EL SALVADOR: United States Attorney General William Barr promised that police funding for Central America’s Northern Triangle countries would continue under his authority, despite President Donald Trump’s threats to cut funding for El Salvador, Guatemala and Honduras for not doing enough to curb the flow of migrations to the United States. Barr, who said he was impressed by the countries’ policing efforts, met with representatives from the three countries yesterday where they discussed expanding policing efforts against gangs in the region and focusing on corruption, financial crimes and human trafficking in these countries.

PANAMA: A migratory crisis is developing in Panama as the number of migrants crossing the Darien Gap, a dangerous isthmus used for migrants heading to North America, continues to increase. As of April 18, 7,316 migrants, mainly from Cuba and Haiti, have crossed the Darien Gap this year. The numbers are on pace to exceed the 9,678 migrants who crossed in 2018, according to the National Border Service of Panama. This year’s numbers could rival the migratory crisis of 2015 and 2016, during which about 60,000 migrants crossed the gap, prompting the governments of Panama, Nicaragua and Costa Rica to temporarily close their borders. Migrants crossing the Darien Gap face sexual assault and other forms of violence by armed groups and drug traffickers who use the same route, as well as the harsh conditions of the Darien jungle.

VENEZUELA: Yesterday, the government and opposition sent envoys to Norway for talks in an effort to end the country’s long-running political crisis. Venezuela’s ambassador to the United Nations, Juan Jorge Valero, said the talks were between the representatives of the Venezuelan government and what he referred to as the “democratic part” of the opposition. Senior officials from both sides of the conflict will take part in exploratory discussions in the Norwegian capital of Oslo, according to members of the opposition-controlled congress.

BRAZIL: Protesters gathered in cities across the country on Wednesday to demonstrate against President Jair Bolsonaro’s education cuts. In Rio de Janeiro, police fired tear gas and percussion grenades while demonstrators set fire to a bus. The National Student Union called for protests after the education ministry said it was freezing nearly 30% of discretionary spending. While attending a gala dinner in Dallas, Texas, Bolsonaro denied that his administration approved education cuts and called protesters “imbeciles.”

ARGENTINA: Yesterday, the Supreme Court said the first corruption trial against former President Cristina Fernández de Kirchner will start on Tuesday. The announcement comes after the court said this week that they would review the former leader’s case file, which opponents of Fernández believed would push the trial date into the presidential campaign season. Fernández is expected to run in the October elections and is accused of committing bribery during her presidency from 2007–2015.