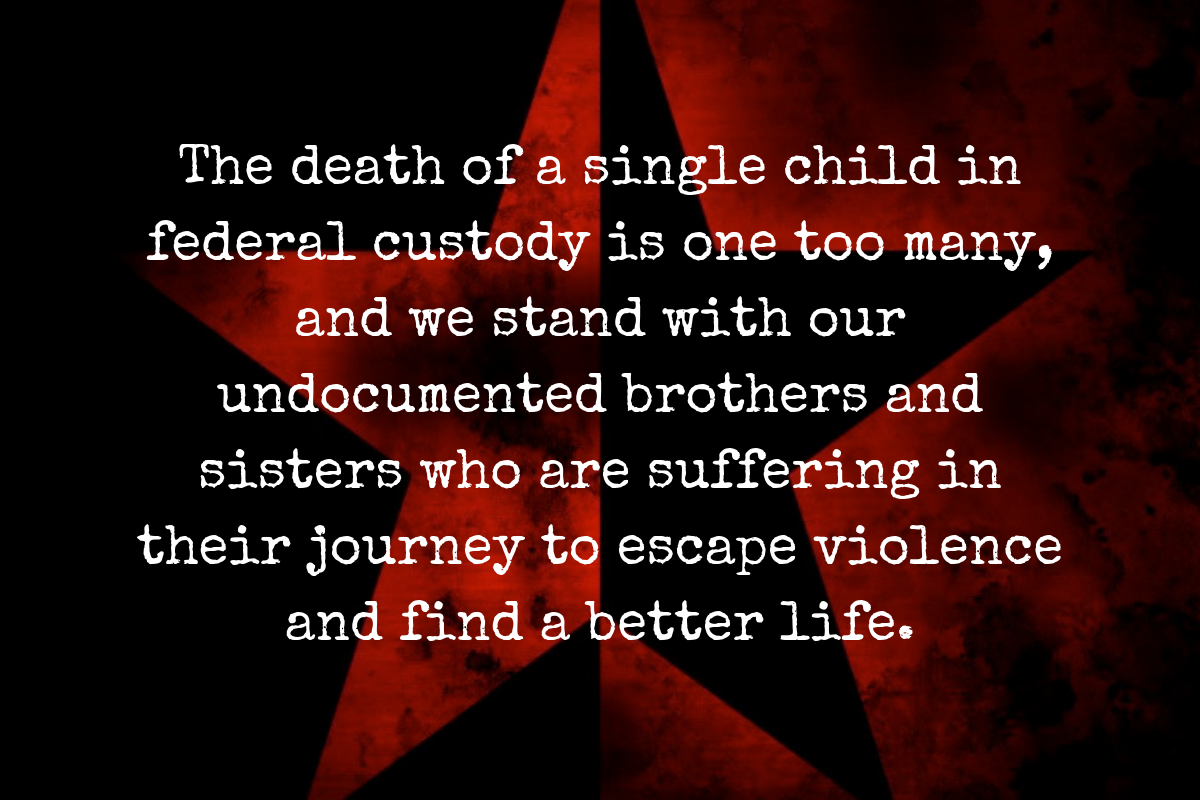 Following news of the death of a 16-year-old migrant youth in Border Patrol custody (marking the fifth death of a minor in U.S. custody in six months), New York’s largest network of Spanish-speaking doctors, SOMOS, is standing in solidarity with the undocumented community.

Dr. Ramon Tallaj, Chairman of the SOMOS Board issued the following statement:

“The death of a single child in federal custody is one too many, and we stand with our undocumented brothers and sisters who are suffering in their journey to escape violence and find a better life. We must be sure that doctors who speak the language and understand the culture of those caught in the crisis on the border are being utilized to best care for the vulnerable children, men, and women who are far from their own homes and their own family doctors. History will remember how we treat these vulnerable families in their greatest time of need, and I urge our government officials to act with compassion and care.”

After the February death of a migrant child in U.S. custody, SOMOS offered to send a group of doctors to the southern border in a letter to President Trump and former Homeland Security Secretary Kirstjen Nielsen, which went unanswered. SOMOS doctors have stepped up before in humanitarian crises: a battalion of doctors deployed to Puerto Rico days after Hurricane María. Currently, SOMOS doctors are participating in a migrant care program in New York spearheaded by Governor Cuomo, Golden Door.