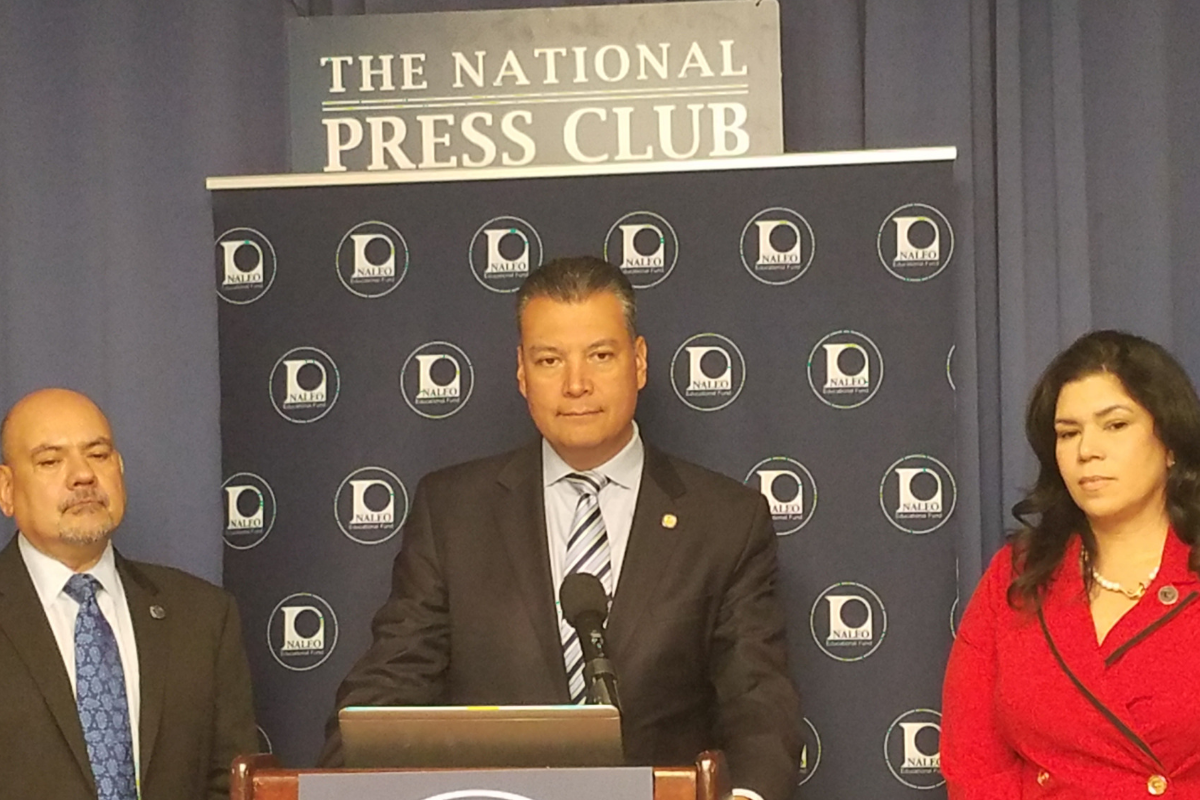 Members of a commission tasked to examine the 2020 Census and its impact on the Latino community sounded an alarm on Wednesday, saying next year’s decennial count of the nation’s population runs a grave risk of undercounting Latinos in greater numbers than previous years due to the Trump administration’s proposal to add a citizenship question and the apprehension that would provoke.

“The 2020 Census will take place at a time of heightened fear given the political climate that we find ourselves in. A population undercount undermines all of that [federal funding, a voice in Congress]  but that is where it seems we are heading to,” said California Secretary of State Alex Padilla, co-chair of the National Latino Commission on Census 2020, a group of elected officials and community leaders.

“They can make a decision either at the Bureau level or thru legislative action to remove the question about citizenship from the Census. It does not have to be decided upon by the Supreme Court. We only have one chance to get the Census right every ten years and 2020 is no exception and we need to do all that we can to ensure we’re maximizing our chance at success. We are disappointed that the federal administration at this point has not been the partner it typically has been in prior census to achieve that complete count through outreach and preparation and the testing necessary to ensure an effective survey. There’s still time to turn it around but time is running out,” added Padilla.

The U.S. Supreme Court is expected to issue a ruling by next month on whether the Census 2020 can ask if respondents are U.S. citizens, a question that has not been included since 1950. The commission held hearings last year and earlier this year in several cities across the nation, including Columbus, Ohio; Los Angeles, Orlando, Florida; New York City, and San Antonio, and found that the citizenship question was the greatest concern. The U.S. Census Bureau’s own analysis concludes that adding that question would discourage participation, further exacerbating an undercount of Latinos.

“Our communities cannot afford to have a failed count of the nation. We call on Congress, the administration, and the U.S. Census Bureau to save Census 2020 by removing the citizenship question once and for all,” said commission co-chair Lubby Navarro, a member of the Miami-Dade County School Board.

About 20 percent of the state’s population is foreign-born and more than half of Florida’s Latino population resides in Miami-Dade. Both of the state’s two U.S. senators, Republicans Marco Rubio and Rick Scott, have said they are not opposed to a citizenship question being added to the 2020 Census, a stance commission members oppose.

“We would like to remind Senator Rubio and Senator Scott that their state is at risk of having a worse count than 2010 to their own detriment,” said Arturo Vargas, executive director of the National Association of Latino Elected and Appointed Officials, which created the commission. Vargas also criticized that the Trump administration is adding the question without first testing it in the field—a common practice for information included in the Census questionnaire.

The House Appropriations Committee this week held a hearing that includes a prohibition on including any question in the 2020 Census that was not first field tested. “The Census Bureau knows that any question that appears on the form must be adequately tested. Congress now has the opportunity to support research and science in ensuring that only those adequately tested questions appear in the 2020 questionnaire.”

Commission members added that they also found skepticism in the community that next year’s Census —the first one ever that can be accessed digitally— will keep their information private and that the Bureau would even be prepared to ensure full access digitally nationwide. “If our elections experience is any indicator, we also have the challenge of ensuring people trust not just in submitting their data to the Census Bureau but also the electronic transmittal of the data,” said Padilla. “(And) this is the digital format of the Census without the full appreciation of the digital divide that still exists in America.”

Members of the commission spoke in Washington, D.C. where they also presented several recommendations they are taking to Congress, including making the full amount of funding —$8.5 billion— for the Census immediately available for fiscal year 2020 and reversing the decision to include the citizenship question. Additionally, the commission is asking Congress to conduct oversight hearings to determine Commerce Secretary Wilbur Ross’ “rationale for adding the question.” The Census Bureau falls under the purview of the U.S. Commerce Department.

Raised in Puerto Rico, Patricia Guadalupe is a bilingual multimedia journalist based in Washington, D.C., covering the capital for both English and Spanish-language media outlets. She tweets from @PatriciagDC.