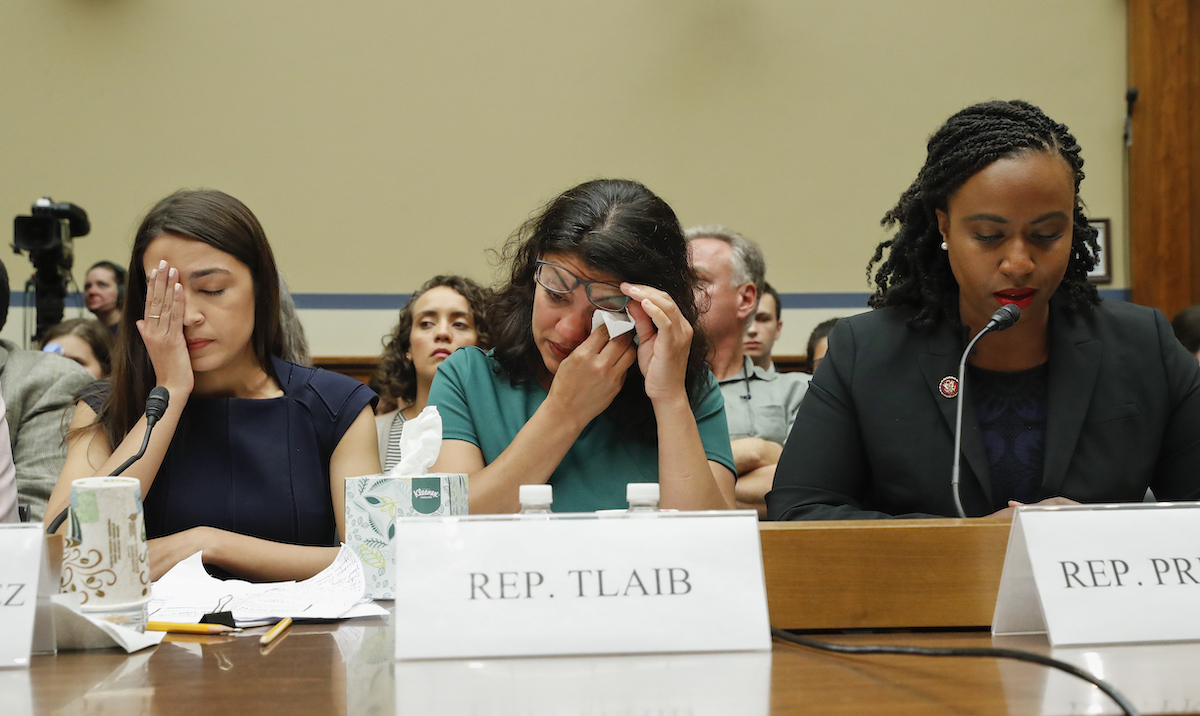 WASHINGTON (AP) — Democrats who’ve visited the southern border accused President Donald Trump of cruelty on Friday while Republicans said Democrats were playing politics but doing little to help as the parties clashed at a House hearing over who’s to blame for squalid conditions facing migrants detained entering the U.S.

In an extraordinary duel that underscored the political heat emitted by Trump’s hard-line immigration policies, four lawmakers from each party who’ve visited the U.S.-Mexico boundary testified to the House Oversight and Reform Committee about what they’ve seen and came to starkly different conclusions. The hearing came as the number of families, children and other migrants entering the U.S. from Mexico has surged above 100,000 monthly since March, overwhelming federal agencies’ ability to detain them in sanitary conditions and highlighting the issue as the 2020 presidential and congressional campaigns are in their early stages.

“It is a policy of dehumanizing,” said Rep. Alexandria Ocasio-Cortez, D-N.Y., one of four high-profile Democratic freshmen who testified.

They were among a larger group of Democrats who visited Texas border facilities last week and returned reporting overloaded, fetid facilities and said detained women spoke of being told to drink from toilets and eat unhealthy food.

“What was worse about it was the fact that there were American flags hanging all over the facility,” she said.

Another congressional newcomer, Rep. Rashida Tlaib, D-Mich., said, “We do have a crisis at our border. It is one of morality.”

Sitting at the same witness table as their Democratic counterparts, four border state Republicans blamed the Democratic Party for the problem.

Rep. Chip Roy, R-Texas, accused Democrats of using their border trip to put on “a show in front of fences and the media” and of “vilifying” border agents for a problem they’ve not caused. He said by not toughening immigration laws, Democrats have “created the very magnet” that attracts migrants to the U.S. And then, he said, the Democratic-controlled House “cowardly sits in the corner, doing nothing” to address the problems that result. 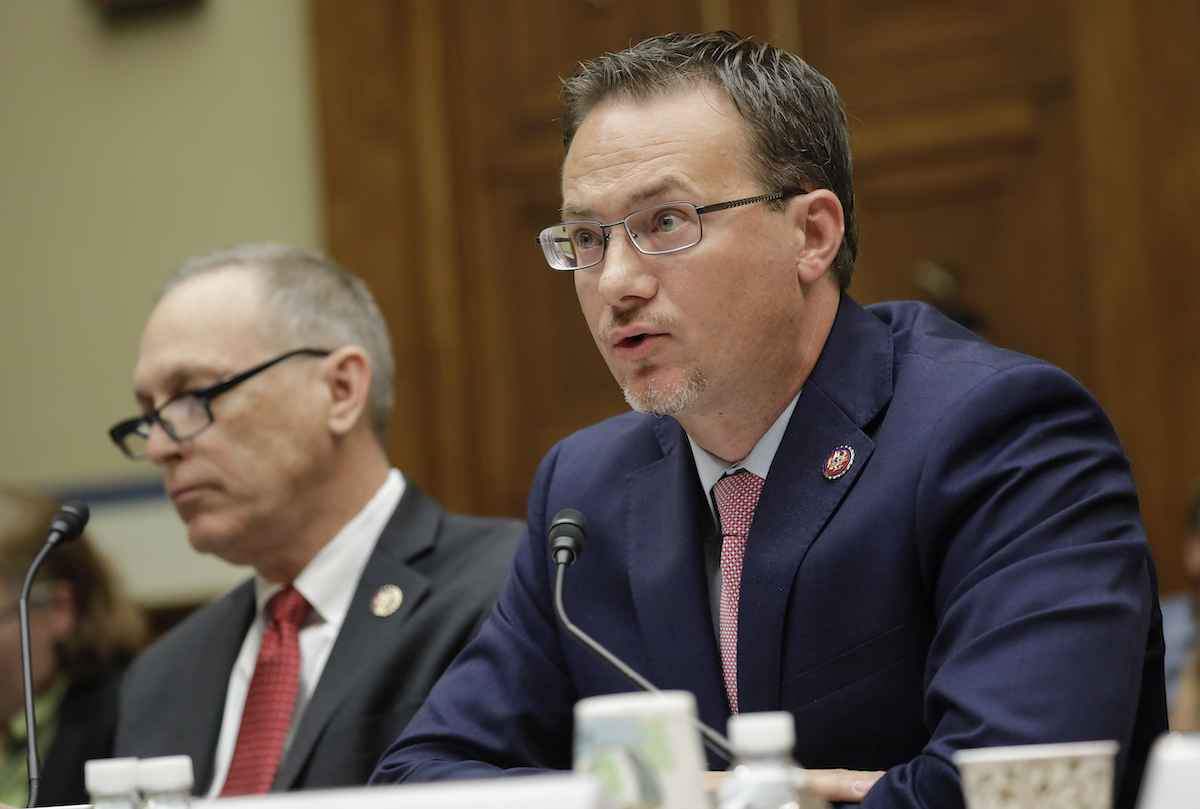 Congress last month approved a $4.6 billion measure with money to improve border stations and migrants’ treatment. That passed only after liberal and Hispanic Democrats voted “no,” complaining that House Speaker Nancy Pelosi, D-Calif., hadn’t fought hard enough to add requirements for how detained migrants must be treated.

The crossfire was further fueled after the panel’s Democrats released a report on 2,648 of the children the Trump administration separated from their families last year before abandoning that policy under widespread pressure.

The report, based on data the panel demanded from federal agencies, found that 18 children under age 2 —half who were just months old— were kept from their parents up to half a year. Hundreds were held longer than previously revealed, including 25 kept more than a year, and at least 30 remain apart from their parents.

The figures reflected “a deliberate, unnecessary and cruel choice by President Trump and his administration,” the report said.

A committee Republican aide distributed a statement calling the report “political —not serious oversight”— and said it ignored that nearly all the children were released to a parent or a sponsor.

Democrats accuse Trump of tolerating badly overcrowded and putrid holding facilities in a purposeful effort to discourage future immigrants. Trump has said many migrants who’ve fled Central American are “living far better” in detention centers than they were at home and has said the stations are “run beautifully,” though visiting lawmakers, attorneys, journalists and the government’s own inspectors have reported foul conditions.

Ocasio-Cortez, Tlaib and Reps. Ayanna Pressley, D-Mass., and Ilhan Omar of Minnesota are among four progressive freshmen who call themselves “the squad.” The four, all women of color, have tried pressuring House Speaker Nancy Pelosi, D-Calif., to demand tighter restrictions on the Trump administration’s treatment of migrants. The dispute has spiraled into a fight with racial overtones . 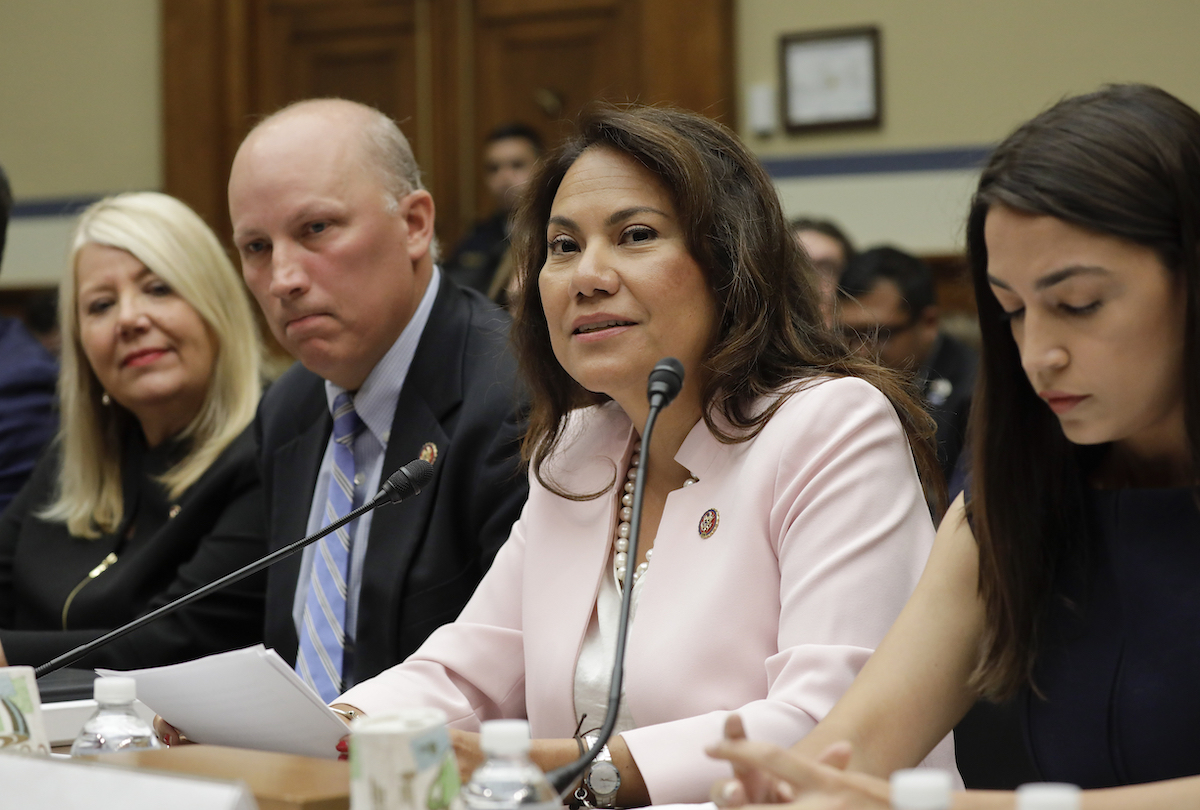 Also raising political temperatures are Trump-ordered nationwide raids targeting people in the U.S. illegally expected to start this weekend, according to administration officials and immigrant activists.

A report last week by the Department of Homeland Security’s inspector general found “serious overcrowding and prolonged detention” of children, families and single adults at border facilities in Texas’ Rio Grande Valley, the sector with the highest number of apprehended migrants in the country.

The report found that hundreds of children were being held longer than the supposed 72-hour limit and faced clothing shortages and a lack of hot meals, while some adults were detained for a week in a cell so crowded they had to stand.

Pelosi said the House will soon work on one bill by Escobar tightening oversight of the Homeland Security Department and barring most family separations. Another by Rep. Raul Ruiz, D-Calif., would establish care standards for migrants being held.