Mexico Says Number of Migrants Down 39% Since May 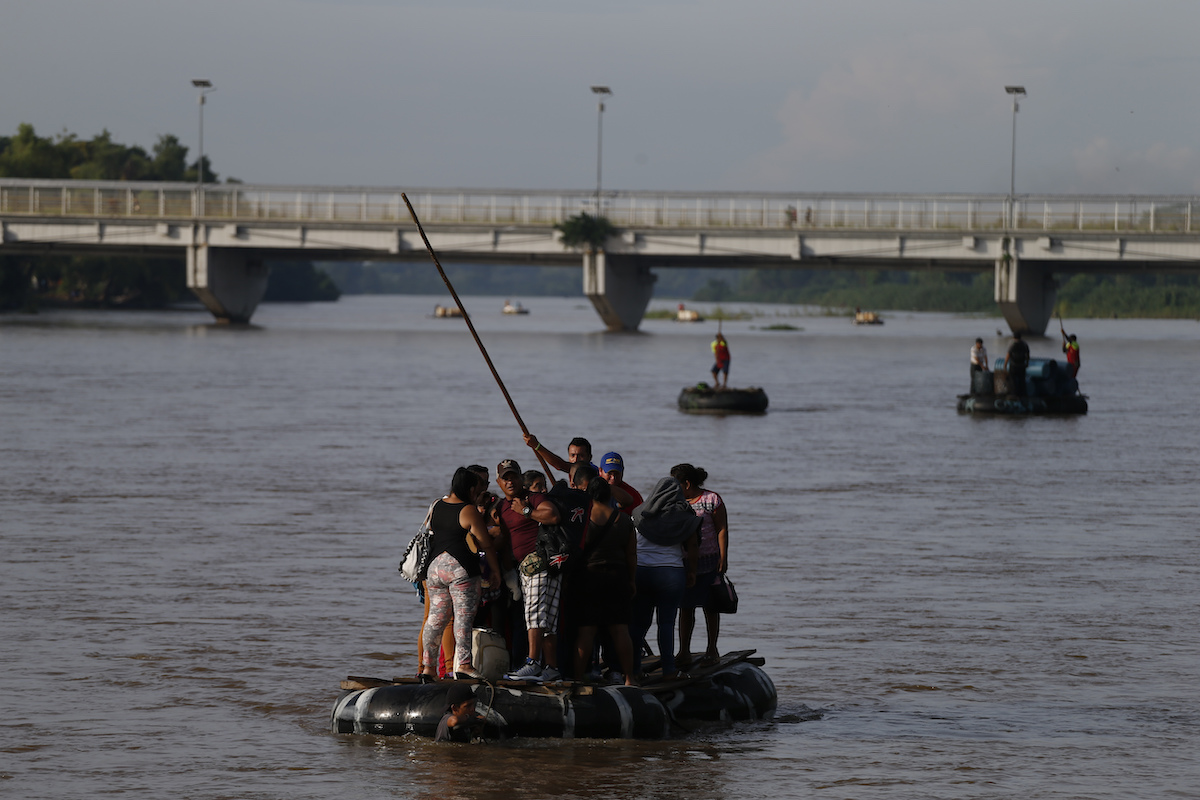 MEXICO CITY (AP) — Mexico said Tuesday the number of mainly Central American migrants traveling through the country to reach the U.S. border has declined by 39% since May.

Mexico’s foreign relations secretary, Marcelo Ebrard, said the number of migrants fell from 144,278 in May, to 87,648 so far in July.

Ebrard said the drop is the result of greater Mexican enforcement of its immigration laws, as well as investment in job creation in Central America.

He said Mexico would not provide shelters for all the migrants sent back to Mexico by the United States while awaiting resolution of their U.S. asylum requests.

That has become an issue in the Mexican border city of Nuevo Laredo, where hundreds of migrants have been bused from the dangerous border town to the city of Monterrey, and simply left at a bus station.

Ebrard said more than half of the migrants sent back under the Remain in Mexico program, also known as the Migrant Protection Protocol, hadn’t asked for shelter.

“Who is offered shelter? The ones who need it, typically families,” said Ebrard. “But not everybody is asking for it, I would say that more than half aren’t asking for it,” adding many had rented rooms at hotels or houses.

Ebrard suggested the problem of crowds of migrants either waiting to file U.S. asylum claims or waiting for hearings was declining in some areas.

“People shouldn’t think that at all points along the border we are going to receive more migrants every day,” Ebrard said. “In Tijuana there has been a very, very, very big drop. In Yuma, on our side in Sonora, in Ciudad Juárez, there has been a significant decrease.”

He noted that Mexico was in the process of opening a services center for migrants in Ciudad Juárez.
Not everything in Mexico’s new immigration plan was going smoothly, however.

The head of Mexico’s National Immigration Institute, Francisco Garduno, said almost a tenth of the agency’s officers were under investigation for corruption or other abuses.

Garduno said there were between 400 and 500 internal affairs investigations underway at the agency, which has a total force of about 4,500 employees, plus about 1,500 federal enforcement agents. Immigration agents have been accused in the past of participating in migrant smuggling and extortion of migrants.