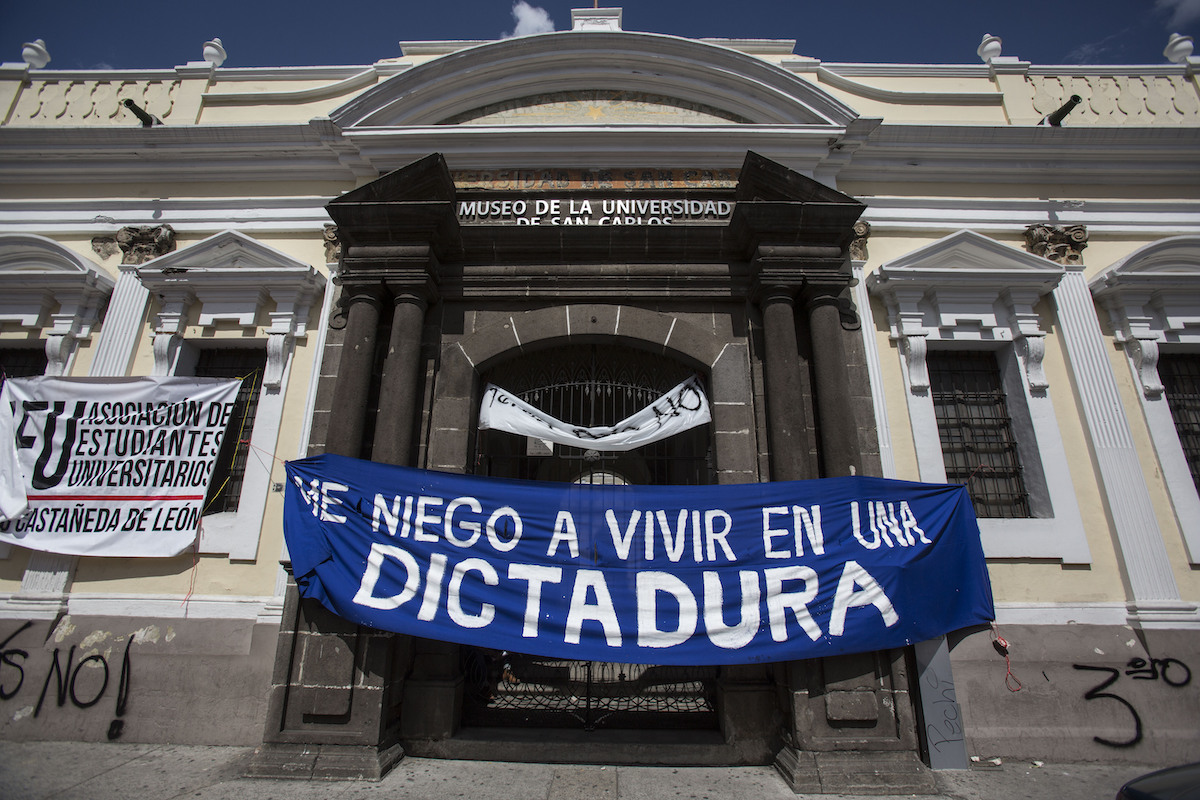 The message “I refuse to live in a dictatorship” hangs outside the University Museum where students closed access to the museum to protest a deal Guatemalan President Jimmy Morales’ government signed with Washington forcing Salvadorans and Hondurans to request asylum in Guatemala instead of the United States, in Guatemala City, Tuesday, July 30, 2019. (AP Photo/Oliver de Ros)

GUATEMALA CITY (AP) — The acting head of U.S. Homeland Security held discussions behind closed doors in Guatemala on Wednesday on an agreement that would force many asylum seekers to file claims in the Central American country instead of the United States.

Details on Acting Secretary Kevin McAleenan’s agenda and activities were scant, and there was no immediate access for journalists. But the Guatemalan government said it included a meeting with Interior Minster Enrique Degenhart, who signed the deal in Washington last week.

“Looking forward to working to expand the partnership between Guatemala and the U.S. to stem the flow of illegal migration and disrupt human smuggling and transnational criminal organizations,” McAleenan tweeted.

Just arrived in Guatemala. Looking forward to working to expand the partnership between Guatemala and the U.S. to stem the flow of illegal migration and disrupt human smuggling and transnational criminal organizations.

Presidential candidate Sandra Torres’ political party also said McAleenan would meet with her, a week and a half before her runoff election against Alejandro Giammattei, who was also due to meet the acting secretary.

Torres has said President Jimmy Morales should not have signed the agreement since he is due to leave office in January, and the matter should have been left to whomever wins the Aug. 11 vote. She has also said Guatemala doesn’t have enough resources to take care of its own people, “much less to have foreigners here and attend to them.”

Giammattei, meanwhile, said previously that he was “angry” about and opposed the signing of the deal. He said lawmakers should be consulted and called it a difficult agreement to fulfill.

Washington is apparently seeking to win local approval for the pact, which could significantly ease the wave of mostly Central Americans arriving at the U.S. border. It would mean Hondurans and Salvadorans who travel by land through Guatemala must apply for asylum there rather than on U.S. soil.

Critics of the deal point out that Guatemala, which is both a sending and transit country for irregular migration, has the same problems driving Hondurans and Salvadorans to flee their homes: violence, poverty, joblessness and a prolonged drought that has severely hurt farmers.

Guatemala is ill-prepared financially or in infrastructure terms to provide safety, housing, education and other support for potentially tens of thousands of Central Americans. 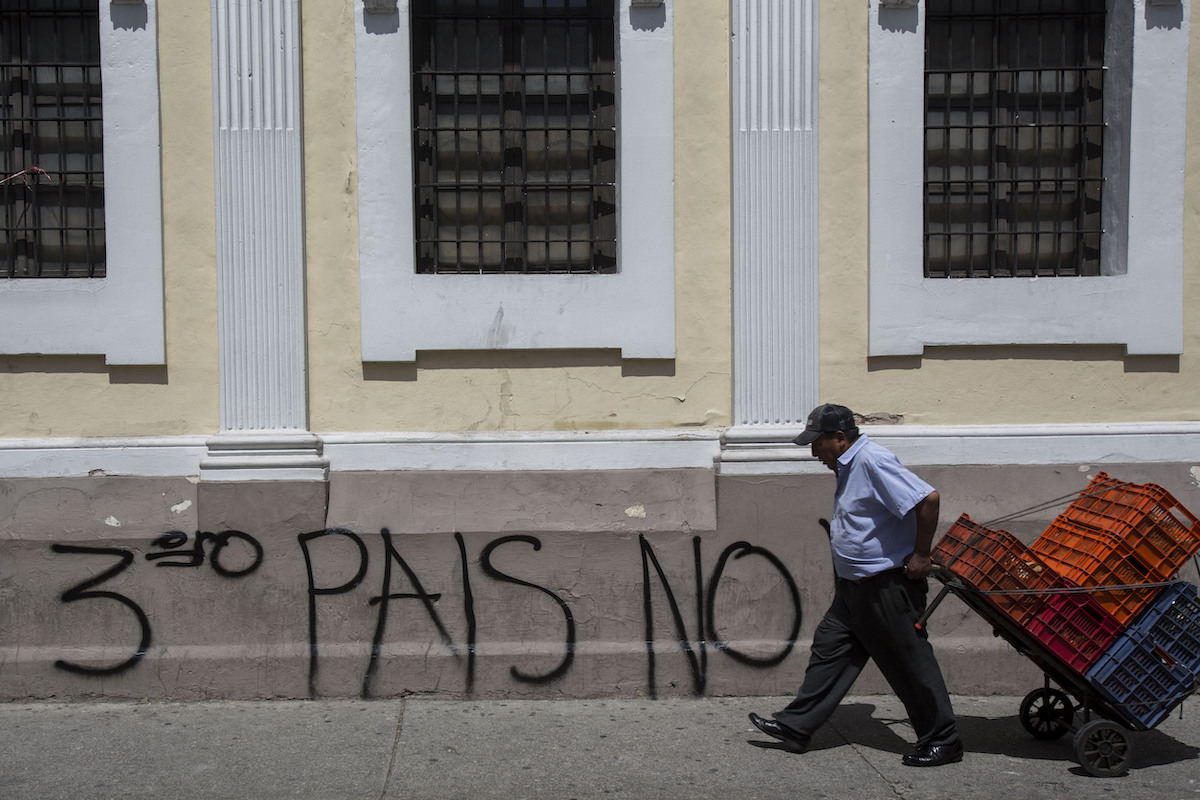 The agreement has been challenged in Guatemala’s Constitutional Court. Human rights prosecutor Jordán Rodas asked the tribunal to overturn it, arguing that U.S. President Donald Trump’s threats of tariffs or other consequences made the agreement null.

The Constitutional Court had also issued injunctions before the signing, telling Morales’ government not to enter into a deal without approval from the country’s Congress, but the rulings were ignored.

“The status quo is not sustainable. Guatemalan children and families have fallen victim to a dangerous cycle of human smuggling that puts the most vulnerable populations at risk. This, in turn, is tearing at the fabric of local Guatemalan communities,” Arreaga said.

The ambassador added that under the deal, subject to Trump’s approval, Guatemala could see economic support through “increased overseas private investment, U.S. development assistance and additional U.S. investment” in Guatemala’s private sector and to create jobs in the Western Highlands, a region with high emigration numbers.

According to the U.N. Development Program, Guatemala is one of the most unequal nations in the world and 60% of its people live in poverty.

The president of the American Chamber of Commerce in Guatemala also said McAleenan would present a plan of action to implement the deal.