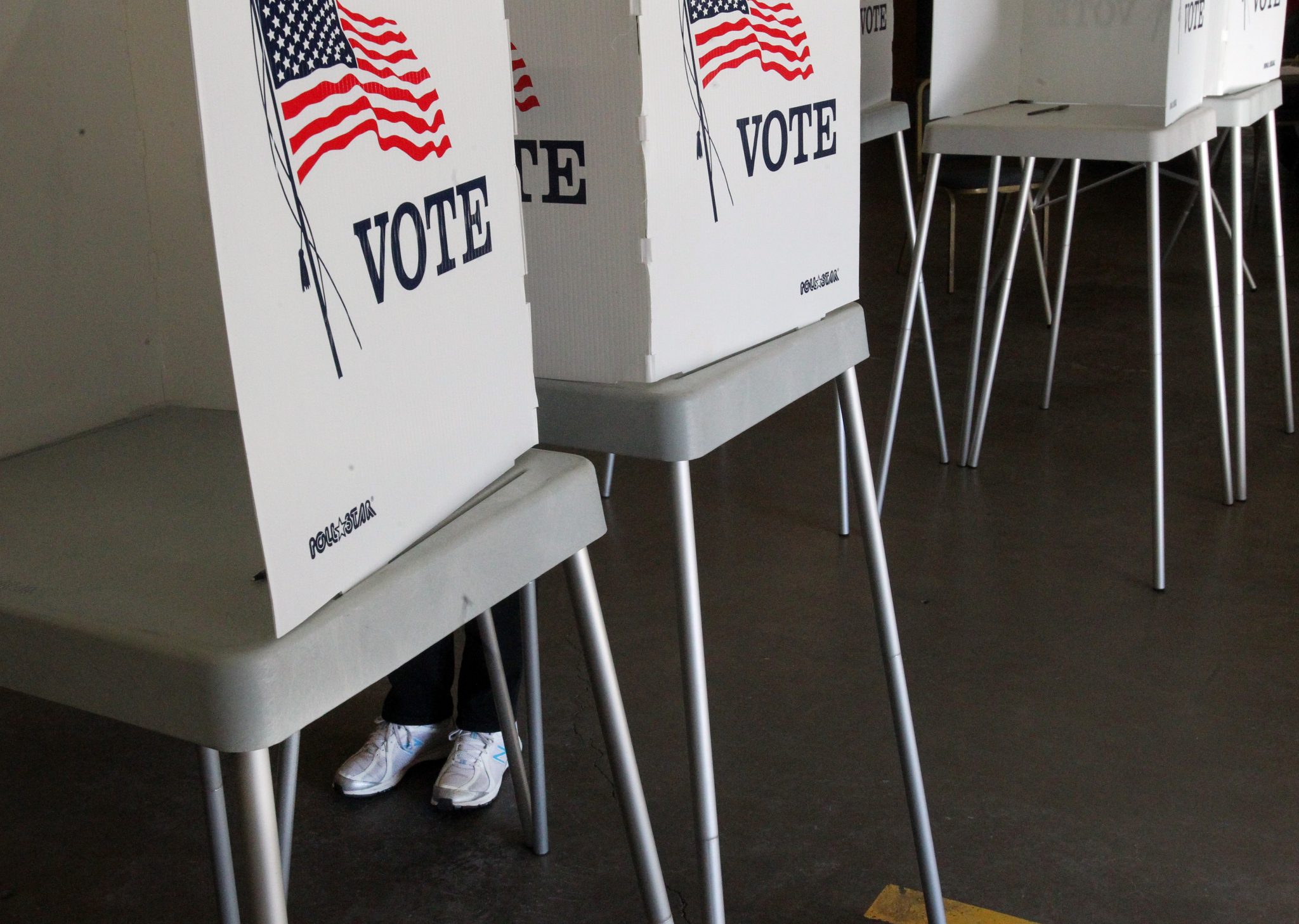 By Taeku Lee and EunSook Lee

Women of color, especially black women, are potent forces in progressive politics, both in office and as organizers who mobilize voters. It seems that liberals take this for granted, but conservatives tacitly recognize the political power of women of color when they try to discredit them through ridicule and harassment.

Consider President Trump’s attacks on the members of “the squad” who have proven to be remarkably deft and savvy politicians. Or recall that Gov. Brian Kemp of Georgia played referee, scorekeeper and contestant so he could tip the scales in his favor in the 2018 election for governor against Stacey Abrams, whose voter protection efforts had begun years earlier.

That’s why it’s important to note that the outcome of the 2020 election will likely depend upon the efforts of independent groups led by women of color —like Asian Americans Advancing Justice-Atlanta and the New Virginia Majority Education Fund— that are experts at the nuts and bolts of politicking.

A new report called “Ahead of the Majority,” by the <AAPI Civic Engagement Fund and Groundswell Fund uses recently released census data, polling data from the 2018 midterm elections and interviews with community organizers to illuminate the political power of women of color. Their numbers are growing, and they are turning out to vote; mobilizing their families, friends and communities; and taking to the streets.

Since 2008, women of color have grown by 18 percentage points in the general population and by 25 percentage points among registered voters. This is starting to show up at the ballot box. The 2018 election set new benchmarks for turnout in a midterm election, with a whopping 30 million more people voting than in 2014. For women of color, the increased turnout was even more stark, at 37 percent; for Latinas it was 51 percent; and for Asian-American and Pacific Islander women, 48 percent.

Women of color incited this change because they mobilized their friends and family in significant numbers. Black women led the way, with 84 percent convincing members of their social networks to register and vote, followed by 76 percent of Asian-American and Pacific Islander women, 72 percent of Native American women, 70 percent of Latinas and 66 percent of white women.

Turnout also substantially relied on the efforts of independent political groups. Consider that nearly half of 2018 voters who were contacted to register or go to the polls reported that the contact came from a group unaffiliated with a political party.

Voters of color were more likely to have been contacted this way, and these numbers buttress the experience of community-based organizations on the ground that carried out an uncommon range of nonpartisan civic engagement activities to reach those who had recently become citizens or who were classified as having a “low propensity” to vote.

The impact of community groups is especially impressive given their limited resources. Those focused on reaching communities of color have even fewer resources.

Women of color who are organizers on the ground testify that they were effective because they came from the same communities they were organizing. These independent community groups see women as the original influencers in the family and designed culturally informed programs for them. Those programs drew from the knowledge of existing networks and were used to help develop homegrown talent instead of simply relying on outside strategists who parachute into communities to extract surgical campaign victories

We also found that in 2018 voters were engaged beyond the ballot box. What looked to be an unprecedented number of Americans took to the streets, with communities of color especially active in grass-roots political activism and mass protests. Surveys from previous midterm years show protest participation typically hovers in the low single digits. But in 2018, an extraordinarily high estimate of 1 out of every 8 Americans engaged in protest politics. That figure was nearly 20 percent among African-Americans and Native Americans.

We are in a time of extraordinary challenges and opportunities for our democratic politics. At moments like this, people most directly impacted best understand the urgency for change and action. In 2018 women of color showed America what that urgency means in terms of political engagement.

Ninety-three percent of black women voters supported a Democratic House candidate as did 68 percent of Native American women, 76 percent of Latinas and 73 percent of Asian-American and Pacific Islander women. This does not bode well for the incumbent president.

Mr. Trump’s re-election strategy is focused on energizing his base of disaffected white men. And with white women evenly split between Republicans and Democrats, we would do well to heed the potential for women of color to decide the outcome of the 2020 election.

In other words, steering away from the divisive rhetoric and vitriol is the right thing for both major political parties to do in 2020. So is investing in women of color. To do so, donors should fund work in ways that are not episodic, chaotic or project-based, which is now the status quo. Instead, they ought to provide multiyear, general operating grants that allow women of color to develop leadership skills, execute culturally informed approaches and learn and grow in other ways. Organizations led by women of color are chronically underfunded and expected to produce measurable outcomes in a short time.

Moreover, we know very little about how to engage women of color in politics. We need to support more research, more innovation and greater improvements to existing voter contact tools. And we need to focus on protecting voting rights as voter suppression continues. Finally, people working in civic engagement must help create infrastructure, the formation of durable groups that are led by women of color and that are in the fight for the long term. We urgently need this. Our democracy itself is at stake.

Taeku Lee is a professor of political science and law at the University of California, Berkeley. EunSook Lee is director of the AAPI Civic Engagement Fund.

14 responses to “Why Trump Fears Women of Color (OPINION)”