Ecuador’s Protesters March, and Some Clashes Break Out in Quito 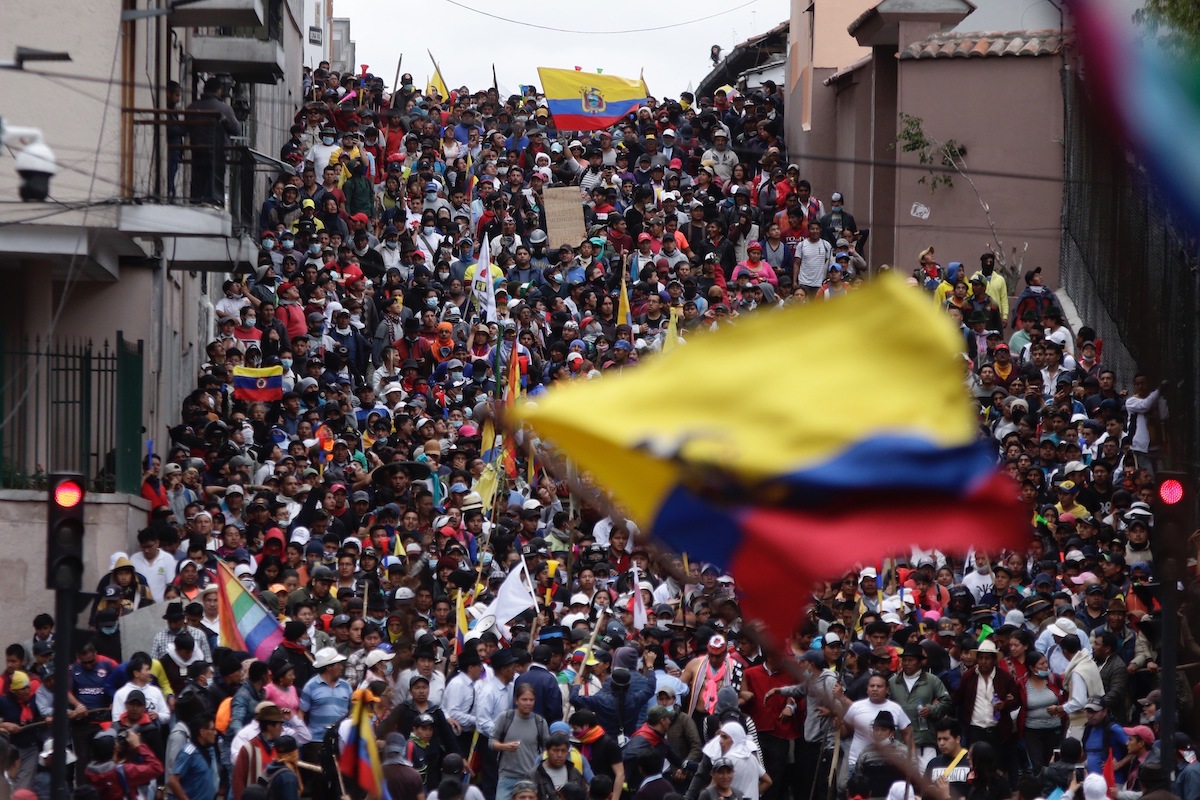 QUITO, Ecuador (AP) — Thousands of protesters held anti-government rallies in Ecuador on Wednesday, seeking to intensify pressure on the government after a week of unrest sparked by fuel price hikes.

There were some clashes between stone-throwing demonstrators and police using tear gas to fend off crowds, including around the empty government headquarters in the capital, Quito.

Demonstrators struggled to get close to the headquarters in the colonial-era Carondelet palace, sealed off by police barricades in the narrow surrounding streets.

The protesters included youths who burned tires and confronted security forces, labor union members and indigenous people who mobilized and marched, for the most part peacefully.

Ecuador’s Red Cross said it was suspending paramedic and ambulance services because of security concerns. Red Cross volunteers had been attacked in several locations in recent days and people threw stones at an ambulance in Quito on Monday, the aid group said.

The military earlier warned people against violence during Wednesday’s protests, following unrest that led President Lenín Moreno to move government operations from Quito to the port of Guayaquil.

In a statement, the military appealed to Ecuadorians to denounce anyone who uses the cover of the protest to carry out vandalism and other crimes.

The military’s backing is key for Moreno, who said late Tuesday that his government is negotiating with indigenous groups. The president said the dialogue is difficult because so many indigenous groups are involved. He also said he will not resign despite widespread discontent in the South American nation of 17 million.

Moreno was returning to Quito from his temporary base in Guayaquil to monitor government handling of the protests on Wednesday, Interior Minister María Paula Romo said.

Ecuador’s political crisis shows no signs of abating. While labor leaders called the strike Wednesday, economic activity in much of the country has already been stalled by clashes, looting, blockades and other disruptions.

The disturbances have spread from transport workers to students and then to indigenous demonstrators, an ominous turn for the government. Indigenous protesters played a major role in the 2005 resignation of Ecuador’s president at the time, Lucio Gutiérrez, though the military’s tacit approval was key to his removal.

Correa denies allegations that he is trying to instigate a coup and says he and his allies are victims of political persecution. Correa, who has been living in Belgium, faces an arrest warrant issued last year in Ecuador for alleged corruption. 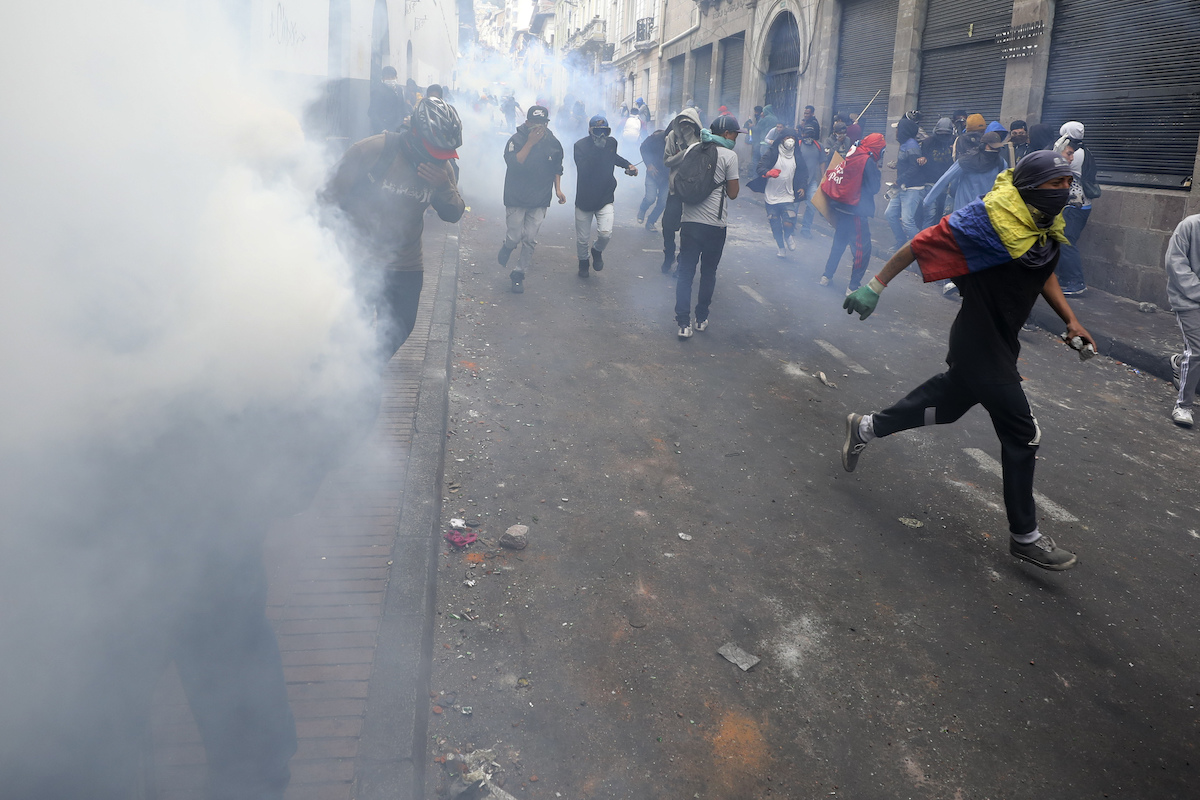 Ecuador’s cuts in fuel subsidies were among measures announced as part of a $4.2 billion funding plan with the International Monetary Fund, which said the package will strengthen the economy and generate jobs.