Chile Backs Away From Tax Breaks on the Rich Amid Protests 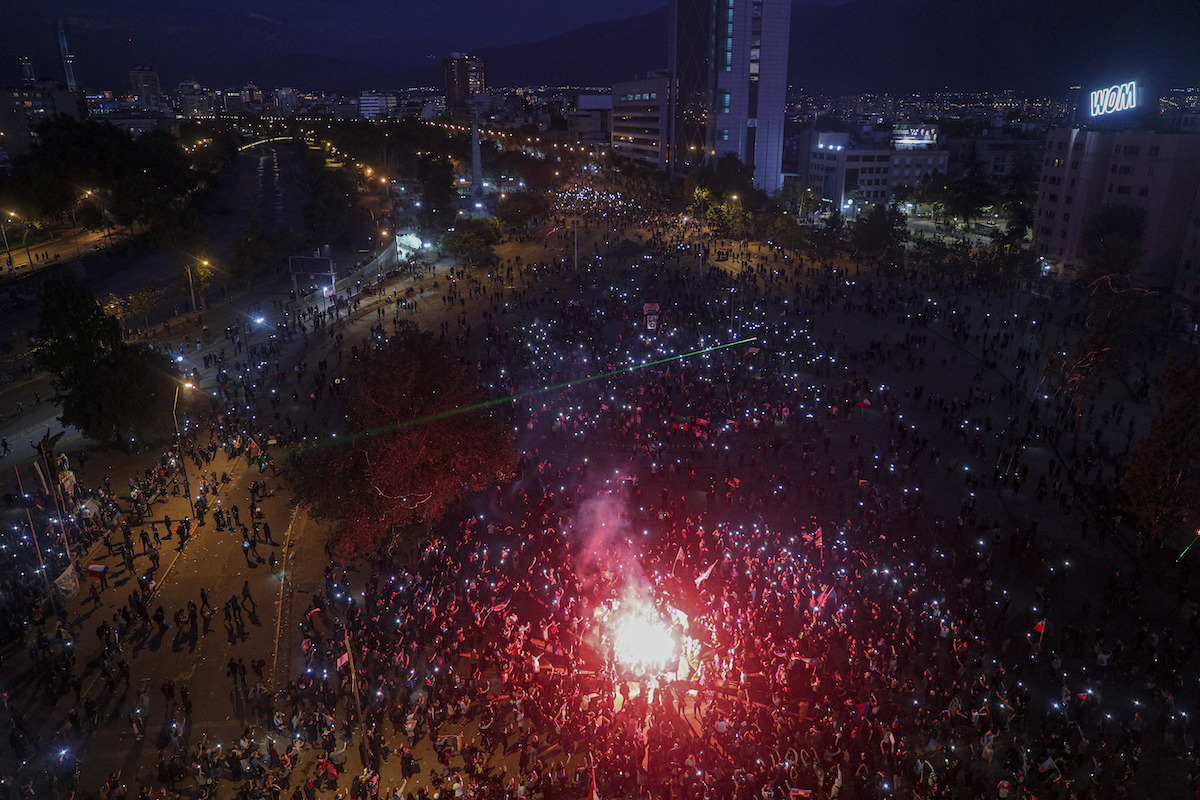 SANTIAGO, Chile (AP) — Chile’s government said on Friday that it is backing away from a plan to cut corporate taxes following two weeks of protests fed by anger of inequality.

Tens of thousands were demonstrating again Friday in the capital, continuing protests that have shaken the country and forced the cancellation of two major international summits that had been scheduled for Santiago.

Small groups of rock-throwing demonstrators clashed with police, who responded by firing tear gas to disperse the crowd. But the demonstrations on the second day of a four-day weekend holiday were largely peaceful and included many parents with children who chanted, jumped and danced.

Thousands of women carrying white carnations and dressed in black also marched along the city’s main avenue to mourn the 20 people who have been killed since a proposed hike in subway fares this month set off the 15 days of protests that morphed into a call for deep-rooted changes. Hundreds have also been injured in looting, arson and clashes with police and soldiers. 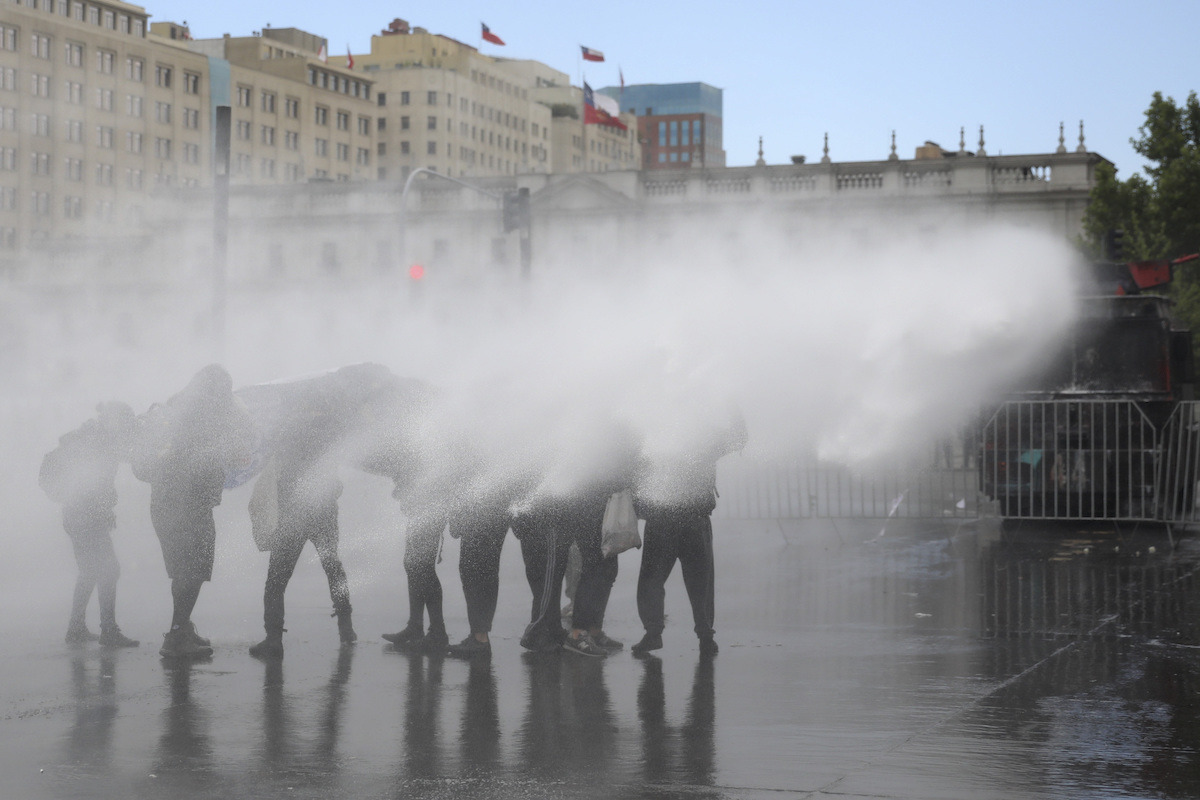 Opposition leaders say that’s not enough and like many protesters, they demand a new constitution to replace the 1980 charter written under Gen. Augusto Pinochet’s military dictatorship, which allows many social services and natural resources, including water, to be wholly or partially privatized.

Piñera said Wednesday that he was canceling the Asia-Pacific Economic Cooperation and U.N. global climate gatherings, which were planned for November and December, due to the chaos unleashed by the protests in one of the wealthiest, but most unequal counties in Latin America.