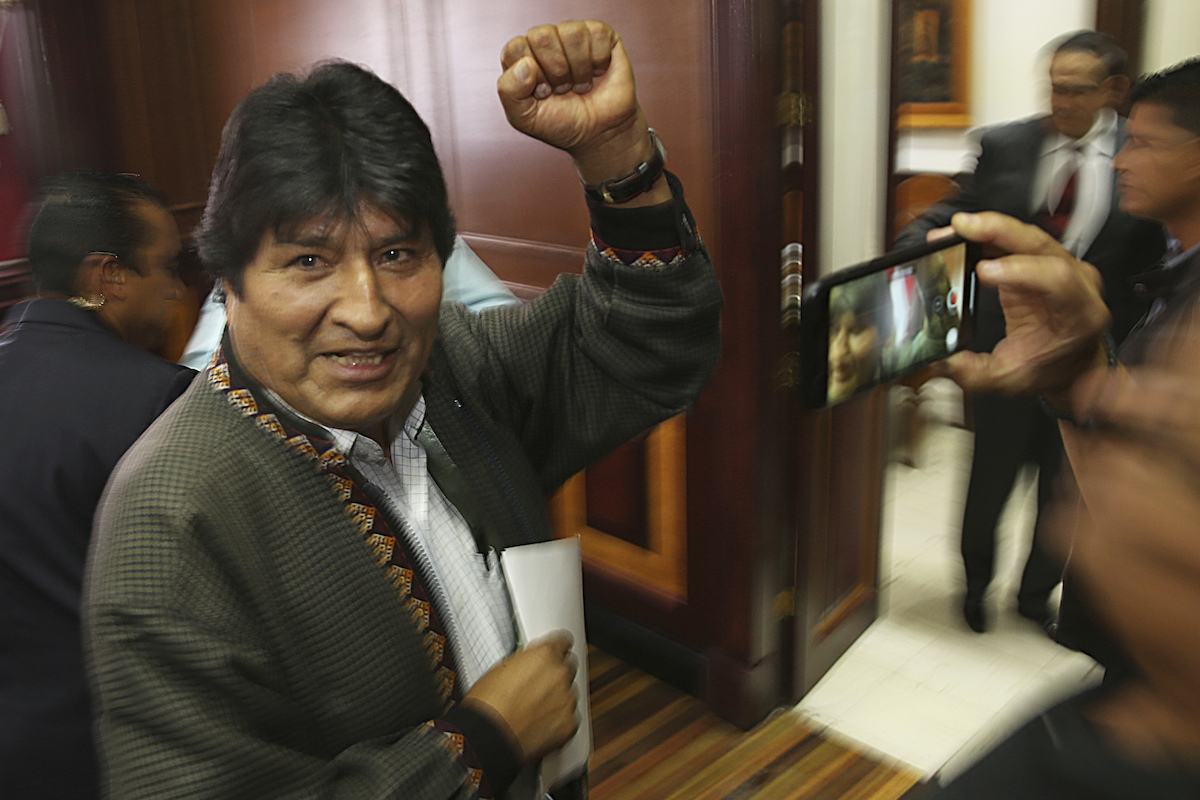 BUENOS AIRES (AP) — Former Bolivian President Evo Morales has flown to Argentina, where the new center-left government said Thursday that it had granted him political asylum.

“I’ve come to Argentina to keep fighting for the most humble people,” Morales said on Twitter. “I feel strong and excited.”

Morales will live in the capital with his two children, who arrived on November 23. The former president fled Bolivia for Mexico last month after nationwide protests and a loss of support from the police and military, then traveled to Cuba for several days.

“He feels better here than in Mexico, which is far away,” said Solá, who took office Tuesday in the new government of President Alberto Fernández.

Bolivian Foreign Minister Karen Longaric said she hoped Argentina would not become a platform for Morales to play a long-distance role in Bolivian politics.

“We expect the Argentine government to comply with international norms of political asylum,” she said. “We don’t want to see what happened in Mexico, where Evo Morales had an open microphone and a stage.”

Solá said Morales would have a justified fear for his safety if he stayed in Bolivia.

“If we didn’t take care of him he’d very quickly be afraid for his life,” Solá said, adding that he expect that Morales would not make political statements from his new home in Argentina.

Morales was accompanied by at least four former high-ranking officials in his administration. He has been accused of sedition and terrorism by the administration of interim President Jeanine Áñez, who took power amid unrest that has claimed at least 32 lives.