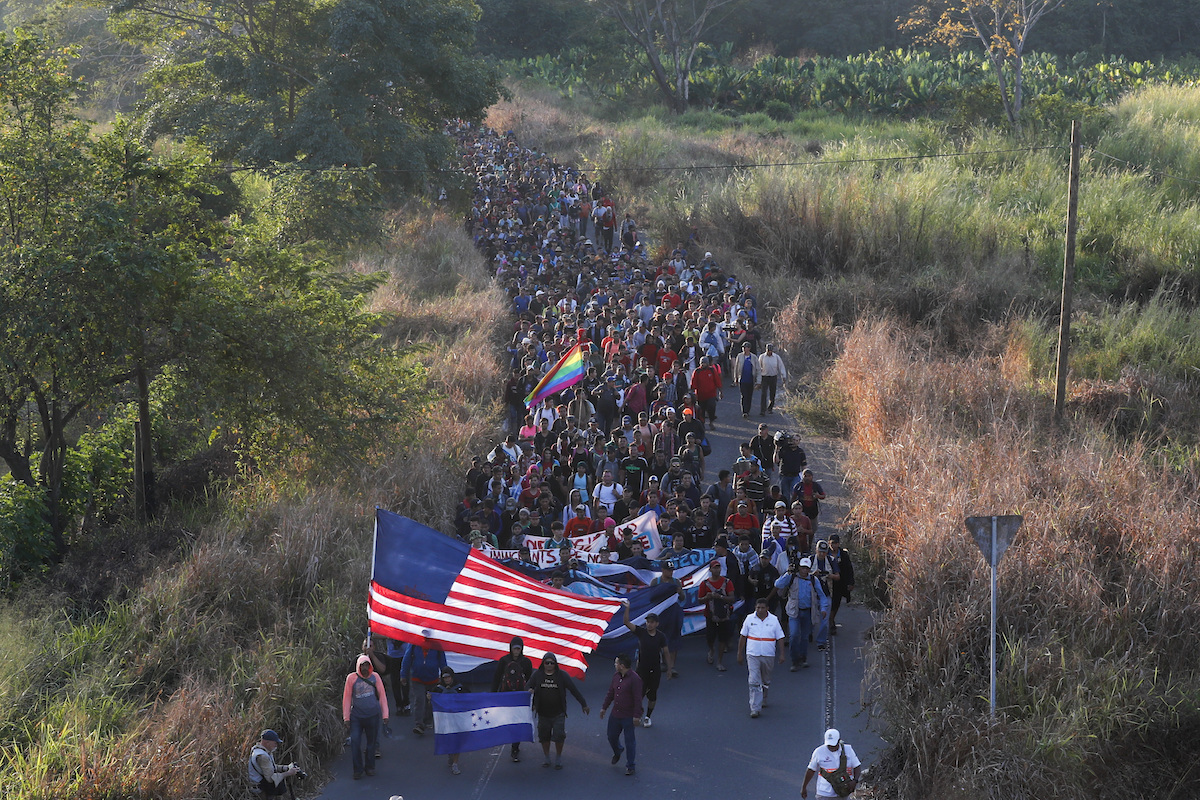 Carrying U.S. and Honduran flags at the head of the procession, they walked along a highway toward a waiting contingent of dozens of national guardsmen with riot shields and body armor and vans from the National Immigration Institute.

Jose Luis Morales, a Salvadoran leader of the caravan, said the migrants want to negotiate to be allowed to pass peacefully.

But Mexico has cracked down on the large caravans seen previously following intense pressure from Washington last year.

Thursday’s movement was a resurgence of a migrant caravan that had been diminishing since its last concerted attempt to cross the border Monday was turned back by Mexican National Guardsmen posted along Suchiate River, which forms the border here.

The migrants awoke with a plan Thursday. By 4:30 a.m. they had all packed their belongings and were just awaiting the call to move. They would not cross where Mexican authorities were posted across the river. 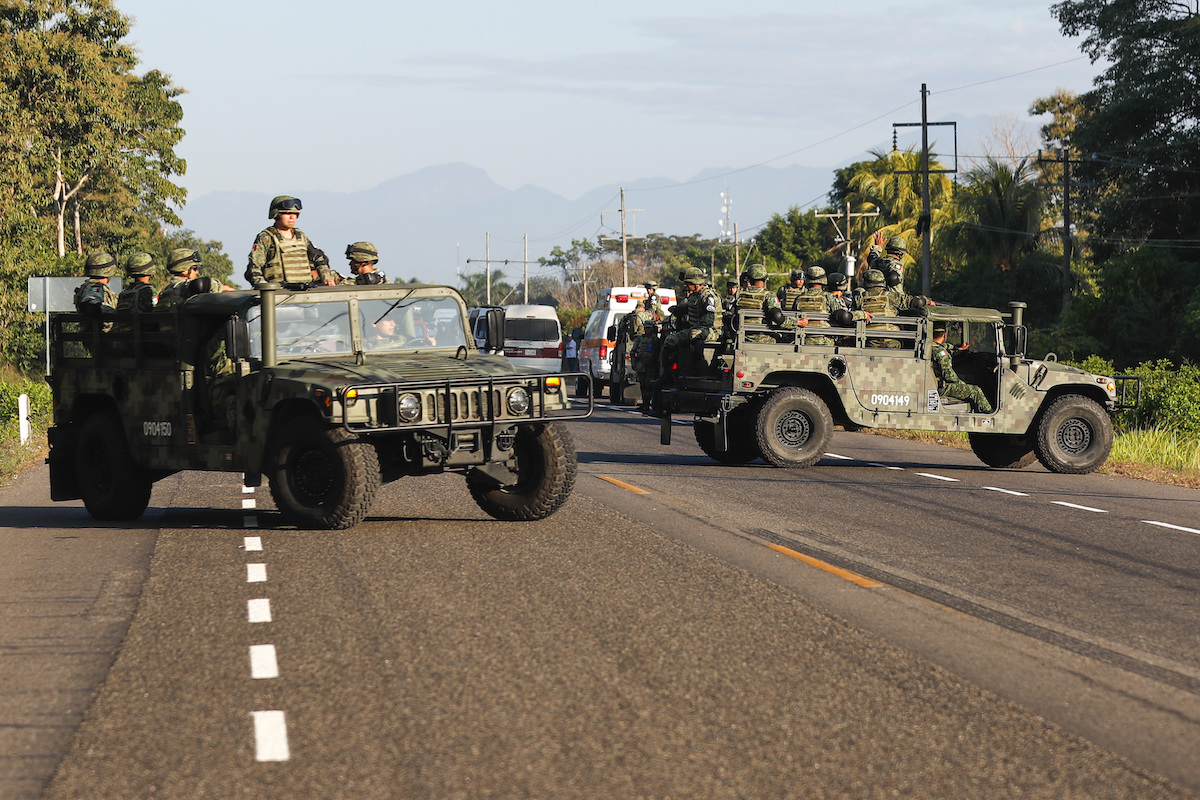 They prayed for about an hour before leaving and then walked upriver on the Guatemala side in the dark to near another bridge that handles commercial traffic between the two countries. There were no Mexican authorities on the opposite bank.

There the water was deeper, coming to the waist of a grown man, so a number of young men entered the river first and formed a human chain to keep the women and children who followed from being pulled by the current. When the first migrants crossed at 6 a.m., it was still pitch black.

The national guardsmen awaited the caravan outside the community of Frontera Hidalgo, near Ciudad Hidalgo where the migrants crossed the Suchiate River at dawn.

Mexico began flying and busing members of the caravan back to Honduras on Tuesday. 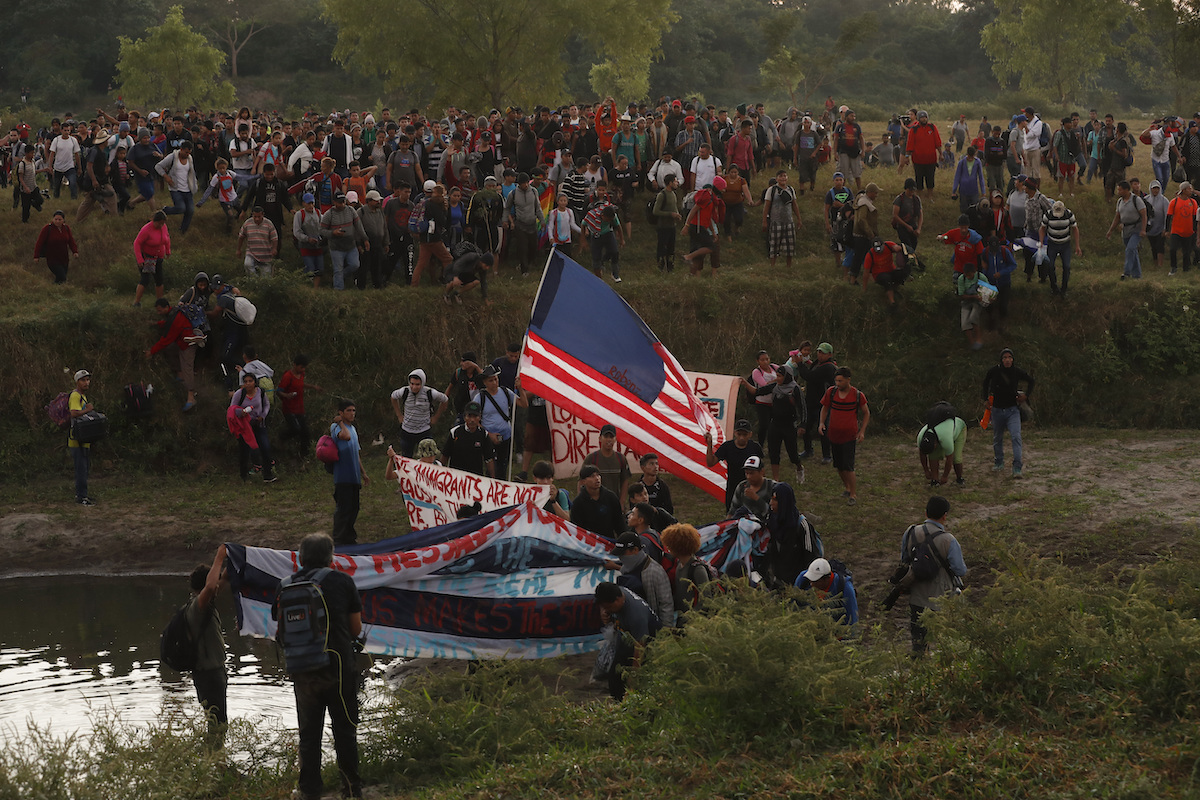 Seven more buses left Mexico for Honduras on Wednesday, carrying 240 migrants back home, and two flights left with an additional 220 Hondurans, Mexico’s National Immigration Institute said. By Wednesday, the number of people outside the Casa del Migrante in Tecún Umán was perhaps half of what it was at its peak Sunday night.

In previous caravans, Mexican authorities have allowed caravans to walk for awhile, seemingly to tire them out, and then closed their path.