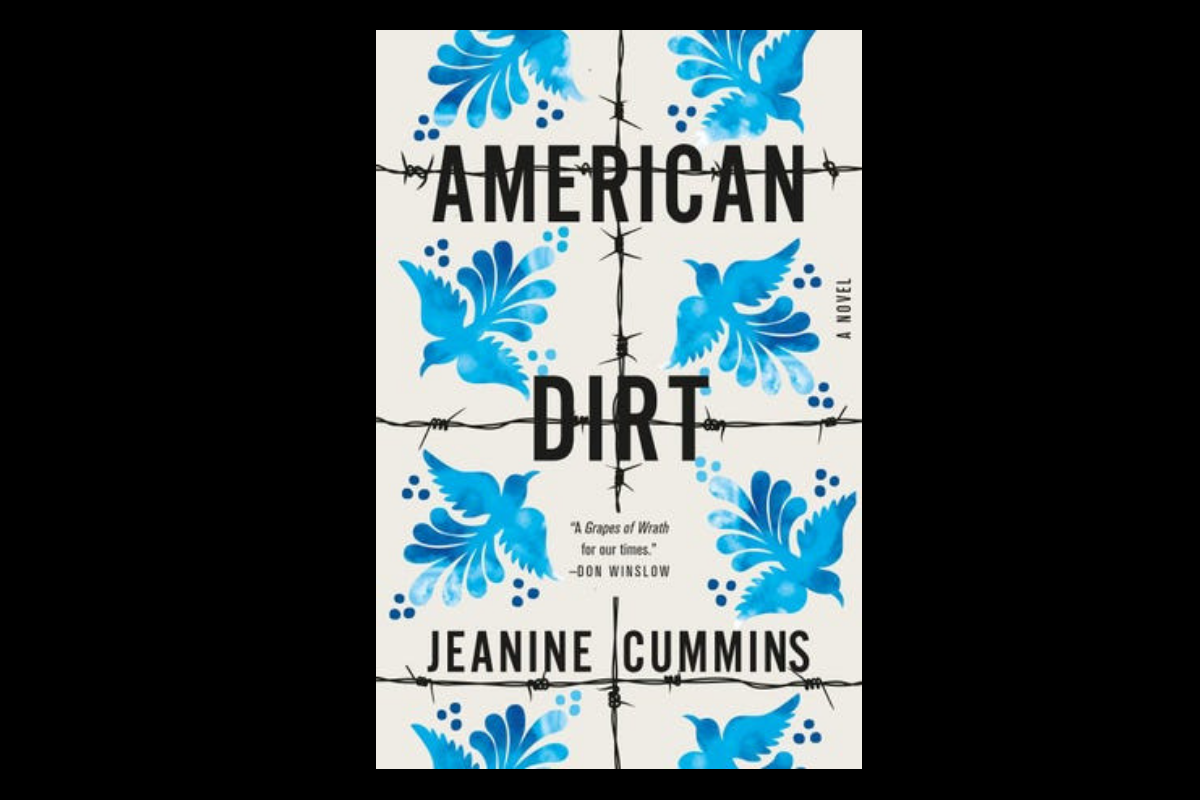 During a trip to Mexico to visit family, writer Myriam Gurba took American Dirt, a novel about immigration and cartel violence that was being touted as one of the biggest U.S. releases of 2020. The writer was of mostly white descent, and Gurba felt the book didn’t ring true.

“I was reading the book in El Parque de la Revolución in Guadalajara. I’d look up and see real Mexico,” said Gurba, of Long Beach, California. “I’d look down back at the book and see fake Mexico.”

Since before its publication, American Dirt, by Jeanine Cummins, garnered suspicion and criticism from many Latino writers and activists at the same time — and partly because— it was being heralded by many in the book community as a vital new work on the Southern border crisis. It was praised by novelist Don Winslow as a modern Grapes of Wrath.

The novel has become a flashpoint in debates over who gets published, how reputations are formed, and who can tell which stories in an industry —from publishers and editors to booksellers and agents— that is predominantly white.

Nicolas Kanellos, founder and publisher of Houston-based Arte Público Press, the largest publisher of Hispanic literature in the U.S., said a lot of the anger stems from the exclusion of Latino writers by major publishers.

“This has been going on for decades and these New York publishers don’t get it,” said Kanellos.

Cummins, author of three previous books, has faced criticism for previously identifying as white but mentioning her Puerto Rican grandparent as the novel got closer to publication. “You don’t get to bring out your Puerto Rican abuela when it’s convenient,” said Daisy Hernández, a Colombia American writer who teaches writing at Miami University of Ohio and wrote a 2014 memoir, A Cup of Water Under My Bed.

In the past, some white writers have received acclaim for their portrayal of Latinos in the U.S. Edna Ferber, a Michigan-born Jewish novelist, was widely admired by some Latinos for her portrayal of Mexican Americans in her 1952 novel Giant. She interviewed civil rights leaders Dr. Hector P. Garcia and John J. Herrera in her research into discrimination in Texas. John Steinbeck enjoyed a following among Mexican Americans for his stories set in Northern California.

And in 1974, California-born John Nichols was praised for his novel The Milagro Beanfield War, which explored the complicated relationship between Hispanics and whites in northern New Mexico and the battle over water rights.

Others, like T. C. Boyle and D.H. Lawrence, faced criticism for stereotypical portrayal of Latinos.

Bernadine Hernández, an English professor at the University of New Mexico, said that since those earlier books, colleges have introduced Chicano Studies and created a more critical Latino reading audience.

“It’s also coming at a time when Latinos are more sensitive and critical readers,” she said. “We can go to social media and express it.”

Gurba accused the big publishers of “librotrafficking,” comparing them to a cartel that controls who gets to tell Latino stories. Her scathing review of American Dirt, in which she accuses Cummins of appropriating works by Latinos, went viral.

American Dirt, published last week, tells the story of a Mexican woman and her 8-year-old son fleeing to the U.S. border after a drug cartel kills the rest of their family. It has been in the top 10 on Amazon.com for the past week, and has been praised by authors ranging from John Grisham and Stephen King to noted Latina authors Erika Sanchez and Sandra Cisneros.

Then Oprah Winfrey offered one of publishing’s most cherished honors: endorsement for her book club. Some Latino celebrities posted selfies with the book; Mexican-born actress Salma Hayek later apologized for promoting “American Dirt” without having read it after she was attacked on social media.

In a video posted last weekend on Instagram, Winfrey said she now realizes the book struck “an emotional chord” with Latinos and created a need for deeper conversation. Winfrey wants to hold a discussion on the politics of publishing for an Apple TV special in March.

It’s clear that we need to have a different kind of conversation about American Dirt and we welcome everyone’s thoughts and opinions in our community. #ReadWithUs

In a statement, Sanchez, author of I Am Not Your Perfect Mexican Daughter, said Monday that she blurbed the book only after she saw that Cummins identified as Puerto Rican. “What’s resulted is not at all what I expected, obviously,” Sanchez said, adding that she was taking a break from social media.

Cummins confided in the book’s afterword that she didn’t know if she was the right person to write the book. She has told The Associated Press she spent extensive time in Mexico and met with many people on both sides of the border. “So many of the stories center on violent men and macho violent stories about people who commit atrocities,” she said. “My hope was to reframe the narrative and show it from the point of view of the people on the flip side of violence.”

Some Latinos are organizing gatherings to challenge Cummins at planned readings. So far, at least three events have been canceled, in part over security concerns. Tony Diaz, a Mexican American novelist in Houston, is organizing a protest outside the Blue Willow Bookshop, which is hosting Cummins on Monday. “We will never set foot in that bookstore again,” he said.

Blue Willow owner Valerie Koehler said the store is discussing options with the publisher over the event. “We believe in free speech and the power of story,” Koehler said in a statement.

Matt Sedillo, a Los Angeles-based poet and author of Mowing Leaves of Grass, said publishers need to make room for Latinos today or risk going out of business tomorrow. “Until then, we are going to have to build our own networks outside of the big publishers,” Sedillo said. “And then they will come begging for us.”

Russell Contreras is a member of The Associated Press’ race and ethnicity team. Follow him on Twitter at @russcontreras.