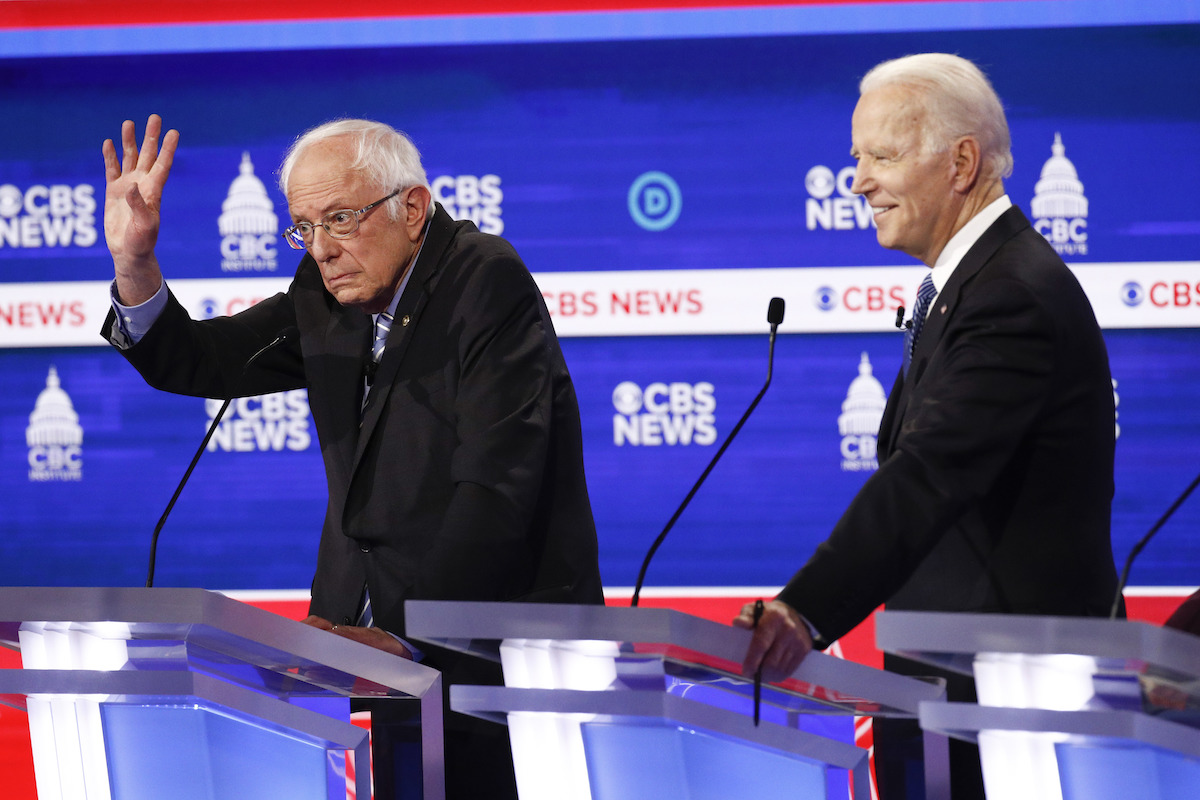 CHARLESTON, S.C. (AP) — Democrats unleashed a roaring assault against Bernie Sanders’ electability and seized on Mike Bloomberg’s past with women in the workplace in a raucous debate Tuesday night that tested the strength of the two men leading their party’s presidential nomination fight.

Sanders, his status as the Democratic front-runner undeniable, faced the brunt of the attacks for much of the night.

“I am not looking forward to a scenario where it comes down to Donald Trump with his nostalgia for the social order of the 1950s and Bernie Sanders with a nostalgia for the revolutionary politics of the 1960s,” Buttigieg declared.

Sanders lashed back throughout the night, pointing to polls that showed him beating the Republican president and noting all the recent attention he’s gotten: “I’m hearing my name mentioned a little bit tonight. I wonder why?”

The new wave of infighting came as Democrats met for the party’s 10th —and perhaps most consequential— debate of the 2020 primary season. Tuesday’s forum, sponsored by CBS and the Congressional Black Caucus Institute, came just four days before South Carolina’s first-in-the-South primary and one week before more than a dozen states vote on Super Tuesday.

The intensity of Tuesday’s clash, with candidates repeatedly yelling over each other, reflected the reality that the Democrats’ establishment wing is quickly running out of time to stop Sanders’ rise. Even some critics, Bloomberg among them, conceded that the Sanders could build an insurmountable delegate lead as soon as next week. 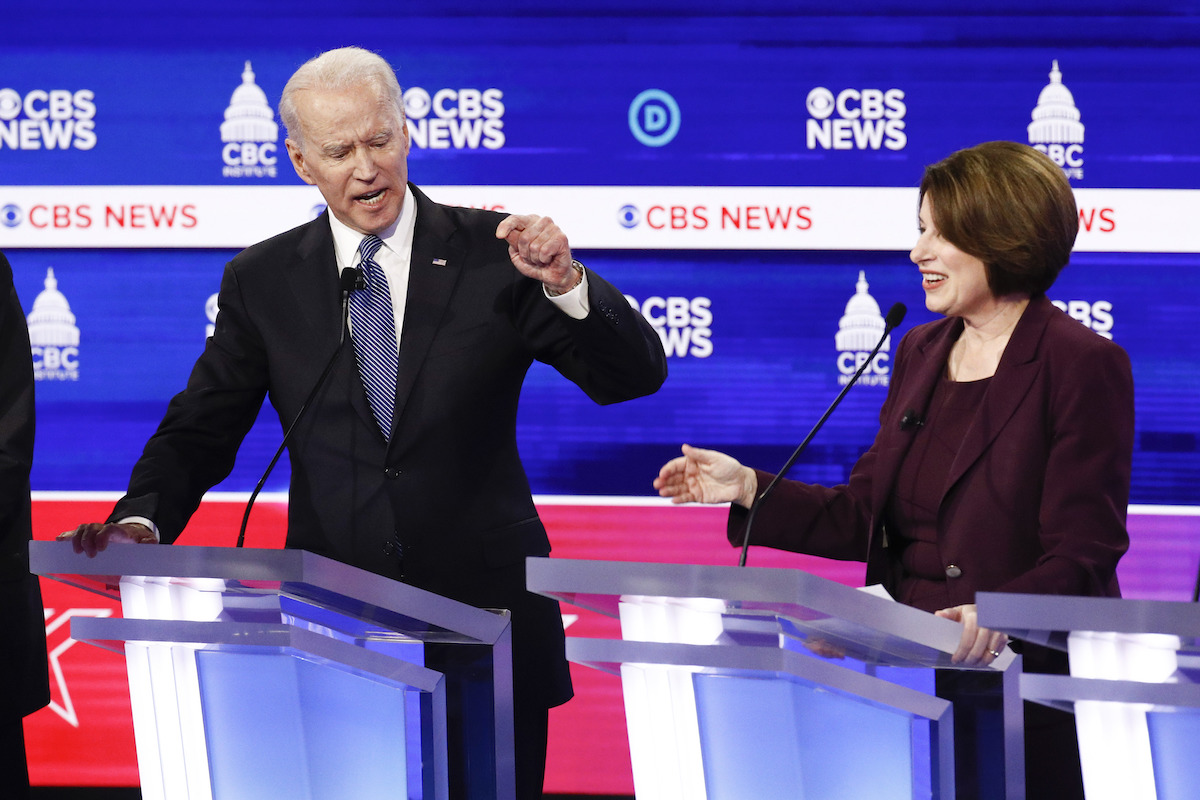 The Democrats’ 2020 class will not stand side-by-side on the debate stage until the middle of next month, making Tuesday’s debate the best, and perhaps last, chance for some candidates to save themselves and alter the trajectory of the high-stakes nomination fight.

After spending nearly three decades as an outside agitator who delighted in tearing into his party’s establishment, that same establishment was suddenly fighting to take him down.

“Bernie and I agree on a lot of things, but I think I would make a better president than Bernie,” Warren said in one of her few swipes at Sanders in recent weeks.

And while the knives were out for Sanders, Bloomberg also faced sustained attacks that gave him an opportunity to redeem himself after a bad debate debut one week earlier.

Warren saved her fiercest attacks for the New York billionaire. 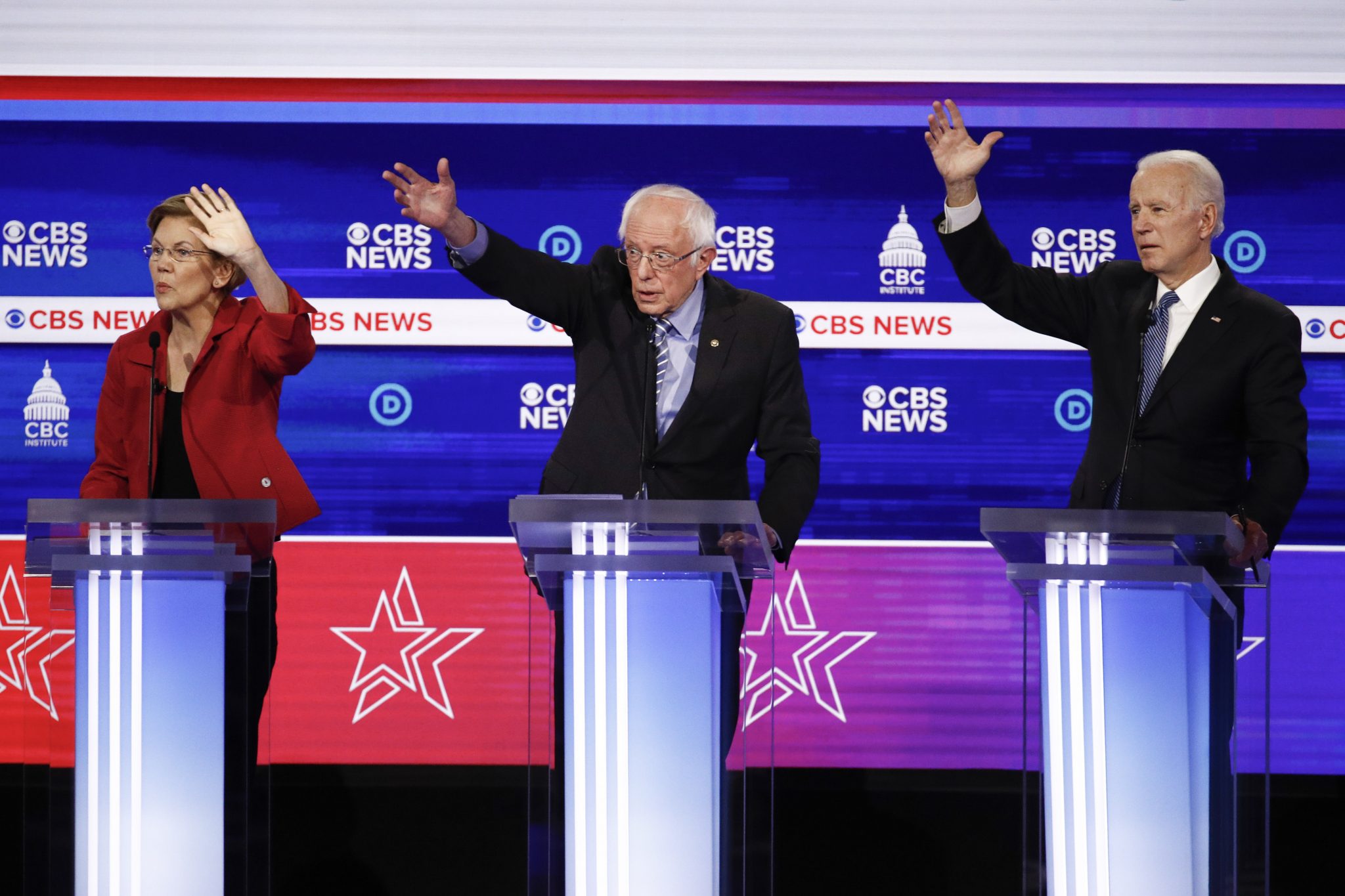 She cut hard at Bloomberg’s record as a businessman, bringing up reports of one particular allegation that he told a pregnant employee “to kill it,” a reference to the woman’s unborn child. Bloomberg fiercely denied the allegation, but acknowledged he sometimes made comments that were inappropriate.

Bloomberg “cannot earn the trust of the core of the Democratic Party,” Warren said. “He is the riskiest candidate standing on this stage.”

Bloomberg was steadier on his feet Tuesday, although it was unclear whether the performance would be enough to revive his stalled presidential campaign.

His fortune ensures he will remain a factor at least through Super Tuesday. Bloomberg has already spent more than $500 million on a nationwide advertising campaign.

Turning toward Sanders, Bloomberg made the case that both Trump and Russian President Vladimir Putin are in lockstep in their belief that Sanders would make the weakest Democratic general election rival for the incumbent Trump. Last week, Sanders acknowledged that he’d be been briefed by intelligence officials who said that Russia is attempting to interfere in the elections to benefit him.

“Vladimir Putin thinks Donald Trump should be president of the United States and that’s why Russia is helping you get elected so you lose to him,” Bloomberg said.

Sanders shot back, “Hey, Mr. Putin, if I’m president of the United States, trust me you’re not going to interfere in any more American elections.'”

Biden was also looking to make a big impression in South Carolina, where he was long viewed as the unquestioned front-runner because of his support from black voters.

Biden has long looked to South Carolina —and black voters in particular— as a source of strength. But heading into Saturday’s primary after three consecutive underwhelming finishes, there were signs that the former vice president’s African American support may be slipping. 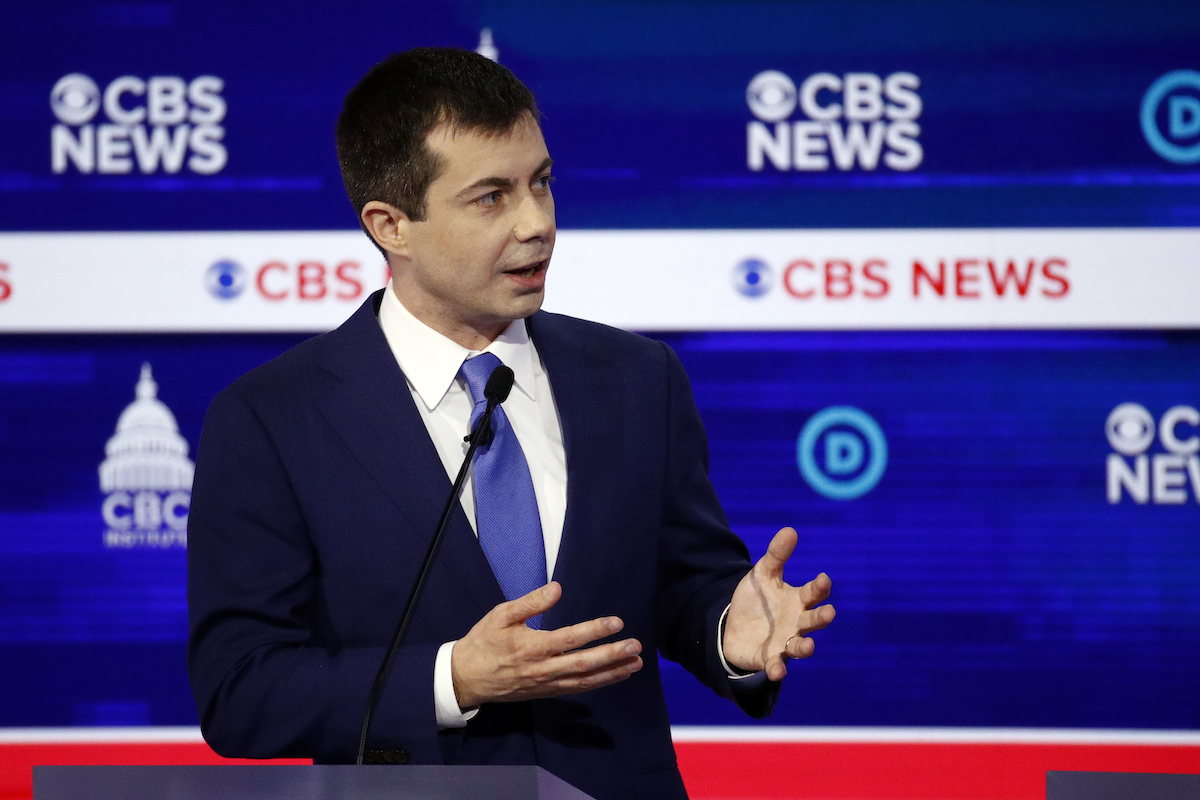 One reason: Tom Steyer. The billionaire activist has been pouring money into African American outreach, which threatens to peel away some of the support Biden badly needs.

Steyer noted Tuesday that he was the only candidate on stage who supported reparations for descendants of slaves.

Bloomberg also weighed in on race: “I know that if I were black my success would have been a lot harder to achieve,” he said. “That’s a fact that we’ve got to do something about.”

Gun control also played prominently at the debate, held close to the church where a gunman killed nine black parishioners in 2015.

Biden slammed Sanders for his record on gun control, seizing on the Vermont senator’s support of the 2005 Protection of Lawful Commerce in Arms Act, legislation that protects gun manufacturers and sellers from laws that attempt to hold them liable for dealing firearms that end up in the hand of criminals.

“My friend to my right, and others, have in fact also given in to gun manufacturers absolute immunity,” said Biden, referring to Sanders backing of the controversial gun legislation. “Imagine if I stood here and said, ‘We give immunity to drug companies. We give immunity to tobacco companies.’ That has caused carnage on our streets. ”