SANTO DOMINGO — February 27 is the day when Dominicans celebrate their independence from Haiti. Yet this year, the sentiment across the country was different. Instead of the tradition carnival celebrations, Dominicans took buses across the country and headed to La Plaza de la Bandera in the country’s capital for a giant demonstration amid suspended municipal elections and growing concerns about lack of transparency in the electoral process. The plaza is located across the street from the Central Electoral Board, where protesters have been gathering to demand answers. Thursday’s protest was the largest yet, with a concert featuring some of the country’s top musicians and speeches from local journalists. 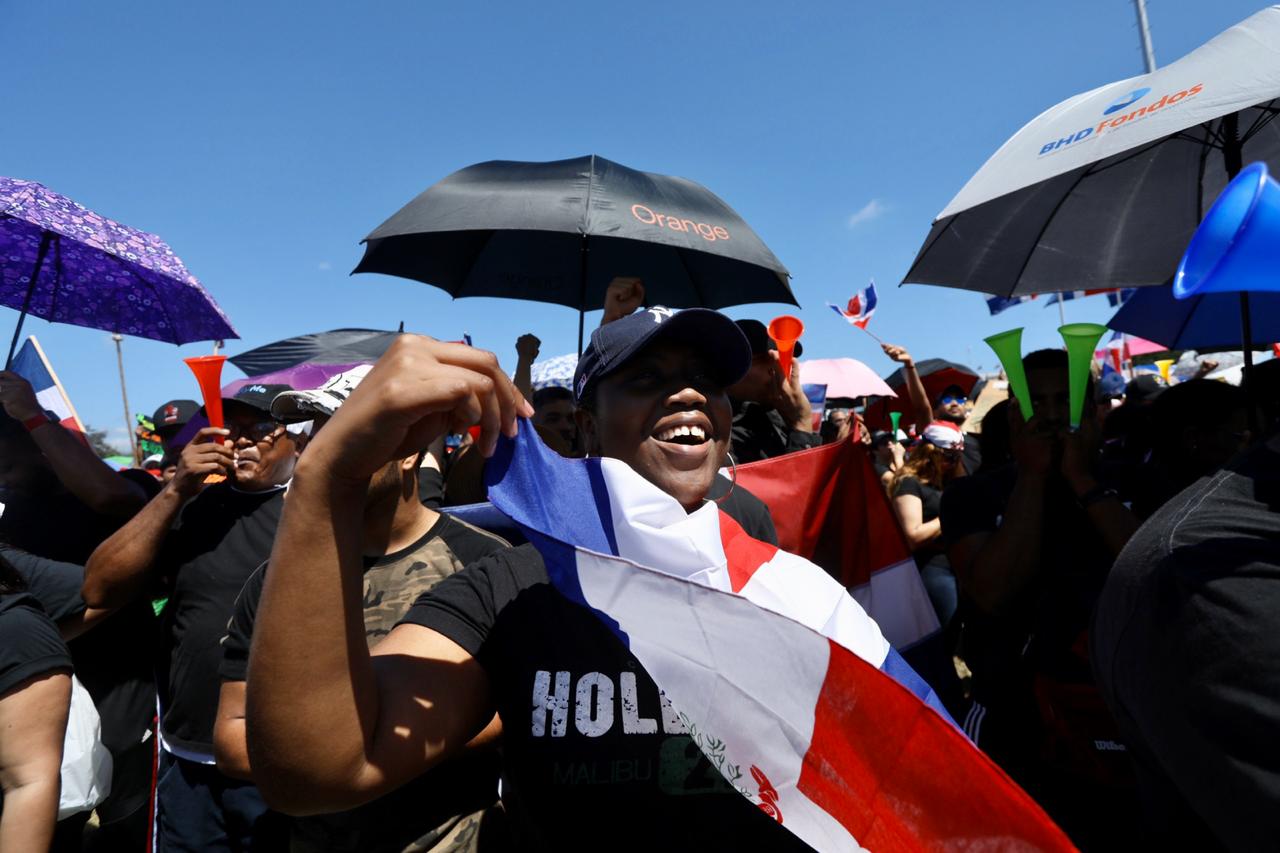 Nathalie Fortunato said it was the first day she attended the protests, since she works until late and lives 40 minutes away. “As a society, we can’t let them take advantage of us anymore,” she told Latino Rebels. 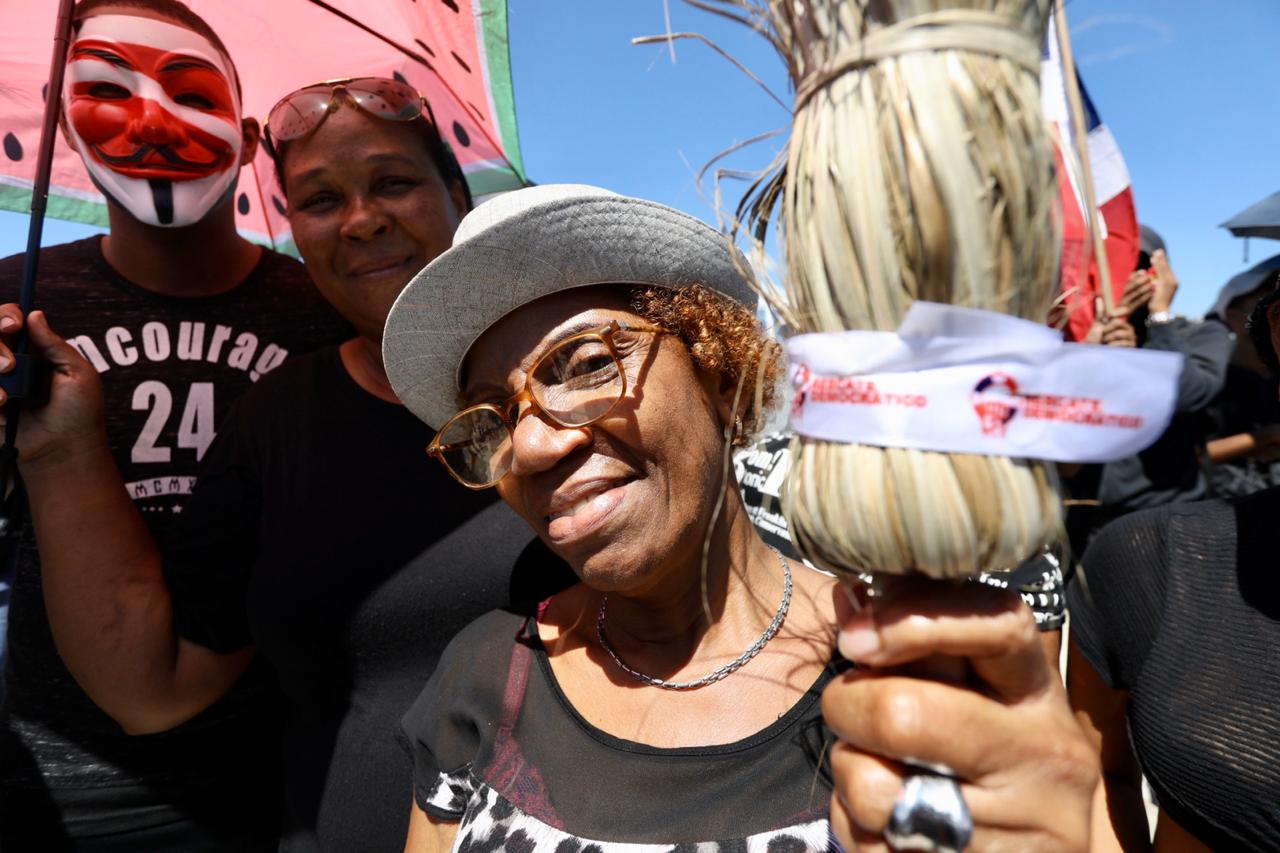 Mariana Pérez got creative, bringing not a sign or a printed message, but a broom.

“I carry a broom because we’re going to sweet those thieves out,” she said. 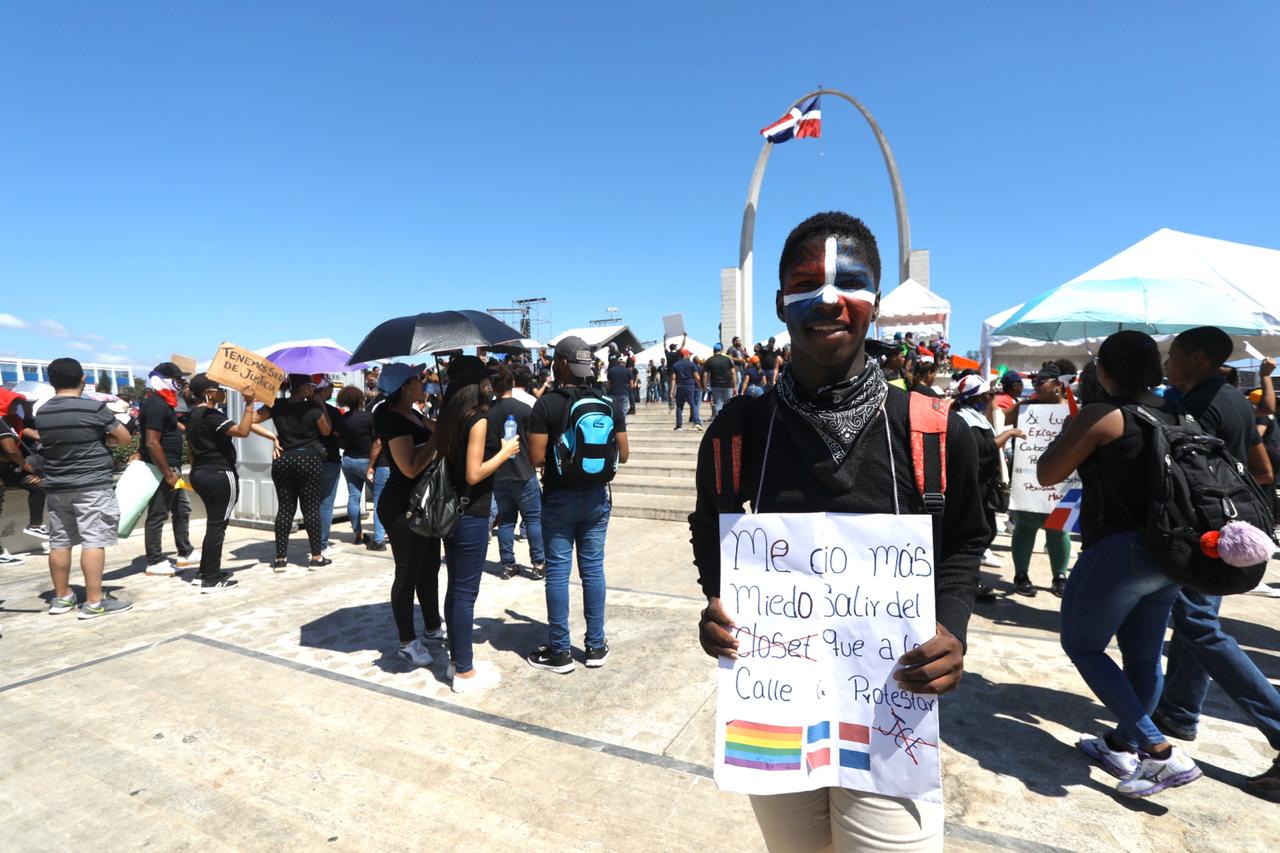 Starlin Suero, an 18-year-old, felt that his rights were denied.

“They took away my right to vote on my first election,” he said. 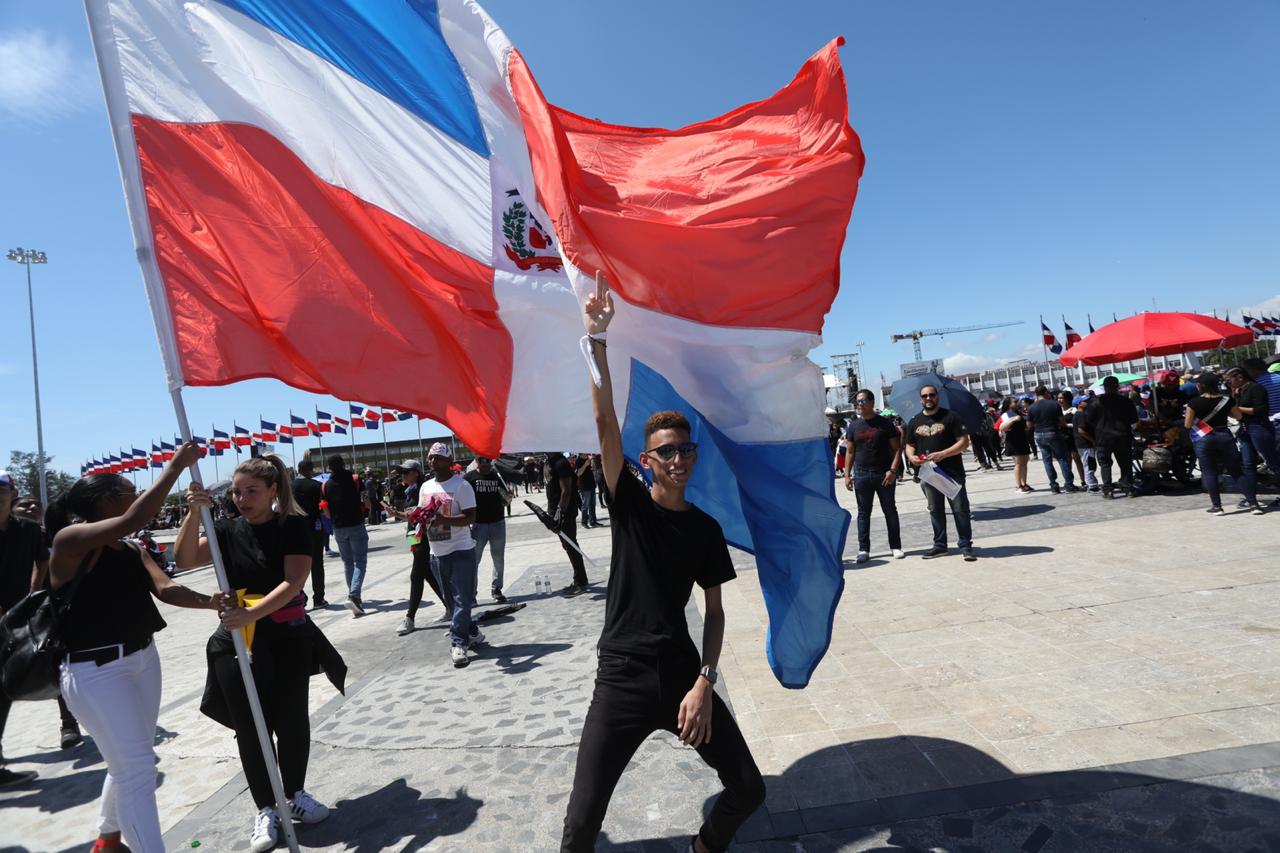 This protest has been marked by the attendance of young people in the country. Gabriel Lara, 18, is one of them.

“I’ve been coming since the first week. I’m a journalism student. In order for me to be able to have this career, I need the country to change,” he said. 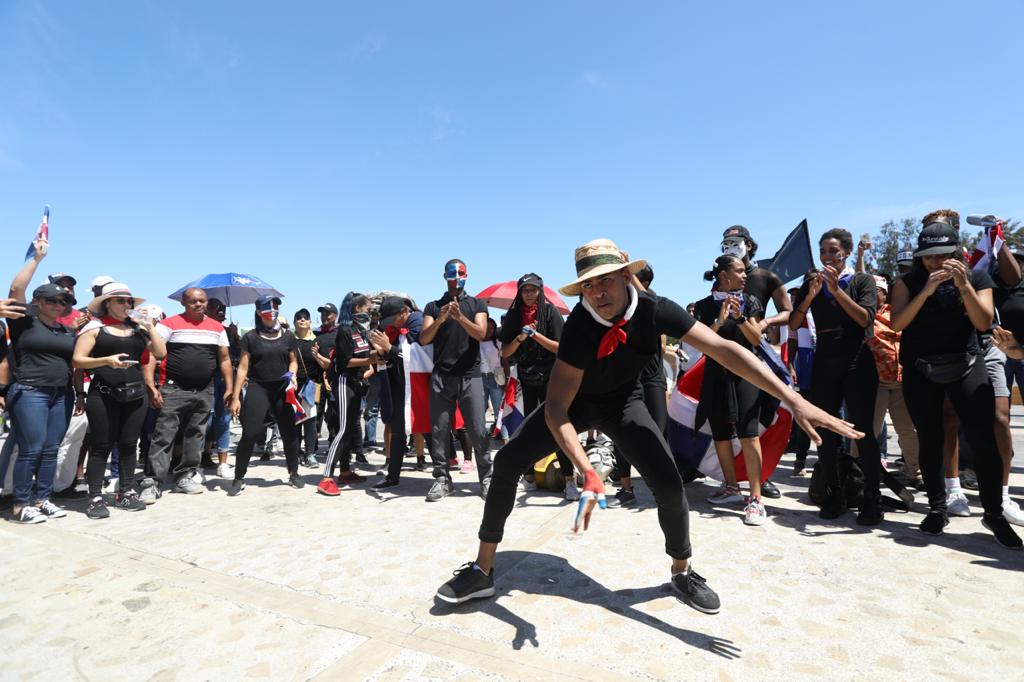 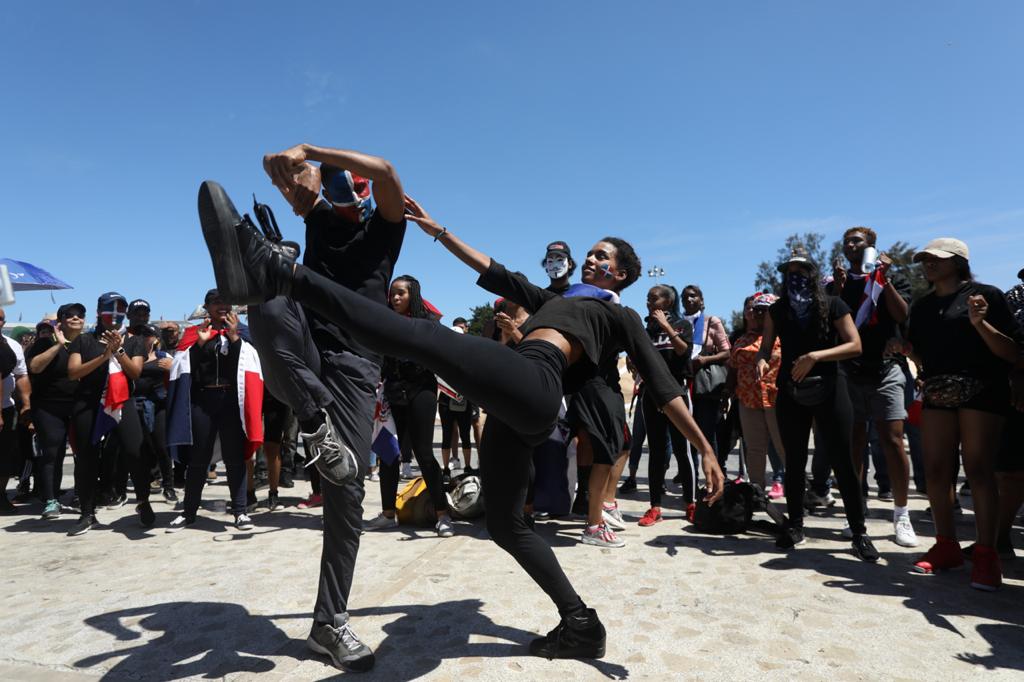 There were some cultural and performance groups present like “Danza por la democracia.”

“Our weapon is our art, our art is our voice,” they told Latino Rebels. 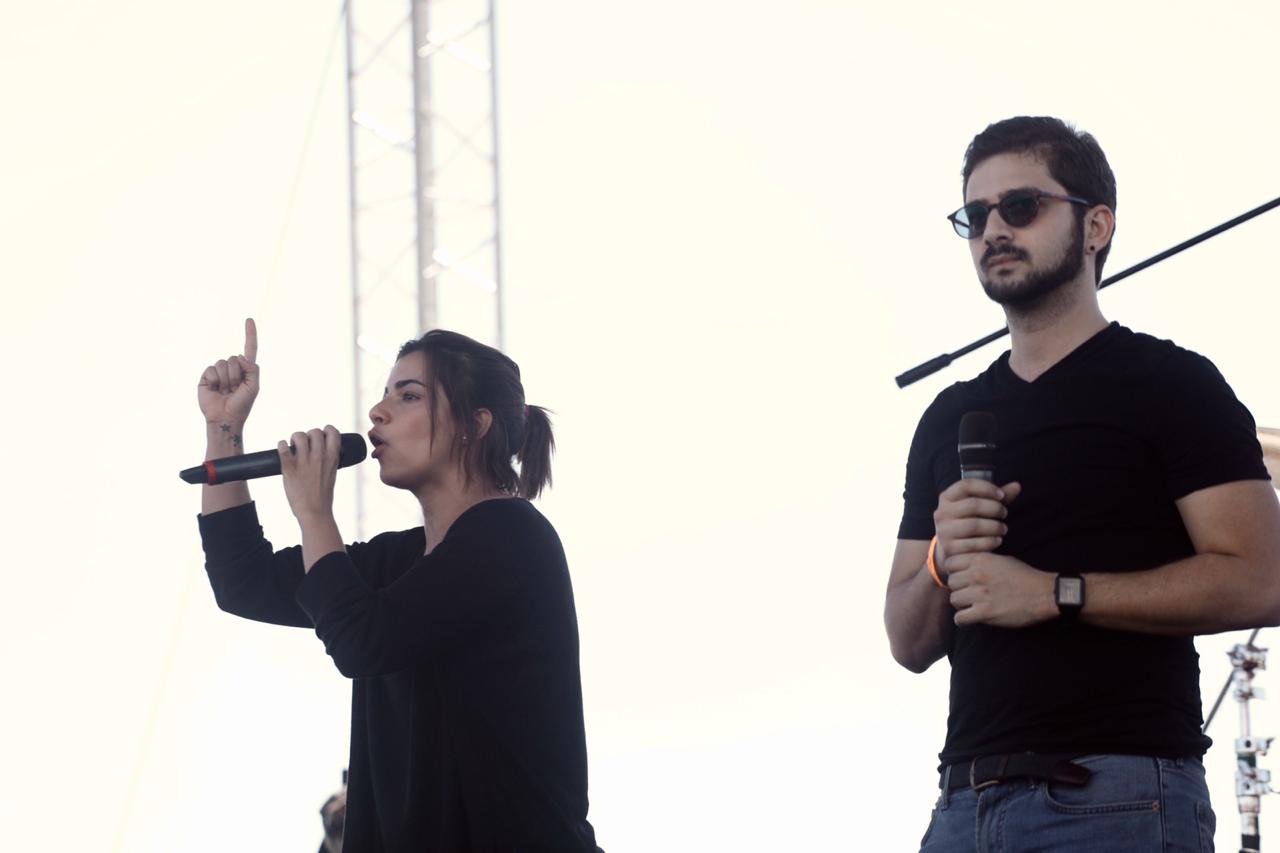 Young journalists, filmmakers, actors and creatives have also taken to the streets, demanding answers and shedding light on the growing movement on their social media pages.

Actress Nashla Bogaert and José María Cabral are two of them, they were the first to take the stage during the demonstrations, welcome the crowd. 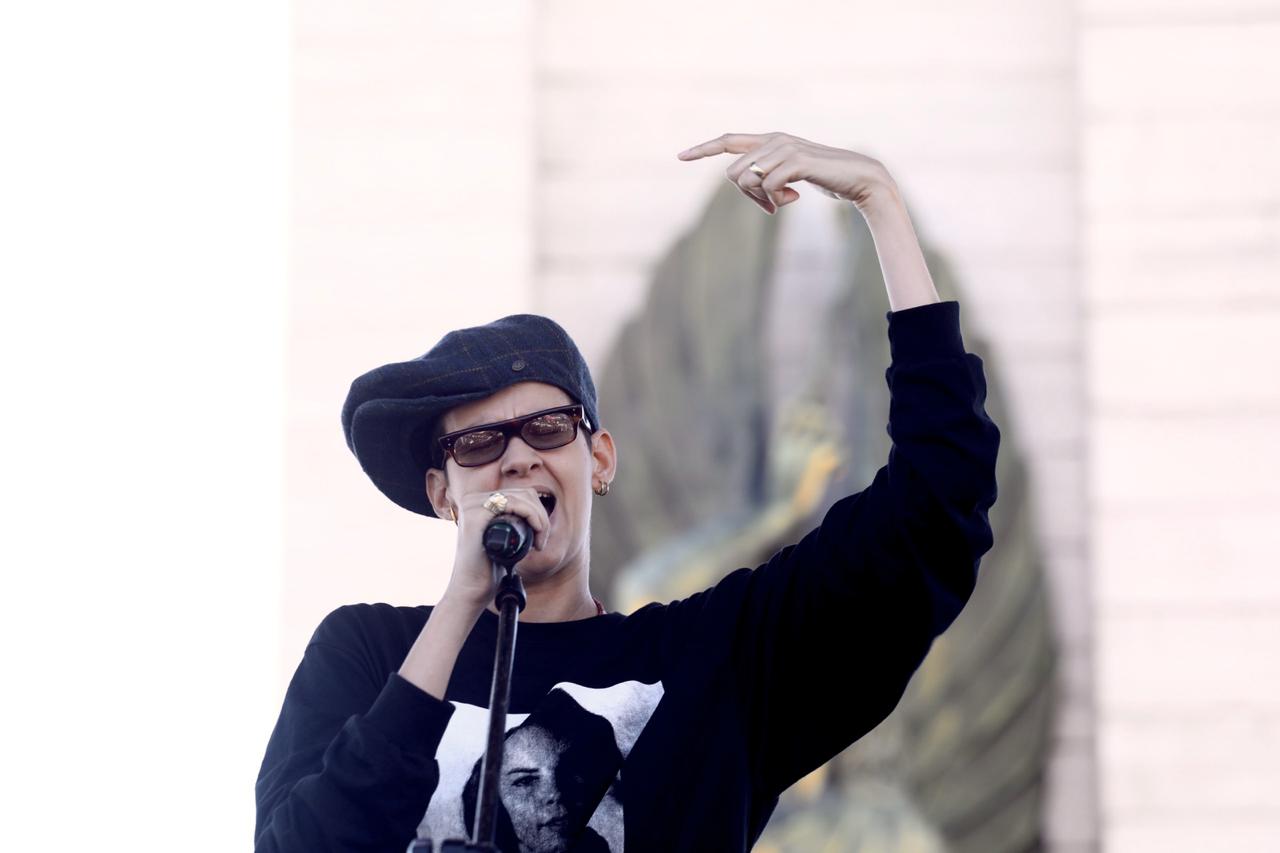 She performed the song, which takes aim at corrupt politicians, during the demonstration. 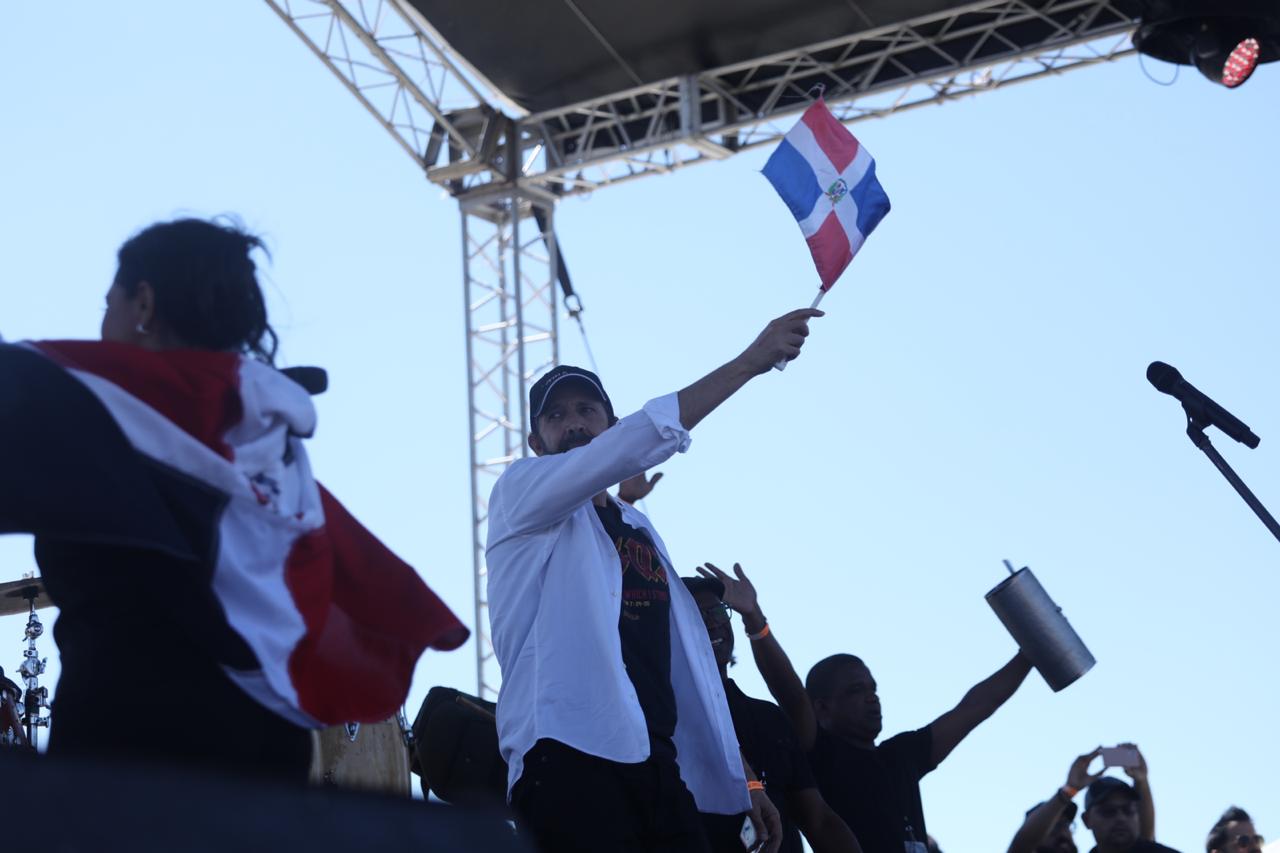 Musician Juan Luis Guerra was also in attendance. He performed his song “Canto a la Patria” and “Ojala que llueva café”—both are politically charged songs, with the latter shedding light on poverty.

Military and authorities were present during the protest. Some were instructed to interact with attendees, handing out flowers, and also saying “Happy Independence Day.” 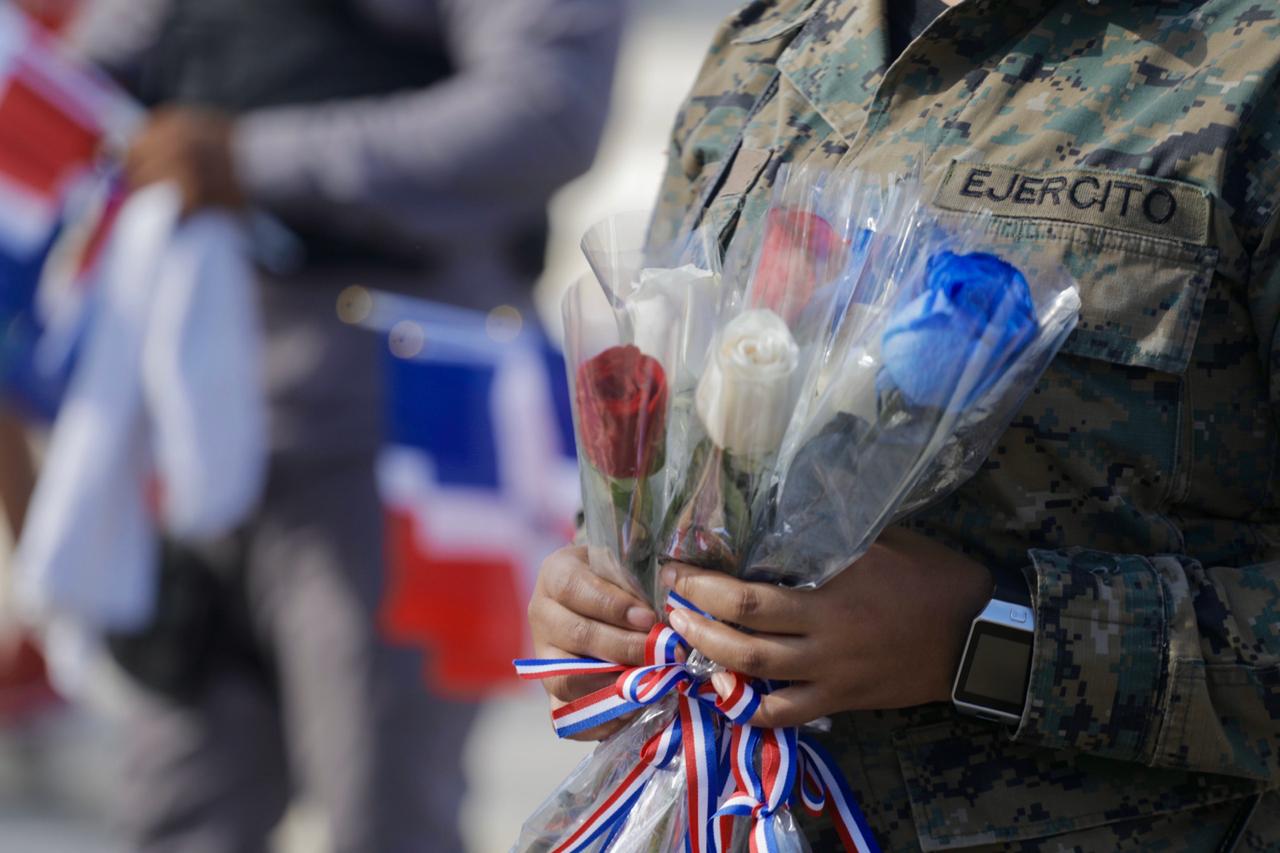 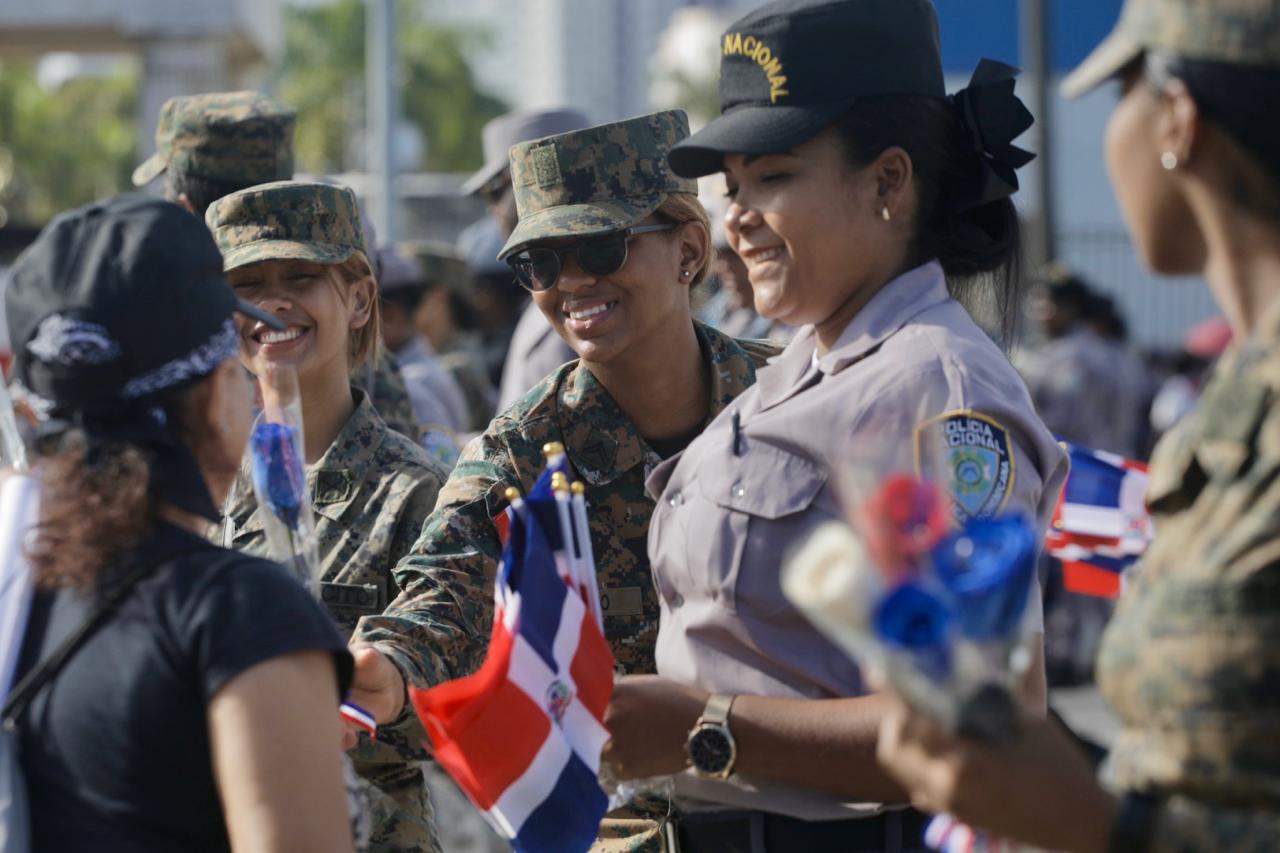 The demonstration, which was dubbed #Trabucazo2020 brought out massive crowds. Here are some of the photos showing the impressive number of people present. 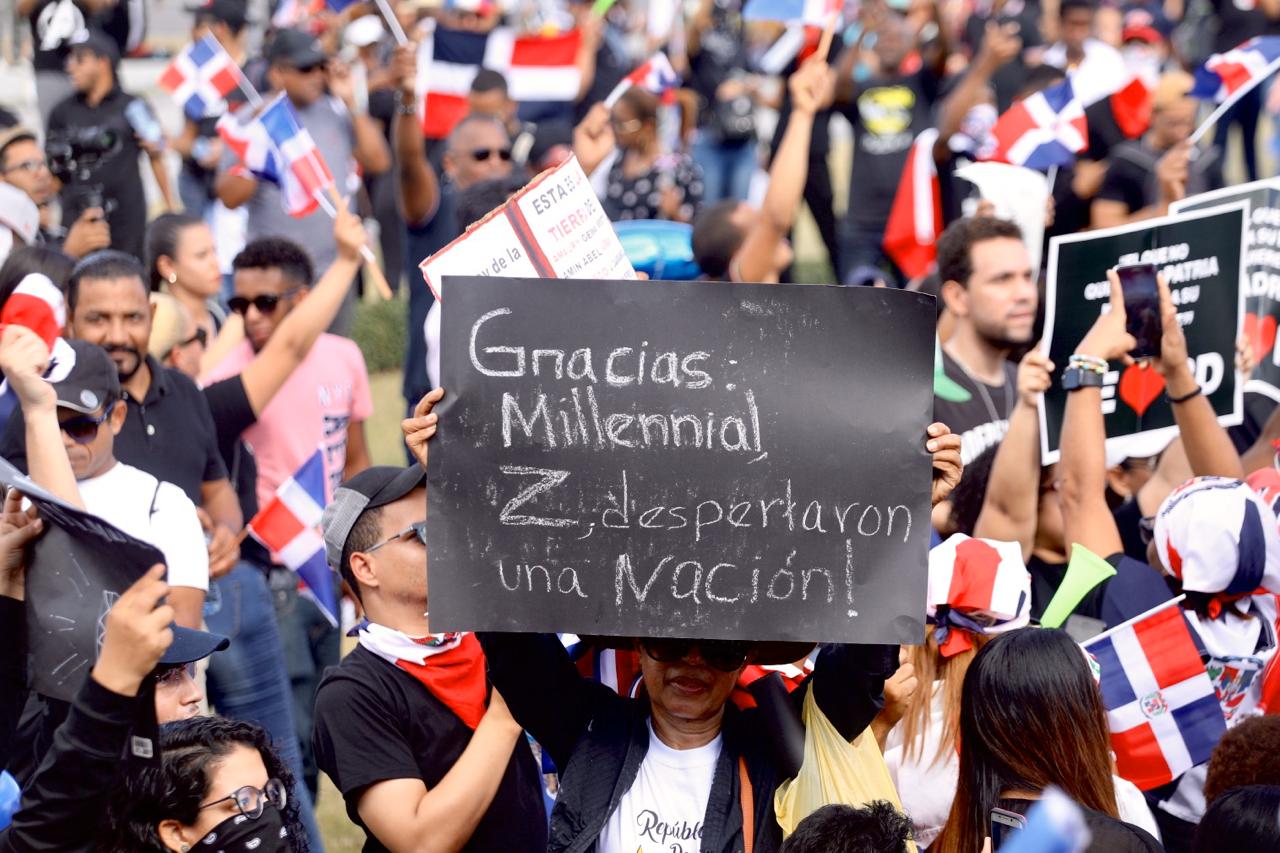 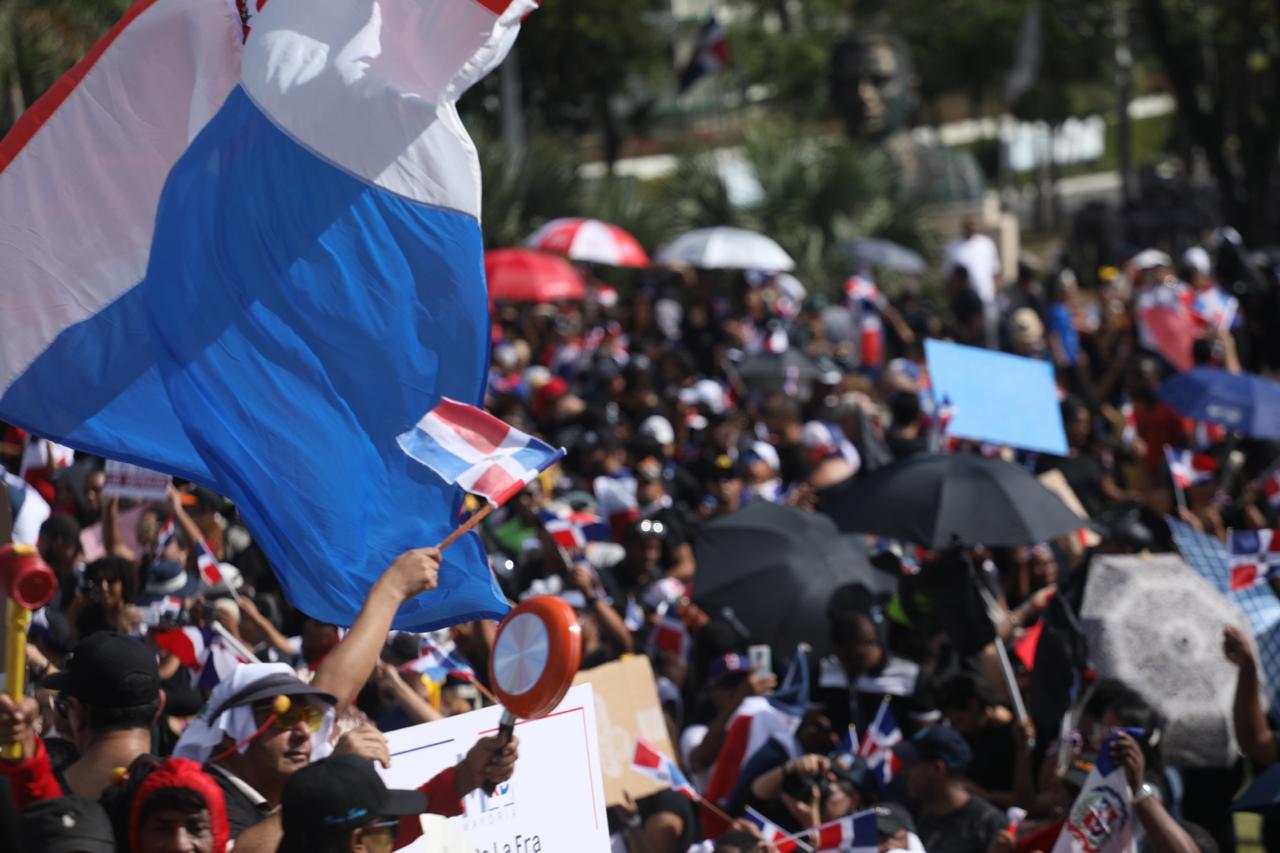 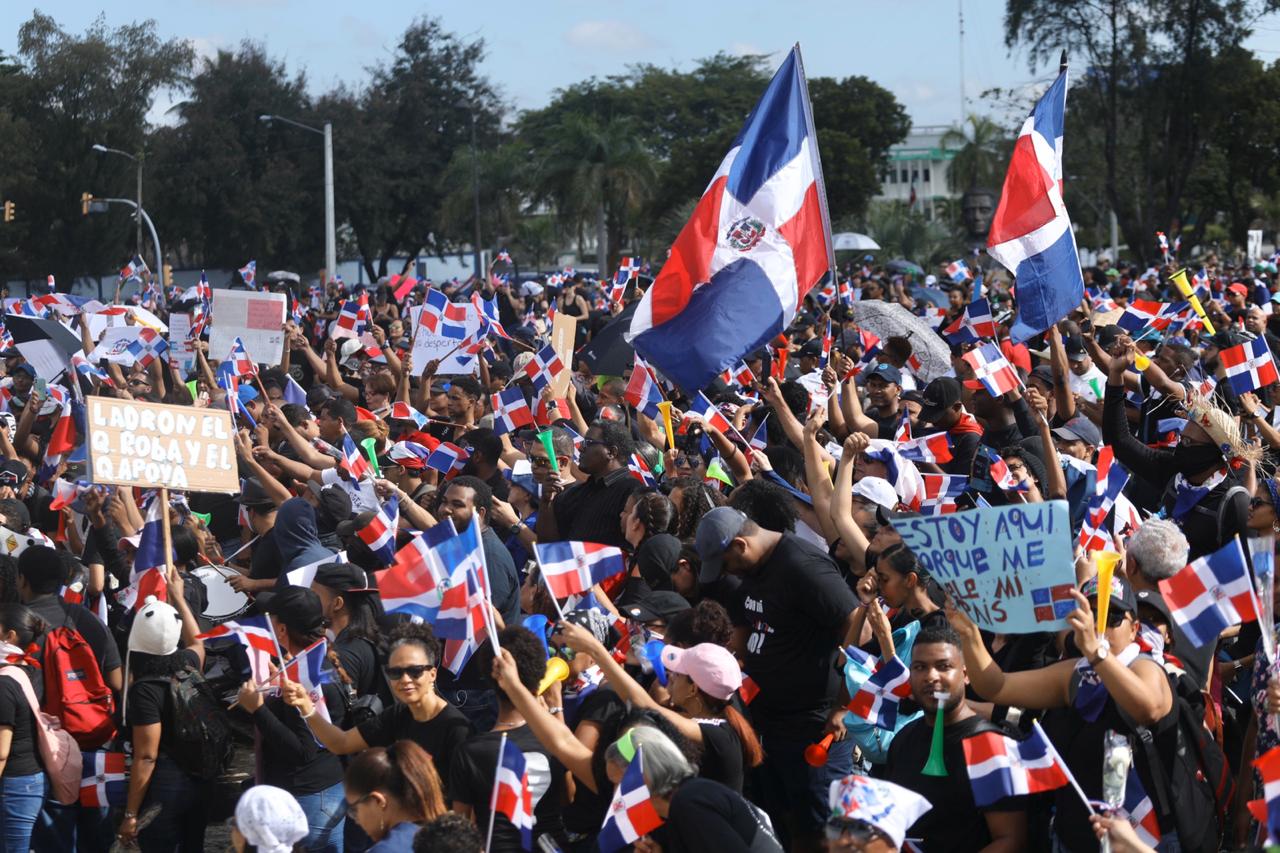 The Instagram page Somos Pueblo provided an aerial view of the demonstration.

Tatiana Fernández Geara is a photojournalist and documentary filmmaker based in the Dominican Republic. You can follow her on Instagram @tatiluka.