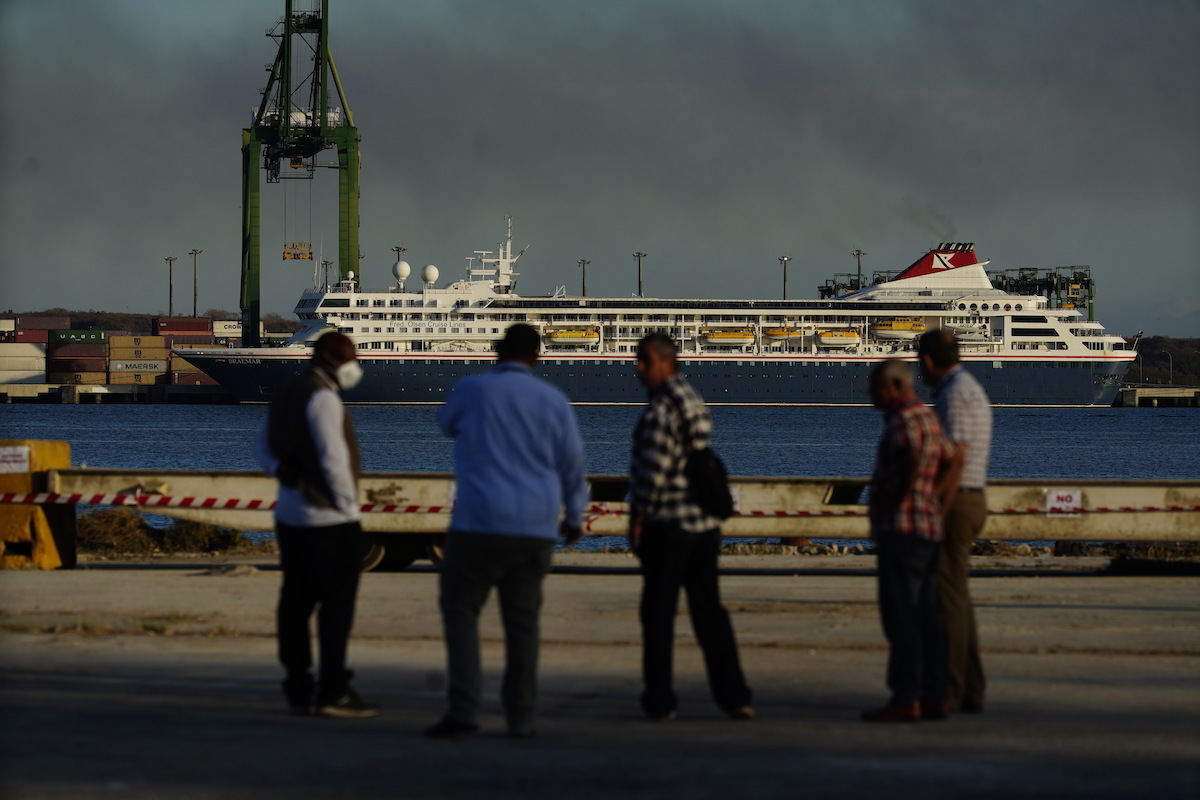 HAVANA (AP) — A British cruise ship rejected by Caribbean port officials for weeks docked in Cuba on Wednesday to unload more than 1,000 people on board, including five with confirmed cases of the novel coronavirus.

The Braemar arrived in the port of Mariel early in the morning. Passengers leaving the ship were being taken by medical workers in protective gear to José Martí International Airport, about 40 miles (65 kilometers) east in the capital, Havana.

Most of the 682 passengers were expected to arrive in London Thursday morning on planes chartered by Fred. Olsen Cruise Lines. Passengers with the coronavirus or flu-like symptoms were being flown to a British military base on a separate plane.

Meanwhile, Cuba announced its first death from the coronavirus, a 61-year-old Italian tourist who was one of 10 confirmed cases on the island.

The Braemar has been sailing the Caribbean since late February and was turned away by the Dominican Republic, Barbados and the Bahamas. Cuba said it is allowing the passengers to transit as an act of humanitarian solidarity.

“Our country has the resources and means necessary to carry out a successful operation,” Health Ministry spokesman José Raúl de Armas told reporters on Wednesday.