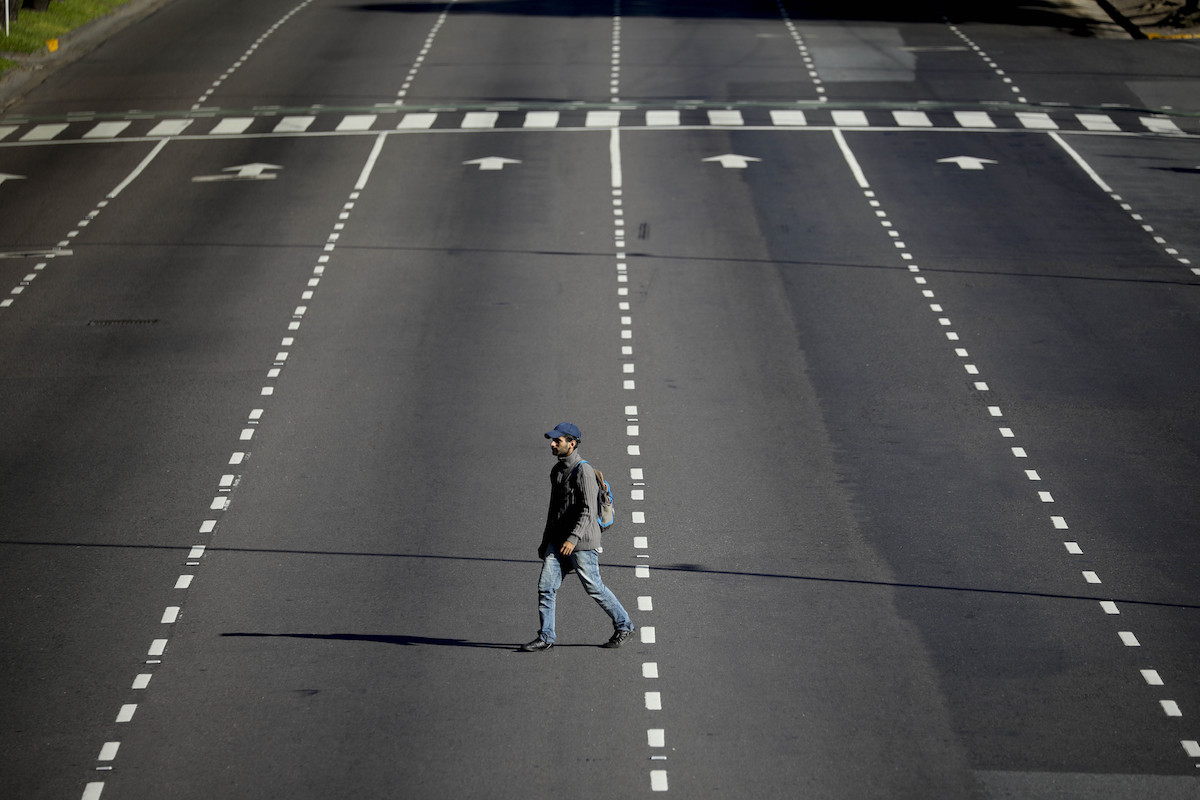 A man crosses an empty street in Buenos Aires, Argentina, Monday, March 23, 2020. The government has ordered a lock down until the end of the month to help contain the spread of the new coronavirus. (AP Photo/Natacha Pisarenko)

The head of the World Health Organization says the coronavirus outbreak is accelerating but insists “we can change the trajectory of this pandemic.” More than 1.5 billion people —one-fifth of the world’s population— were urged or ordered to stay home Monday to try to blunt the spread of coronavirus. The death toll from the pandemic has surpassed 16,000 people worldwide, and the virus has sickened more than 370,000.

Partisan divisions stalled efforts to pass a colossal aid package in Congress, and stocks fell again on Wall Street even after the Federal Reserve said it will lend to small and large businesses and local governments to help them through the crisis. The Dow Jones Industrial Average lost more than 580 points, or 3%.

In Italy, both new cases and deaths declined for a second consecutive day, providing a faint glimmer of hope, though it is too soon to say whether the crisis is leveling off.

A surge in infections has caused a critical shortage of medical supplies in many places. The hunt for ventilators and other critical items is consuming Europe and the U.S.

Here are some of AP’s top stories Monday on the world’s coronavirus pandemic. Follow APNews.com/VirusOutbreak for updates through the day.

$300 BILLION: In a series of sweeping steps, the Fed will lend to small and large businesses and local governments as well as extend its bond-buying programs. It’s all part of the Fed’s ongoing efforts to support the flow of credit through an economy ravaged by the viral outbreak.

AP’S MARCH MADNESS: The virus may have canceled March Madness, but the AP is counting down the top 10 men’s basketball games in the history of the NCAA Tournament. We’re counting them down through April 5, along with a host of memorable moments through the eyes of players who were there.