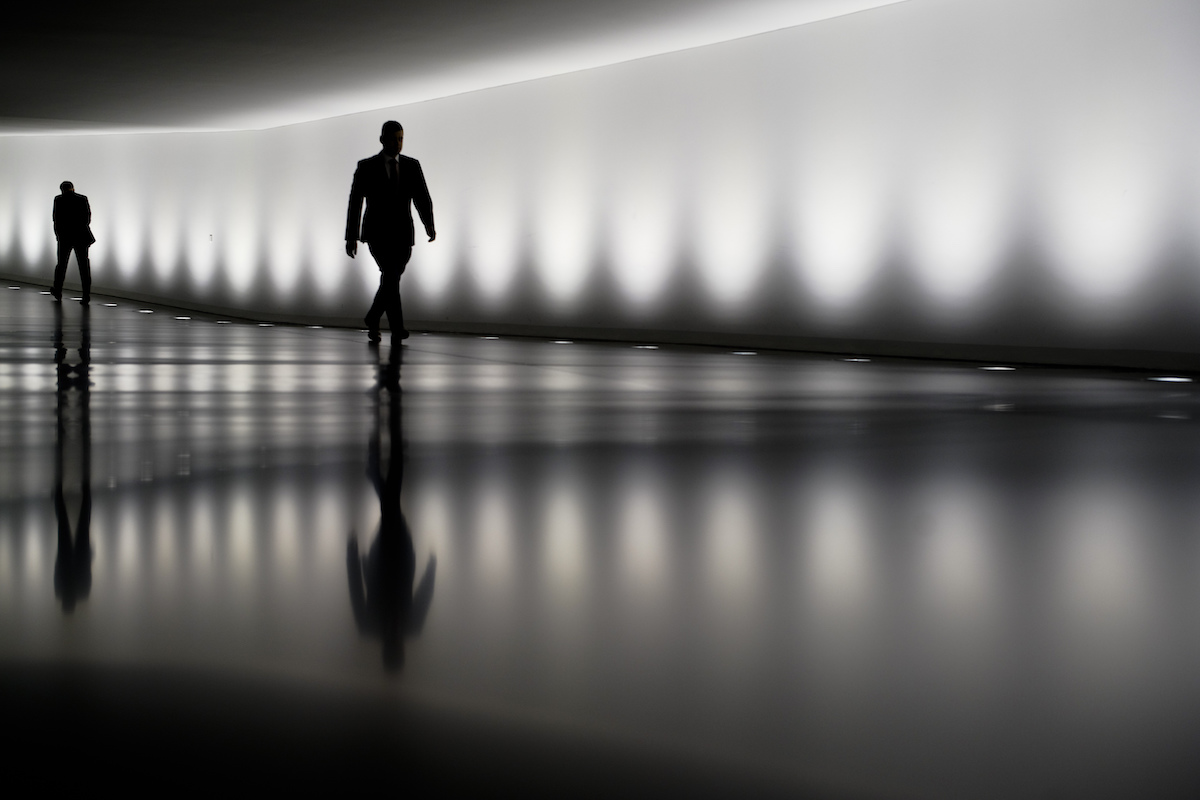 Two persons walk through a tunnel between the plenary hall and an office building of the German parliament Bundestag in Berlin, Germany, Wednesday, March 25, 2020. (AP Photo/Markus Schreiber)

Senate leaders were rushing to unravel last-minute snags and win passage of unprecedented emergency legislation to rush sweeping aid totaling some $2 trillion to businesses, workers and a health care system slammed by the coronavirus pandemic.

New York authorities mobilized to head off a potential public health disaster, which has emerged as a kind of a warning flare for the crisis in America as the overall U.S. death toll has passed 900. India’s 1.3 billion people joined the global lockdown, and Prince Charles has tested positive for the new coronavirus.

$300,000: The money donated by the Michael Jackson estate to help people in the entertainment industry hurt by the coronavirus pandemic. The donations will focus on Broadway workers, as well as workers in Las Vegas and in the music industry. Jackson’s estate announced Wednesday that it will give $100,000 apiece to Broadway Cares, Three Square food bank in Nevada and the Recording Academy’s MusiCares. The estate’s co-executor John Branca tells The Associated Press the gifts are personal for the keepers of Jackson’s affairs and legacy and are in line with the singer’s charitable endeavors during his lifetime.

PLAYING THROUGH: Many golf courses around the country have remained open during the coronavirus pandemic. The hope is that golf can provide an outlet for the stir crazy and a dose of normalcy. The question is whether recreational golf is safe enough under the circumstances. Courses have barred touching the flagsticks and turned the hole cups upside down so golfers don’t need reach in to retrieve the ball.

AP PHOTOS: A look at how the epidemic is accentuating the pandemic in Madrid and Barcelona, where a growing number of people are living on the street. Spain, which ranks fourth worldwide among the countries with the most virus cases, is under a government-imposed lockdown that has closed stores, emptied office buildings and left cities largely deserted, day and night. With many day centers and soup kitchens either closed or with reduced hours, the homeless have nowhere to go.