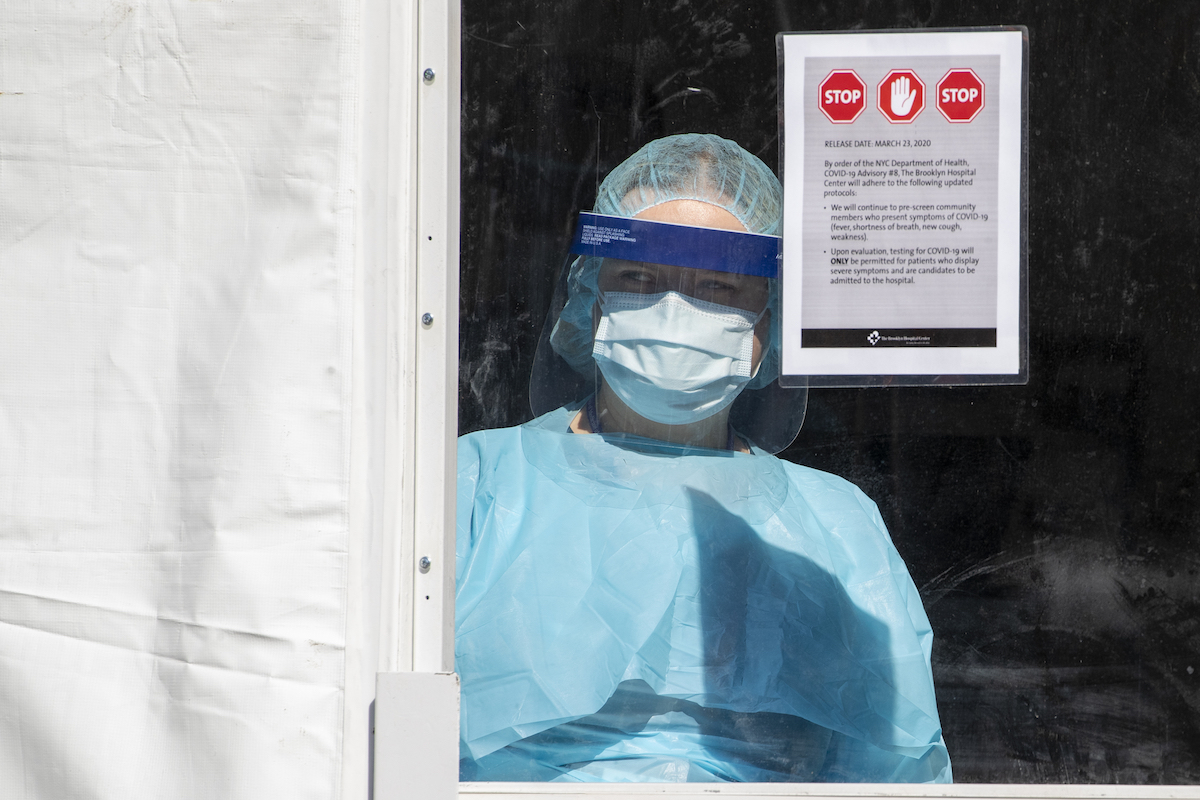 A member of the Brooklyn Hospital Center COVID-19 testing team looks out of the tent, Thursday, March 26, 2020, in the Brooklyn borough of New York. (AP Photo/Mary Altaffer)

The number of people around the world who have contracted coronavirus has surged past 500,000, and the United States tops the list, according to a Johns Hopkins University tally.

That comes as U.S. deaths from the pandemic have now topped 1,100, in another grim milestone for a global outbreak that is taking lives and wreaked havoc on economies and established routines of life. Worldwide, the death toll climbed past 23,000, according to Johns Hopkins’ running count.

Nearly 3.3 million Americans applied for unemployment benefits last week —almost five times the previous record set in 1982— amid a widespread shutdown caused by the virus. The surge in weekly applications is a stunning reflection of the damage the viral outbreak is inflicting on the economy. Layoffs are sure to accelerate as the U.S. economy sinks into a recession with revenue collapsing at restaurants, hotels, movie theaters, gyms and airlines.

U.N. Secretary-General Antonio Guterres told leaders of the world’s 20 major industrialized nations during an emergency virtual summit that “we are at war with a virus—and not winning it” despite countries’ dramatic measures to seal their borders, shutter businesses and enforce home isolation for well over a quarter of the world’s population.

$2.7 billion: Estimated cost of postponing the Tokyo Olympics, according to the Japanese financial newspaper Nikkei. The Tokyo Olympics need new dates for the opening and closing ceremonies in 2021. Nothing much can get done until those dates are determined by the International Olympic Committee, the Japanese government and Tokyo organizers.