3rd Guatemalan Tests Positive for Virus After US Deportation 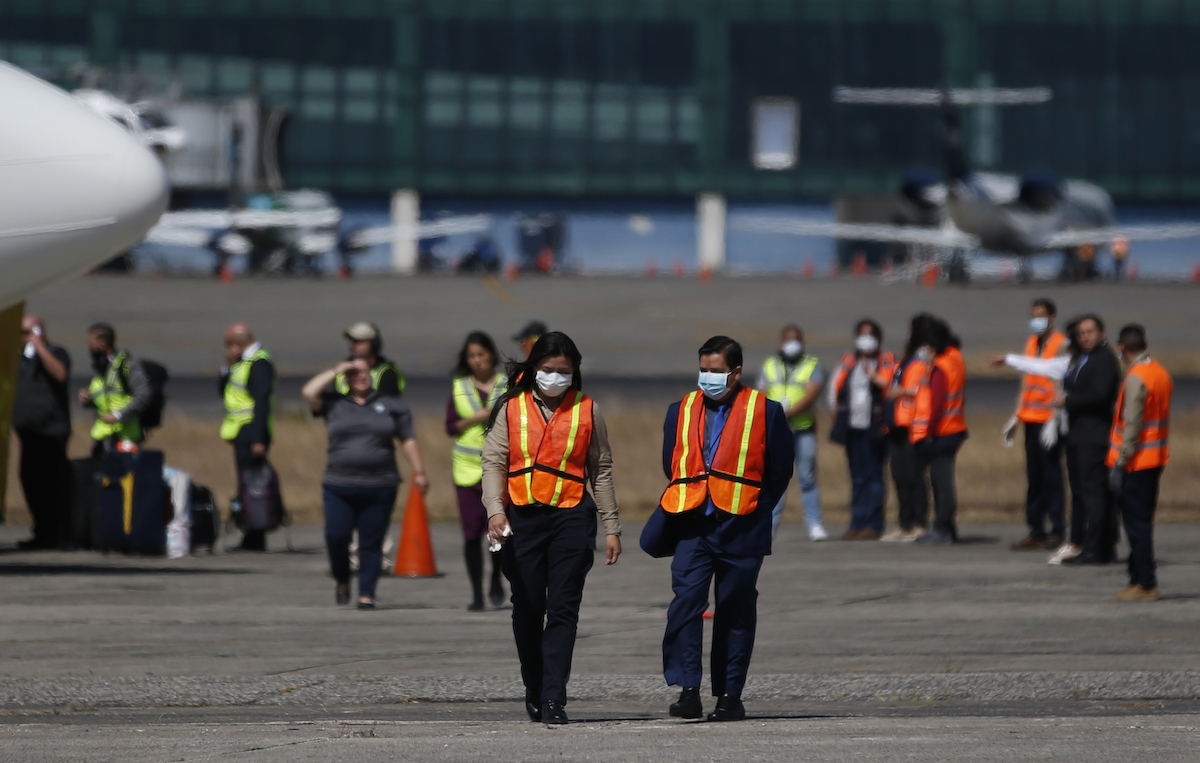 Immigration workers, wearing masks as a precaution against the spread of the new coronavirus, receive Guatemalans who were deported from the United States at La Aurora International airport in Guatemala City, Thursday, March 12, 2020. (AP Photo/Moisés Castillo)

GUATEMALA CITY (AP) — Guatemala announced Tuesday that a third deportee has tested positive for COVID-19 after being flown home by the United States.

It came a day after authorities announced they would suspend deportation flights from the U.S. over concerns about spreading the coronavirus.

The Health Ministry said that its latest positive case was a 37-year-old man who was deported March 26 from Mesa, Arizona. and who had been in quarantine since his return.

Two other deportees, ages 29 and 31, from the same flight had already tested positive. The plane had carried 41 Guatemalans, including 10 children.

Upon arrival the migrants were isolated for a day in an Air Force installation. One person who arrived sick and tested positive for COVID-19 was quarantined, but the rest had been released and asked to quarantine in their homes without supervision.

The Foreign Affairs Ministry on Monday had announced the suspension of deportation flights from the U.S. during Holy Week. It said Guatemala also asked the U.S. government that when the flights resume, each plane only carry 25 passengers, not the usual 100, and that they it be certified that they show no coronavirus symptoms.

On at least two earlier flights, six deportees had arrived with severe coughs and high fevers raising concerns, authorities said. Those case were isolated, as were government personnel who had contact with them.

As part of measures to slow the virus’ spread in Guatemala, authorities have prohibited travel between the country’s departments, or states. So they also asked the U.S. government to only deport those from the department that includes the capital.