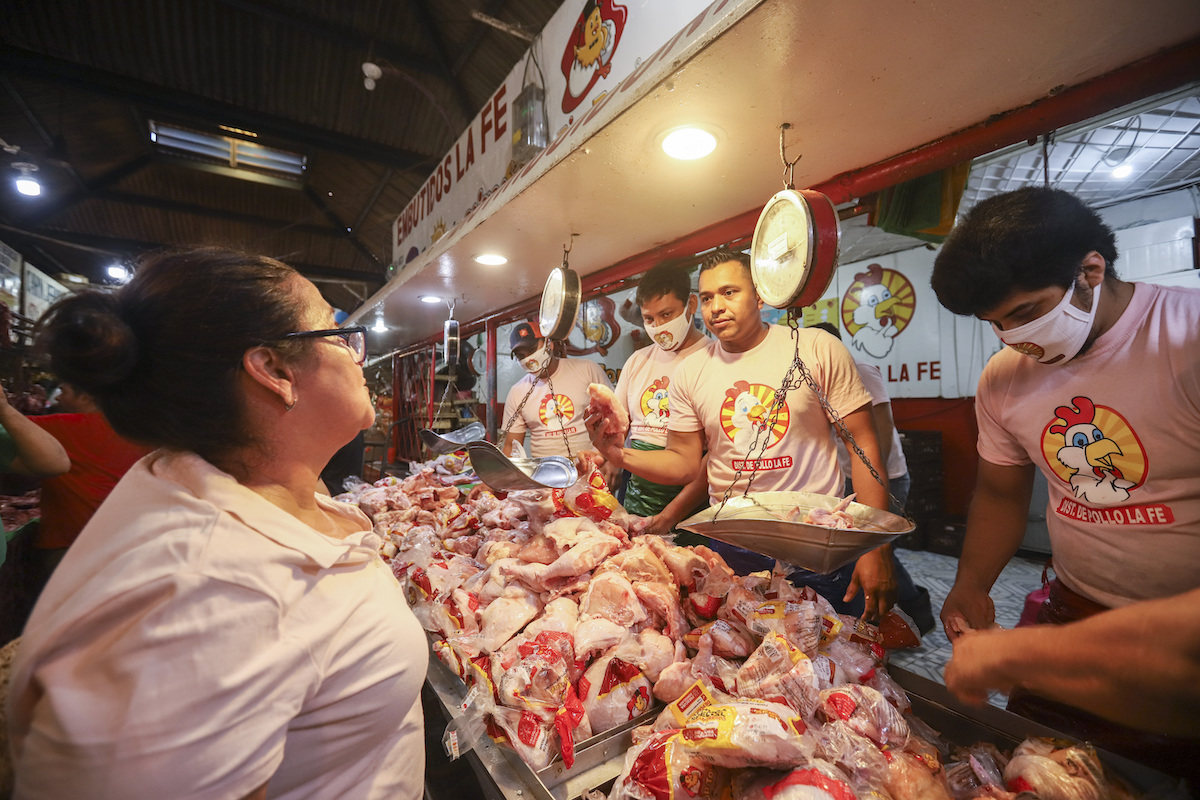 Employees wait on customers at a popular market in Managua, Nicaragua, Tuesday, April 7, 2020. Restaurants are empty, there’s little traffic in the streets and beach tourists are sparse headed into Holy Week despite the government’s encouragement for Nicaraguans to go about their normal lives. (AP Photo/Alfredo Zuniga)

MANAGUA, Nicaragua (AP) — International health officials are warning that the Nicaraguan government’s perplexing weekslong refusal to take measures to control the spread of the new coronavirus is heightening the risk of an epidemic in Central America even as neighboring countries take tough action.

President Daniel Ortega’s government urged Nicaraguans to party during Carnival celebrations, and it has said they should keep attending sports events and cultural festivals, and pack the country’s beaches during Holy Week vacations this week.

Doctors have been told not to alarm patients by wearing masks or using sanitizing gel. Before schools closed for an extended vacation Friday, principals had threatened to expel students who missed class, and last month a third baseman was banned from professional baseball for three years after he asked to stop playing over virus fears.

Ortega’s administration has offered no detailed explanation for its refusal to take widely accepted measures. But the health minister has spoken of the need to support the economy, badly damaged by two years of anti-government protests and harsh crackdowns on dissent. Some analysts say Ortega and his circle may fear that anti-virus measures would weaken their hold on power.

In the meantime, Nicaraguans are doing what they can to voluntarily stay away from one another. But the Pan American Health Organization’s director, Dr. Carissa Etienne, warns that Nicaragua’s lack of official measures is increasing the risk of an epidemic. 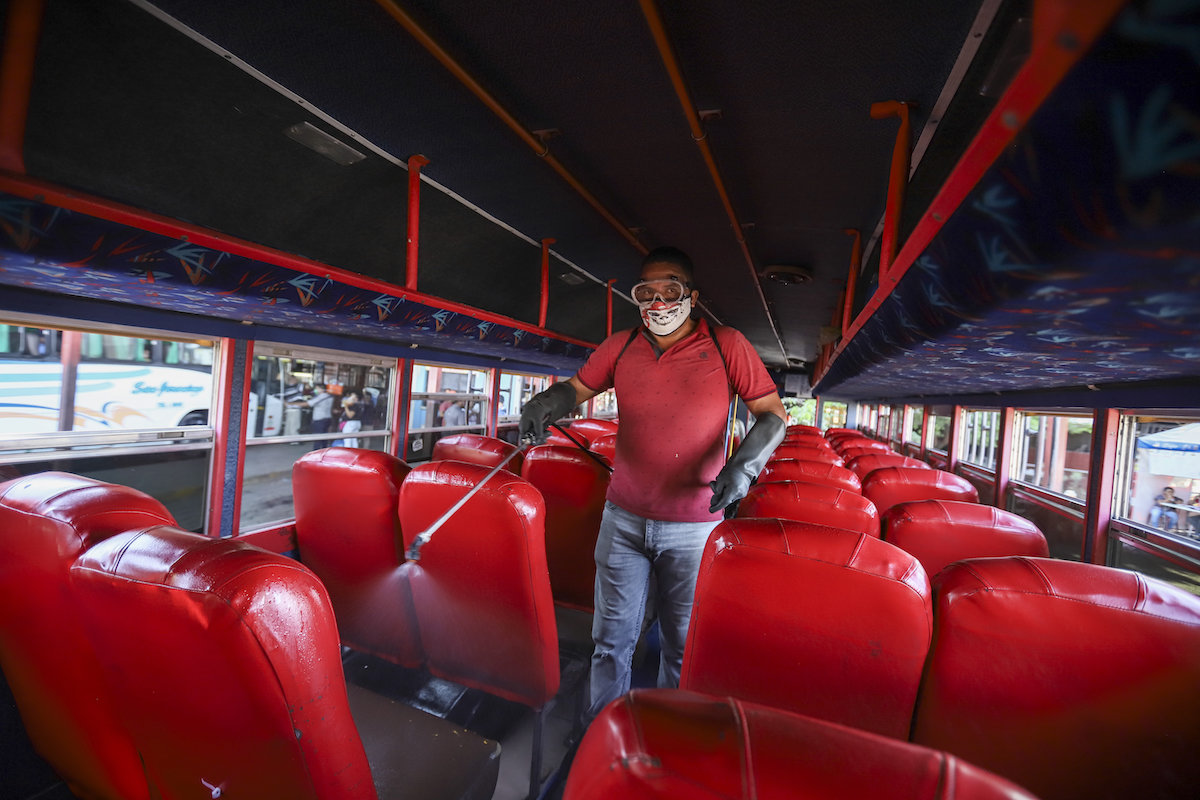 A man disinfects a bus to prevent the spread of the new coronavirus, at the Mayoreo market in Managua, Nicaragua, Tuesday, April 7, 2020. (AP Photo/Alfredo Zuniga)

The president of neighboring Costa Rica, Carlos Alvarado, has warned that an out-of-control epidemic in Nicaragua would have consequences for all of Central America. In mid-March, Costa Rica, El Salvador and Honduras closed their borders to foreigners and instituted social distancing measures.

There are also concerns about Ortega’s own health. The 74-year-old has not appeared in public for three weeks. Although he has been absent for long periods in the past only to reappear, his disappearance during a global pandemic is fueling rumors he may be ill, or personally terrified of the coronavirus.

“The broader problem in Nicaragua is that you have a dictatorship that is unable to take the pandemic seriously. It’s unable because they’re distracted by the health itself of its president,” said Manuel Orozco, a Nicaragua expert at the Inter-American Dialogue in Washington.

The country’s economic crisis —and resulting lack of revenue— also means the state’s ability to act is very limited, he said.

As a guerrilla commander, Ortega helped overthrow dictator Anastasio Somoza in 1979 and was part of the Sandinista junta that took power and began to take Nicaragua down a path toward communism. He was first elected president in 1984, then lost re-election in 1990, but he has held the presidency since 2006 and implemented increasingly autocratic rule. His wife, Rosario Murillo, has served as the government’s principal spokeswoman and, since 2016, as Nicaragua’s vice president.

Ortega’s violent crackdown on protests, which began in 2018, caused more than 328 deaths, according to the Inter-American Commission on Human Rights. The political tension has had devastating effects on the country’s economy, especially in what had been a burgeoning tourism sector.

The government insists the country has only three confirmed cases of the virus, all imported, even as its borders remain open and infections steadily increase in neighboring countries. Costa Rica has more than 400 confirmed infections, Honduras has over 300 and El Salvador reports around 100. Cuba’s Health Ministry has said two people arrived sick from Nicaragua and a third person tested positive this week after returning from Nicaragua.

“Nothing indicates that the problem that Spain, Italy and the United States have won’t repeat itself in Nicaragua, too,” said an epidemiologist, Dr. Leonel Argüello. 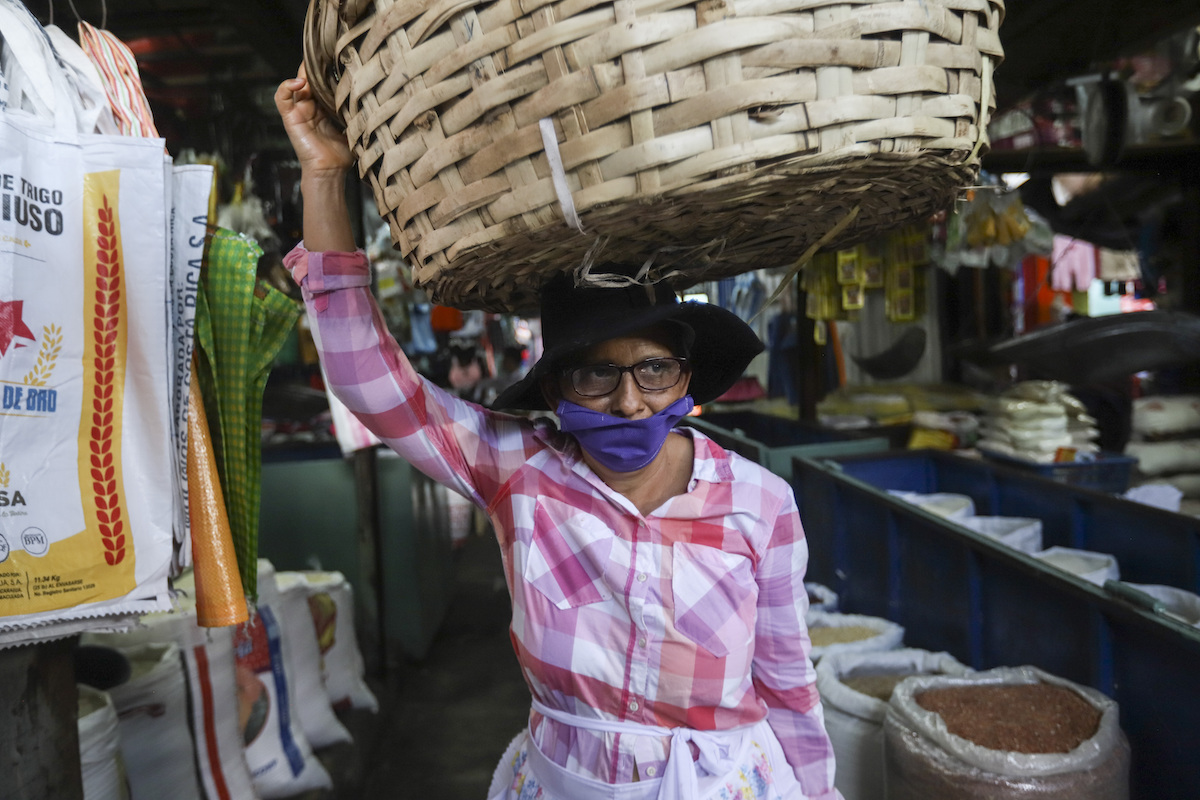 While the virus initially emerged in China during the winter and there is some suggestion that it may not spread as easily when both the temperature and humidity increase, scientists have said there is no good evidence yet that such weather —common in Central America— will significantly help tamp down the outbreak on its own.

Murillo said Tuesday that the government is protecting the health of Nicaraguans, without providing details, and that South Korea had donated rapid-testing kits.

But Nicaraguans have turned to outside sources, and a group of doctors has even set up a parallel system to disseminate information online about the virus. Some epidemiologists have started a messaging chat with journalists to answer questions and counter the government’s approach.

Many businesses have closed, and traffic in the capital is minimal. Supermarkets remain open, but more and more residents are having food delivered.

“All the government measures go against the protocols of the World Health Organization,” said Carlos Quant, an infectious disease specialist. “The outlook is terrible.”

For most people, the virus causes mild or moderate symptoms. For some, especially older adults and people with existing health problems, it can cause more severe illness and lead to death.

Health experts in Nicaragua are concerned that the virus may be quietly spreading as the government actively thwarts measures to contain it. 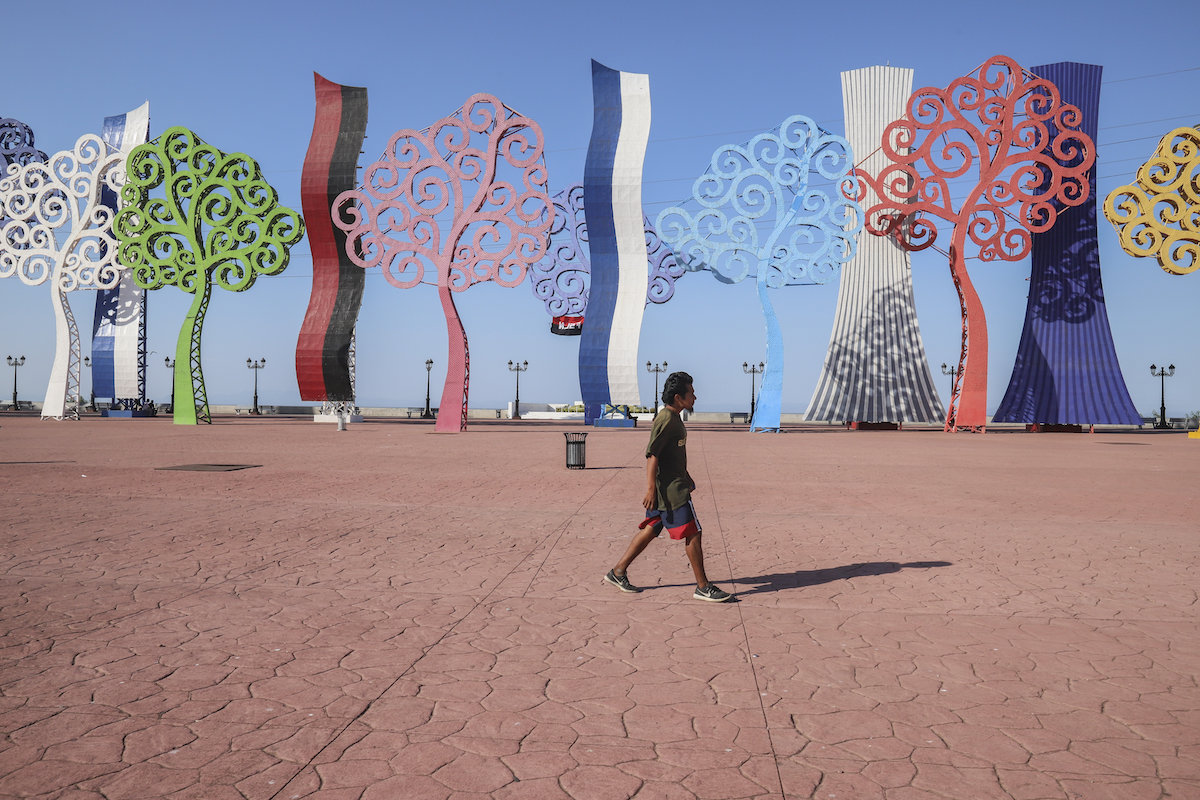 Bishop Rolando Alvarez in Matagalpa announced April 5 that the Roman Catholic Church would help open medical centers and a call center to provide information about the virus. Hours later, he said the Health Ministry had ordered him to stop.

Robbin Zeledón, 21, one of the top hitters in Nicaraguan professional baseball’s first division, was suspended March 26 for “lack of discipline” after saying he didn’t want to keep playing because he was concerned about the virus.

Teams were playing to mostly empty stadiums before the league stopped for Holy Week, but games are scheduled to resume after the holiday.