This Week in Puerto Rico: Investigations, Cries of Censorship, and Duplicate COVID-19 Tests 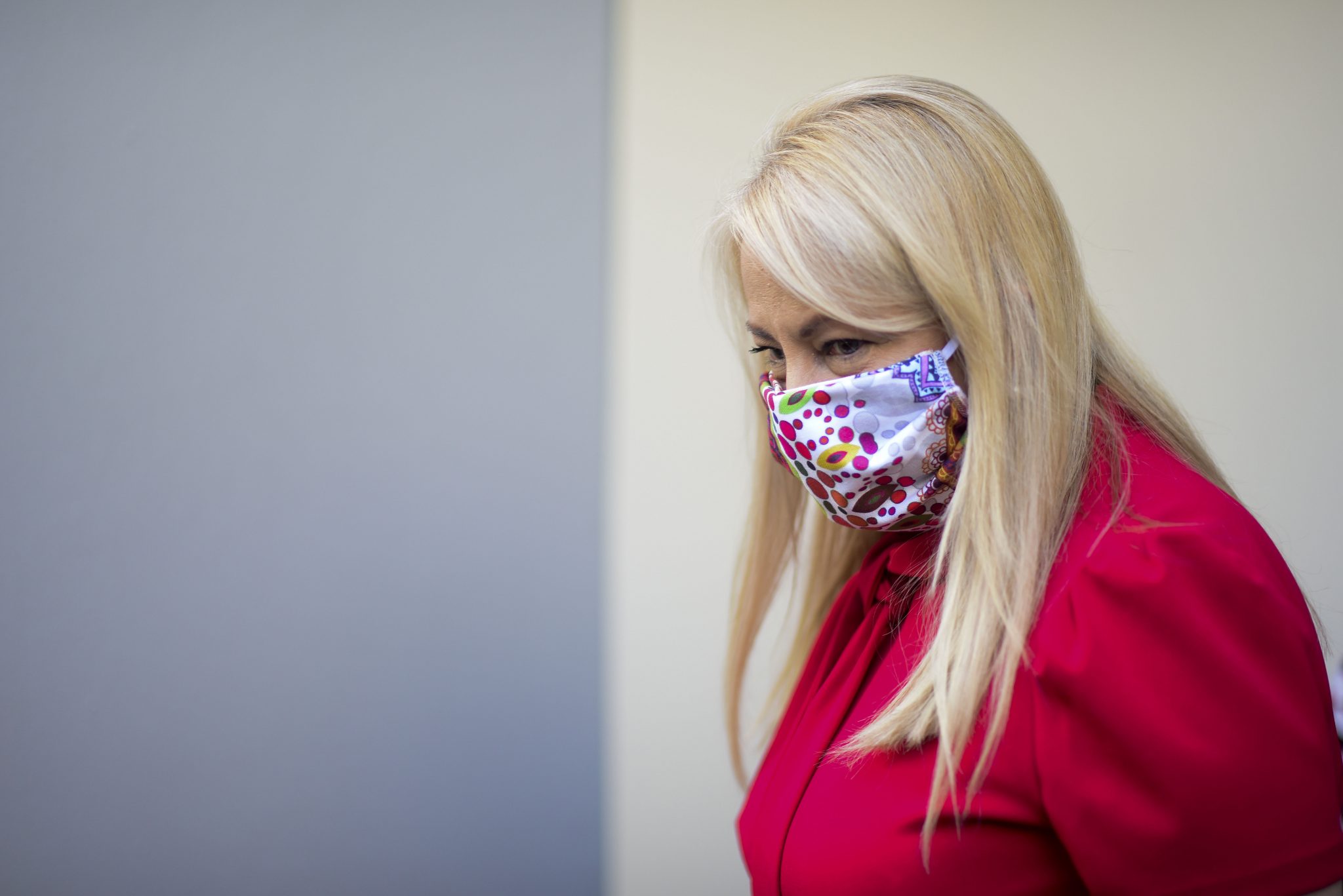 Gov. Wanda Vázquez, wearing a protective face mask, arrives for a press conference to announce that she has ordered the cancellation of all contracts awarded to people and companies whose names have been publicized as part of a local and federal investigation into the intended purchase of new coronavirus testing kits, in San Juan, Puerto Rico, Thursday, April 16, 2020. (AP Photo/Carlos Giusti)

SAN JUAN, Puerto Rico — Everything is on fire, and every time we get close to putting it out, a new fire erupts. That’s how life has been for Puerto Rico over the last three years.

So what do these three extraordinary events that have cost the lives of Puerto Ricans and changed life forever have in common? Government mismanagement.

In the last three weeks, the news coming out of Puerto Rico goes beyond how the local government is responding to the coronavirus pandemic. Intertwined with government response is a series of events that have led to federal investigations, resignations from several leaders of the Health Department, and war on the press.

The breaking news is nonstop, so we’ve tried to condense and make everything digestible.

On Thursday afternoon, the Puerto Rican House of Representatives concluded another round of hearings the Health Committee is holding to look into discrepancies in the purchase of one million rapid tests and ventilators from companies with no medical equipment experience.

So far, the House’s Health Committee has heard testimonies from the likes of former interim Health Secretary, Concepcion Quiñones Longo, who was one of the first to flag irregularities in the purchases made by the Health Department, resigned the same day the order was approved.

Quiñones de Longo revealed that Fortaleza had forced her to make approvals and sign the purchase of ventilators in under 20 minutes. Governor Wanda Vázquez has spoken up against the former Health Secretary and attempted to discredit her on multiple occasions.

But the face of the investigation is Adil Rosa, who has admitted to being directly involved in the purchase of the emergency coronavirus supplies in question. During her testimony on Tuesday, Rosa, former Assistant Health Secretary, said that doctors Segundo Rodríguez and Juan Salgado, members of the Governor’s “Task Force” made the decision to purchase the rapid tests and ventilators.

She even revealed that a cheaper offer existed, but Rodríguez and Salgado insisted on using APEX’s services.

Rosa declined immunity during the hearings, and has refused to say whether the Governor was involved in the APEX purchase, only speaking of Fortaleza as an entity.

Another name that keeps popping up is Mabel Cabeza, who served as a liaison between the Health Department and Fortaleza’s “Task Force” and served as Chief of Staff under former Health Secretary Rafael Rodríguez and has been implicated in several investigations into the department. Recently, her name came up during the Health Committee’s investigation as the one truly running everything.

During her tenure as interim Health Secretary, Quiñones de Longo tried to fire Cabeza but she was deemed essential by the Governor, but very little is known about her and what she does.

The investigation began after journalists from El Nuevo Día uncovered in early April a multi-million dollar plan to purchase one million rapid tests and several ventilators from Apex General Contractors (APEX), a construction company with ties to the PNP (the New Progressive Party, currently in power).

APEX was given an advance of $19 million —out of the total $38 million— by the Treasury Department to buy the supplies from an Australian company called Promedical. The rapid tests were not FDA approved, and on Tuesday, Promedical released a statement saying they were never approached by APEX in the first place. But a quick investigation from NotiCel journalist Omar J. Serrano found that Promedical had lied about it’s relationship with APEX.

Hearings will continue on Monday, as we’ve yet to hear from Juan Maldonado de Jesús, who represents APEX, and Segundo Rodríguez, among other officials. On Friday, the leader of the House’s Health Committee told the press that the investigation is a long way from concluding.

Fortaleza vs. the Press

Despite all eyes being on Fortaleza and the House as the investigation continues, on Sunday, the president of the public TV station WIPR, Eric Delgado, said that outside press would be banned from attending the televised Medical “Task Force” segment.

This led to a massive uproar on social media from the press and other citizens, calling out repression and censorship. José Cancela, the president of Telemundo Puerto Rico, wrote on Facebook that Telemundo would not air propaganda, as WIPR chose to follow orders from Fortaleza. Soon, most major press organizations on the island boycotted the program.

Delgado argued later on in an interview with CBS correspondent David Begnaud that he had to pull the plug because he feared journalists would take over the segment.

A drive-through protest was held in front of WIPR’s studio on Wednesday, where members of the Colectiva Feminista called out the censorship, and the alleged corruption through the sketchy purchase of the rapid tests and ventilators.

On Thursday, Delgado was on Latino Rebels Radio to discuss claims that he is operating state-run television that promotes government propaganda.

Fortaleza vs. the House

Since the conception of the investigation, Fortaleza has been at war with the House of Representatives, attempting to discredit evidence and go against what is being testified. At Thursday’s press conference,  Vázquez took the side of “Task Force” member Segundo Rodríguez despite him being named as one of the players in the investigation on coronavirus emergency supplies.

During that press conference, Vázquez also accused the investigation of being pushed as a plot by Juan Maldonado and the APEX people, who favor her political opponent, Pedro Pierluisi.

As of Friday, there are 1,068 positive known cases, and 58 deaths related to the coronavirus in Puerto Rico.

This week, the government flip-flopped with curfew, going from 7 p.m.-5 a.m. to 9 p.m.-5 a.m. to 7 p.m.-5 a.m. in less than a week. The Governor has also extended the lockdown and curfew until May 3, although experts believe Puerto Rico’s peak will be in June.

That being said, the Center for Investigative Journalism (CPI, in Spanish) reported on Friday that the Health Department’s COVID-19 numbers are wrong, saying the department has been counting molecular tests and rapid tests. Health Secretary Lorenzo González told the CPI if a patient has had multiple tests done, those tests are counted individually.

This news puts into perspective why many are calling for Puerto Rico’s government to do more testing and tracking, instead of focusing solely on lockdown.

2 responses to “This Week in Puerto Rico: Investigations, Cries of Censorship, and Duplicate COVID-19 Tests”

Leave a Reply to The Government of Puerto Rico’s Main Strategies During COVID-19: Ineptitude, Misinformation and Secrecy (OPINION) Cancel reply