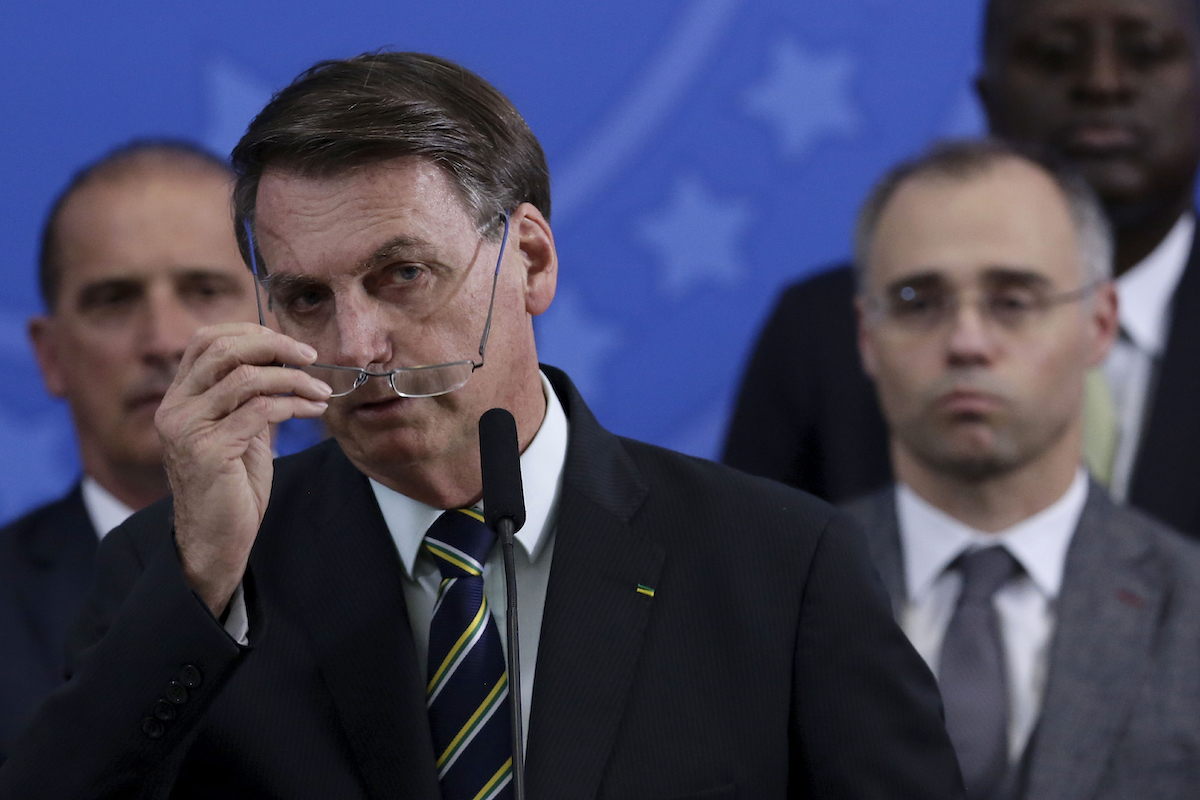 Brazil’s President Jair Bolsonaro removes his glasses at the end of a press conference where he spoke on the resignation of Justice Minister Sérgio Moro, at the Planalto Presidential Palace in Brasilia, Brazil, Friday, April 24, 2020. (AP Photo/Eraldo Peres)

RIO DE JANEIRO (AP) — Brazilian President Jair Bolsonaro yielded Wednesday to growing criticism around his nomination of a new federal police chief seen as too close to his family, revoking the controversial appointment just hours after it was temporarily suspended by the Supreme Court.

Bolsonaro’s abrupt removal last week of the former federal police chief, in the midst of a health crisis, and the nomination of Alexandre Ramagem, who has been photographed with Bolsonaro’s sons, had prompted concern that Bolsonaro would give his family preferential treatment. At least one of the president’s sons is reportedly under investigation.

The ouster of the former police chief had led to the resignation of Bolsonaro’s highly popular justice minister, Sérgio Moro, who alleged political interference, pitching the administration into political turmoil.

Moro, when resigning on April 24, said Bolsonaro had told him on multiple occasions that he wanted to replace the head of the federal police with someone who could facilitate access to investigations and intelligence reports.

In his decision, Supreme Court Justice Alexandre de Moraes wrote that “the Federal Police is not an intelligence agency for the Presidency.” 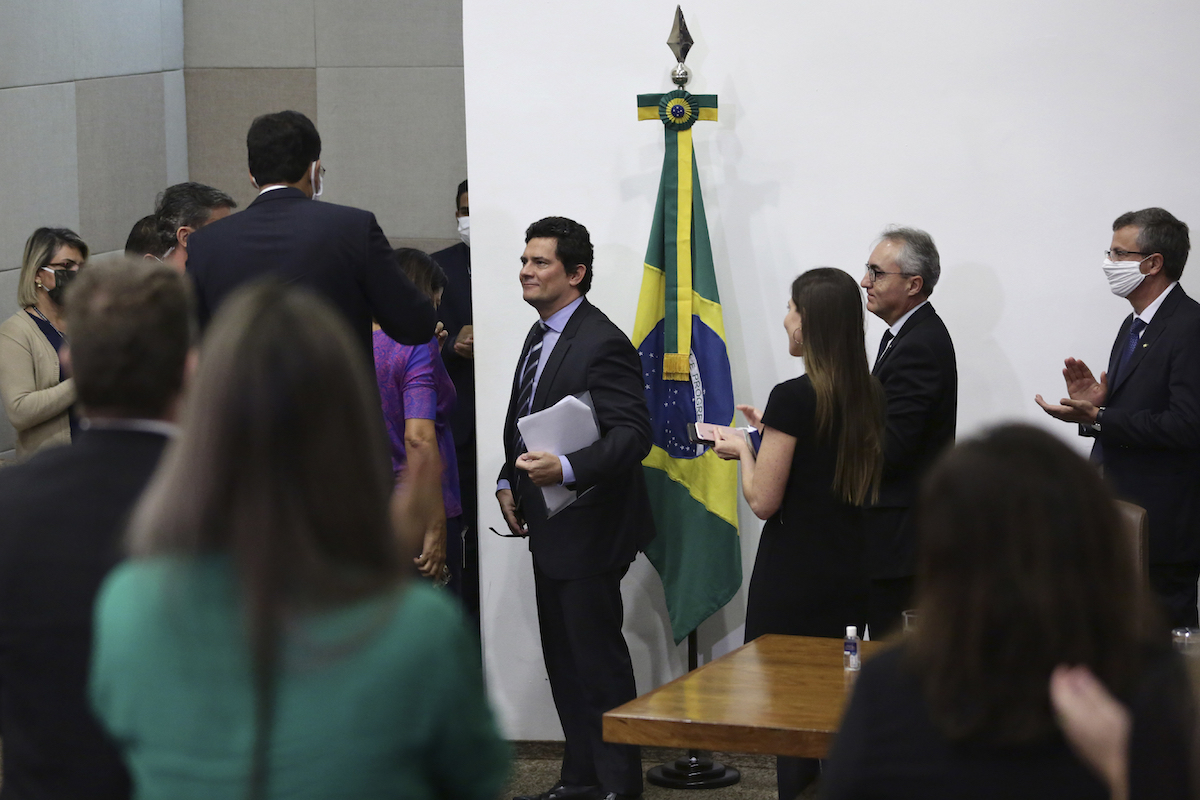 Brazil’s former Justice Minister Sérgio Moro, center, is applauded by his staff after he announced his resignation at a press conference in Brasilia, Brazil, Friday, April 24, 2020. (AP Photo/Eraldo Peres)

Bolsonaro announced his decision to revoke the appointment Wednesday in the official gazette. But later that day, he suggested he was not totally abandoning the idea: “I am sure that this dream of mine … will soon come true, for the sake of our Federal Police and of Brazil.”

Bolsonaro, attending the official swearing in of his new Justice and Public Security Minister, also criticized the Supreme Court’s decision.

“Ramagem, who was supposed to take office today, was blocked by a monocratic decision of a Supreme Court Justice,” Bolsonaro said.

Following Moro’s accusations, the Supreme Court on Monday authorized an investigation into whether Bolsonaro committed crimes by allegedly attempting to interfere with the country’s Federal Police.

Bolsonaro has denied asking Moro for information on ongoing investigations, but did not address the accusation he wanted a successor who would share information.