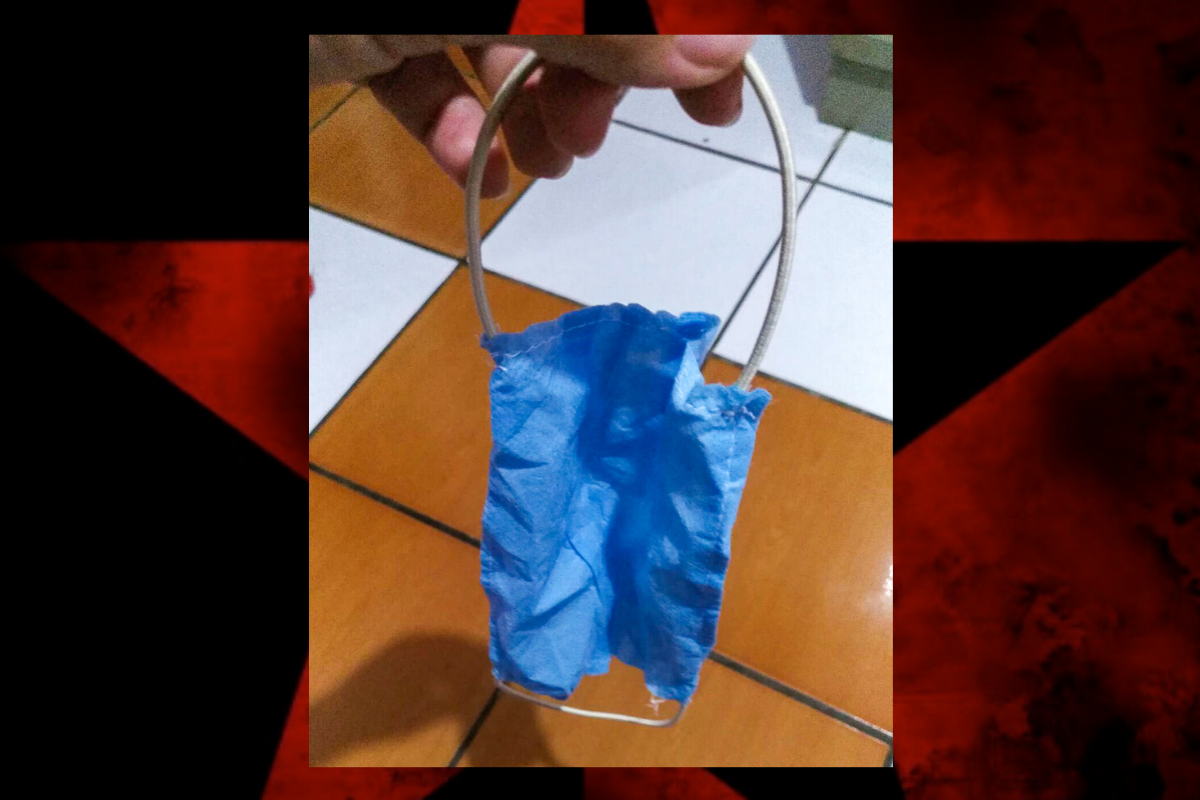 In El Salvador, President Nayib Bukele has been boasting about his handling of the coronavirus pandemic. The populist president has wide support from his base, while others worry about his authoritarian approach and the controversial use of military personnel to enforce a strict, stay-at-home policy. Images of inmates in crowded prisons have also gone viral, following new control measures.

Meanwhile, intern doctors and nurses are complaining about the lack of protective equipment, with some acting as whistle-blowers, calling out the Health Ministry for pressuring doctors to write misleading reports.

“So now, if I die tomorrow of COVID-19, the [Health] Ministry will publish that it laments my death, that I was a heroine, and that it expresses its condolences to my family… Why not show its love for its heroes by giving them adequate equipment? Why do they make us sterilize our masks so we can re-use them for seven or more days?” a medical school undergraduate student on her Facebook page before making the comment private following a widespread response from other practitioners.

She posted the message after the Health Ministry officials called a fellow nurse a “hero.”

“Why, when we call the health officials to report a suspected COVID case, they would do the impossible to not admit the patient and are told that we should diagnose it as the flu?” she added.

Latino Rebels spoke to the student over the phone on condition of anonymity, and she told us about how personnel is being instructed to handle suspected COVID-19 cases.

“At the end of April, I treated two patients with respiratory problems and suspected of having contracted the virus. Because of the symptoms, they should have been admitted and tested,” she said. “He was diagnosed with laryngitis per the infectious disease doctor at the call center. I wrote the report as per instructions from the health official to protect myself. That night, the patient got worse. His family called in to report it. The patient was admitted and his family was placed in a quarantine center. I wasn’t informed if the patient tested positive or not.”

In the past, undergraduates doing their residency, known locally as “social year,” did not get paid until Bukele took office. The student told Latino Rebels that some of them, who are working far from home, have been collectively renting so that they don’t have to go back home with the fear of infecting family members due to the lack of equipment.

Bukele’s administration has received $2 billion dollars from the Salvadoran Congress to deal with the pandemic and repeatedly has said that frontline medical workers have the PPE they need. 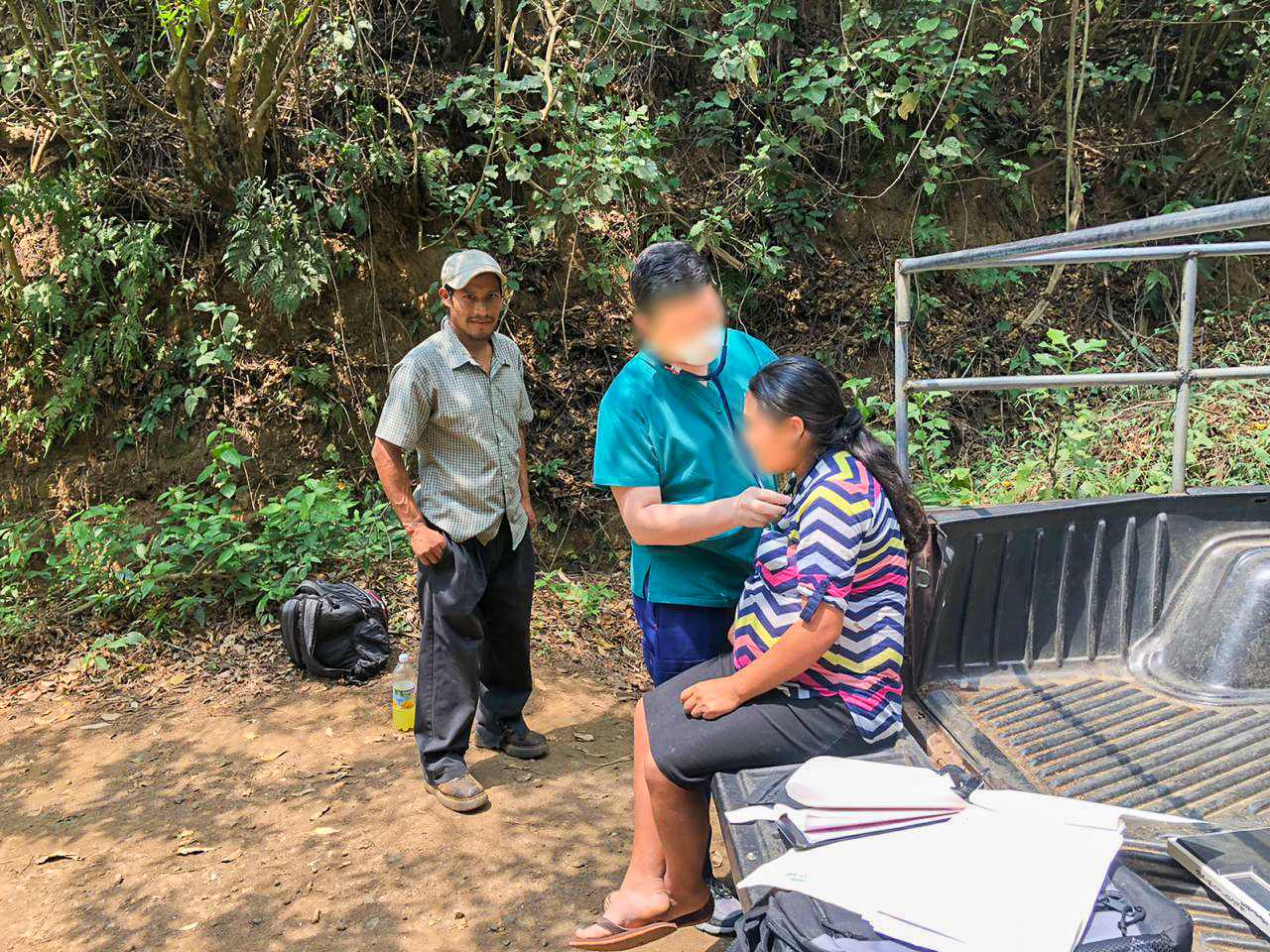 The bed of a pickup truck serves as a doctor’s office during a visit for a regular check up in El Salvador’s countryside. (Verified photo sent to Latino Rebels)

Last week, Buekele implemented a 15-day special stay-at-home policy where people are only allowed to go out for groceries based on the last digits of their identification card. People cannot travel from one city to another. If they are found to be in violation of these new rules, they are detained and taken to a quarantine center for at least 30 days. These strict measures are being protested with nightly “cacerolazos” (banging pots) y “pitadas” (whistling)—a stark difference from other cities where people bang pots in gratitude of medical personnel and other essential workers.

Local media outlets have also reported on citizens who have run out of food in their homes and have taken to hanging white flags outside their windows to ask for basic groceries. 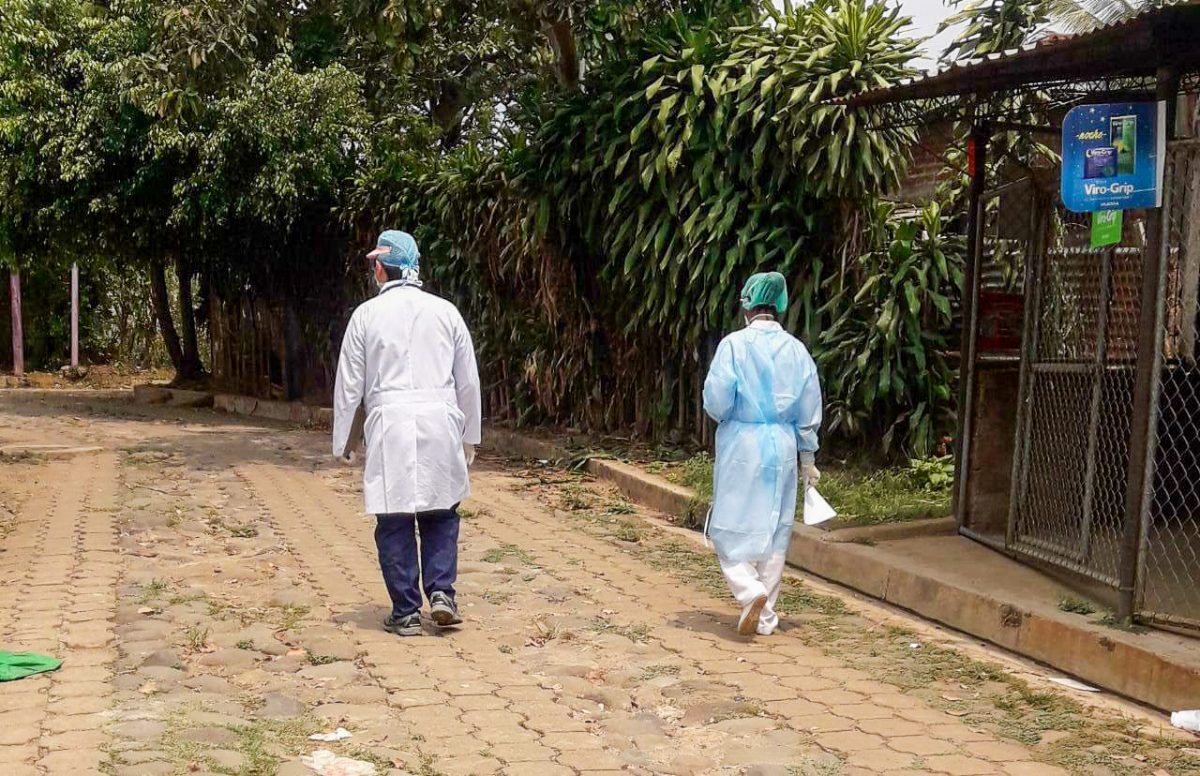 Local medical personnel have to use their surgical masks for a week and, in some cases, for a month, resorting to buying their own masks. The conversations on the social media thread denouncing the lack of PPE, included other examples of measures doctors have had to take to compensate for the lack of equipment.

“I’m told by my supervisor to ‘wash my hands with the gloves on’ to preserve the gloves!” an undergraduate doctor wrote on the thread.

“We are mentally prepared to be exposed to the virus because that is the profession we chose. Not having the PPE needed for our protection is what is discouraging,” added another doctor. 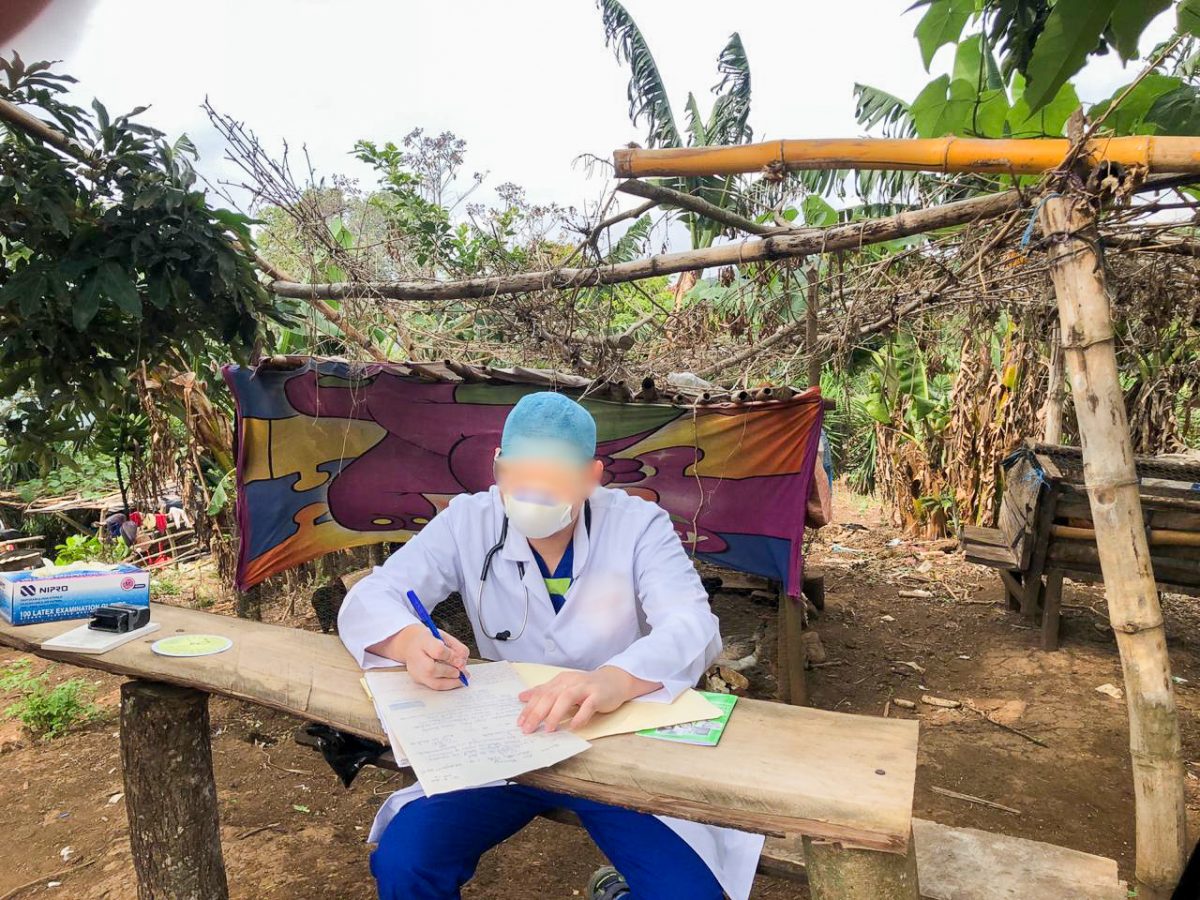 An Undergraduate doctor at a makeshift clinic in a remote area in El Salvador. (Verified photo sent to Latino Rebels)

The undergraduate doctors are also assigned to go to rural areas, where sometimes, it means walking to the countryside to get to the remote areas so people can be seen by the doctors.

“If we had the basic protection we need, I know we are a poor country, but when the president says that we have plenty of ‘insumos’ [basics], it really is detrimental when we are told by our supervisors that [there are no more gloves],” one young doctor said.

Latino Rebels reached out to El Salvador’s Health Ministry for comment, via email. As of the posting of this story, they have not responded.