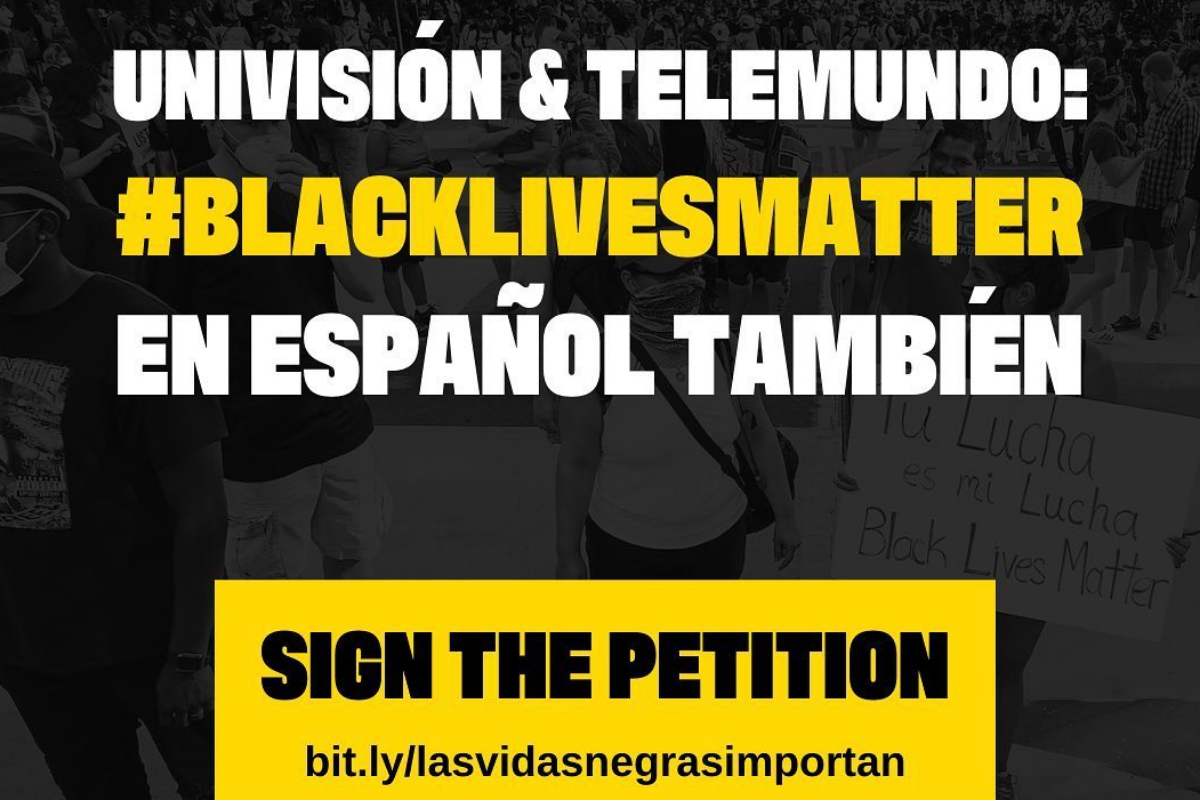 In response to criticisms of the current protest coverage by Univision and Telemundo, national activist collective Mijente announced on Tuesday that it launched an online petition, calling for the two Spanish-language networks to “shift their news programming” about the Black Lives Matter movement.

“These two networks are the main source of information for millions of Latino households. By producing news programming and content that focuses on negative depictions of protesters, that fails to cover the systematic causes of anti-Black police violence, and that makes no effort at centering the voices of Black people in their coverage the networks have contributed to the Latino community’s skewed and incomplete understanding of the current crisis,” part of the petition read. “Their coverage feeds into anti-Black stereotypes that have historically existed in the Latino community, which in the extreme can and have been used as justification for anti-Black violence and which serves to further divide us.”

The petition is calling for for things:

Last week, in a story about the two networks and that criticisms they were receiving, Latino Rebels received statements from both Univision and Telemundo:

“Univision News rejects any form of discrimination or racism. We condemn police brutality and violence against Black Americans or any other communities,” Univision president Daniel Coronell said. “We believe in peaceful protests as a legitimate right in a democracy. We have been covering protests as breaking news and have also produced live programming to cover them in depth and with context. Univision News proudly represents, reports on and gives a voice to a diverse community. We will continue to do so, and to listen to its members through rigorous journalism that allows us to bring understanding and attention to the situation. We are committed to providing our audience full, accurate and contextual reporting and commentary.”

“At Telemundo News we are deeply committed to providing our audience with objective news and information. Accuracy and rigor are core principles of our news coverage. Telemundo News highlights diverse voices on this and every issue. We will continue to provide comprehensive coverage of this very important story to help foster a better and broader understanding of racial injustices in our country,” Telemundo Network News president Luis Fernandez said.