An Open Letter From Undocumented, DACAmented and Formerly Undocumented Leaders to the Immigrant Rights Movement 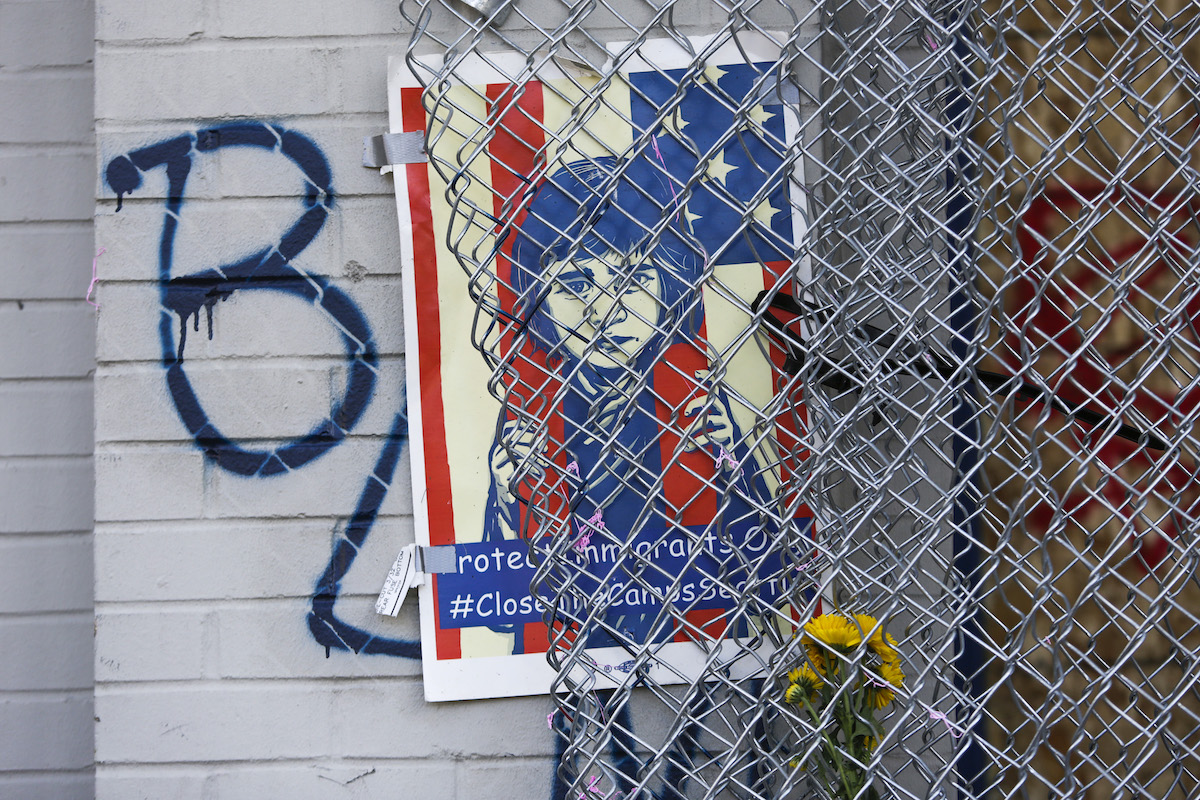 A sign protesting immigrant detention camps is pictured on a fence outside the closed Seattle Police Department’s East Precinct now surrounded by the area known as the Capitol Hill Autonomous Zone (CHAZ), in Seattle, Washington on June 11, 2020. (Photo by JASON REDMOND/AFP via Getty Images)

Editor’s Note: On Monday morning, Latino Rebels received the following open letter for publication. It has since been published on Medium by the organizers who drafted the letter and gathered signatures.

On the eighth anniversary of the Deferred Action for Childhood Arrivals program, also known as DACA, we’re releasing this open letter to the immigrant rights movement with a clear demand: not a single person or organization should use the rescission of DACA to seek compromises that further fund any immigration enforcement in exchange for relief for some of us. Do not sell out immigrant communities.

We are a group of DACA recipients, undocumented or formerly undocumented allies with more than ten years of experience and knowledge rooted in organizing and community work. Our politics have expanded and shifted beyond our own lived experiences.

The immigrant rights movement must also commit to fighting for justice for all communities of color, including Black communities—who are disproportionately impacted by deportations. We believe that this is the right moment to echo the Black Lives Movement’s demand to defund the police and be clear that we must also abolish ICE.

Contrary to popular belief, President Obama didn’t announce DACA out of the goodness of his heart. Undocumented immigrant youth and our communities organized and fought to stop our own deportations one by one, organized sit-ins at his 2012 re-election campaign offices, protested and marched, and engaged in civil disobedience across the country. We organized actions calling for #Not1More deportations, such as the Undocubus that culminated in Charlotte, NC at the 2012 DNC Convention. Many of these tactics we learned from the Civil Rights Movement and the fight for Black liberation—all of which made DACA possible.

Simply put, undocumented activists young and old put ourselves at risk and made DACA a reality.

Even with DACA, three million people were deported under the Obama administration. Those deportations continue to this date, and it’s gotten worse.

Under President Trump, dozens of undocumented immigrants have been murdered at the hands of CBP and ICE, including Roxsana Hernández and Johana Medina, two trans women seeking asylum, multiple children, including Claudia Patrica Gómez González, Carlos Gregorio Hernández Vásquez, Jakelin Caal Maquín, indigenous Guatemalan children. Thousands of children are not accounted for once separated from their parents in the hands of CBP. Racist government institutions act with complete impunity, and we have seen the rise of white supremacy targeting Black people, communities of color and immigrant communities.

We are about to witness the Supreme Court slash DACA and put about 650,000 DACA recipients, including many of us, at risk of deportation. But this time we cannot do business as usual.

As the uprising across the country in support of Black lives continues to shift the country’s political conscience, we want to acknowledge that Black immigrants are cruelly targeted by this country’s immigration policies. We support Black organizers and communities that are leading the protests and marches across the United States and the world to demand justice for George Floyd, Breonna Taylor, Tony McDade, Ahmaud Arbery, and are calling for the police to be defunded and for governments to invest those resources in Black communities.

Many of us started organizing to save our communities as youth, and as the years have gone by, we’ve seen the broad immigrant rights movement be co-opted and divided based on narratives of who’s deserving (the model dreamer) and who’s not. We’ve seen organizations try to strike deals with Democrats and Republicans without undocumented people at the table or at the expense of the most vulnerable in our communities.

We are here to remind all DACA recipients, mainstream immigrant rights organizations, undocumented people, and allies to look inward as you move forward in this critical movement.

We make the following demands of leaders of immigrant rights organizations and politicians who are thinking of using the rescission of DACA to seek compromises on our community’s behalf. And we hope that these demands are widely heard by our own community as well:

The Trump administration decided to end this program as a way to use immigrant youth as a bargaining chip to enact his racist immigration agenda. We will not let this happen. DACA recipients will not trade our safety and well-being for the criminalization of Black, Native, and People of Color.

We ask everyone to not look away and to join us in a day of action on the day of the SCOTUS DACA decision. No matter what the decision is, we will:

We must remember that the police and ICE are part of the same systems that murder, incarcerate and deport Black, Brown and People of Color. We must organize to abolish ICE and defund the police.

Join us on this day of action and let’s fight like hell for all of us!

One response to “An Open Letter From Undocumented, DACAmented and Formerly Undocumented Leaders to the Immigrant Rights Movement”