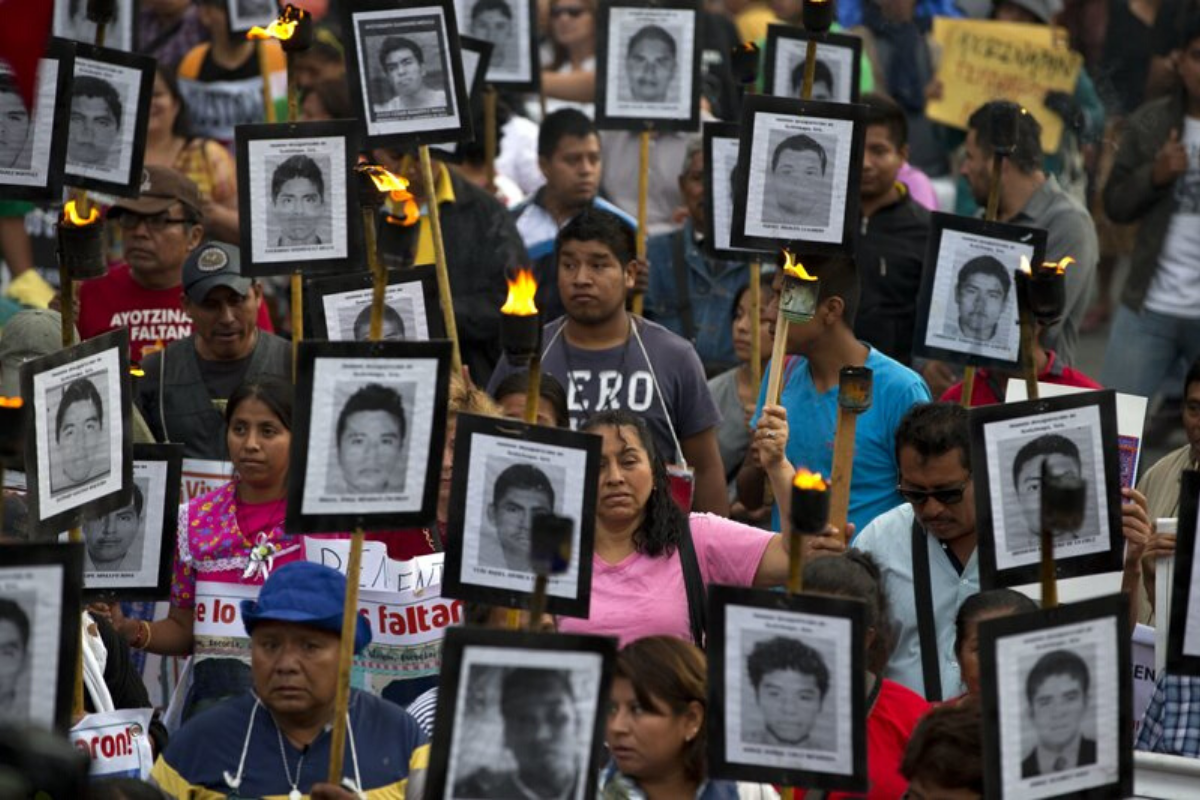 FILE – In this April 26, 2016 file photo, family members and supporters of 43 missing teachers college students carry pictures of the students as they march to demand the case not be closed and that experts’ recommendations about new leads be followed, in Mexico City. (AP Photo/Rebecca Blackwell, File)

The warrants are based on forced disappearance and organized crime charges, Gertz Manero said. Many of these officials were arrested previously and released over time when the cases against them fell apart. Gertz Manero said the new charges were never investigated or brought by prosecutors at the time.

The original investigation concluded in what the then attorney general called the “historic truth” that the 43 students from the teaching college at Ayotzinapa were abducted by police in Iguala in September 2014 and handed over to the criminal gang Guerreros Unidos, which killed them and burned their bodies. Outside experts found numerous flaws in the investigation.

Gertz Manero said Tuesday that there is still an international search underway for Tomás Zerón, the case’s chief investigator as head of the Criminal Investigation Agency. An arrest warrant was obtained for Zerón in March, but he fled the country, Gertz Manero said. One central character, an alleged founder of the criminal group Guerreros Unidos blamed for the students’ disappearance, was arrested Monday, Gertz Manero said.

Since the Attorney General’s Office started the investigation under Gertz Manero, additional remains have been recovered and sent to the University of Innsbruck in Austria for identification, he said Tuesday.

More charges against other officials are expected later this week, Gertz Manero said.