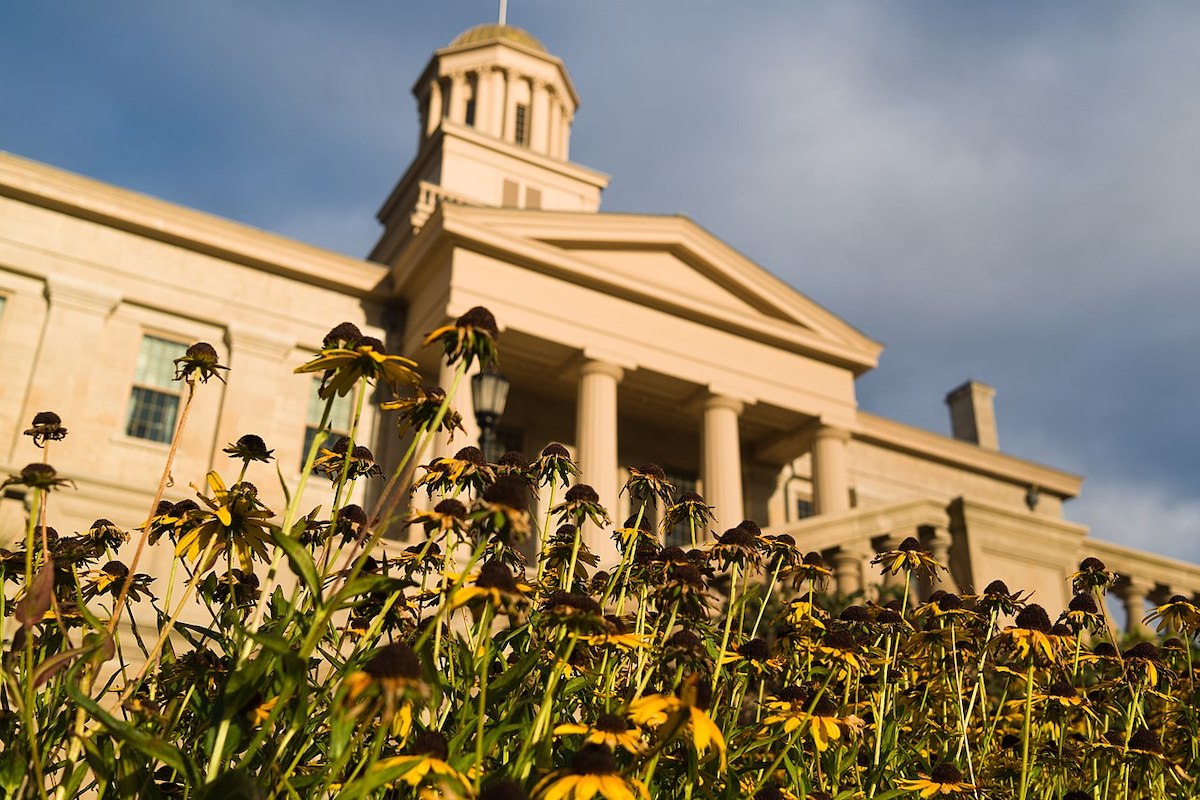 In front of the Old Capitol at the University of Iowa. (Photo by Phil Roeder/CC BY 2.0)

IOWA CITY — In early July, the United States surpassed three million COVID-19 cases. As of July 17, the country has confirmed more than 138,000 deaths stemming from the pandemic. Nonetheless, universities across the country are eager to send students, faculty, and instructional staff back into the classroom.

The University of Iowa (UI), where I am a graduate student and Teaching Assistant,
announced last month that it is’s prioritizing face-to-face instruction for fall 2020.” They have opted for a hybrid model in which classes of 50 or more students will meet online, while smaller courses will likely meet in person. Dozens of universities across the country have adopted similar models.

The decision to return to the classroom is misguided, even sinister. Numbers from the Centers for Disease Control and Prevention (CDC) paint a jarring picture. Indigenous and Black people are five times more likely to be hospitalized for coronavirus-related complications than their white counterparts. Meanwhile, Latinx people are hospitalized at a rate four times higher than white people. The CDC provides a pithy explanation: Health differences between racial and ethnic groups result from inequities in living, working, health, and social conditions that have persisted across generations. In public health emergencies, such as the COVID-19 pandemic, these conditions can also isolate people from the resources they need to prepare for and respond to outbreaks.

One thing is clear: race matters.

Alternatively, white people make up 64% of confirmed cases in the state, but make up 90% of Iowa’s population. In other words, communities of color are disproportionately impacted by the pandemic. And yet, it is an overwhelmingly white administrative class at the University of Iowa —and at universities across the country— that is pushing the decision to go back to the classroom in the fall.

There are myriad forces compelling universities to push for a return to the classroom: money, instruction, politics. None of the forces at play should trump the fact that people’s health
and lives are at stake during this ongoing pandemic. Even with safety measures in place, it is unlikely that universities will be able to prevent transmission between students, faculty, and staff. More importantly, we should remember that universities are not closed environments. People socialize. College students go to bars, restaurants, and other establishments. Like all of us, they have everyday needs that require them to go to local stores. Here, the thousands of students that will return to campus will come into contact with the broader local community and COVID-19 will continue to spread; as the statistics bare, such spread will continue to disproportionately impact communities of color.

Such bleak statistics are nowhere to be found in universities’ return-to-campus announcements. Another factor making such statistics invisible is that universities are making exemptions from teaching in person on a case-by-case basis. The exemption request form sent to employees at UI requires that we disclose whether we or a family member fall under a CDC-approved at-risk category. On the surface, the decision to allow exemptions for at-risk individuals might seem a wise one. But framing exemptions as individual matters ignores that fact that this pandemic is a collective crisis. It also ignores the fact that a return to campus will impact communities of color beyond the university in disproportionate ways. To be sure, people with health risks should be exempted from teaching in the classroom. What I want to highlight is that by framing exemptions as an individual matter, universities have made invisible the factors that lead to communities of color being disproportionately impacted by COVID-19.

This became clear in the response I received after requesting to teach virtually. I expressed concerns about teaching in person shortly after UI announced a return to the classroom. In response, multiple UI employees argued that it was important that the discussion sections I am assigned to lead meet in person. The reason given was that the course counted as a “diversity and inclusion” general education credit that prioritized participation. While my direct supervisors and colleagues have been supportive of my request to teach virtually, the initial response lays bare how universities privilege things like “diversity and inclusion” stamps while ignoring how their actions impact communities of color. Further, even if I am allowed to lead my sections virtually, the class will continue to meet in person, fueling the fire of the pandemic. Let me be clear: a diversity and inclusion stamp is worthless if a return to the classroom means increased risk for communities of color.

Such a disconnect between institutional language and the implications that a return to campus will have on people’s lives is quite common. On June 1, UI’s College of Liberal Arts and Sciences (CLAS) hosted a virtual town hall meeting. A self-identified woman of color expressed in writing that she wanted to teach online. She further mentioned that she was diagnosed with an auto-immune condition and wrote: “I have tremendous anxiety entering classrooms that I hadn’t realized was so present.” Steve Goddard, Dean of UI’s CLAS, responded by recommending mental health counseling and encouraged her to think about how to manage the anxiety. “As an under-represented minority, a woman of color,” Goddard said, “you have a tremendous impact to students if you can overcome some of that anxiety and fear to, as you already know, and the pressure you already feel as a role model for students both of color and not of color.”

Goddard’s response privileged the institutional value that the instructor would have (impact on students) rather than the instructor’s personal health, well-being, and the broader impacts that a return to campus will have beyond the university.

I have been wonderfully supported and mentored by folks during my time as a graduate student and Teaching Assistant at UI. I share these anecdotes because my university and department are quite ordinary in their make-up: mostly white administrators, professors, and graduate students.

It is in this ordinarily white environment that “diversity and inclusion” can be so ingrained in institutional language and yet jarring statistics about race and COVID-19 so easily become invisible. Institutions —and individual actors within those institutions— are currently weighing multiple factors as they decide what their courses will look like. They’re thinking about their instructional and work-environment preferences and their individual health risks.

My experience at UI highlights how the factors weighed in such decisions often seem to be everything but the health and well-being of those most heavily impacted. Plans for the fall would look much different if we prioritized collective impact over individual risk.

The CDC statistics have hit home. Last week, two immediate family members tested positive for COVID-19. One of those family members is undocumented and was hospitalized. This was a reminder of the likely outcomes that a return to the classroom will have, and that vulnerable populations will be hit hardest.

If I were to contract COVID-19 from teaching in the classroom, I would more than likely be fine. I’m twenty-seven years old. I don’t have any major health conditions. I have health insurance and access to great university hospitals. But even if someone else replaces me in leading in-person discussion, the return to the classroom will only fuel the fire of a pandemic that is impacting communities of color disproportionately.

Right now, it is clear that they are not.

Carlos Ruiz Martinez is a PhD student in the Department of Religious Studies at the University of Iowa. He studies Mexican American Catholicism in the Midwest and the U.S. Sanctuary Movement. He tweets from @CarlosIRuizM.

2 responses to “A Dispatch From Iowa: University’s Return Plan to Classroom Ignores Pandemic’s Impact on Communities of Color (OPINION)”