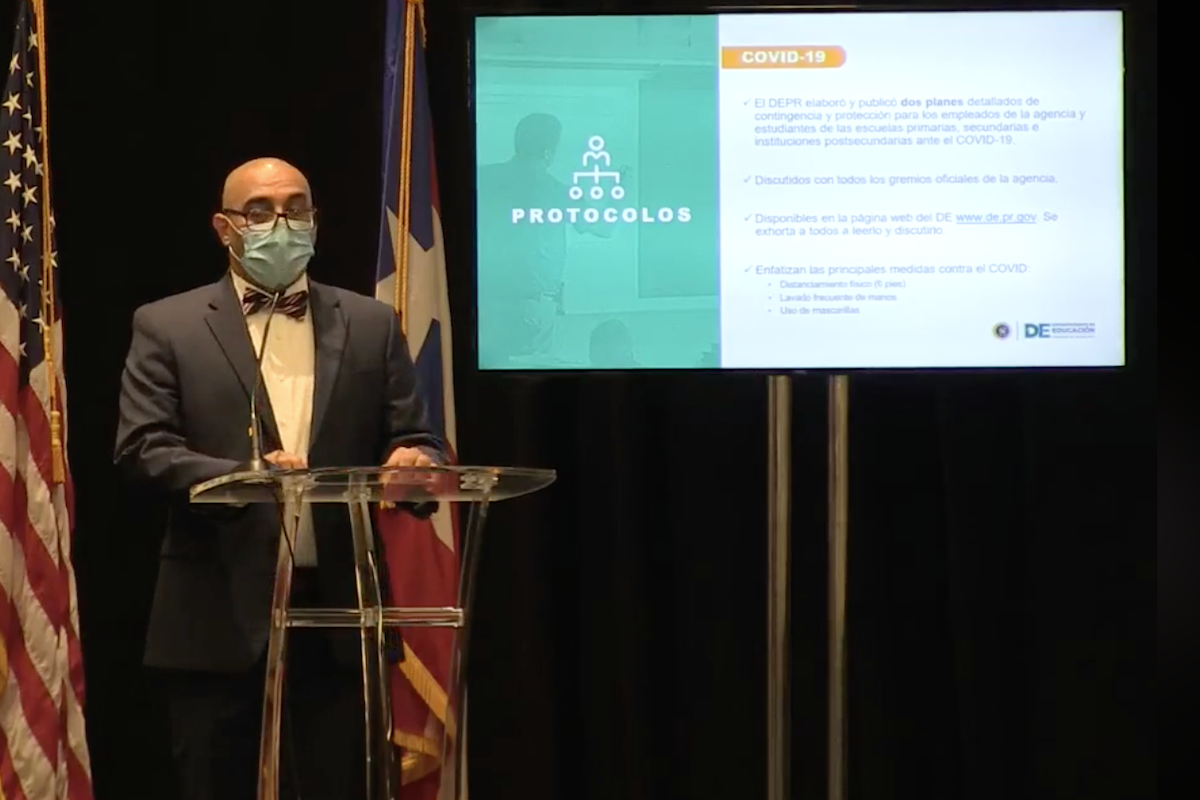 Education Secretary Eligio Hernández said he was delaying the reopening of public schools for in-person classes by one month to September 17, though he cautioned it is a preliminary plan that could change if cases aren’t controlled.

“The health of our people is always the highest priority,” he said.

Puerto Rico is home to one of the largest school districts in a U.S. jurisdiction, with more than 281,500 students enrolled for the upcoming school year.

Hernández’s announcement raised concerns among some parents, who noted that power outages remain common across the island since Hurricane Maria and that not all teachers or students have access to the internet.

Grichelle Toledo, general secretary of Puerto Rico’s Association of Teachers, urged the education secretary to reopen schools for those who don’t have an internet connection. Hernández noted that certain printed materials will be available to pick up at school for those who have internet problems.

Hernández also announced that trailers and temporary rental facilities will replace schools in the island’s southern region that have been shuttered since early January as a result of a series of strong earthquakes. In addition, he said parents will have to pick up free daily meals at school.

The island of 3.2 million people has reported at least 185 deaths, along with more than 4,300 confirmed coronavirus cases. Health experts said the percentage of positive cases since late June has increased tenfold, prompting the governor to recently announce major rollbacks in reopenings.