Thousands in Puerto Rico Still Without Housing Since María 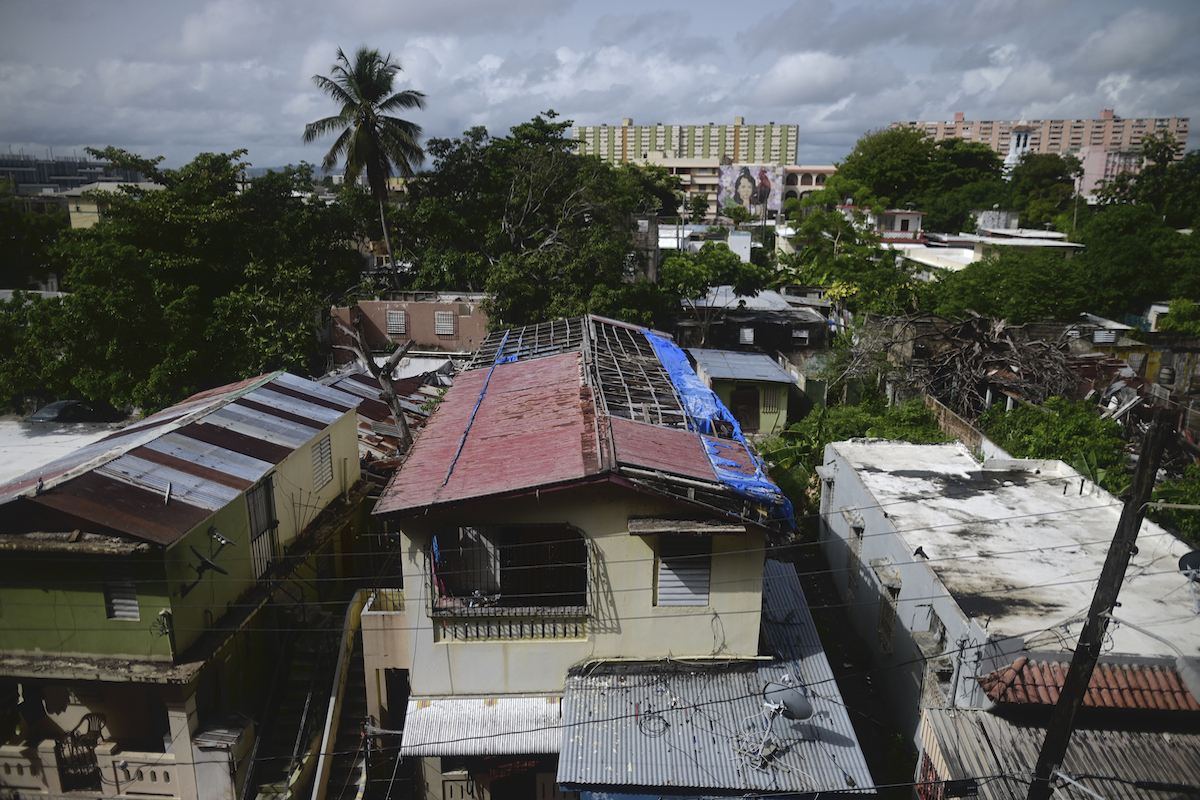 María hit more than 786,000 homes on September 20, 2017, causing minor damage to some homes and sweeping others from their foundations. A federally funded program administered by local officials carried out relatively small repairs to some 108,000 homes the next year, while churches and nonprofits patched up thousands with private funds.

A Puerto Rican government program known as R3 is the first major effort by the U.S. territory to carry out major repairs and rebuilding of damaged and destroyed housing. Nearly 27,000 homeowners have applied. But nearly 1 1/2 years after federal funding was released to local officials, not a single repair or rebuilding job has been completed.

Puerto Rican officials say work is almost finished on the first 45 homes to benefit from the program, but it is not yet complete.

For many Puerto Ricans, the program’s slow progress has become a symbol of their government’s inability to address the long-term effects of the disaster. 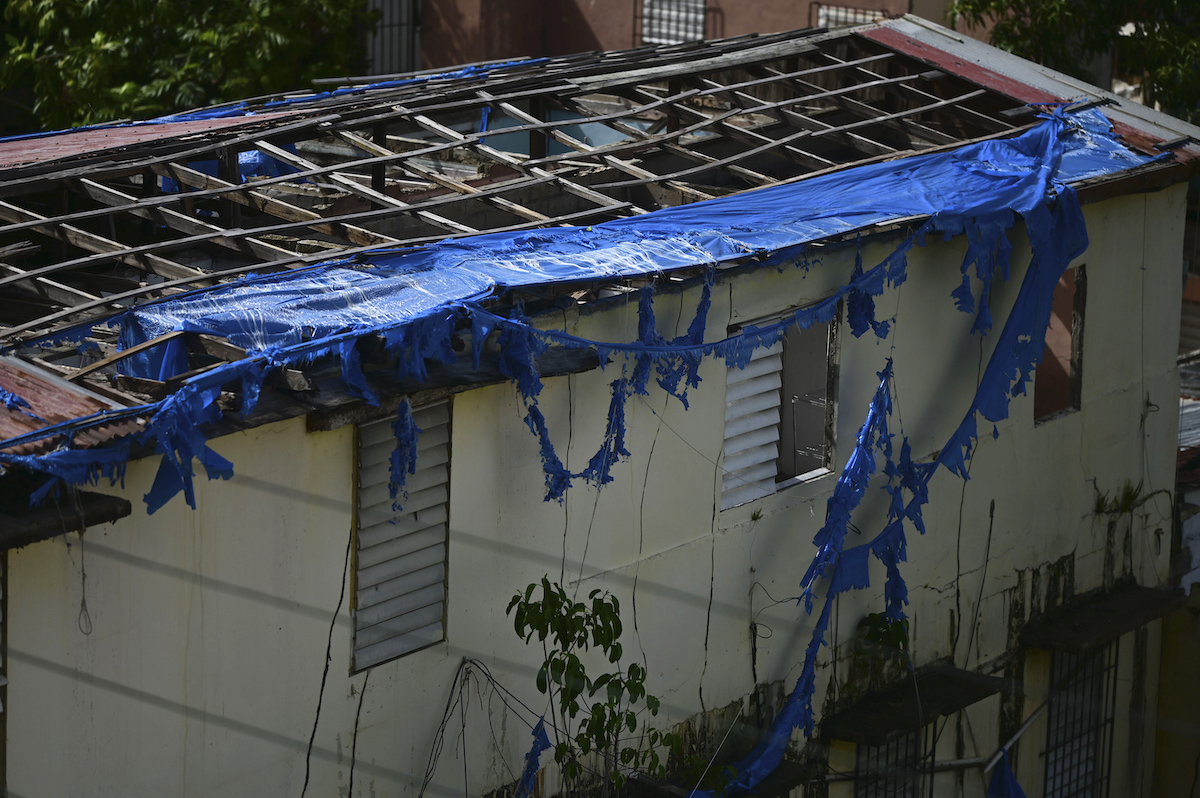 “They talk about billions of dollars, but we’re not seeing it,” said Sergio Torres, mayor of the northern mountain town of Corozal. His municipality still has 60 homes with blue tarps as roofs and two families still living in school shelters. ”It’s a way of life here.”

Hurricane María slammed into Puerto Rico with 155 mph (249 kph) winds, and its center spent eight hours over the U.S. territory, obliterating the electricity grid and causing more than an estimated $100 billion in damage. An estimated 2,975 people died in the storm’s aftermath.

A Puerto Rican government-run program known as Your Home Reborn, which operated from January-December 2018, repaired 108,487 residences with funds from the Federal Emergency Management Agency. Some had to be repaired again due to shoddy work. Churches and nonprofits launched smaller-scale efforts around the island.

But tens of thousands of homes in Puerto Rico remain uninhabitable by modern standards, with damage ranging from total destruction to missing roofs. In the central mountain town of Villalba alone, 43 families still live under blue tarps as roofs. Mayor Luis Javier Hernández said one family used theirs for so long that it wore out and he had to give them a new tarp. 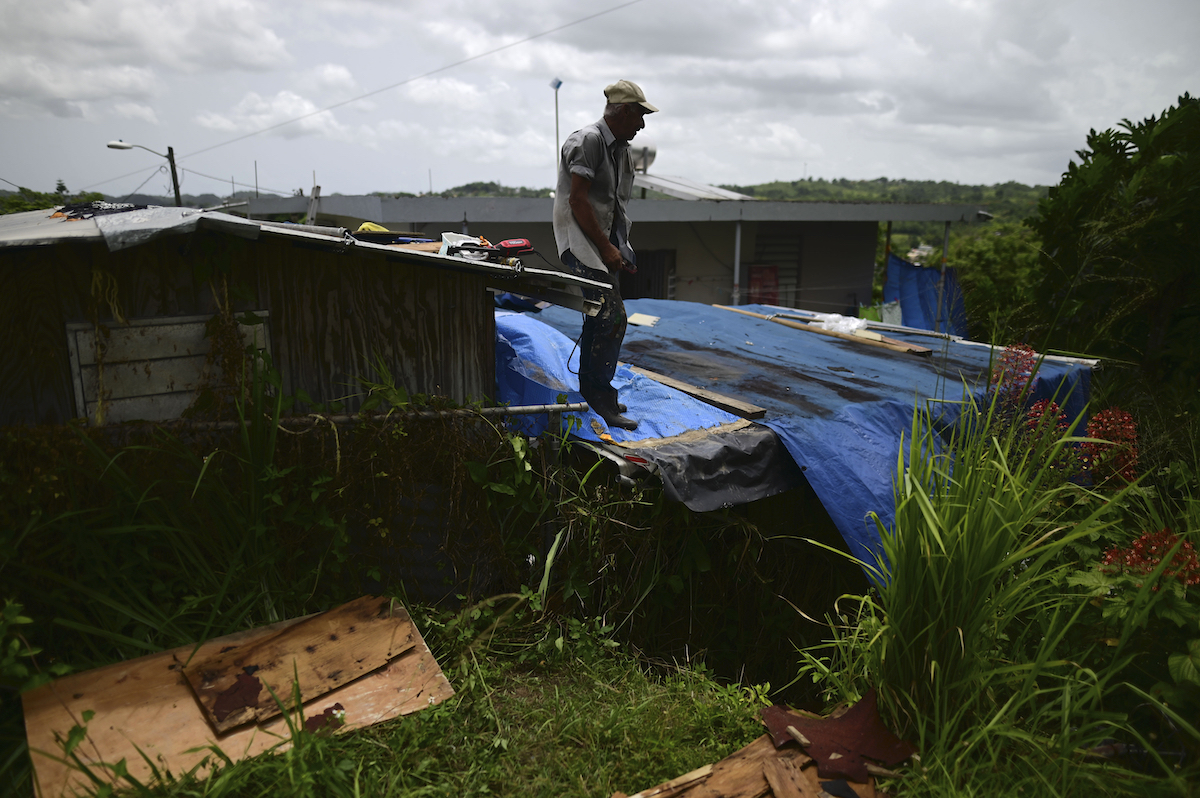 70 year-old Wilfredo Negrón secured the zinc roof of one of his structures with steel tubes and chains in preparation for the current hurricane season, in Corozal, Puerto Rico, Monday, July 13, 2020. (AP Photo/Carlos Giusti)

R3, which stands for repair, rebuild or relocate, aimed to address the backlog by paying contractors to make repairs for households that earn less than 80% of the region’s median income.

The territory’s government submitted its plans for using federal block grant money for R3 in June 2018. The first $1.5 billion for the program became available in February 2019, with another $1.7 million approved in February this year.

Nearly 27,000 households applied for help between R3′s start date, July 31, 2019 through early January, when Puerto Rico’s government stopped taking applications. Of the applications accepted, several hundred have been rejected and thousands remain in the preliminary stages. More than 900 people remain on a wait list.

“It’s becoming apparent that Puerto Rico delays are a lot longer than we’ve seen anywhere else,” said Carlos Martín, a senior fellow at the Urban Institute.

He said Puerto Rico’s housing department is understaffed, and that the federal Department of Housing and Urban Development also has imposed an unusually large number of requirements on Puerto Rico’s government to prevent fraud or misspending. 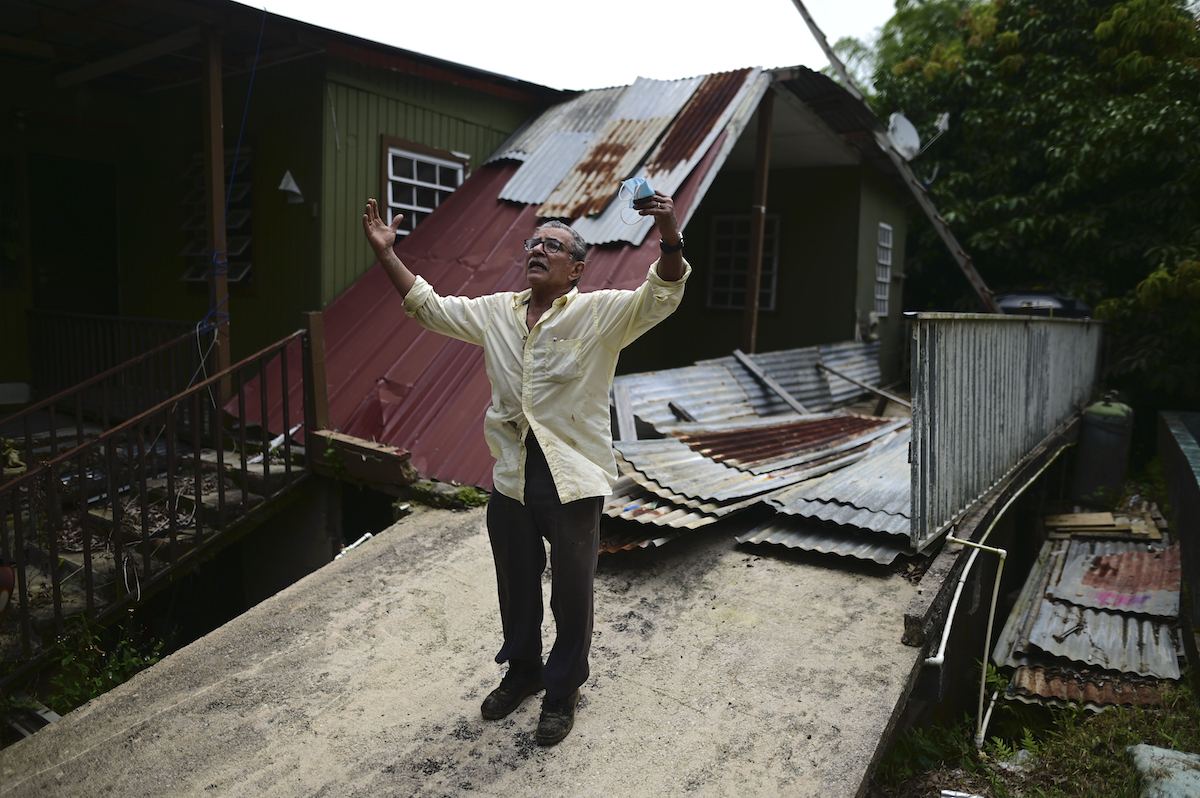 Puerto Rico’s housing secretary, Luis Carlos Fernández, who took over the position recently, said officials have been trying to simplify the process of verifying and approving requests.

Fernández said he doesn’t know if the federal funds received so far will even be enough to help everyone already accepted into the program. He said elderly applicants, disabled people and those who have significant property damage are first in line.

“We’re not going to be finished for years,” Fernández said.

Fernández said that more than 2,600 of the applicants are still using blue tarps instead of roofs. Former Housing Secretary Fernando Gil said in September 2019 that an overall estimated 20,000 to 25,000 so-called ’’blue roofs″ remained across the island.

“We never expected this panorama,” she said. “It’s horrible.”

Among those still waiting is 38-year-old Marián Colón, a single mother of two sons. The hurricane tore off her roof and caused a nearby landslide that put her home in jeopardy, and nothing has been fixed or repaired for nearly three years. During that time, she has bounced from home to home thanks to the generosity of relatives, but she is anxious to settle down. 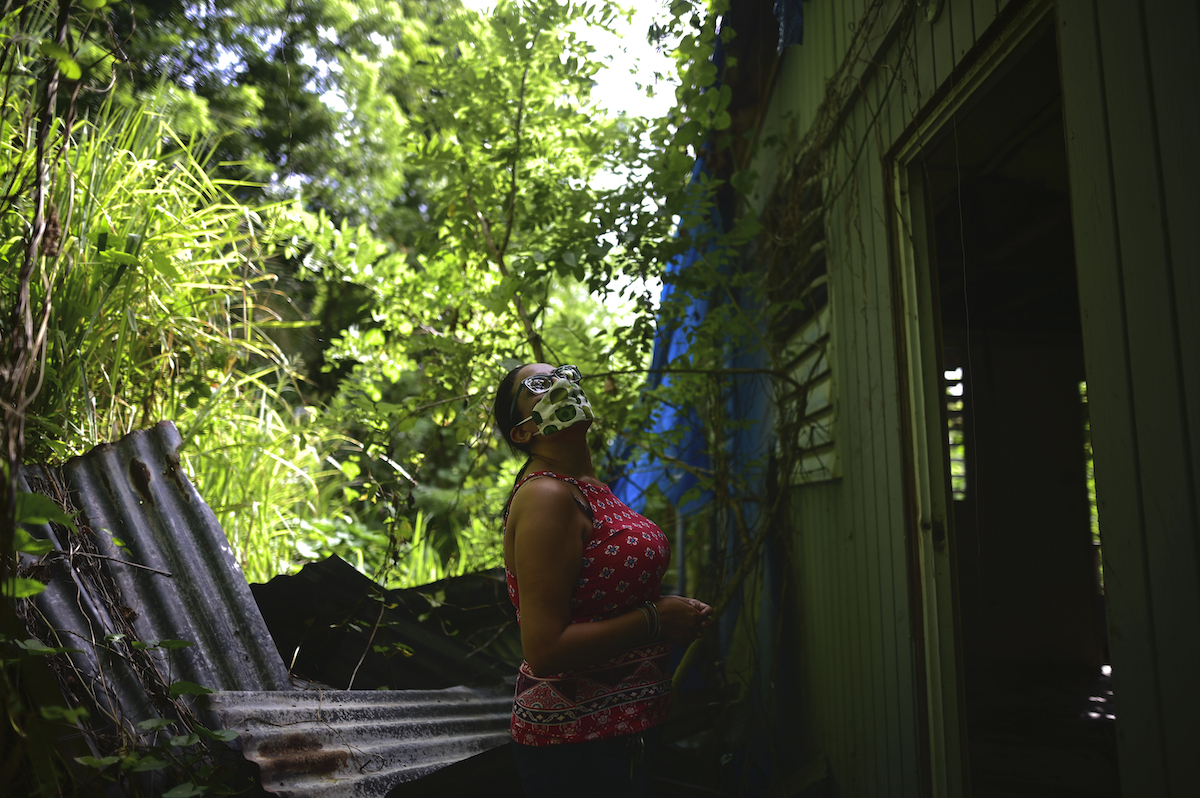 Colón said she knows of several people who applied for the program and gave up after numerous failed tries. She noted some of them don’t have access to the internet or own a car, making the mission nearly impossible.

“It’s been a very exhausting and very overwhelming process,” she said.

Gov. Wanda Vázquez, who ascended to that position in August after the previous governor resigned following protests over corruption and other issues, has said she puts a priority on speeding up the reconstruction of hurricane-damaged homes.

“The excuses were plentiful, and they were unacceptable,” she said. “Our people have waited too long and can’t take it anymore.”