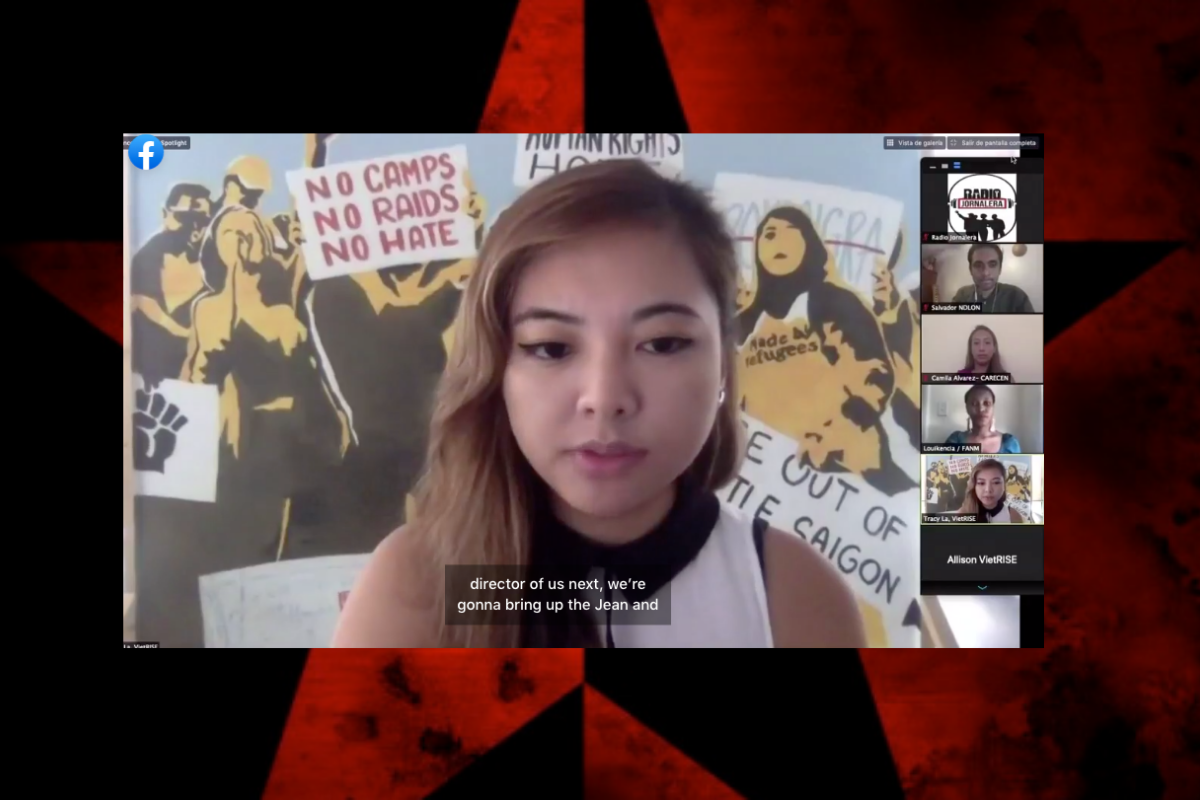 On Tuesday morning, refugee advocacy groups and community organizations throughout the country joined together in a virtual news conference to deliver a statement to the new interim U.S. Immigration and Customs Enforcement’s (ICE) director Tony Pham: “bring human rights home.”

The statement available on the VietRISE page —was signed by advocates from Vietnamese, Central American, and Haitian refugee communities— was delivered online and in-person at the ICE headquarters in Washington, D.C. by a small group of protesters.

“Today, we raise our voices as refugees and the descendants of refugees,” the statement read, “…as organizations that have grown and persevered alongside refugee communities throughout the US; and as witnesses of the wretched treatment of our refugee sisters and brothers from around the world by the Trump administration, by U.S. Customs and Border Protection, and by ICE.”

According to the groups, the appointment of Pham as the new interim director is a known strategy by the Trump administration.

“Trump highlighting a government official’s refugee background, after years of showing nothing but contempt and hatred for refugees, is obviously incongruent,” said Tracy La, Executive Director of California-based organization VietRISE, during the conference. “It’s a familiar political routine used by nativist politicians to divide our communities.”

According to Pham’s bio in the agency’s website, the newly appointed director was born in Saigon and came to the U.S. with his family as refugees in 1975.

“When we came to this nation seeking hope and opportunity as refugees, I signed a promissory note to America,” wrote Pham on his bio. “I owe a debt for my freedoms and opportunities which must be repaid. I do so by committing to my community as a dutiful citizen and to pass along my experiences and opportunities to serve those around me.”

What the Numbers Say

The Trump administration has been criticized for lowering the number of refugees who enter the country by almost to half —from 30,000 to 18,000— last year. The new highest number is an 80% decline compared from Former President Barack Obama’s last year where 110,000 refugees were allowed to enter the country.

Moreover, the number of migrant apprehensions at the U.S.-Mexico border rose in 2019 to 815,508 compared to 396,579 the year before. This increase comes as a growing number of migrants seek asylum, according to a Pew Research Center study. 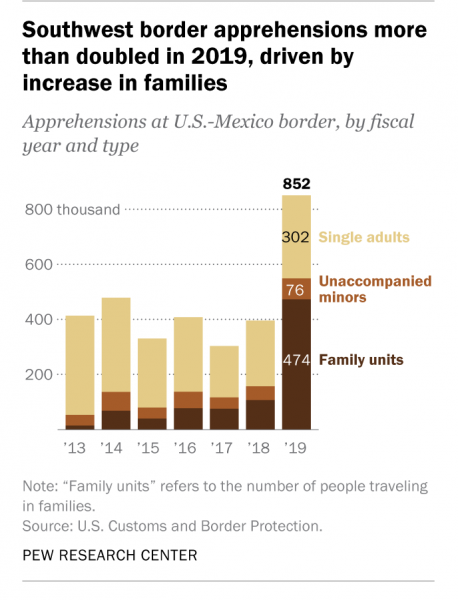 The demographic also changed, where the majority of asylum seekers were traveling families (57%) than single adults. And most of those apprehended were from El Salvador, Guatemala, and Honduras, countries that have been struggling with violence and lack of economic opportunities.

Arrests inside the country also increased by 30% in 2017 after Trump signed an executive order giving ICE a broader authority to detain unauthorized migrants, including those without criminal records. The number also increased in 2018, but decreased in 2019. Yet, these numbers remain lower than Barack Obama’s first term. 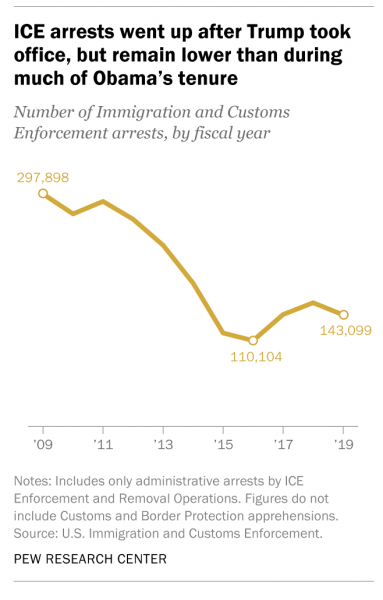 Also, removals (also known as deportations) rose to 17% (337,287) in 2018, which the research indicates is the most recent year for which complete data is available.

The agency, in its most recent year-to-end report, indicated that its removal operations have encountered several challenges, including a growing backlog of cases in the immigration courts and “judicial and legislative constraints” that make it difficult to deport minors and family members. 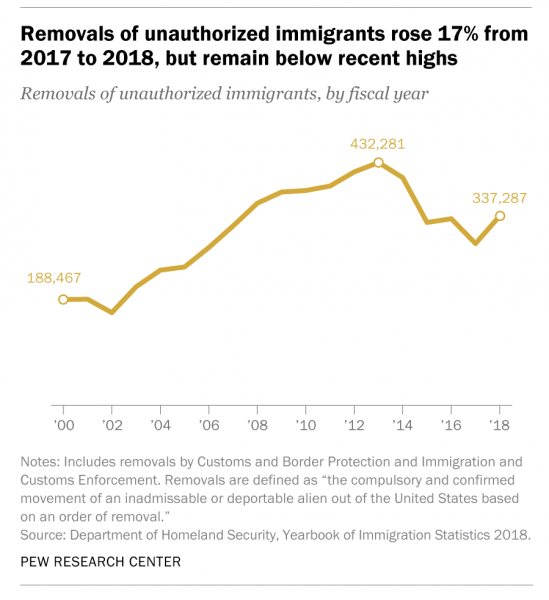 “For starters, if Pham has any loyalty left to refugee families that are living through what his own family and Vietnamese families lived through 45 years ago—he will take strong steps to protect refugees by announcing:  (a.) the release of all those detained in ICE’s migrant prison camps and their immediate closures, (b.) a halt to all deportations during the pandemic, (c.) work to guarantee protections for TPS and DACA holders before January 4, 2021, and (d.) an end to ICE collusion with hate groups. “

“To do otherwise,” read the statement, “would mean turning his back on refugees and siding with the xenophobic, racist worldview that questions our very presence and seeks to make us disappear entirely from this country.”

You can watch the news conference through the National Day Laborer Organizer Network’s Facebook page here.