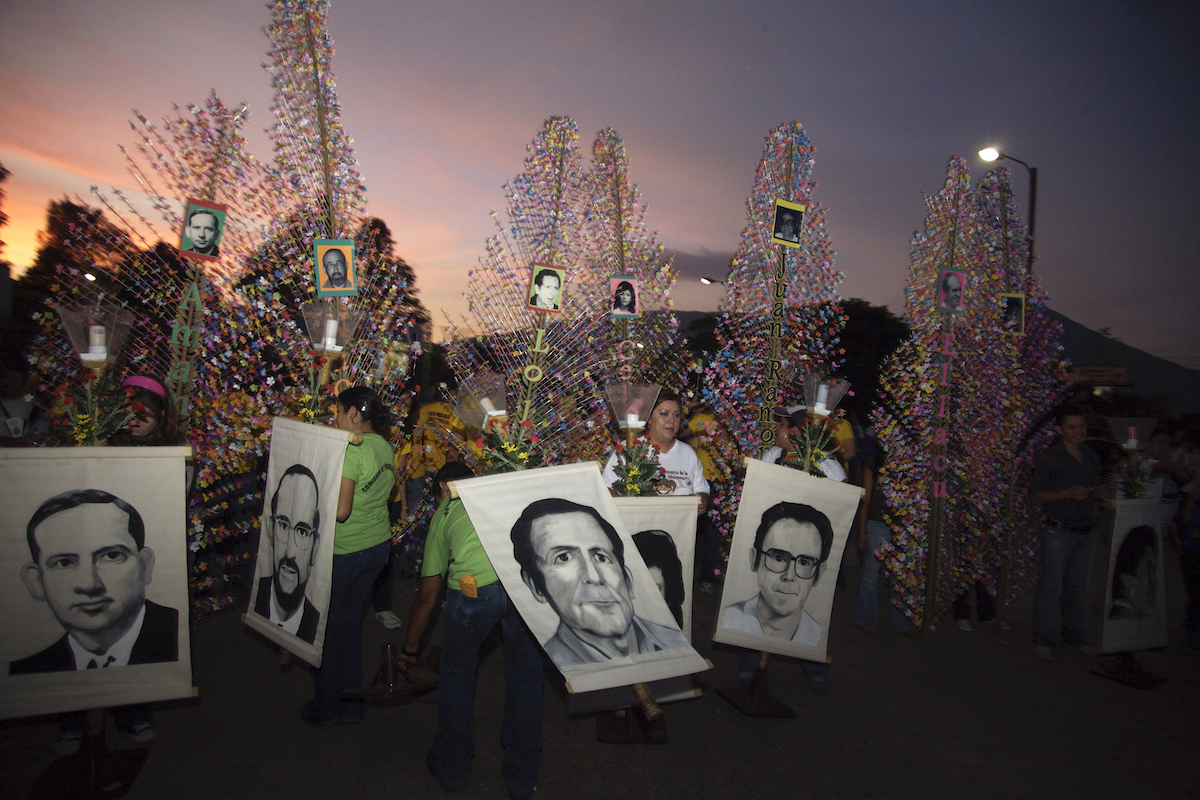 People hold banners depicting six Jesuit priests massacred in 1989, during an act to commemorate the 19th anniversary of their death in San Salvador, Saturday, November 15, 2008. On Thursday, human rights groups asked a Spanish court to indict former Salvadoran President Alfredo Cristiani Burkard and 14 ex-officials over the massacre of the six priests, their housekeeper and her teenage daughter.(AP Photo Edgar Romero)

SAN SALVADOR, El Salvador (AP) — For years, attempts within El Salvador to investigate and prosecute the masterminds of a massacre of six Jesuit priests during that country’s civil war have been delayed and deflected by legal maneuvers.

The sentencing of former Salvadoran colonel Inocente Orlando Montano to 133 years in prison by a Spanish court earlier this month in relation to the case is raising calls once again for El Salvador to deal with this dark chapter in its history.

Arnau Baulenas, a lawyer with the Human Rights Institute at Central American University —a school run by the Jesuits and the site of the 1989 murders— said Montano’s conviction and sentence in Spain showed that the orders came from high up. He blames a lack of political will and resistance within El Salvador’s justice system for being unable to achieve similar outcomes there.

Since El Salvador’s Supreme Court declared the 1993 amnesty established after the war unconstitutional in 2016, Baulenas has been fighting to reopen the case and go after those who gave the orders and who knew about them. 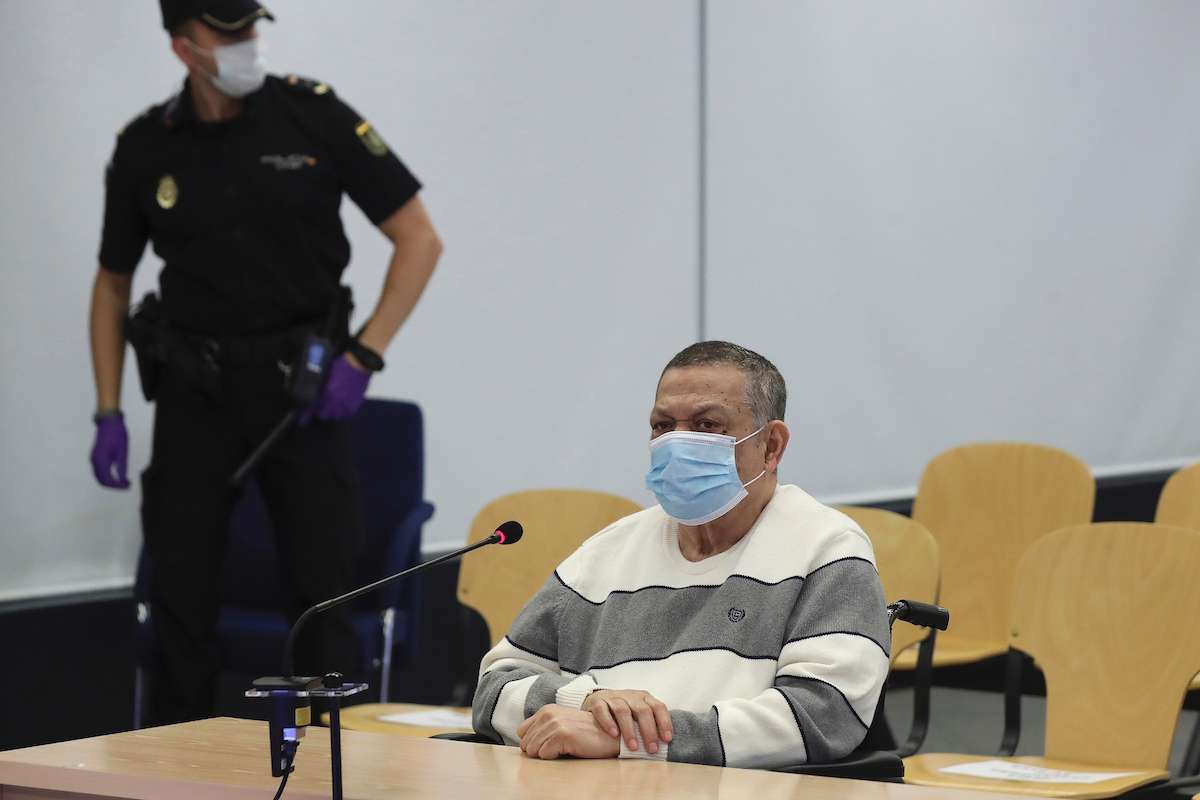 The question of whether to reopen the case remains stalled in the Supreme Court’s criminal chamber. A lower court had ruled that an investigation into the involvement of a group of military officers and ex-President Alfredo Cristiani could go ahead. But the officers appealed and the case made it to the Supreme Court last year where it sits today.

On November 16, 1989, an elite commando unit killed the six priests —five Spaniards and one Salvadoran— their housekeeper and the housekeeper’s daughter in the priests’ campus residence. They tried to make the massacre appear as though it had been carried out by leftist guerillas. The killings sparked international outrage.

Nine members of the military were initially put on trial, but the court absolved seven of them. Two officers served short sentences in El Salvador, but were released in 1993 during the amnesty. After the Supreme Court found the amnesty unconstitutional, a judge ordered one of those officers, Col. Guillermo Benavides, back to prison where he remains.

Baulenas said authorities in El Salvador continue to resist efforts to determine who was involved in planning the murders. He said the university wants to know what Cristiani, as president and commander in chief of the military at the time, knew about the plan to murder the priests.

“It looks more like a complicit court with the goal of protecting people accused of being war criminals,” Baulenas said. “We see it as a threat in the sense that there appears to be complicity with those being processed.”

Current President Nayib Bukele’s office did not immediately respond to a request for comment. Late Thursday, Bukele announced that he was declassifying the archives of another civil war atrocity, the El Mozote massacre, in which soldiers killed nearly 1,000 people in a rural community in 1981.

The Spanish court that sentenced Montano for the priests’ killings called it “state terrorism” carried out by powerful interests, including Cristiani, aimed at “holding onto their positions of privilege within the power structures.” Cristiani has denied any involvement or knowledge of the plan to kill the priests. Attempts to reach him for comment were not successful.

“The truth has to be known and I would ask ex-President Cristiani that if he has nothing to hide, why not come to the court and tell the truth,” Baulenas said. “But it seems he has always hidden behind the military.”