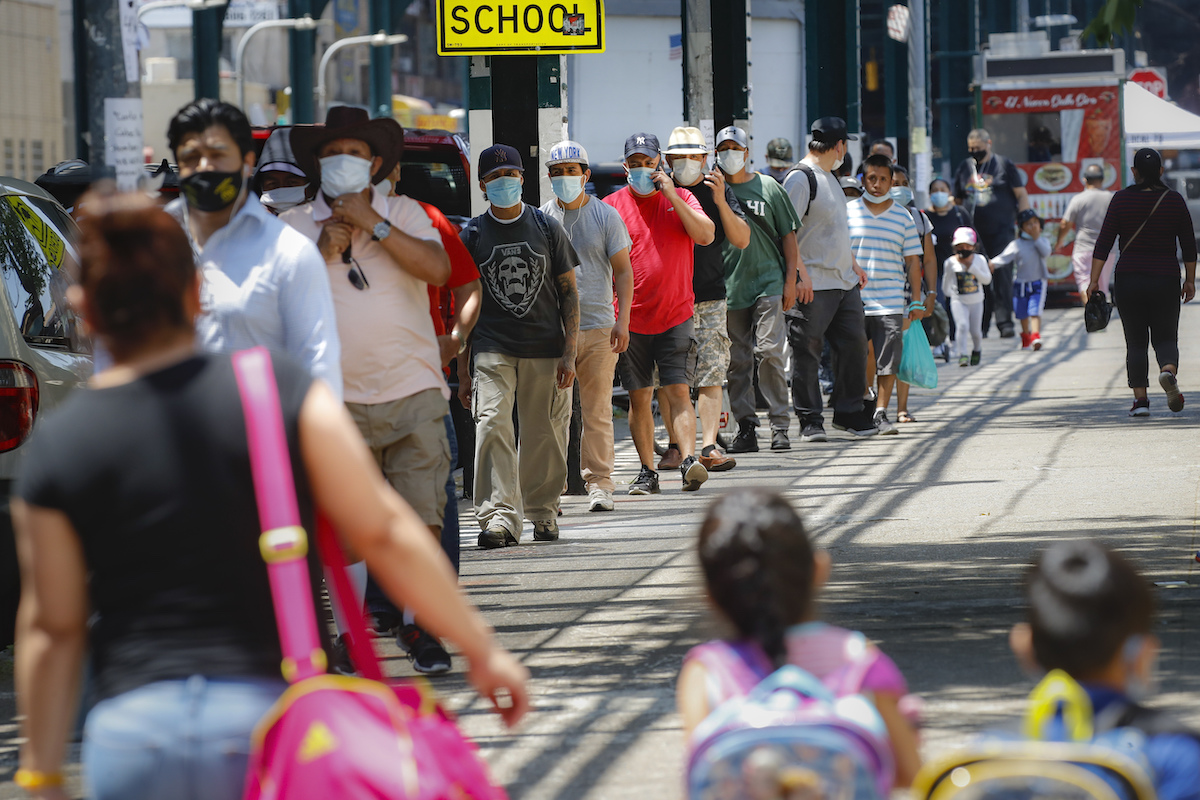 September 15 to October 15 marks Hispanic Heritage Month. This year, it falls right as early voting begins for the 2020 election, where Latinx votes could make a crucial difference.

In this rare moment when we have the country’s eyes and ears, I wish I could just highlight the ways in which we’re thriving and be done with it, but instead I must pair each piece of positive news with a harsh dose of reality.

We are growing as a portion of the U.S. population. There are now 61 million of us here—a fact I can’t acknowledge without also mourning the more than 40,000 members of my community who have perished from COVID-19.

I could also talk about how this year, Latinxs became the largest ethnic voting bloc in 2020. But any discussion of our votes must address the voter suppression we face.

This November, when more votes are expected to be cast by mail than at any other point in this country’s history, we should be concerned about the fact that our absentee ballots are disproportionately rejected.

Compounding that concern is that crucial swing states like Arizona, Texas, Georgia, and Florida, any of which could tilt the balance of power in the 2020 presidential election, all have documented histories of suppressing Latinx voters.

Then there’s our money. Not only have U.S. Latinxs experienced steady growth both in terms of overall population and size of the electorate, we’ve also expanded our share of the U.S. economy.

That said, it’s hard to relish any of our recent gains since the pandemic flipped our economic world upside down. COVID-19 hit the Latinx community particularly hard—we now have the highest unemployment rate of any racial or ethnic group.

Nevertheless, we are a resilient bunch. Latinx unemployment has continued to decrease every month since its peak in April.

And I haven’t even mentioned that police continue to kill us, along with Black people, at frighteningly disproportionate rates, and with impunity. Since 2015, 936 Latinxs have been killed by police — a fact that should get more attention now that the Black Lives Matter movement has put a giant spotlight on police misconduct.

It’s been a hard year. We’re digging our way out, but without intentional policy solutions, that process will be much slower. So, what do we need?

For starters, a health care system that prioritizes care over profits. We know that at least 10 million Latinxs are uninsured. If it weren’t for health insurance being too expensive, tens of thousands of us would likely still be alive, and we wouldn’t be hospitalized at disproportionately high rates from COVID-19.

We could also pass the Voting Rights Advancement Act, which the House passed last year and is one of a seemingly endless pile of bills sitting on Senate Majority Leader Mitch McConnell’s desk. The Act would reestablish critical protections for folks in states with histories of voter suppression.

Two more bills dying on McConnell’s desk that would work wonders for us and all Americans are the Heroes Act and the Justice in Policing Act.

The Heroes Act would provide $3 trillion in coronavirus relief to workers struggling to make ends meet, pay their rent or mortgage, and put food on the table. And the Justice in Policing Act would outlaw choke holds, institute a national database for tracking police misconduct, and ban no-knock warrants, among other reforms.

Is this a lot to ask for? Of course it is. But we give a lot too.

To me, honoring Hispanic Heritage Month shouldn’t simply be about eating our food, enjoying our music, or celebrating our past. It should be about protecting our future.