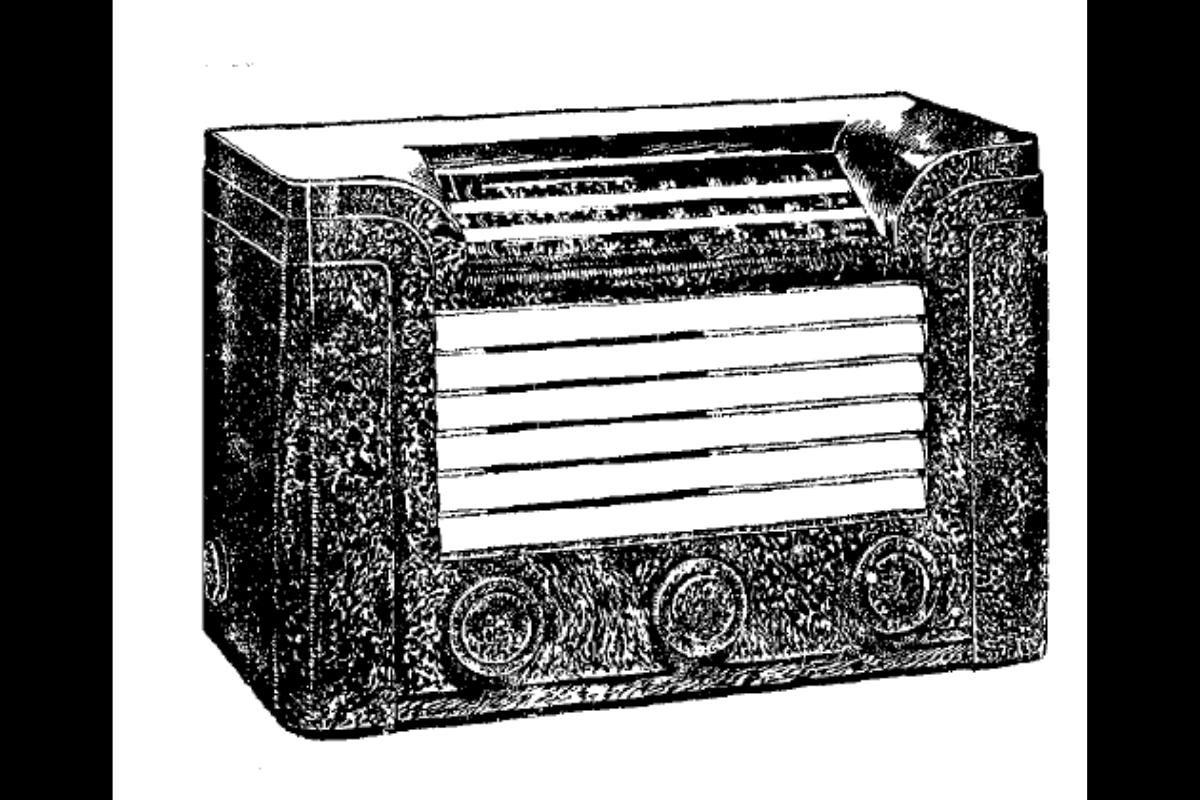 LAS VEGAS — As I mentioned the other day, my suegro has been staying with us, showing me how to work a hammer and saw and all that. But what I forgot to add is that, since we’ve been doing DIY most days, I’ve also been listening to more Spanish music than I have in my entire life—that is to say, Spanish-language music, not necessarily from Spain.

I was raised mostly on White-American culture—well, Black-American culture actually, but White-American culture, too. My early memories of living around Humboldt Park are scored with conga drums, brass horns and jazz piano, and I remember hearing Selena and Gloria Trevi coming out of the truck radio whenever we rode with my Mexicanized Honduran aunt, but that’s pretty much it. The bulk of my childhood was dominated by pop music, hip-hop culture, all the classic nineties white music —Nirvana, Alanis, Counting Crows, et. al.— R&B, neo-soul. English music, in other words, by which I mean English-language music, not necessarily music from England. My biggest music influence, then and now, is Michael Jackson, just to give you some sense of where I’m coming from. (I can’t “mute” him now, and I don’t think he did any of that nasty stuff anyway, but that’s just me.)

I’ve often told the story of when Selena died: I must have been in fourth or fifth grade and didn’t even know who she was or that she had died. All I remember is the Mexican girls coming to school heartsick in these t-shirts with Selena’s face on them, and since I’d never even seen her face before, and because I lived in a pretty rough part of town, I figured someone’s older sister or cousin had been shot in a drive-by—a tragedy, either way.

If it were up to him, my suegro would just play Marco Antonio Solis all day—I think it’s the only music he knows how to play on his phone. I can only take so much of those sentimental power ballads, and I feel as though I’ve heard them on loop since I don’t know when. Even now, writing this in the dull quiet of the room, with only the low hum of the A/C unit outside floating in from the window, I can hear Marco Antonio Solis’s voice crescendo in the pit of my mind: “No hay nada más difícil que vivir sin ti…”

To keep from pressing the nail gun against my temple, I decided we would play something else on the new Bose Soundbar 700 (#SoftFlex). First I played a classic rock playlist on Spotify, but after a few hours my suegro glanced up at me midway through the guitar solo in “Free Bird,” a long piece of moulding in his hands, and said gently in Spanish, “You know what, Hector, this music gives me anxiety.” I laughed—my wife says the same thing about Hendrix. “This is what the White workers listen to,” I told him. “It gives me energy.”

But oh well. With classic rock a bit too much, I tried one of SiriusXM’s Spanish music channels. The old man is in his sixties, so I figured a channel like Viva would be out of the question, since a guy who likes listening to Los Bukis on loop probably doesn’t know what a Becky G is. Águila, a channel which markets itself as “Regional Mexican Music,” is more the speed of a man like my father-in-law, a Juan-of-all-trades from the proud State of Chihuahua. If it is possible to feel another person’s ears perk up, I felt it as soon as the Norteña banda music poured from the speaker.

There must be something in the sound of an accordion and a sousaphone that locks Mexican men into the task in front of them. It’s as though my suegro had been hypnotized way back, so that whenever he heard Norteña music, a switch in his head would flip, and he wouldn’t stop working till his belly said it was lunchtime, at which point he would require beans, tortilla, and a bit of pork, para cargar las pilas.

The problem I soon discovered with Águila is that whoever is in charge of the music over there only likes a dozen or so songs: “De Ti Me Enamoré” by Banda El Recodo, “Ahora Que Me Acuerdo” by La Arrolladora Banda El Limón De René Camacho, the pleasantly Parisian “Aquí Abajo” by Christian Nodal, “Tú” by Carin Leon, “El Envidioso” by Los Dos Carnales, “Lo Que Nunca Será” by La Adictiva Banda San José de Mesil, “En Las Buenas Y En Las Malas” by La Maquinaria Norteña, and my bête noire, “Cómo Te Extraño, Mi Amor” by Pedro Fernández—a song so sappy and sweet, it makes my teeth hurt. The one bright spot was “Qué Maldición” by Banda MS featuring the Snoop Dogg, but that got played out quick, especially since they repeated the hook during every commercial, turning a novelty into an annoyance.

The songs are pretty good in and of themselves, especially that “Ahora Que Me Acuerdo”—I like a swinging corrido about getting drunk or high (corridos verdes), a preference which began when the DJ at a quinceañera played “Mi Último Deseo” by Banda Los Recoditos. But just as with Marco Antonio Solis, I can only listen to a dozen songs on loop for so long without feeling my mind beginning to snap like a cheap piece of plywood.

I realize satellite radio is still radio, and radio is notorious for replaying the same four or five hits over and over again—I think they call them “hits” because the stations get paid to keep hitting listeners with the same songs till they submit. But some XM channels know how to keep things fresh. Whoever’s in charge over at SiriusXM Fly, for one—the home of nineties and 2000’s hip-hop and R&B— knows how to mix things up, playing deep cuts and the otherwise long-ago forgotten (though even they get stuck in a rut at times).

Have a listen. If you think I’m missing something—and I’m sure I am—let me know. I’m in constant need of good music I haven’t heard, but who has time for digging?

This past Monday my wife was working from home, sitting at her desk in the office nook just off the living room, on a call with one of her henchmen, when “El Sonidito” by Hechizeros Band came over the Bose speaker at an inordinately loud volume. I heard her snapping her fingers and glanced up to see her, all wide-eyed and panicking, shoving a finger toward the speaker.

“What, you don’t want people knowing you’re Mexican?” I asked once she was off the phone.

“Of course not,” she said. “It’s all about appearances—especially in business.”

My wife isn’t the only Mexican businesswoman I know who hides her Mexicanness from the public, settling for the distinction of being vaguely Latino, or merely ethnic. With an anti-Mexican, anti-immigrant, anti-Latino man in the White House who is still insanely popular, Latinos can be sure that this country is nowhere near being a safe space for Latinoness, much less a supportive one. To be Mexican is even riskier, for what Mexican means in the American mainstream—and a Mexican woman, riskier still. We do our best to limit the layers of oppression thrown over us like so many San Marcos blankets.

If Latinos are accepted anywhere, it’s only as a token of diversity and multiculturalism, not for actual leadership—especially not a woman. They rarely let white women lead; you think they want a mejicana in charge of anything besides cleaning the floors and making the guacamole?

Last week, I was listening to Songs by an Immigrant, in preparation for my latest podcast with the composer, Jaime Lozano, himself a native of Monterrey. The album features a song titled “You Gotta Change Your Name,” in which Hamilton‘s Mandy Gonzalez sings about an agent recommending she change her name if she hopes to make it in show business. The song reminded me of how my wife used to tell people her name was “Vanessa,” since to this day most people find it nearly impossible to pronounce her actual name, which is the Spanish word for dew.

Every Latino has an English way of pronouncing his or her name—and, sometimes, a different name entirely.

I may have thought about changing my name, back when my résumé was getting rejected left, right and center. Studies have shown that a name like “Hector Luis Alamo” is unlikely to receive any callbacks, specifically in professional settings. But since I’m a writer, which is technically in the arts, I figured my name could be an asset, the exotic having a certain allure among artsy-fartsy types.

Yet, and I don’t mean to be that Afro-Latino, but I can’t help suspect that my skin color has something to do with my lack of acceptance in the wider media world. To have a name like “Hector Luis Alamo” is risky enough, but to be Black on top of it is to bear the mark of Cain. Afrolatinidad is given token praise by woke Latinos, but Black Latinos aren’t actually accepted outside of sports, and only a bit in the arts, for a splotch or two of color. What leads us to believe, after all, that the best reggaetoneros and bachateros are white?…

If woke Latinos are truly enlightened, then they must face the reality that they, too, are racist in spite of themselves. To be raised under a racist system means every mentality is stained to varying degrees with the fear—expressed as hatred, or at the very least disdain—of dark skin.

As a Black Latino, proving that I not only know as much as most Latinos, but possibly much more, is a long uphill march, one that should keep me busy for the rest of my life. Changing my name won’t help anything—my skin color will always fluctuate between brown sugar and coffee bean, changing with the seasons. And even if I could replace my color for something light, I wouldn’t dare. I’d rather be rejected for who and what I am, than to be accepted, or even celebrated, otherwise. Because who or what would the world be celebrating then? Not me.

As the great Tupac Shakur once said: “Fuck the world if they can’t adjust. It’s just as well.”