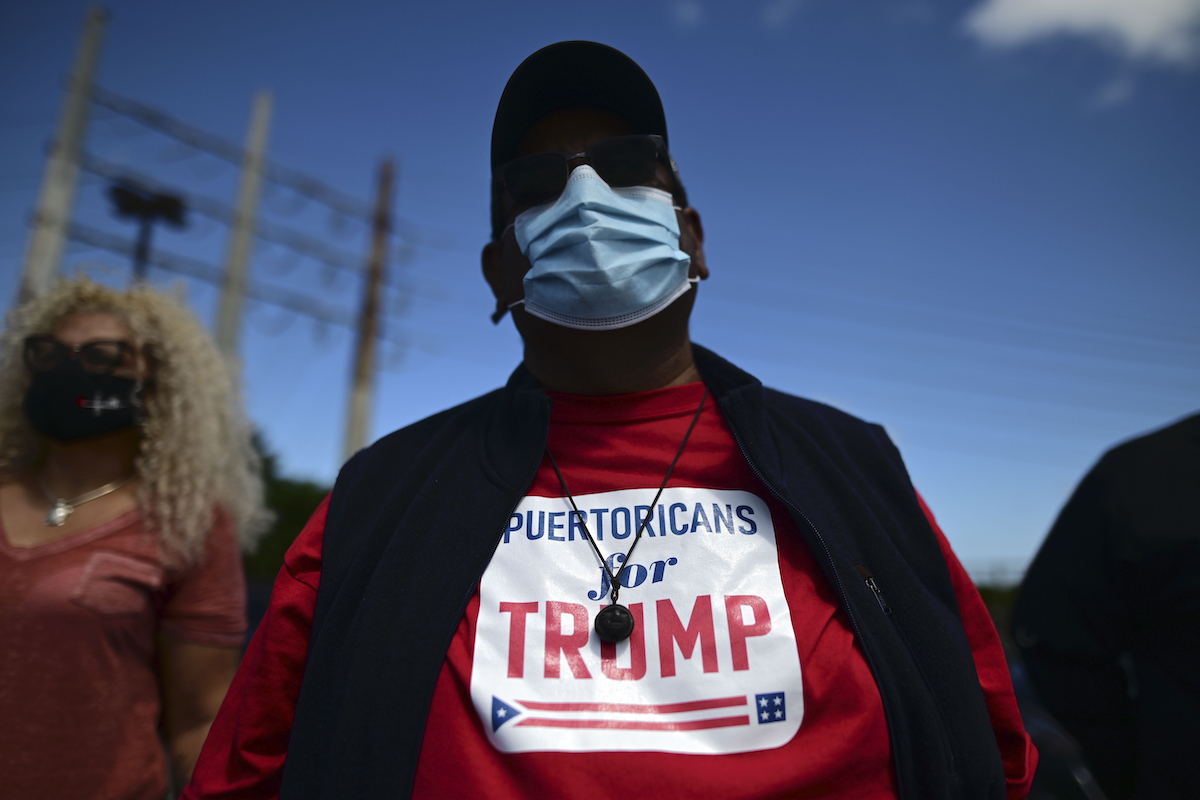 Supporters of president Donald Trump gather moments before leaving for the headquarters of the Republican party in support of his candidacy a few weeks before the presidential election next November, in Carolina, Puerto Rico, Sunday, October 18, 2020. (AP Photo/Carlos Giusti)

Puerto Rico’s upcoming referendum on November 3, in which voters will be asked if Puerto Rico should be admitted immediately as a state, has spawned false narratives within the Republican Party about the ramifications of granting statehood to the U.S. territory.

President Donald Trump and some Republican senators like Majority Leader Mitch McConnell (KY) and Martha McSally (AZ) have rejected statehood for Puerto Rico out of their impression that the archipelago will be a solidly blue state that will permanently incline the Senate’s balance of power in favor of the Democrats.

Aside from shamefully disenfranchising three million U.S. citizens out of political expediency, the anti-statehood posture of these GOP leaders is baffling because it is based on erroneous presumptions and its adoption will inflict long-term damage on the GOP.

More so, the chair of the Republican Party of Puerto Rico, Congresswoman Jenniffer González, is the island’s most favored politician and she is on track to a comfortable re-election as Puerto Rico’s sole member of Congress against a liberal former governor.

Delgado Altieri’s adoption of stances that are more conservative than those of his pro-statehood rival, Pedro Pierluisi, is indicative that the PDP recognizes the center-right tilt in the Puerto Rican electorate and is trying to exploit it. The formerly liberal PDP is unabashedly in the hunt for rural, conservative Puerto Rican voters in hopes of rebranding its coalition and winning the 2020 Puerto Rican elections.

The fact that Puerto Rico has a vast conservative electorate, and the grand majority of these voters support statehood, begs the question of why the GOP would even consider alienating a future constituency. The Republican Party of Puerto Rico was founded in 1899 to achieve statehood. Betraying that cause would only disgruntle legions of Puerto Rican Republicans, many of who harbor a pro-statehood fervor that is stronger than their Republican identification. The GOP cannot reasonably expect Puerto Rican Republicans to blindly support the party if it tramples on our heartfelt aspirations and our rights.

The myopia of anti-statehood GOP senators also hinders Republican prospects in Florida. Central Florida has a bulging Puerto Rican population along the I-4 corridor that overwhelmingly supports statehood and is especially tuned to how the national parties conduct themselves on the issue of statehood. Rejecting statehood will only disgruntle large swaths of this key electorate in a pivotal battleground state. Ironically, unfounded GOP fears of a blue Puerto Rico may turn Florida blue.

My point is not to suggest that Puerto Rico will be a red or blue state. Puerto Rico will be competitive for both national parties, and especially so for the party that doubles down in its support for statehood. As for the GOP, Puerto Rico presents a great opportunity. Why some GOP leaders want to recklessly surrender a future battleground state, while also placing Florida at risk, is beyond comprehension. 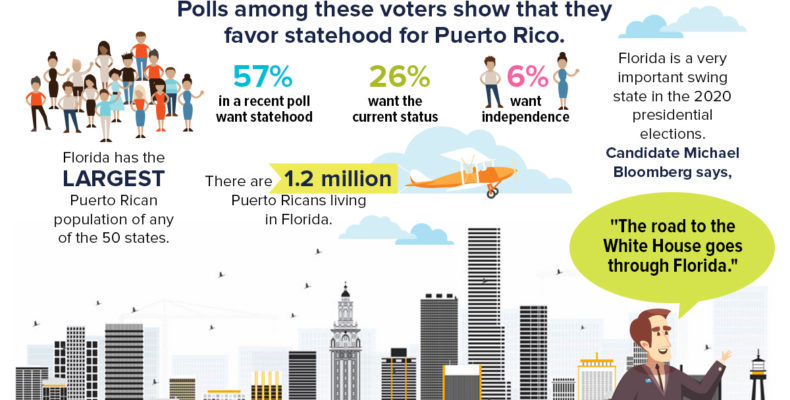 In the final analysis, the rights and aspirations of the people of Puerto Rico should not be toyed with out of political expediency. Puerto Ricans are proud U.S. citizens who pay taxes, serve valiantly in the U.S. military, and have twice requested statehood in hopes of attaining a better quality of life. Upon doing so again on November 3, Puerto Ricans will deserve to have their mandate for change honored by Congress.

However, since wrong impressions can alter reality and some GOP leaders evidently require assistance with their understanding of Puerto Rican politics, let’s reject the false notion that Puerto Rico will be a solidly blue state and correctly identify it as a future battleground for the GOP.

José A. Cabrera, an attorney and U.S. Army veteran, is Co-Chairman of the Puerto Rico Young Republican Federation and tweets from @CabreraCostas.