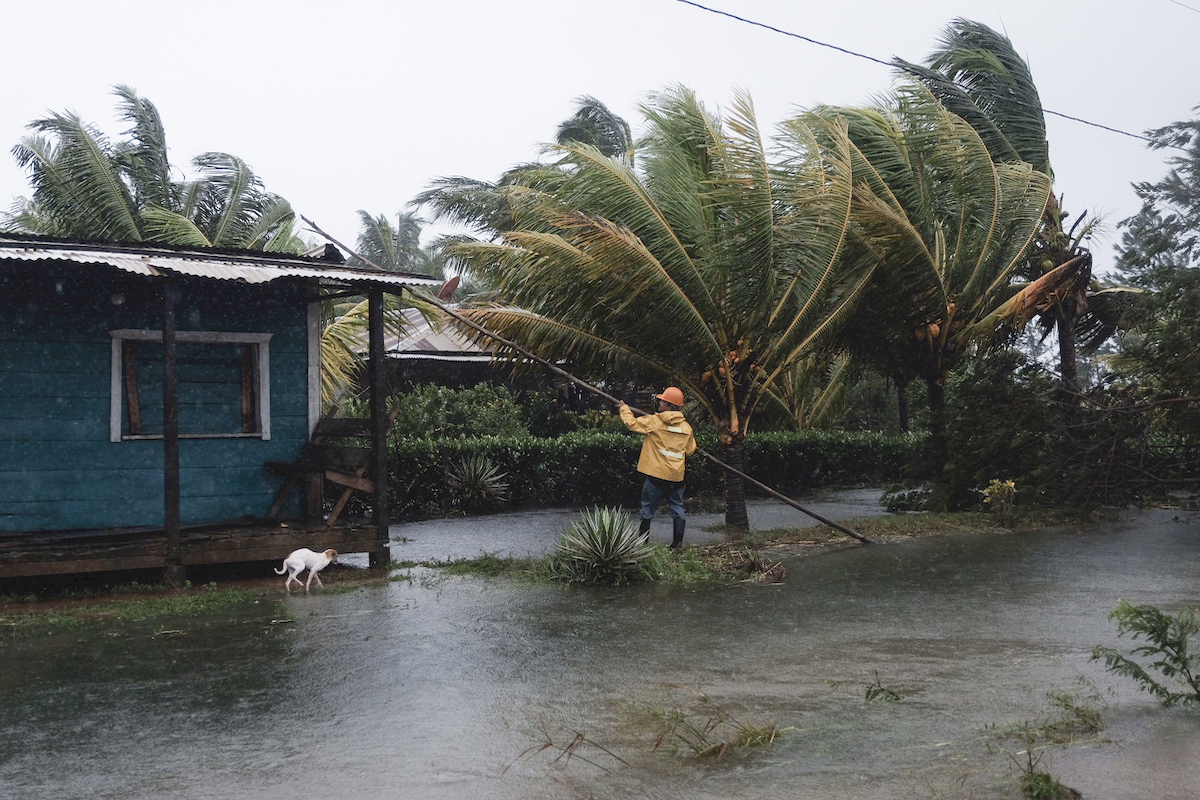 A man fixes the roof of a home surrounded by floodwaters brought on by Hurricane Eta in Wawa, Nicaragua, Tuesday, November 3, 2020. (AP Photo/Carlos Herrera)

MANAGUA, Nicaragua (AP) — Tropical Storm Eta spun through northern Nicaragua Wednesday after lashing the country’s Caribbean coast for much of the past day, its floodwaters isolating already remote communities and setting off deadly landslides that killed at least three people.

The storm had weakened from the Category 4 hurricane that battered the coast, but it was moving so slowly and dumping so much rain that much of Central America was on high alert. Eta had sustained winds of 50 mph (80 kph) and was moving westward at 7 mph (11 kph).

The long-term forecast shows Eta taking a turn over Central America and then reforming in the Caribbean—possibly reaching Cuba on Sunday and Florida on Monday.

Eta came ashore Tuesday afternoon south of Bilwi after stalling just off the coast for hours. The city of about 60,000 had been without power since Monday evening. Corrugated metal roofing and uprooted trees were scattered through its streets. Some 20,000 of the area’s residents were in shelters.

Inland, about 100 miles (160 kilometers) west of where Eta made landfall, two gold miners were killed when a mountainside unleashed tons of mud Tuesday morning. A third miner escaped the slide and sought help.

One body was recovered before rescuers had to suspend recovery efforts due to nightfall and there were fears that more slides could occur as the rain continued, said Lt. César Malespin of the Bonanza Fire Department. Bonanza was getting lashed by strong winds and torrential rain, he said.

The storm also has been drenching neighboring Honduras with rain since at least Sunday, and the country reported its first storm-related death on Tuesday. A 12-year-old girl died in a mudslide in San Pedro Sula, the main population center in northern Honduras, said Marvin Aparicio of Honduras’ emergency management agency. 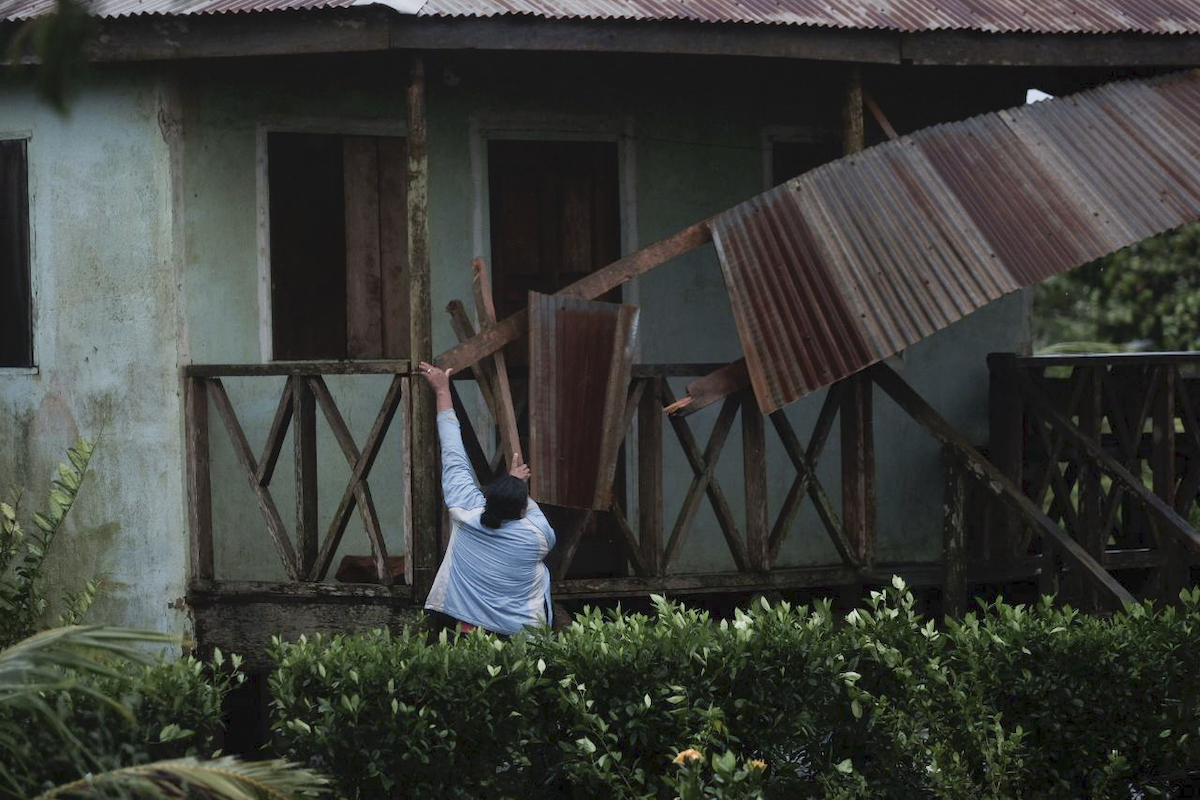 In Honduras, at least 559 people had to move to shelters or go to relatives’ homes to escape flooding, he said. At least 25 people had been rescued, he said. His agency reported at least six rivers causing significant flooding.

Forecasters said central and northern Nicaragua and much of Honduras could get 15 to 25 inches (380 to 635 millimeters) of rain, with 35 inches (890 millimeters) in isolated areas. Heavy rains also were likely in eastern Guatemala, southern Belize and Jamaica.

The quantities of rain expected drew comparisons to 1998’s Hurricane Mitch, one of the most deadly Atlantic hurricanes in history. The U.S. National Hurricane Center says Mitch led to the deaths of more than 9,000 people.

Nicaragua’s remote northeast where Eta made landfall was already isolated before the storm. Crossing the wide Wawa river to reach Bilwi, the main city in the region, requires riding a ferry, which had suspended operations as the storm approached, making driving to the impact zone impossible.

Cairo Jarquín, emergency response project manager in Nicaragua for Catholic Relief Services, said the immediate concern in northeastern Nicaragua after the storm’s passage would be getting water and food to those remote communities.

The majority of the region’s inhabitants are Miskito, who live through subsistence farming or fishing, Jarquín said. Most of their homes are simple wooden structures concentrated in riverside communities that likely suffered heavy damage. They depend on hand-dug wells for drinking water, which he feared would be contaminated by floodwaters.

As the storm continued west toward Nicaragua’s mountains and the border with Honduras concerns grew that it could have devastating impact on the country’s coffee crop —a key export— just as the harvest was set to begin.

Eta already led Honduras to cancel a long weekend that had been scheduled to begin Wednesday. The extra-long weekend was supposed to spur tourism and help the economy strangled by the coronavirus pandemic. Instead, Eta promised to bring several more days of rain to the region.

In the Pacific, Tropical Storm Odalys continued to move across the open ocean and posed no threat to land.