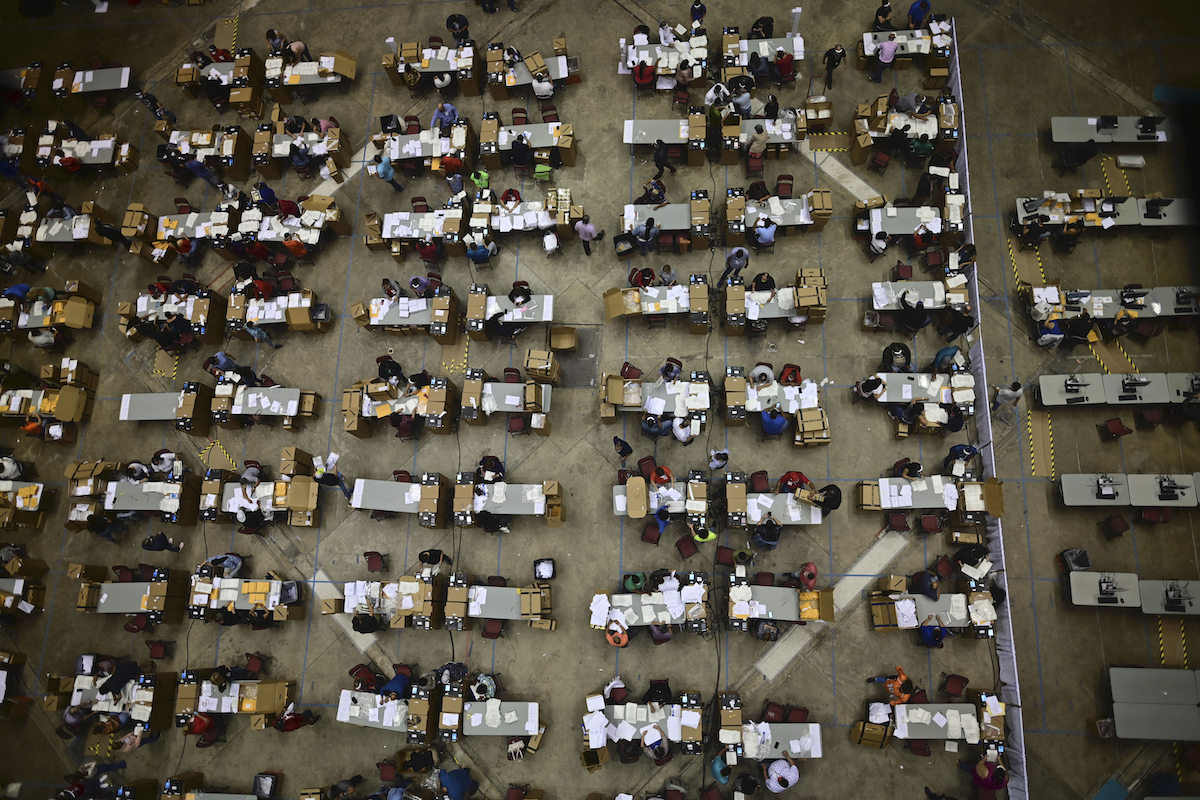 SAN JUAN — A week after Puerto Rico’s Election Day, missing election boxes, stolen memory cards, and a crashing election results website have led to even more public distrust against the island’s electoral commission. The agency has been struggling to get back up after the mismanagement of the primary elections in August and is now facing criticism again for their officials’ carelessness.

A total of 182 electoral boxes full of uncounted ballots were found on November 10. At first, social media speculated that it was only 100 boxes and the number quickly increased to included the approximately 7,000 ballots from absentee ballots, mail-in votes and ballots added manually that were not counted on Election Night. The State Electoral Commission (known by its Spanish acronym of CEE) quickly stated that all those specific ballots would be added in the general vote review.

The Puerto Rico Elections Commission President says the FBI asked him if the 182 boxes of uncounted ballots involved fraud. The president said he told them no. He believes incompetence is to blame. As of now, the boxes have been opened. There may be as many as 3,000 ballots. pic.twitter.com/23a7LEECYu

Before news of the missing ballots, CEE President Rosado Colomer told El Nuevo Día that up to five electoral precincts could not transmit their results on Election Night, adding that three memory cards with results had been lost.

“We know how many precincts there are,” Rosado Colomer said. He confirmed to the paper that they had the ballots and they would be counted by hand.

Vilma Rosado, CEE President of the Administrative Board for Absentee and Early Ballots (known by its Spanish acronym JAVA), was fired by Rosado Colomer after the shocking revelation of the missing electoral boxes last week.

Rosado Colomer also asked the Office of the Inspector General (OIG) to audit the management of ballots for the general election after Nicolás Gautier, the Popular Democratic Party (PPD) electoral commissioner, requested an immediate investigation of inconsistencies in the number of absentee and early vote ballots.

Gautier ended up resigning from his position on November 13, with PPD President Charlie Delgado quickly replacing him with Gerardo “Toñito” Cruz just a few minutes later. Cruz worked as the electoral commissioner for the party back in 2004 to 2008, under Anibal Acevedo Vilá.

People on social media were quick to say that Manuel Natal had sounded the alarm on the missing votes before the missing electoral boxes were exposed. Natal, one of the front-runners in the mayoral race for San Juan, claimed on November 7 that not all the votes had been counted in San Juan and that votes were missing.

“Our stance, not only as a candidate but as a movement, has been the same since the first day,” Natal told Latino Rebels. “All the votes have to be counted and our commitment, in my campaign’s case, to the people of San Juan is that for all the votes that were legally cast, we will use everything at our disposal to make sure that they’re counted, regardless if those votes benefit me or benefit other candidates.”

Natal also alleged that Miguel Romero (currently in the lead for San Juan mayor) and his campaign has been asking to stop the vote count in San Juan and to declare Romero as the winner. Romero has stated that he is the mayor-elect of San Juan based on the preliminary results of the election and has already created a transition committee, though Natal told Latino Rebels that the remaining votes that need to be counted will fall in the margin for a recount for the San Juan mayoral race and that the CEE did not have the authority to issue the preliminary certification.

Latino Rebels was unable to reach Romero’s campaign for comment.

Regardless of the missing votes that have yet to be counted, political parties on the island are already planning their next moves to take control. Pedro Pierluisi, gubernatorial candidate for the New Progressive Party (PNP) and the current front-runner, has already announced his transition committee. At the press conference announcing it, he also stated that the found electoral boxes did not have ballots for the gubernatorial race but recognized that they’re still waiting on gubernatorial votes that were added manually to be counted.

Pierluisi, along with re-elected Resident Commissioner Jenniffer González, is also pushing Congress to recognize the results of the statehood plebiscite, which won 52%-47%. The U.S. Department of Justice refused the federal funding for the plebiscite back in September and noted issues of the plebiscite’s wording.

The PPD has also made announcements for leadership in the legislature, launching efforts for agreements with minority parties that would results in an overall majority. After days of party in-fighting, the Populares picked Rafael “Tatito” Hernandez to lead the House and José Luis Dalmau to preside over the Senate.

Still, this election brought new and old blood back into the legislature, with the Puerto Rican Independence Party (PIP) getting 10% of votes for at-large representative Rep. Denis Márquez and 11.3% of the vote for at-large María de Lourdes Santiago. In addition, four legislators from Movimiento Victoria Ciudadana (possibly five if the general vote count closes the margin and causes a recount in San Juan’s 3rd district of San Juan) and two from Proyecto Dignidad, which could end up being key allies to the island’s majority PPD party.

The general vote review of the electoral boxed was slated to begin last Thursday afternoon, but this kept getting pushed back due to the ballots and official tally not matching up. Metro journalist Adriana De Jesús Salamán found that 46,003 uncounted ballots were in 125 electoral boxes. Vote review director Ferdinand Ocasio confirmed this last Friday evening, saying that the boxes contained 8,927 gubernatorial ballots, 11,491 legislative ballots, 12,738 municipal ballots, and 12,847 plebiscite ballots.

The general vote review could last up to a month to tally up the final results.

Isabella Philippi Cámara is a freelance journalist who has worked for GFR Media, and is currently a senior at Ohio University studying communications. You can find her on Twitter @iphilippicamara.