Abortion activists participate in a demonstration for the decriminalization of abortion, outside Congress as lawmakers debate a bill on its legalization, in Buenos Aires, Argentina, Thursday, December 10, 2020. (AP Photo/Natacha Pisarenko)

BUENOS AIRES, Argentina (AP) — Argentine lawmakers on Thursday debated a bill that would legalize abortion in most cases as demonstrators for and against the initiative gathered in separate areas outside the congress building.

The bill, backed by President Alberto Fernández, appeared headed for approval by ruling party lawmakers in the lower house, but the outlook in the Senate was less clear. Two years ago, during the administration of more conservative President Mauricio Macri, the Senate voted against a similar bill to legalize abortion after it was narrowly approved by the lower house.

“I’m so excited. It is a historic demand and it has to do with solving a public health problem,” Laura Salomé, an abortion rights activist, said outside congress. She said she was hopeful the bill would become law this time because of the support of Fernández.

The Roman Catholic Church in Argentina appealed to legislators for “a second of reflection on what respect for life means,” echoing the position of Pope Francis, an Argentine, that abortion is part of today’s “throwaway culture” that doesn’t respect the dignity of the unborn, the weak or elderly.

Latin America has some of the world’s most restrictive abortion laws. Mexico City, along with Cuba and Uruguay, are among the few places in the region where women can undergo abortions during the first 12 weeks of pregnancy regardless of the circumstances.

Currently, many women who have an abortion in Argentina, as well as people who assist them with the procedure, can face prosecution. Exemptions are only considered in cases of rape or if pregnancy poses a risk to the mother’s health. The bill being debated would allow abortions to be carried out up to the 14th week of pregnancy. 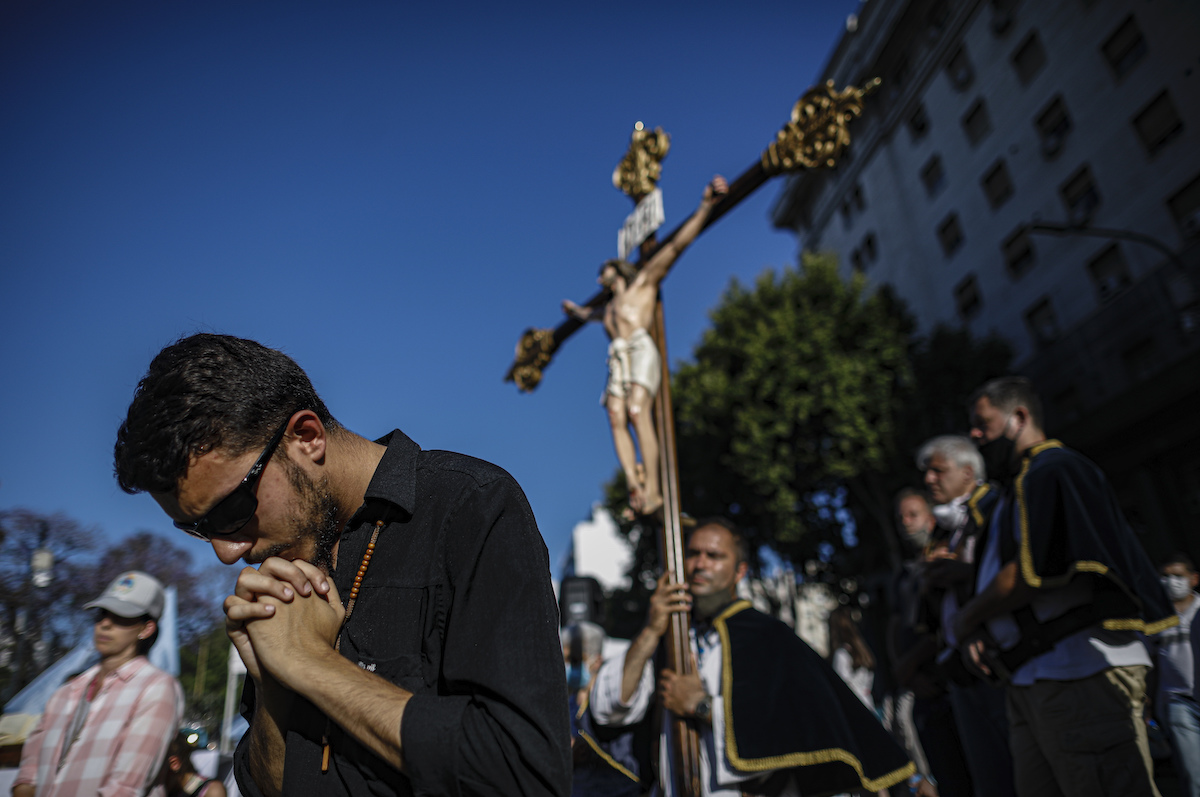 An anti-abortion activist prays during a demonstration against the decriminalization of abortion, outside Congress as lawmakers debate a bill on its legalization, in Buenos Aires, Argentina, Thursday, December 10, 2020. (AP Photo/Natacha Pisarenko)

One of Fernández’s promises during his election campaign last year was to push for the legalization of abortion. He took office in December 2019.

Several thousand women seeking abortions have died during unsafe, clandestine procedures in Argentina since 1983, and about 38,000 women are hospitalized every year because of botched procedures conducted in secrecy, according to the government.

On Thursday, dozens of members of a group called the National Campaign for the Right to Free and Safe Legal Abortion gathered near congress and followed the lawmakers’ debate on large video screens set up outside the building. They wore green, in contrast with anti-abortion activists who often wear blue.

Abortion rights and anti-abortion demonstrators gathered in separate, designated areas under tight security. They wore masks as part of efforts to curb the spread of COVID-19.

The bill would pass in the lower house if just over half of the 257 lawmakers approve it in a vote expected early Friday. More than half of the 72 lawmakers in the Senate must then approve the bill for it to become law; they are expected to vote in coming days. 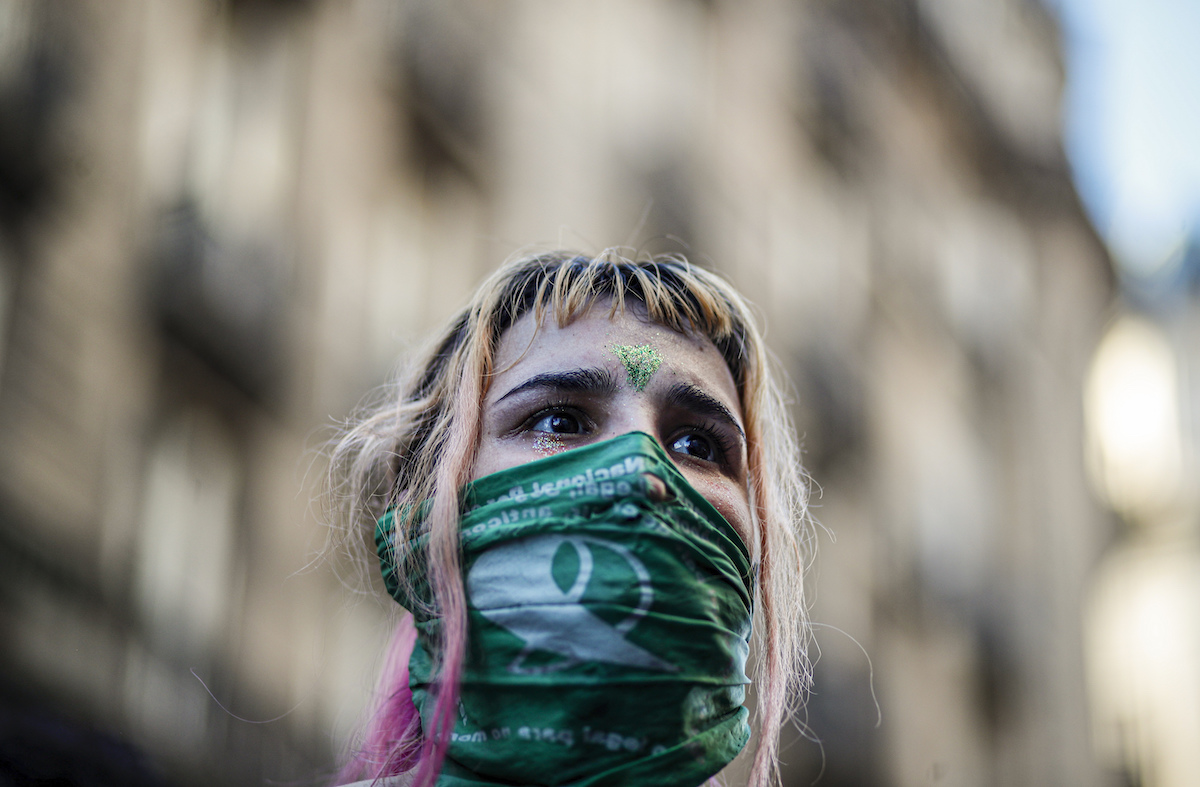 An abortion activist participates in a demonstration for the decriminalization of abortion, outside Congress as lawmakers debate a bill on its legalization, in Buenos Aires, Argentina, Thursday, December 10, 2020. (AP Photo/Natacha Pisarenko)

In hopes of winning more votes, legislators who support the bill made last-minute changes to the text that would allow private clinics in which all medical workers oppose abortion rights to refrain from providing the procedure. Such clinics, though, would be required to refer women to another facility that does abortion procedures.

Minors under 16 years old who seek an abortion can exercise “their rights through their legal representatives,” according to the bill. They can seek “legal assistance” in cases of “conflict of interest” with those representatives, it says.