The Unbearable Latinx Whiteness of It All (OPINION) 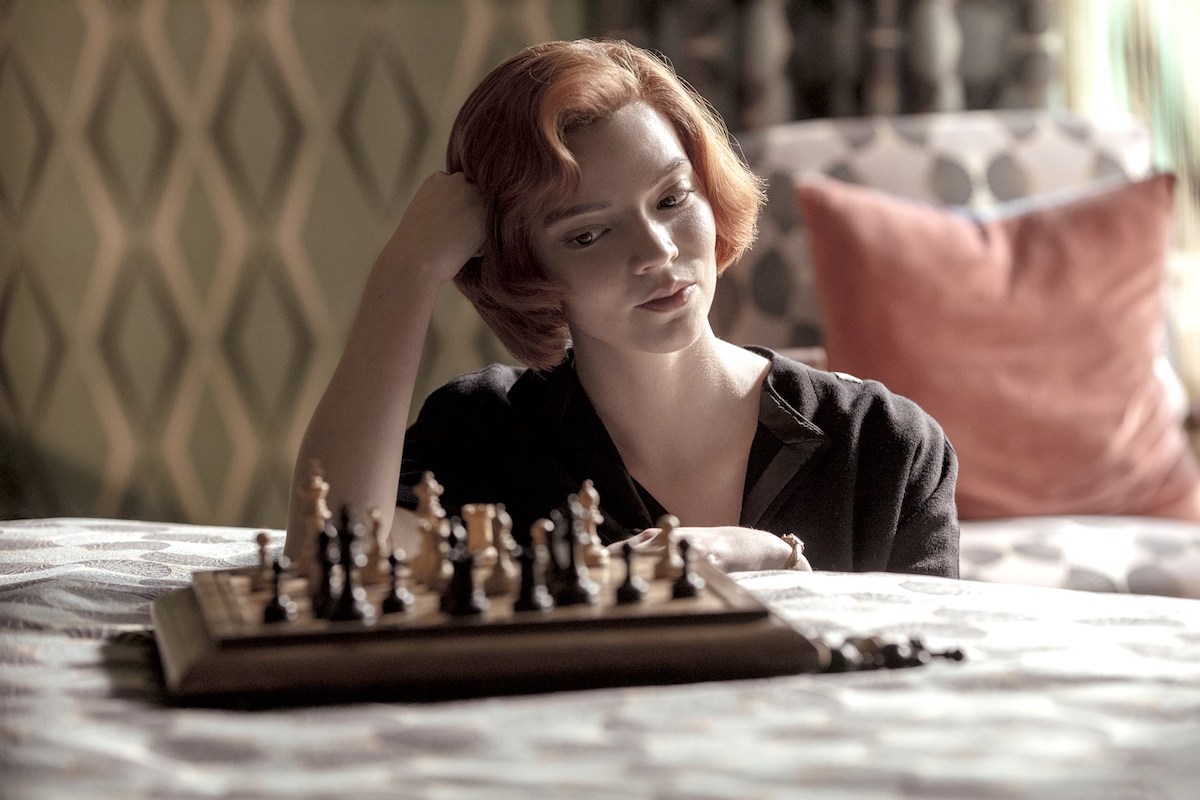 With the Golden Globes nominations out last Wednesday (and SAG and BAFTA not far behind), we’re officially in awards season again. It looks like it could be Latina Anya Taylor-Joy’s year, what with her star performances in The Queen’s Gambit and Emma. Awards favorite Lin-Manuel Miranda is at it again as well, thanks to the film version of Hamilton.

I’m rooting for them, proud that their excellence is representing our community. But I can’t help but notice the unbearable lightness of it all. Taylor-Joy’s characters aren’t Latina despite her Argentinan roots. She plays Anglos in both productions, the titular Emma in the most recent Jane Austen adaptation and a white (endearingly referred to as a “cracker”) Kentuckian in The Queen’s Gambit. In that one, her character even goes to Mexico and we hear her speaking that terrible gringo Spanish, all stilted consonants and jagged R’s. It must have been a bit of a gag to native Spanish speaker Taylor-Joy but I can’t help but wonder if she’ll get leading parts that show off her latinidad instead of hiding it (and if awards recognition will be as forthcoming).

And Miranda, well, let’s just say he’s the fairest guy in the cast. Hamilton swept the nation as a Broadway show and the movie version did well even if the cultural zeitgeist seems to have moved on, critiquing Miranda’s vision of POC founder-heroes as erasing our racist roots rather than righting them. But the big issue isn’t their settings or character’s lineage, it’s their whiteness.

Latinxs are still vastly underrepresented in Hollywood and even more so in awards shows and when we do show up, it’s frustrating that too often it’s the most white-palatable version of us. The fair-skinned ingenue. The swarthy founding father. It’s unacceptable and not representative of our community—not how we look, not the talent we bring, not who we are. Consider this your friendly reminder that NO Latina has won an Oscar for acting since Rita Moreno took Best Supporting in 1961 for West Side Story. Yes, that was SIXTY years ago, and no, we’ve never won for leading lady.

Yes, two years ago Jharrel Jerome became the first Afro-Latino to win an Emmy for his role in When They See Us. And yes, this year’s awards favorite Ma Rainey’s Black Bottom was adapted by Afro-Latino writer (and Tony-winning actor) Ruben Santiago-Hudson and features Afro-Latino Colman Domingo in a supporting role. Santiago-Hudson is longlisted for a BAFTA and Domingo got a SAG nod as part of the film’s best-ensemble performance nomination. But it’s hardly the marquee recognition I’m angling for, even if that may come later this awards season.

You may also note that all this talent recognition is going to men. The path for women is still incredibly narrow and meeting a white Anglo standard of beauty is practically a prerequisite. Look at the acting nominees for this year’s Globes. It’s not just that they are overwhelmingly white (although it is that—of the 33 actresses nominated, two are Black, none are Asian, and one, the white Taylor-Joy, is Latina). It’s that the nominations seem to have gone to the same big-eyed, pale-haired woman, just at different life stages. The Globes did better with the men and the BAFTAs and SAGs did better overall but it all leaves much to be desired.

Some folks argue these awards show focus on quality and so cannot prioritize diversity but I’d argue they are picking along racial lines—white ones. Otherwise, Michaela Coel’s I May Destroy You would be rounding the bases, not scrounging up nominations few and far between. And so would Tanya Saracho’s Vida, Tessa Thompson in everything she does (this year being Sylvie’s Love), and the lead of the phenomenal La Llorona (in addition to its foreign-language nomination). And that’s just Latinas! Award darling Killing Eve stars two women, both formidable but only the white one has gotten nominated this year. Remember last year when Parasite won the Best Picture Oscar but somehow none of its (non-white) talent was so much as nominated? The list (and the hypocrisy) goes on.

There’s also the supply-side argument—it’s not the awards show’s fault, white is just what the industry produces. To which, I say, let’s fix both. Remember when Yalitza Aparicio was the first indigenous person to be nominated for the Best Actress Oscar? Way back in 2019? That shouldn’t be the case. And also, why hasn’t she been in any more movies? I’d watch her in literally anything. We need more parts for her and people who look like her, along with awards.

Hollywood’s been talking about diversity and inclusion and it’s past time they actually made the change. The proof is in the pudding and their pudding still ain’t got no spice.

One response to “The Unbearable Latinx Whiteness of It All (OPINION)”