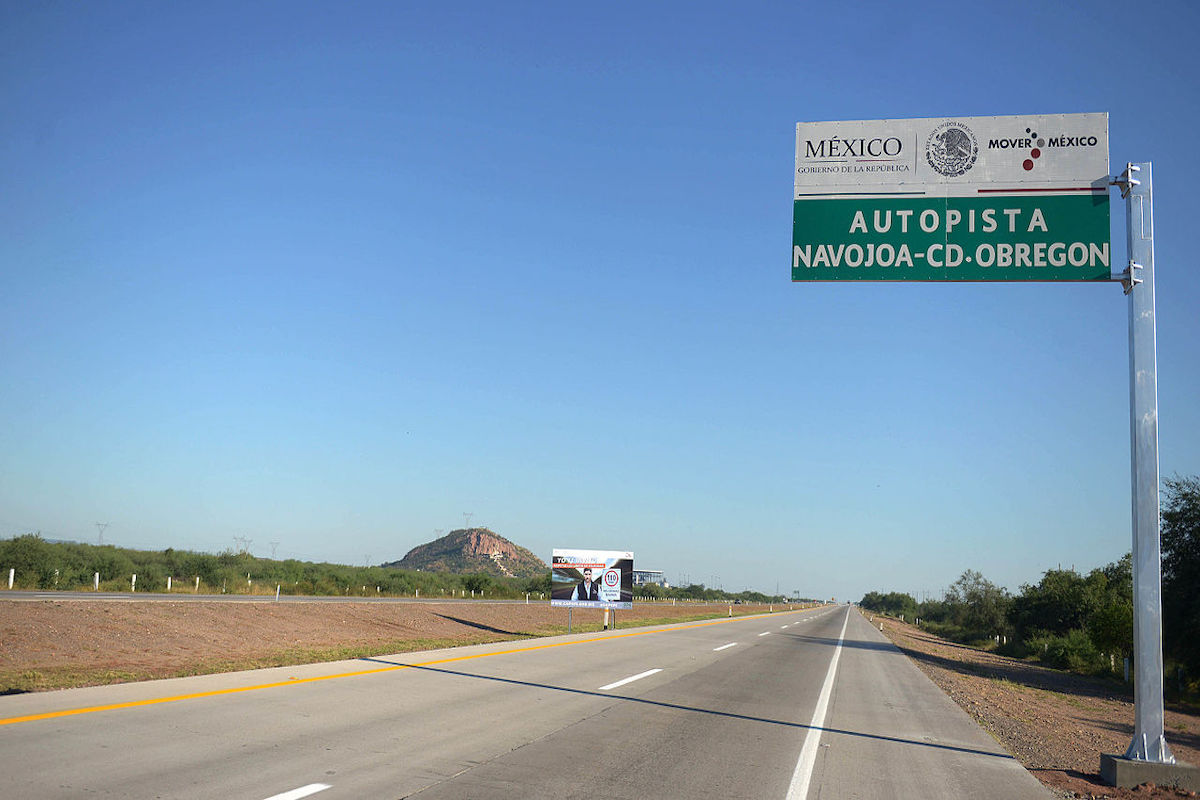 Highway near Ciudad Obregón in the Mexican state of Sonora (Photo via Presidencia de la República Mexicana/CC BY 2.0)

MEXICO CITY (AP) — The conflict over highway blockades by members of the Yaqui group in northern Mexico has come to a head with the death of an Indigenous man killed by a trucker at a roadblock.

The Yaquis were once one of the most persecuted indigenous groups in Mexico and have been protesting for years over land and water being taken by outsiders.

But businessmen and truckers in Sonora state complained Tuesday of abuse and violence at the roadblocks. Some truckers say protesters demand money to allow them to travel a main highway that leads to the industrial hub of Hermosillo, and from there to the U.S. border.

“The Yaqui roadblocks in Sonora seriously affect the movement of raw materials, high-value merchandise and even export trade,” the federation of industrial chambers said in a statement.

“That is causing uncertainty, added costs and the failure to deliver on contracts that have repercussion for production chains in the three countries of important trade agreements” like the USMCA pact with Mexico and Canada that replaced the old NAFTA trade agreement.

The group said the route is key for the import and export of autos and auto parts, electronics and other goods, and called on the government to solve the dispute.

Many Yaquis are angry that gas ducts, water pipelines and railway lines have been run across their territory without consulting them or giving them much benefit. Some now demand a large payout. Others are negotiating with the government for housing, water and schools.

The issue has been smoldering for years and got worse in August. It came to a head last week when a truck plowed past a Yaqui roadblock, killing one member of the group.

Sonora state prosecutors said the truck driver was arrested and an investigation was underway to determine whether the death of the 32-year-old Yaqui man was accidental or not.

But angry comments in local newspaper comment sections after the man’s death suggested that many locals have lost patience with the protests.

In August, businessmen complained that a Yaqui blockade of a key rail line carrying autos, gain and other commodities to the U.S. border was causing millions of dollars in losses.

President Andrés Manuel López Obrador suggested those blocking the railway line were being manipulated by politicians or outsiders and in August, he traveled to Yaqui territory for the establishment of the Justice Commission for the Yaqui People.

The commission has promised housing, development projects and a greater voice for the impoverished Yaqui communities, but some Yaquis aren’t participating in the talks and the agreement has not quelled the protests.

Perhaps best known abroad for the mystical and visionary powers ascribed to them by writer Carlos Castaneda, the Yaquis stubbornly fought the Mexican government’s brutal campaign to eliminate the tribe in the late 1800s and early 1900s.

But they were largely defeated by 1900, and dictator Porfirio Diaz began moving them off their fertile farmland to less valuable territory or to virtual enslavement on haciendas as far away as the far eastern state of Yucatan.